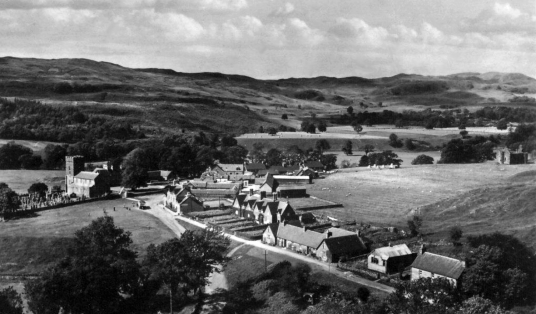 Kilmartin Castle is a small, formerly ruined, 16th-century Z-plan tower house. It consists of a main block of three storeys, with projecting round towers at opposite corners. A small stair-tower stands against one side of the main block. The walls are pierced by shot-holes, and the windows still have iron yetts.
The entrance leads to the vaulted basement, which contains three chambers, one the kitchen, linked by a passage. A turnpike stair climbs to all floors in one of the round towers. The hall, with a large fireplace, was on the first floor of the main block, and had an adjoining private chamber. There were more private rooms above the hall.
The castle is accurately depicted on Pont’s map of mid Argyll, along with the church. 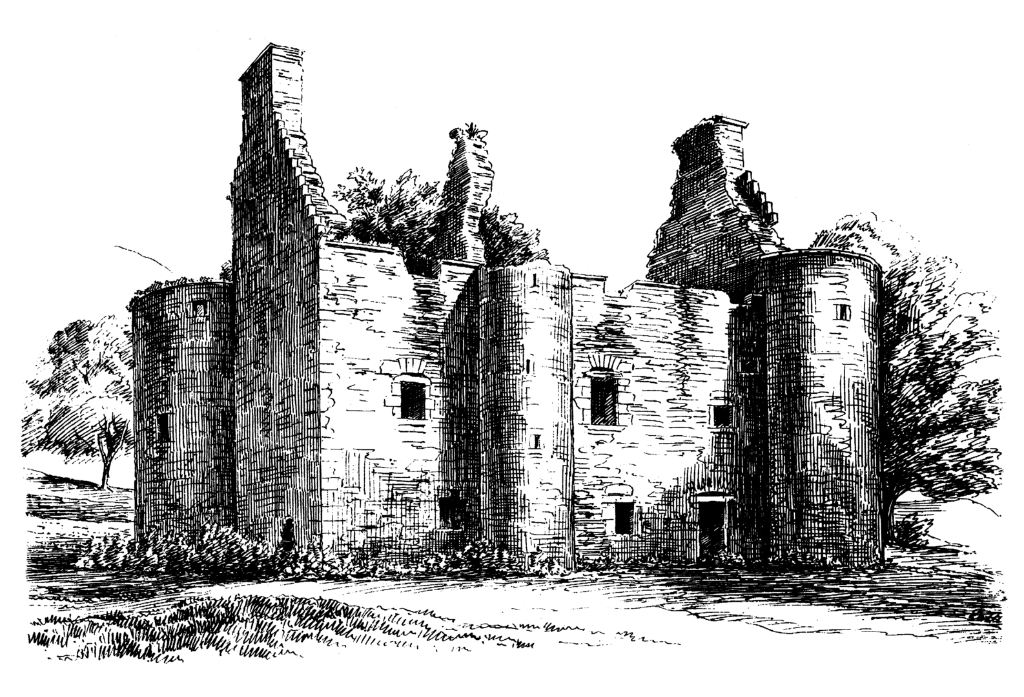 The castle was the residence of John Carswell, who moved to Carnasserie Castle when made Protestant Bishop of the Isles. It had passed to the Campbells by 1674, and Alexander Campbell of Kilmartin is on record four years later. The lands were pillaged in 1685. Archibald Campbell of Kilmartin signed an oath of allegiance to George I in 1715. The Campbells held the castle until 1922. 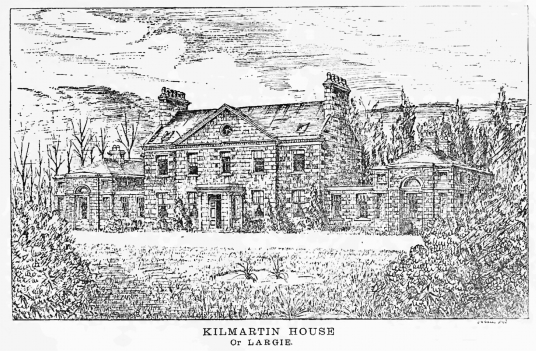 Kilmartin House [NR 832998] dated from around the middle of the 18th century, but this building has been demolished. It was owned by the Malcolms of Poltalloch, who later moved to Poltalloch House and then to Duntrune Castle. 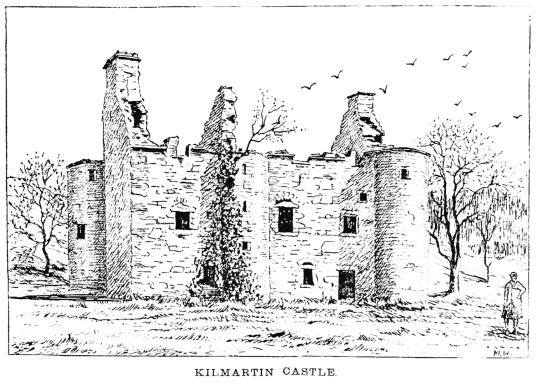 Kilmartin Castle has been restored as a residence, and the castle and one acre of grounds were on the market for £375,000 in 2014. The castle can be seen from the main road, and may be rented through Airb&b.
Kilmartin Parish Church [NR 834988] is a fine building dating from 1835 but on an ancient site. There is a fine collection of carved stones including two stone carved crosses and burial slabs. The Malcolms of Poltalloch (and then Duntrune) had a loft here, and were buried in the graveyard.

Kilmartin Museum is also in the village, and in the valley is a magnificent array of prehistoric sites including the fort of Dunadd, chambered cairns, stone circles and settings, and cup and ring marks, most of which can be visited.