Ayrshire: In Maybole, near junction of A77 with B7023, in High Street/Castle Street of the town, at Maybole Castle. 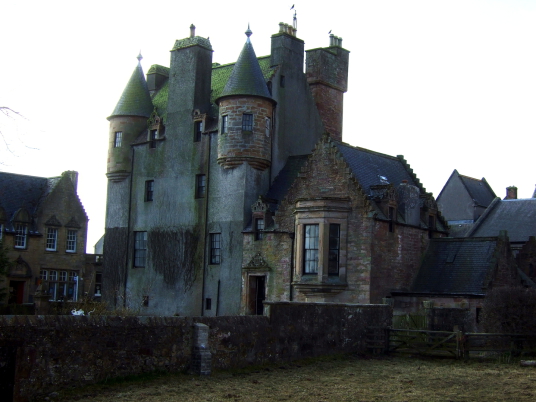 Impressive but gloomy, Maybole Castle is an altered and somewhat glowering 16th-century L-plan tower house of four storeys and a garret, to which has been added a lower wing. Large round bartizans are corbelled out at two corners. There is much fine decorative stonework, and the walls are as much as 7 foot thick. 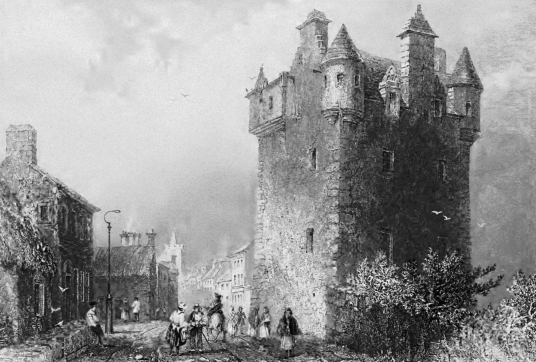 The original entrance, at the foot of the stair-tower, opened into the vaulted basement. The hall was on the first floor, and the chambers on the upper floors were subdivided. Much of the interior is panelled. 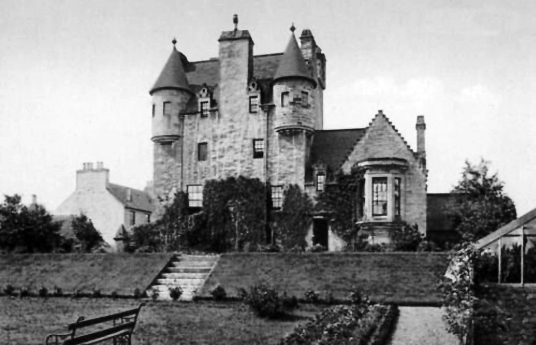 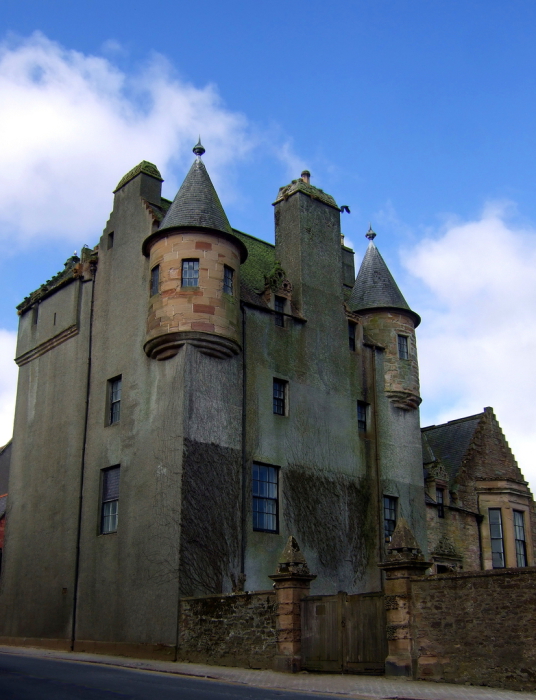 ‘Minnyboll’ is marked as a settlement on Blaeu’s map of Carrick.
The tower was probably built by Gilbert Kennedy, 5th Earl of Cassillis, and High Lord Treasurer of Scotland. The Kennedys were known as the Kings of Carrick because they held so much land in the area and could lord it over most of Carrick (also see Cassillis House and Culzean Castle). 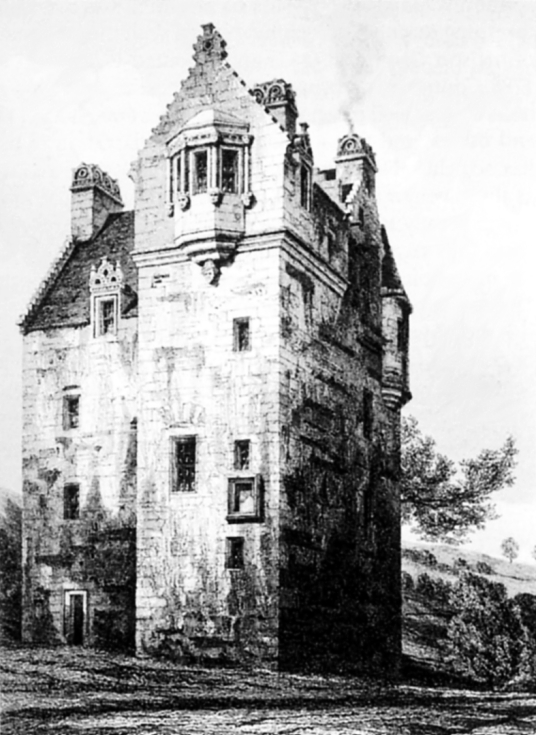 It was at the castle that traditionally Lady Jean Hamilton, wife of the 6th Earl of Cassillis, was imprisoned after she had run off with Sir Johnnie Faa, King of the Gypsies. Cassillis pursued and caught them, and hanged Faa and his followers from the gallows tree at Maybole – making his wife watch. The story is recounted in an old ballad, and Cassillis House has also been given as the location, although there is no other evidence for the story. The ‘Countess’s Room’ at the top of the tower is traditionally said to be where Jean was imprisoned. 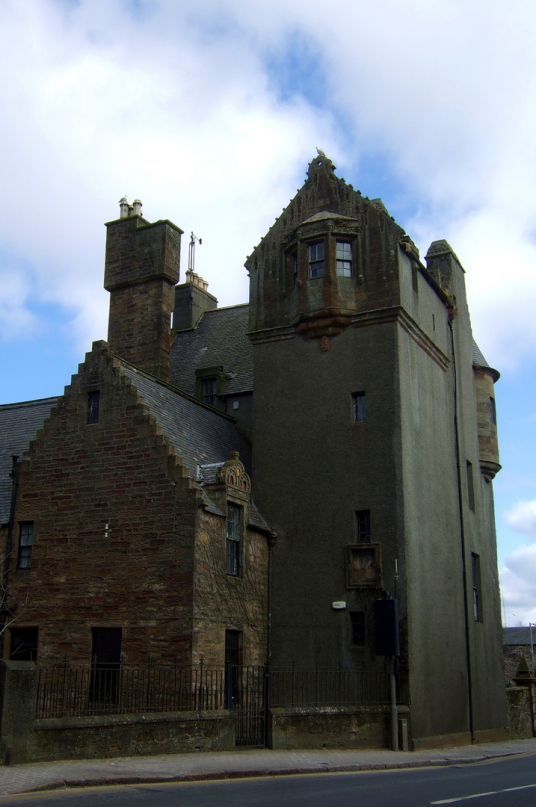 Although abandoned and derelict at one time, the house is in good condition, and used as the factor house for the estates of the Kennedy Marquis of Ailsa.
Maybole formerly had several fine town houses, including those of Kennedy of Knockdaw, Culzean, and Ballimore.

Maybole Collegiate Church [NS 301099] was founded by John Kennedy of Dunure in 1382 and was still in use in 1564. The building was later used as the burial place for the Earls of Cassillis, but is now ruinous although in the care of HES.