Ayrshire: In Irvine, just south of Main Street in Seagate, south of A737, west of the River Irvine, at Seagate Castle. 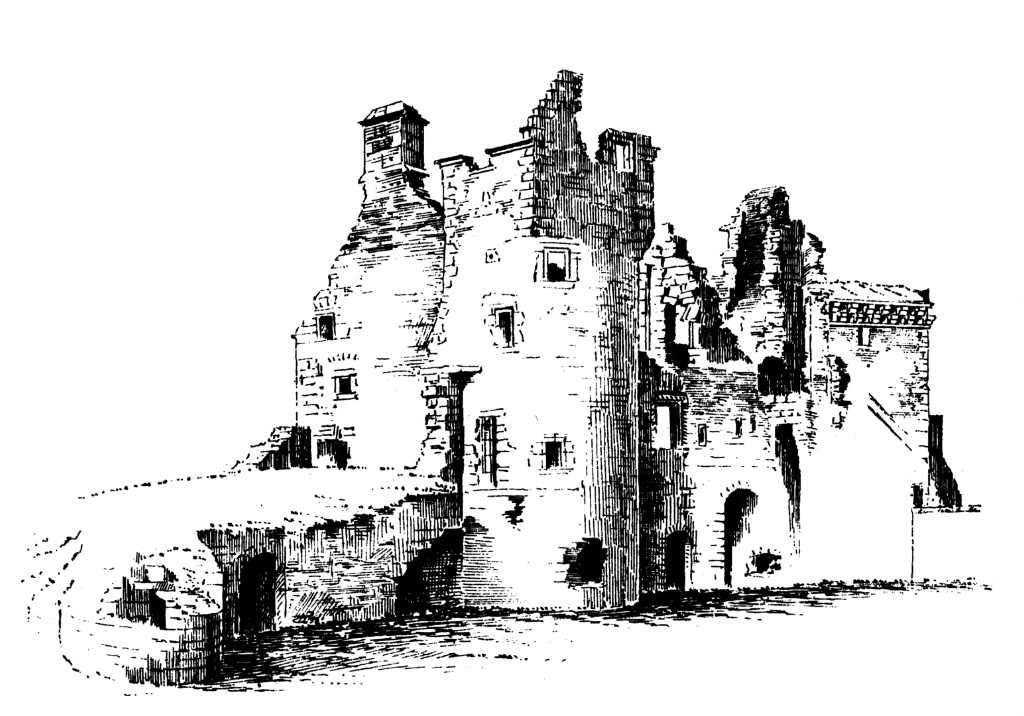 Probably on the site of the original 12th-century castle of Irvine, Seagate Castle is a ruined 16th-century tower and town house. It consists of a main block of three storeys with three projecting towers, two round and one triangular. Corbelling for a parapet survives, although this has been overbuilt. One round tower, containing a stair, is corbelled out to square and crowned by a ruined watch-chamber. There has been a courtyard and wall, enclosing other ranges of buildings. 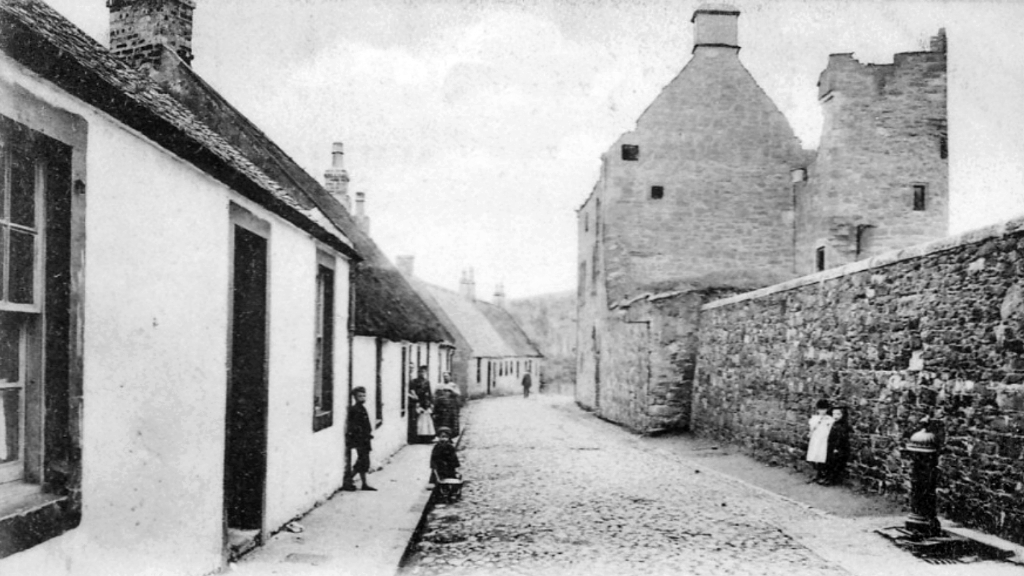 The moulded entrance leads to a ribbed-vaulted pend, through the main block of the castle to the courtyard, and is defended by vaulted guardrooms. The kitchen, in the basement, has a deep-arched fireplace. The hall, on the first floor, has been a fine chamber. The private chambers, occupying the upper floors, were reached by the turnpike stair in the round tower. There is a pit-prison, in the thickness of the wall, which was reached by a trapdoor from the chamber above the kitchen.
‘Irrwin’ is marked on Blaeu’s map of Cunningham.

The Treaty of Irvine may have been signed here in 1297, which brought peace for a while between the Scots and English during the Wars of Independence. The existing castle was built by the Montgomerys, later Earls of Eglinton, who held the property from around 1361. Mary, Queen of Scots, visited the castle in 1563. The place was occupied until about 1746, mostly as a dower house, when Alexander, 10th Earl, had the roof removed, and the timbers used for a church in Ardrossan.
There are said to be tunnels linking Seagate to Stane Castle and even Dundonald Castle.