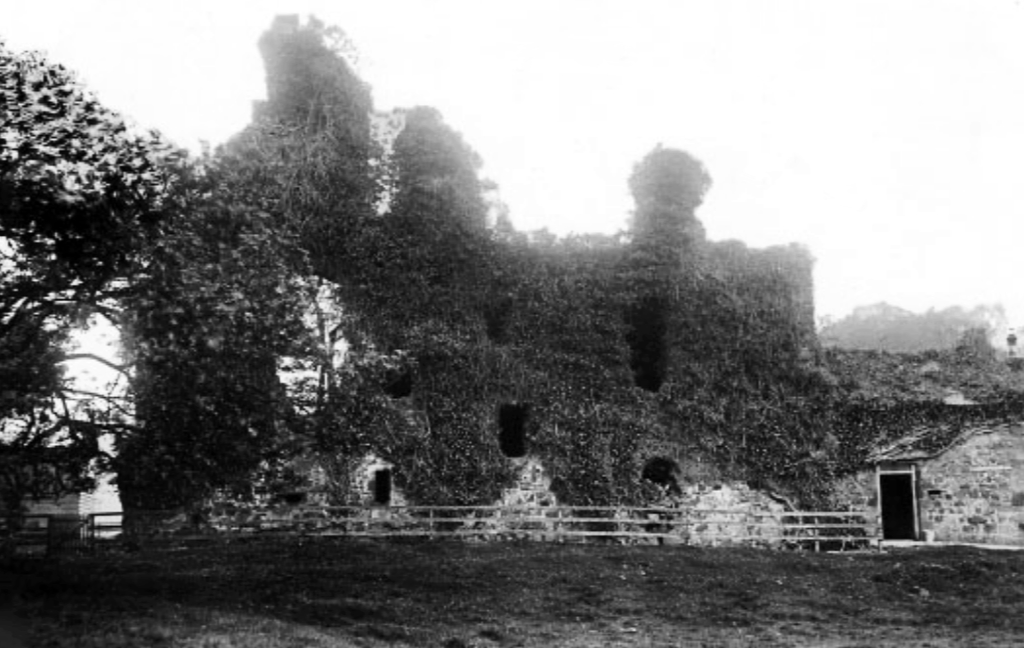 Pronounced ‘Gecht’, Gight Castle is a ruined, crumbling and overgrown 16th-century L-plan tower house, with ranges of outbuildings of a later date. The basement of the tower is vaulted, a long passage running through the building to a turnpike stair. The hall was on the first floor.
The Gordons built the castle in the 1570s, and were an unruly bunch. The 1st Laird, William Gordon, was killed at the Battle of Flodden in 1513. William Gordon of Gight was one of those who slew the Bonnie Earl of Moray at Donibristle,  slashing him across the face with his sword, and getting the famous retort from the dying Moray: ‘You have spoilt a better face than your own.’

George, 6th laird, broke his sword across the head of Laird of Leask, harassed his second wife’s mother to change her will in his favour (at pain of death), and tried to extort money out of his first wife’s brother. Rothiemay Castle was attacked by George Gordon of Gight in 1618. The 7th laird, another George, was a tax collector but, after virtually plundering the burgh of Banff, kept all the money.
Catherine Gordon married John Byron, but in 1787 had to sell Gight to pay off his gambling debts. Their son was the poet Lord Byron, another George (Gordon Byron). The Gordon Earl of Aberdeen acquired the castle, and it is on the Haddo estate.
Ghostly pipes can reputedly be heard from a piper sent to explore a passage under the castle, but who never returned, and was never seen again.