Lothians: About 1.5 miles south-west of South Queensferry, on minor road west of B8000, just north of Dundas Loch, at Dundas Castle. 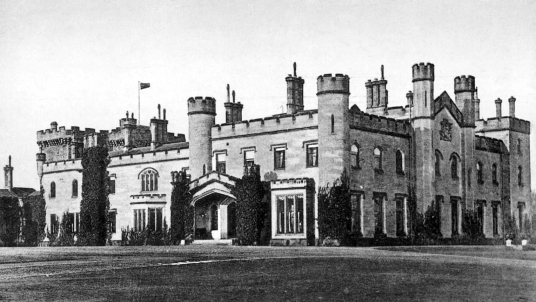 Dundas Castle or Tower is a massive 15th-century tower of four storeys and a flat roof, now L-plan(ish) with the addition of a later wing. A round caphouse with a rib-vaulted ceiling crowns the main turnpike stair. The corbelled-out parapet has open rounds at the corner. 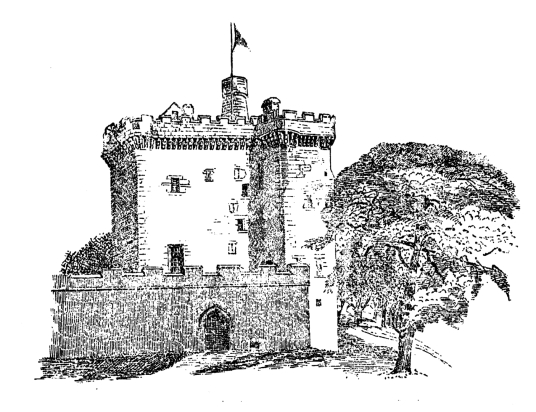 The entrance, in the re-entrant angle, still has an iron yett. The basement is vaulted and has a stair, in one corner, which leads to the hall on the first floor. The castle has been greatly altered inside with brick partition walls. The main stair climbs only to the first floor. There were fine private chambers above the hall, some of them vaulted.
‘Dundas’ is marked prominently on Blaeu’s map of The Lothians. 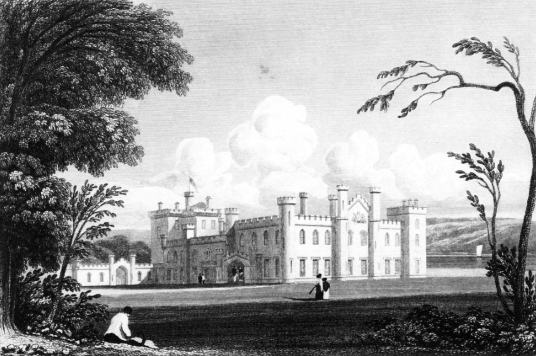 The Dundas family held the lands from about 1124 until 1846, and built the castle in 1424. It was besieged in 1449, and was visited by both Charles II and Cromwell in 1651. The castle was abandoned for a new house, itself demolished when the adjacent imposing baronial Gothic mansion, designed by William Burn, was built in 1818, and the tower was later converted for use as a distillery. The tower has been restored and, with the mansion, forms an attractive rambling edifice.
The Dundas family lost the property in 1846, and the house was sold to the Stewarts in 1875, and is now held by the Stewart-Clarks.
There is said to have been an underground passage leading to the Carmelite Priory Church at South Queensferry.