Duffus Castle, an interesting old ruinous medieval stronghold with a tower on a large motte and the remains of other building, held by the Sutherland family and near Elgin in Moray in northern Scotland. 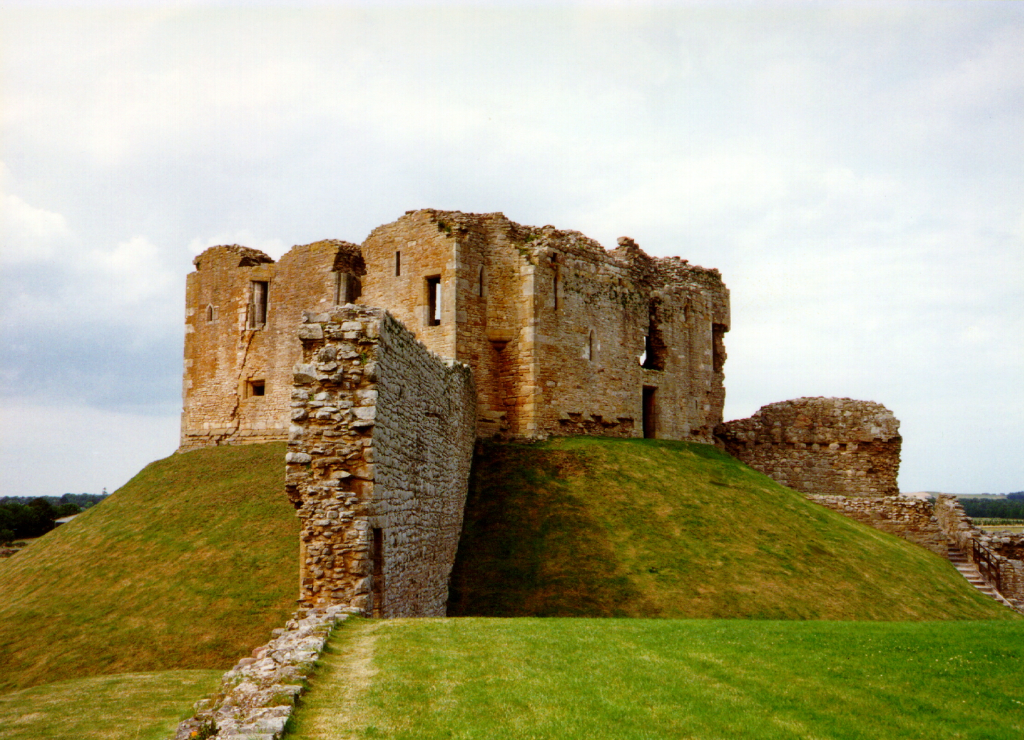 Moray: About 3 miles north-west of Elgin, on minor roads east of B9012 or west of B9135, 1.5 miles east of Duffus, south of Lossiemouth Airfield, at Old Duffus, at Duffus Castle.

OPEN: Access at all reasonable times – short walk. St Peter’s Church is also in the care of HES and open to the public.
Tel: 01667 460232   Web: www.historicenvironment.scot 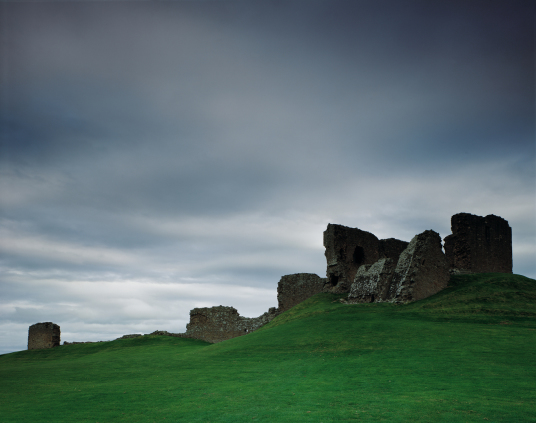 Duffus Castle (© and many thanks to Tom Wolf, www.tom-wolf.com)

One of the best examples of a 12th-century motte and bailey castle in Scotland, Duffus Castle consists of an extensive outer bailey with a wet moat, a walled and ditched inner bailey, and a large motte. On the motte was built a square 14th-century stone shell-keep of two storeys. There were ranges of buildings in the outer bailey, which were occupied as the main residence of the castle. The motte was not strong enough to support the keep and part has collapsed down the slope. The castle was surrounded by the now drained Loch of Spynie. 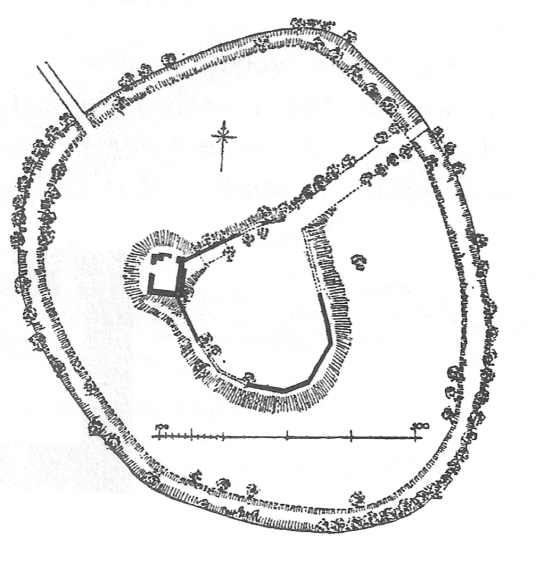 ‘Duffous Cast.’ is shown as a large tower with outbuildings or a courtyard on Pont’s map of Moray and Nairn. 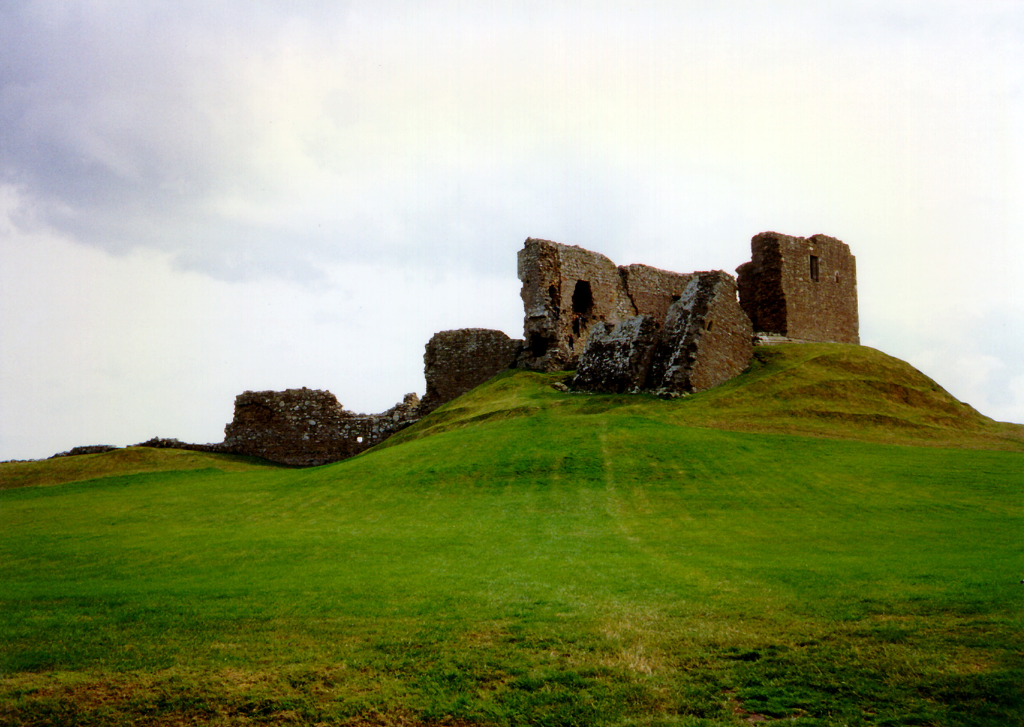 The original castle was built by Freskin, Lord of Strathbrock, a Fleming who also held property in West Lothian and elsewhere, from whom both the Murrays and the Sutherlands were descended. David I stayed here while supervising the construction of nearby Kinloss Abbey. 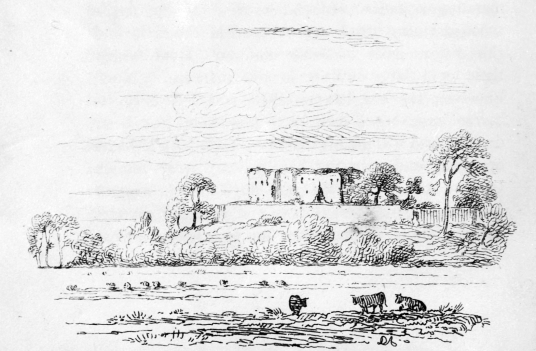 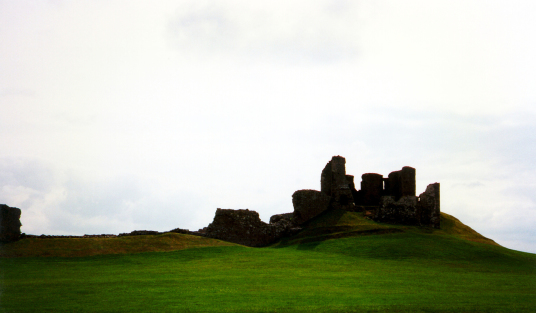 The castle was destroyed by the Scots in 1297, but was rebuilt in stone bySir Reginal Cheyne, lord of Inverugie, in the late 13th or early 14th century. The property passed by marriage to the Sutherland Lord Duffus in 1350, and the family held the property until 1843. The tower began to slip down the motte at a relatively early date, and a new residence was built to the north of the bailey. 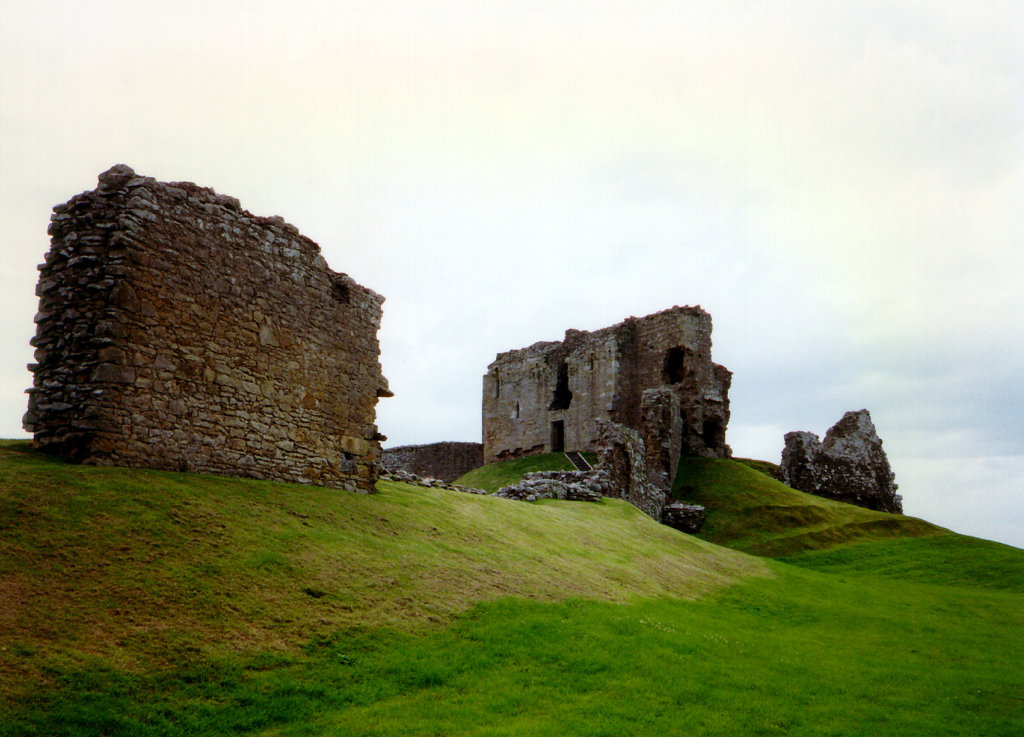 The castle was sacked in 1452 by the Douglas Earl of Moray, and then in 1645 by Royalists. John Graham of Claverhouse, ‘Bonnie Dundee’ stayed here in 1689 as a guest of James Sutherland, Lord Duffus, before going on to lead the victorious Jacobite force at the Battle of Killiecrankie, although Claverhouse was slain during the fighting. 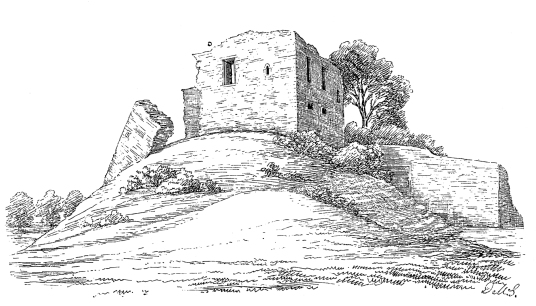 The castle was abandoned for nearby Duffus House [NJ 176685] at the end of the 17th century, although this mansion of three storeys and an attic was altered in 1840. This was later held by the Dunbars of Thunderton, and the house is now a boarding house for Gordonstoun School. 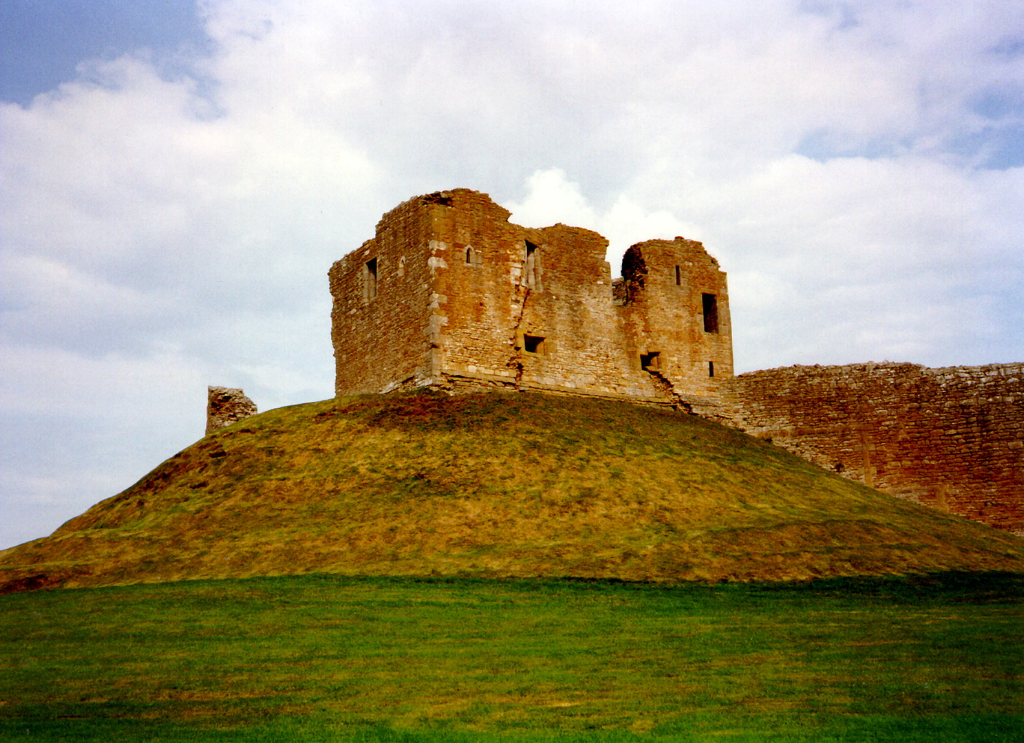 Some stories have the castle being haunted, and there is an account from 1996 when a young visitor to the castle reputedly saw the friendly apparition of a red-haired woman. 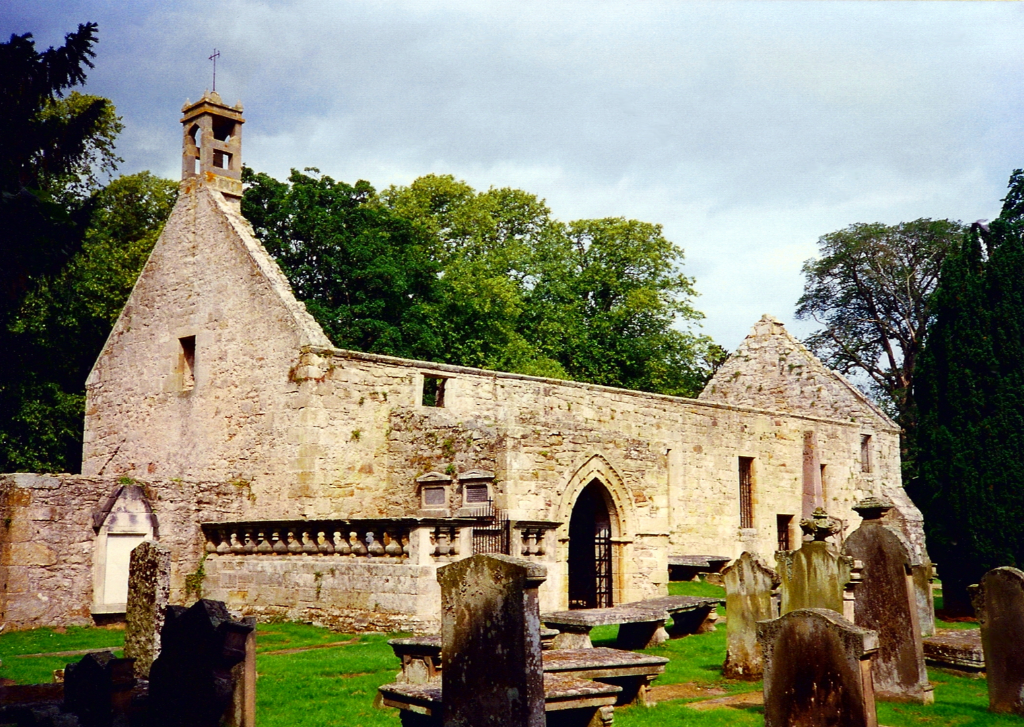 The Sutherlands of Duffus have a burial aisle at St Peter’s Church [NJ 175688] at (Old) Duffus. This is also in the care of HES and open to the public, and is set in an idyllic wooded location. The ruinous church stands in an old burial ground with a rare medieval market cross and many interesting memorials.