Argyll & Dunbartonshire: About 5 miles east of Inveraray, on minor roads west of A83 or north of A815, south bank of Loch Fyne, to west of Cairndow, at Ardkinglas House and Woodland Gardens. 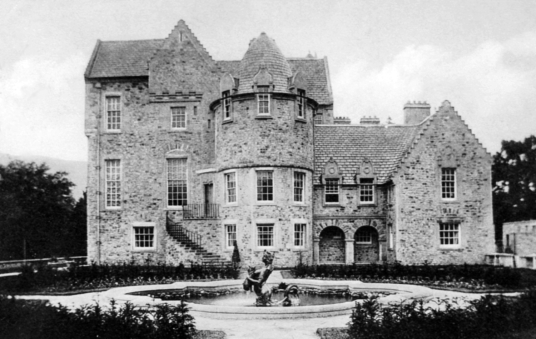 Site of castle of enclosure, which was demolished before 1798, but a vestige of which survived in the 19th century. It is marked on Pont’s map of Dunoon and Inveraray, and had three towers in a courtyard surrounded by a wall. The castle may have dated from the end of the 14th century, and it is known to have been repaired in 1586. 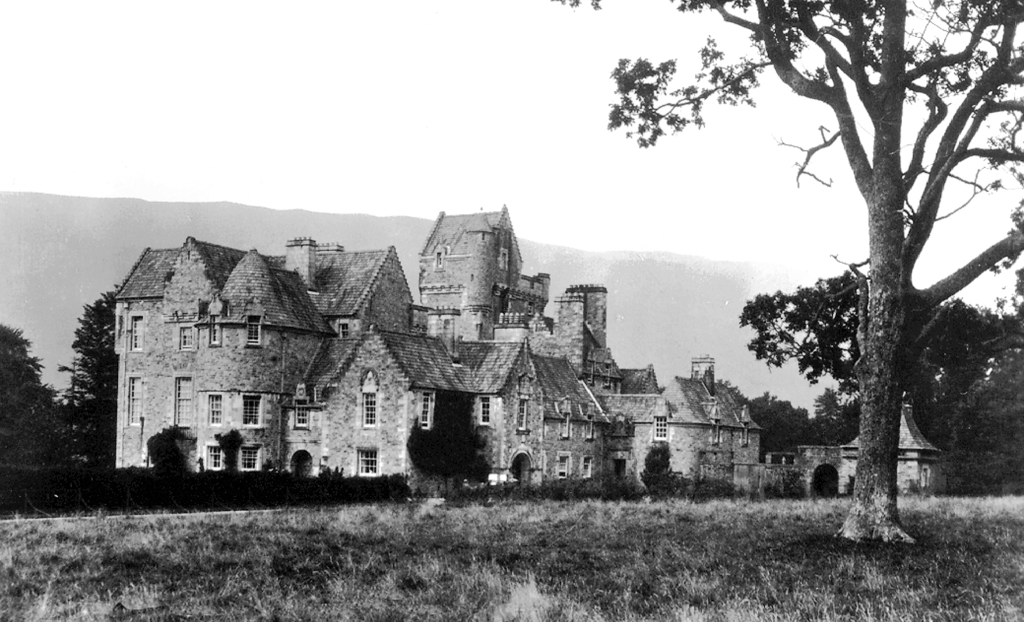 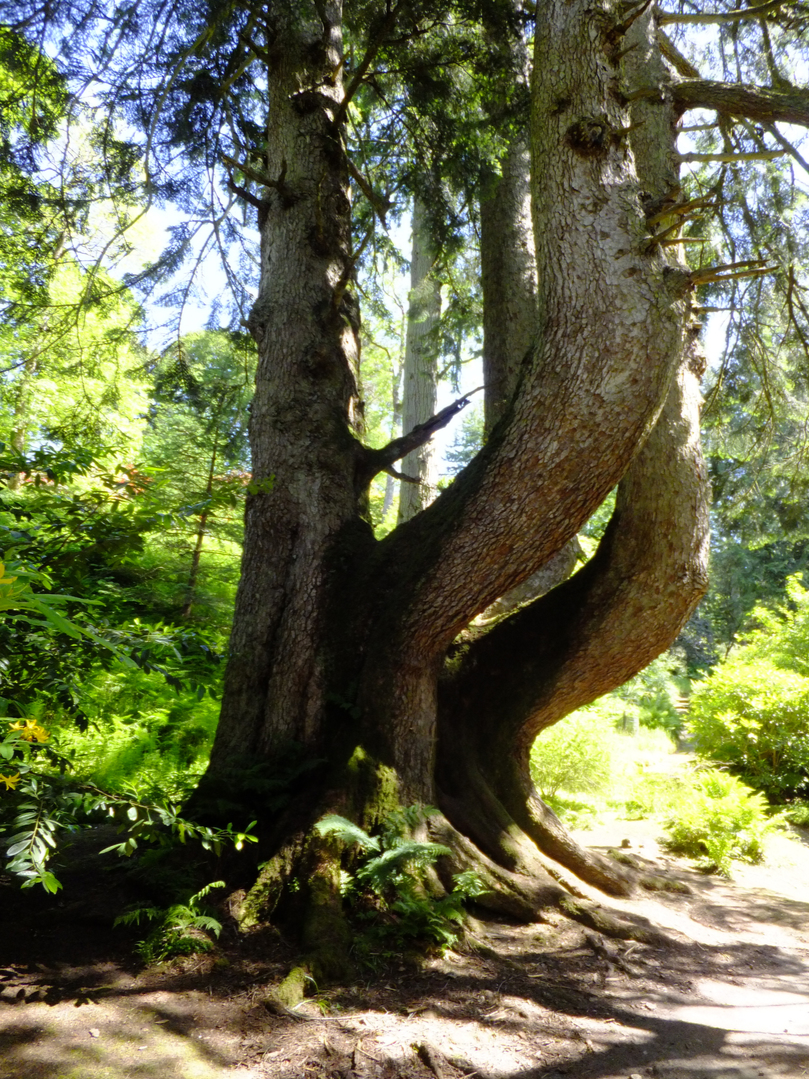 The castle at Ardkinglas was replaced by a nearby house, built around 1795 but itself destroyed by fire in 1831. This was in turn replaced by a new mansion, some of which is incorporated in the present Ardkinglas House. This was built in 1906 and was designed by Sir Robert Lorimer for Sir Andrew Noble, and is an attractive rambling baronial edifice with corbiestepped gables and dormer windows.

The house and estate was used as a location in the 2007 movie The Water Horse (although much of the flim, based on the book by Dick King-Smith and set in Scotland, was actually filmed in New Zealand). 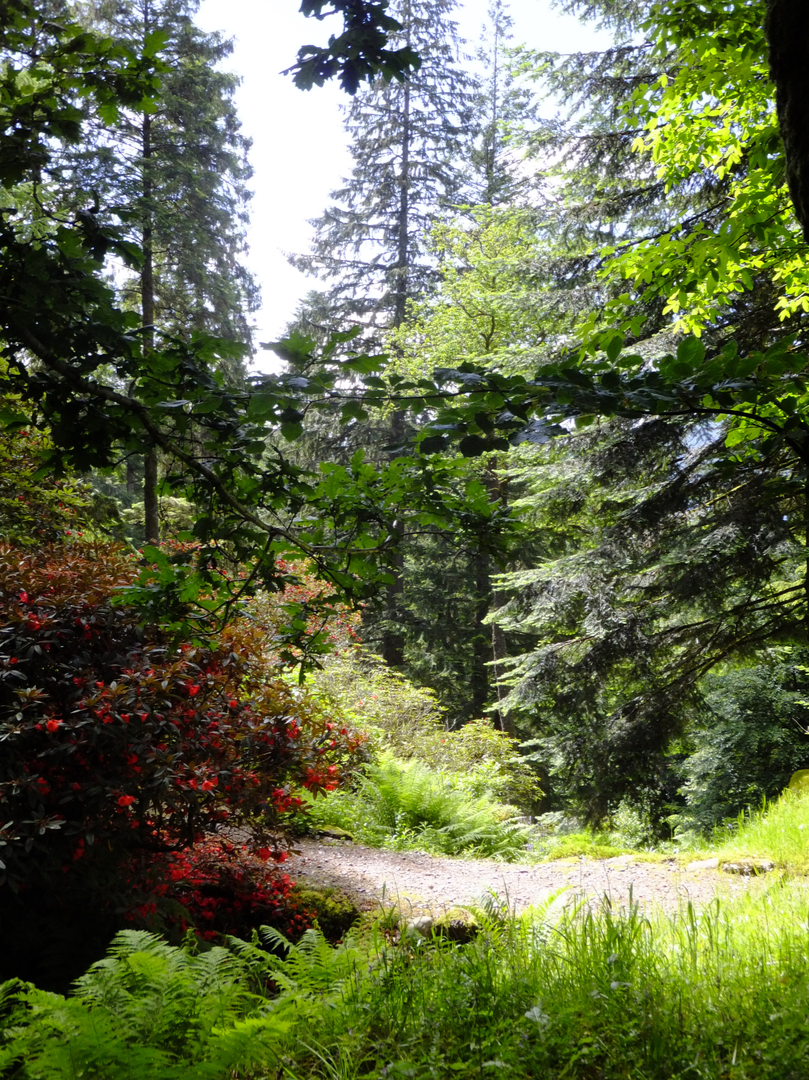 There is a monument to the Campbells of Ardkinglas in Lochgoilhead Kirk [NN 198015], and they had a burial aisle here, although this was demolished in 1850.
The picturesque, enchanting and potentially very midgey woodland garden has a fine collection of rhododendrons and conifers, including (reputedly) the tallest tree in Scotland.