Lothians: About 3 miles east and north of Linlithgow, on minor road north of A904, west of B9109, at The Binns.

Abercorn Church: view from exterior. The church is now closed to the public after items were thieved from it. 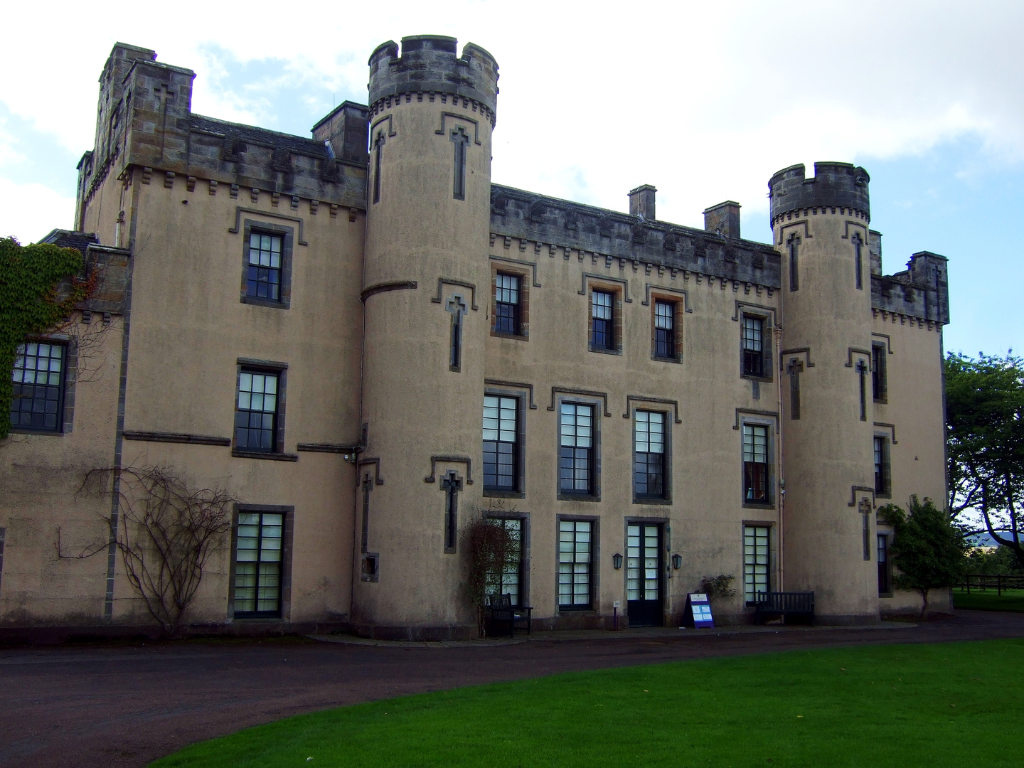 Standing on the site of a 15th-century castle, The Binns, a large castellated mansion of three storeys washed in a delicate pink, was built between 1612 and 1630, with additions later in the 17th century, in the 1740s, and the 1820s. It has fine plaster ceilings from the 17th century. The house stands in 260 acres of landscaped parkland overlooking the Forth. 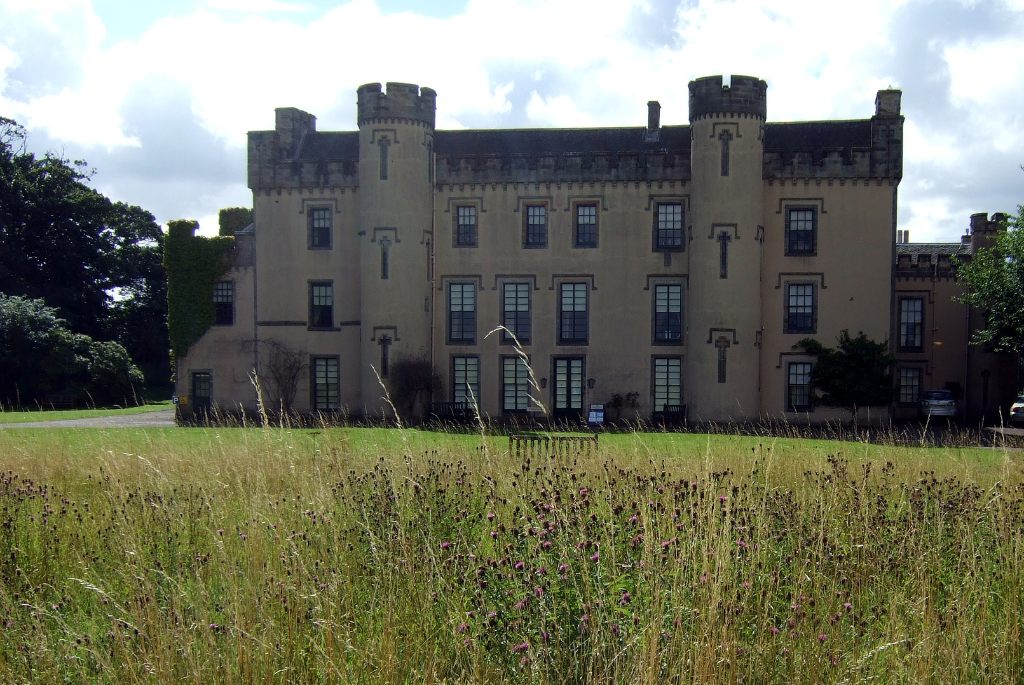 ‘Binns’ is marked on Blaeu’s map of The Lothians, then on Adair’s map of West Lothian when it is depicted with gardens, woodland and a large enclosure to the south. 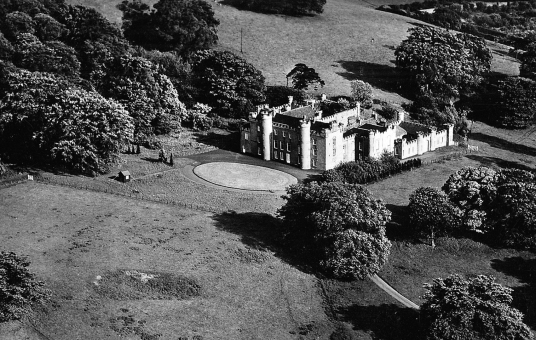 The Binns was a property of the Livingstones of Kilsyth, but was sold to the Dalziels in 1612. General Tom Dalziel of The Binns was taken prisoner in 1651 at the Battle of Worcester – when an army under Charles II was defeated by Cromwell – but escaped from the Tower of London, and joined the Royalist rising of 1654. He went into exile when the rising collapsed, and served in the Russian army with the Tsar’s cossacks, when he is reputed to have roasted prisoners over open fires, and later to have introduced thumbscrews to Scotland. Returning after the Restoration, Dalziel was made commander of forces in Scotland from 1666 to 1685. He led the force that defeated the Covenanters at the Battle of Rullion Green in 1666, and raised the Royal Scots Greys here in 1681. 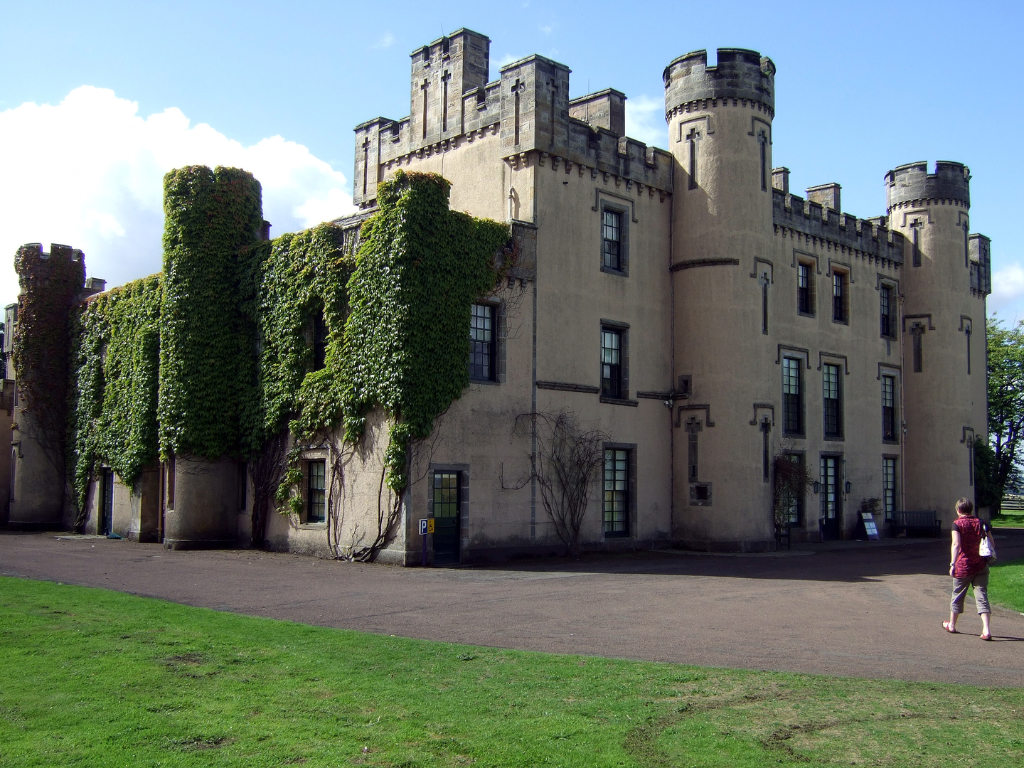 The Dalziels are buried in a vault at Abercorn Church [NT 083792], dating from 1618 and including Tam, and there is also the Hopetoun Aisle of 1707 with fine mural monuments. The present church, which is dedicated to St Serf, dates from the Reformation to the present day.
The house was presented to The National Trust for Scotland in 1944.