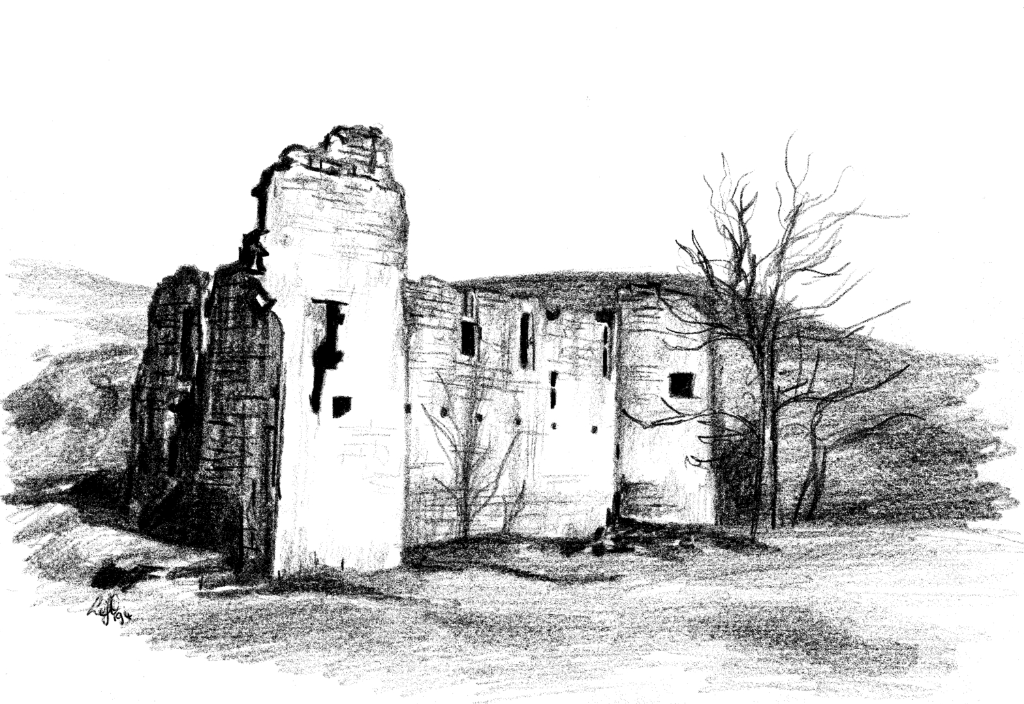 Built on a strong site by the side of the loch, Morton Castle consists of a ruined 15th-century tower or altered hall-house, and a triangular courtyard, although little remains of two sides. The two-storey hall-house, which contained a hall over a basement, stands on the third side, and has a round corner tower at one end. Part of the gateway also survives, one of the D-shaped flanking towers still stands to four storeys. The passage was defended by a portcullis and drawbridge over a pit. 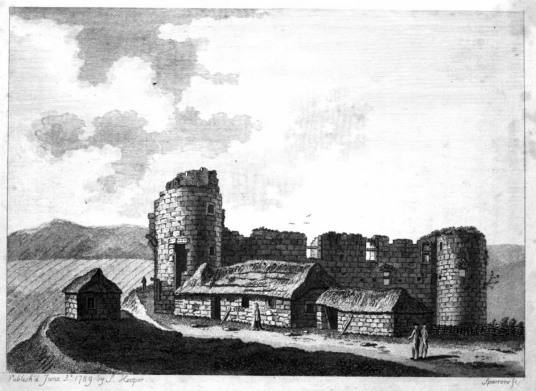 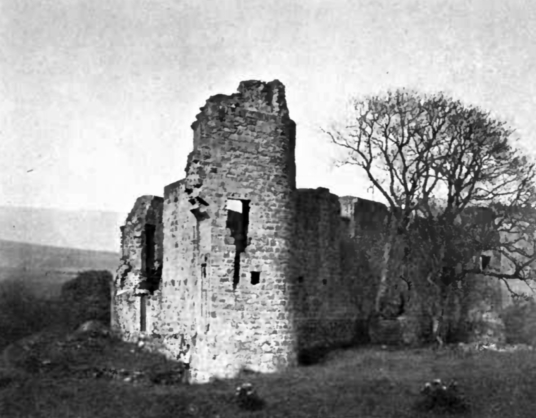 ‘Cast. of Mortoun’ is prominently marked on Blaeu’s map of Nithsdale.
Dunegal, Lord of Nithsdale, is said to have had a stronghold here in the 12th century. The property belonged to the Adairs (or Edgars), but passed to Sir Thomas Randolph early in the 14th century. 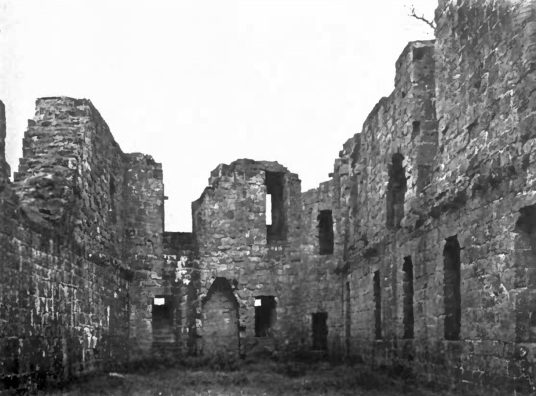 An older castle here was destroyed in 1357. The property passed to the Earls of March, who built the existing castle. In 1459 it was acquired by the Douglases, later made Earls of Morton, the most famous (or infamous) of whom was James Douglas, 4th Earl of Morton, Regent for James VI and executed in 1581: he was accused of being involved in the plot to kill Darnley. He also had castles at Aberdour and Drochil. 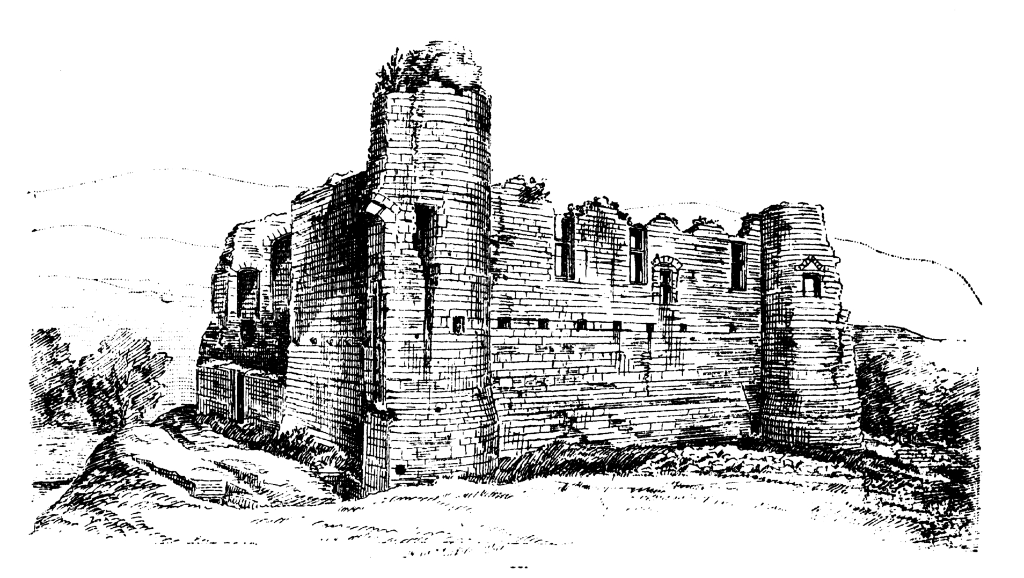 The tower, fortalice and manor place are mentioned in a ratification in favour of a later James Douglas, Earl of Morton, in 1705, and the castle was occupied until about 1715.
The castle was used as a location in the 1978 version of The Thirty-Nine Steps with Robert Powell.