Lanarkshire & Glasgow area: About 0.75 miles north-east of Douglas, on minor roads north of A70, south side of Douglas Water.

OPEN: St Bride’s Church: in the care of HES and open to the public. 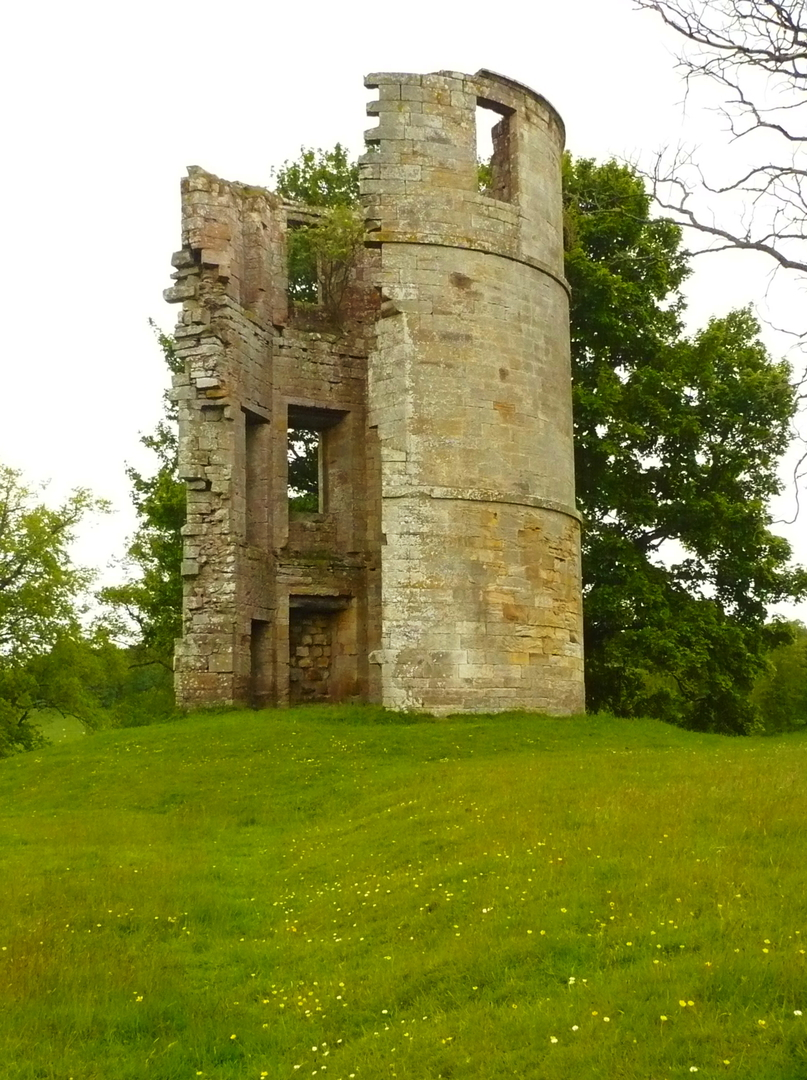 Little remains of Douglas Castle, a 13th-century stronghold, except for the remains of a corner tower of three storeys and vaulted cellars, this part probably dating from the 16th or 17th century. Site of castle, which is depicted on Pont’s map of Lanark as a large building with two towers. The place is also marked on Blaeu. 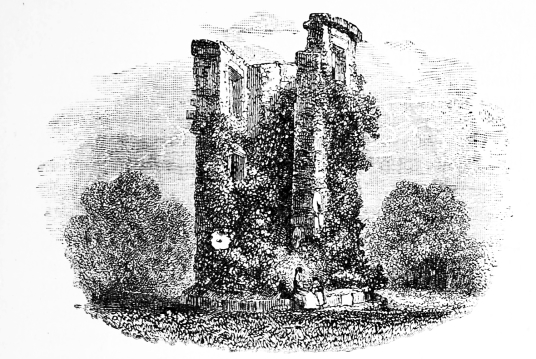 The lands were a property of the Douglases and they may have had their original castle at Ladle Knowe. The family took their name from the ‘Douglas’ (‘black water’) Water. The lands were held by the English in 1307, during the Wars of Independence, when Sir James Douglas trapped the English garrison while they were at worship in the chapel, and recaptured the castle for the Scots. He had the garrison slaughtered and dumped in the cellar, before torching the castle, in what became known as Douglas’s Larder. The Douglases became a very powerful family and had many branches and many castles, not least Threave Castle 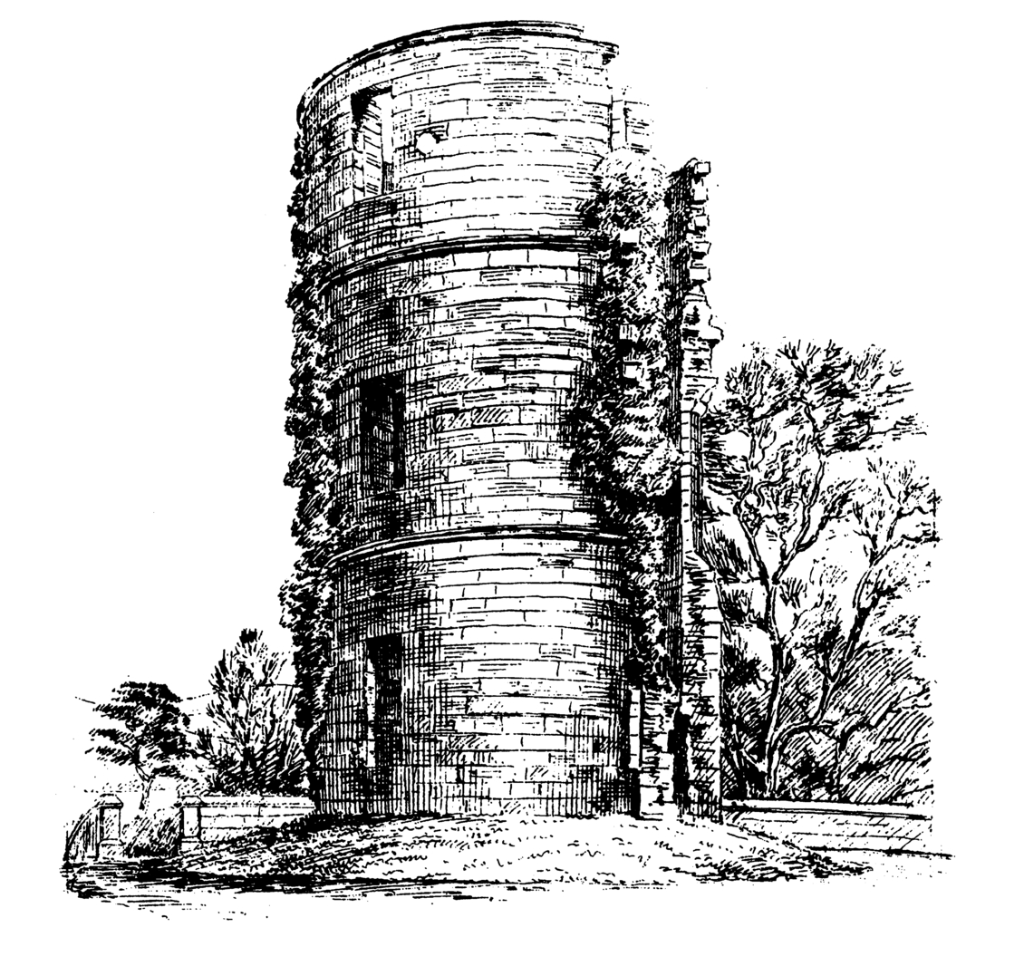 William, the young 6th Earl, and David his brother were lured to Edinburgh Castle in 1440 for the Black Dinner, where they were taken out and summarily executed, along with Sir Malcolm Fleming of Cumbernauld, presumably without the prior knowledge of the young king. The 8th Earl, however, another William, was then murdered in 1452 by James II at Stirling Castle, who then had his body tossed out of one of the windows, despite being promised safe conduct by the king. James, 9th Earl, was simewhat hostile to James II after the murder of the 8th Earl and plotted with the English, but his forces were defeated at the Battle of Arkinholm and he fled to England. Douglas Castle was sacked and the property went to the Red Douglases (Tantallon Castle), who had fought against their kin. The Red Douglases, Earls of Angus, also plotted against the crown and eventually they were also forfeited. 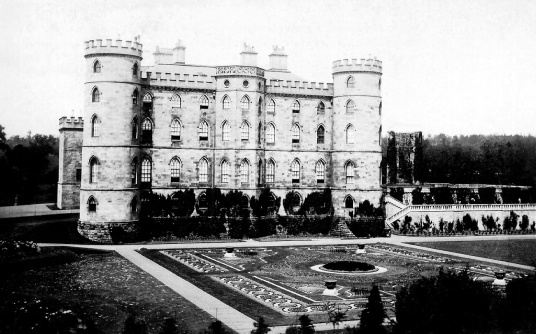 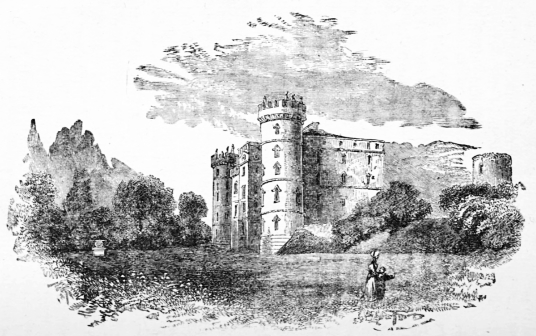 The family recovered the property, and Archibald Douglas was made Duke of Douglas in 1707. He was a Hanoverian and Jacobites plundered the castle in 1745. The old castle was destroyed by fire in 1755, and was rebuilt from 1757 by the Adams for the Duke as a large castellated mansion with round towers and turrets. 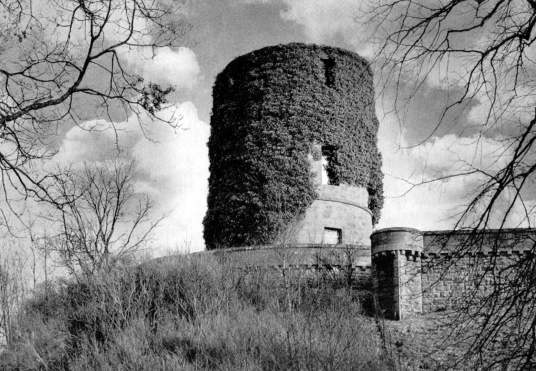 The castle was used by Sir Walter Scott as Castle Dangerous in his novel of 1831, his last book.
The property had passed to the Home Earls of Home at the end of the 19th century, and the castle was demolished between 1938 and 1948, because of subsidence due to coal mining. The park was used as a base for both the British and Polish Armies during World War II and the foundations of Nissen huts remain. Plans have been put forward to turn the site into a historical theme park, although these appear to have come to nothing.
A sundial, which was originally sited in the gardens is now at Aitkenhead Park, in Glasgow.
The castle is believed to be haunted by a phantom black dog. 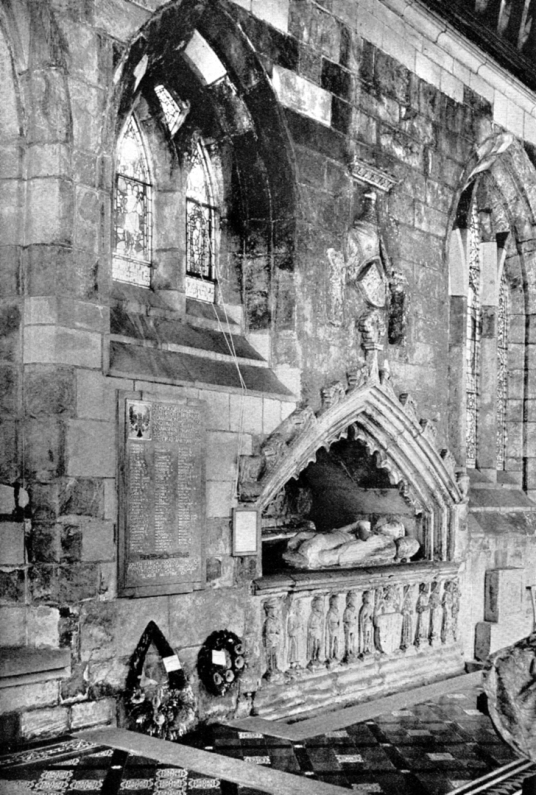 Although there was a church at Douglas from early Christian times, the present fragmentary ruin of St Bride’s Church [NS 835309] probably dates from 1330 and later. The church houses the stone effigy of the Good Sir James Douglas, who died in 1331 at Granada in Spain, taking Robert the Bruce’s heart on pilgrimage. Other memorials include that of Archibald Douglas, 5th Earl of Douglas, who died in 1438, James, 7th Earl, who died in 1443, and his wife, Beatrice Sinclair.