Gylen Castle is a compact but impressive tower house, built by the MacDougalls, in a beautiful spot overlooking the Firth of Lorn on the lovely island of Kerrera, near Oban in Argyll on the western seaboard of Scotland. 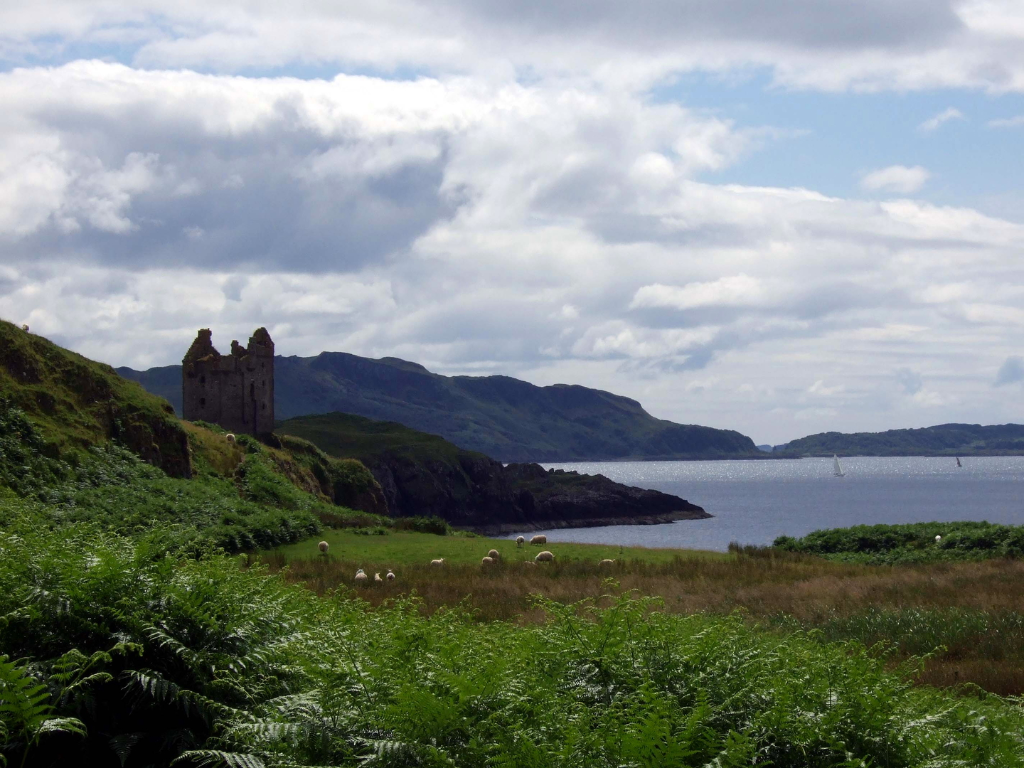 Argyll & Dunbartonshire: About 4.5 miles south-west of Oban, on south coast of island of Kerrera, on minor roads and foot south of Cnoc Biorach on promontory, at Gylen.

The Kerrera ferry leaves from Gallanach, near Oban, then three mile walk to castle. 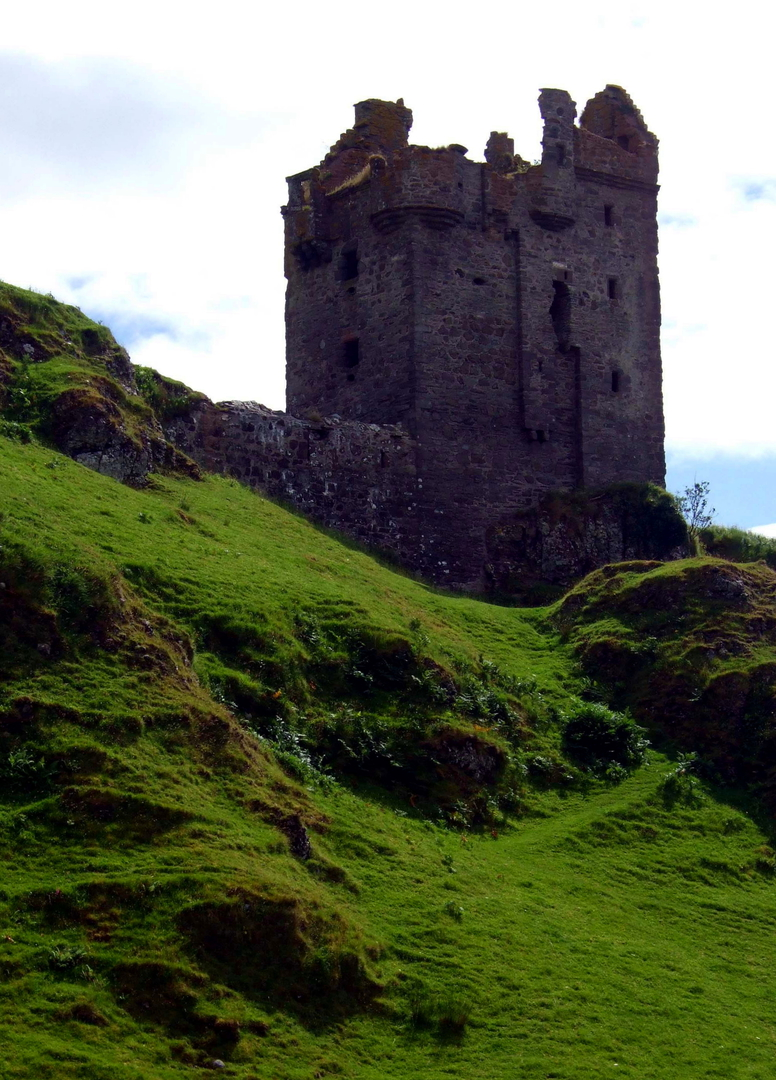 On a rocky promontory jutting into the sea, Gylen or Gylem Castle – the castle of fountains – is an elegant but compact 16th-century L-plan tower house, which consists of a square main block and a stair-tower. 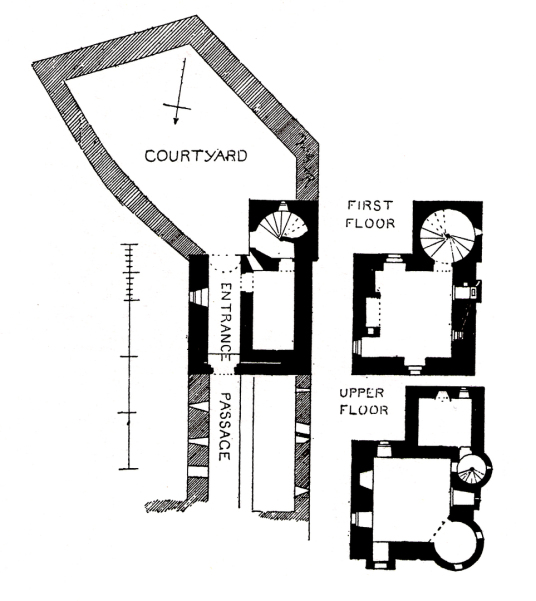 The main block rises to four storeys, while the wing is a storey higher and crowned by a corbelled-out caphouse. There was an adjoining courtyard and outbuildings. 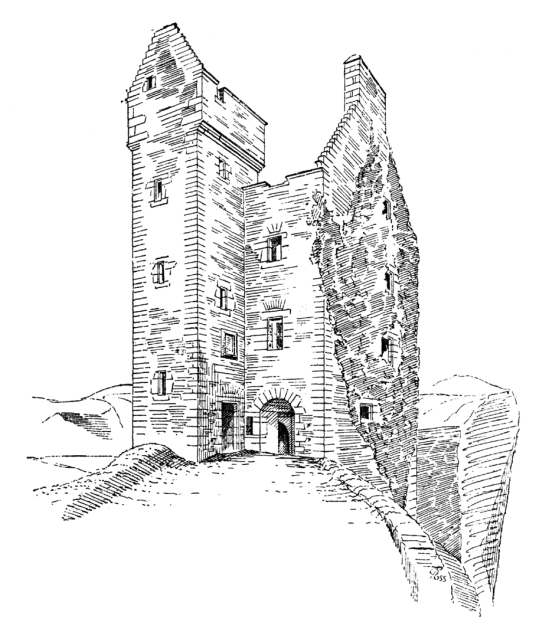 Gylen Castle: from seaward side (MacGibbon and Ross)

A vaulted passageway runs through the main block to the courtyard, and a vaulted cellar is entered from the pend. The main entrance, in the re-entrant angle from the courtyard, leads to the foot of the main turnpike stair, which climbs to all floors. The hall and kitchen are on the first floor. An oriel window projects at third-floor level. 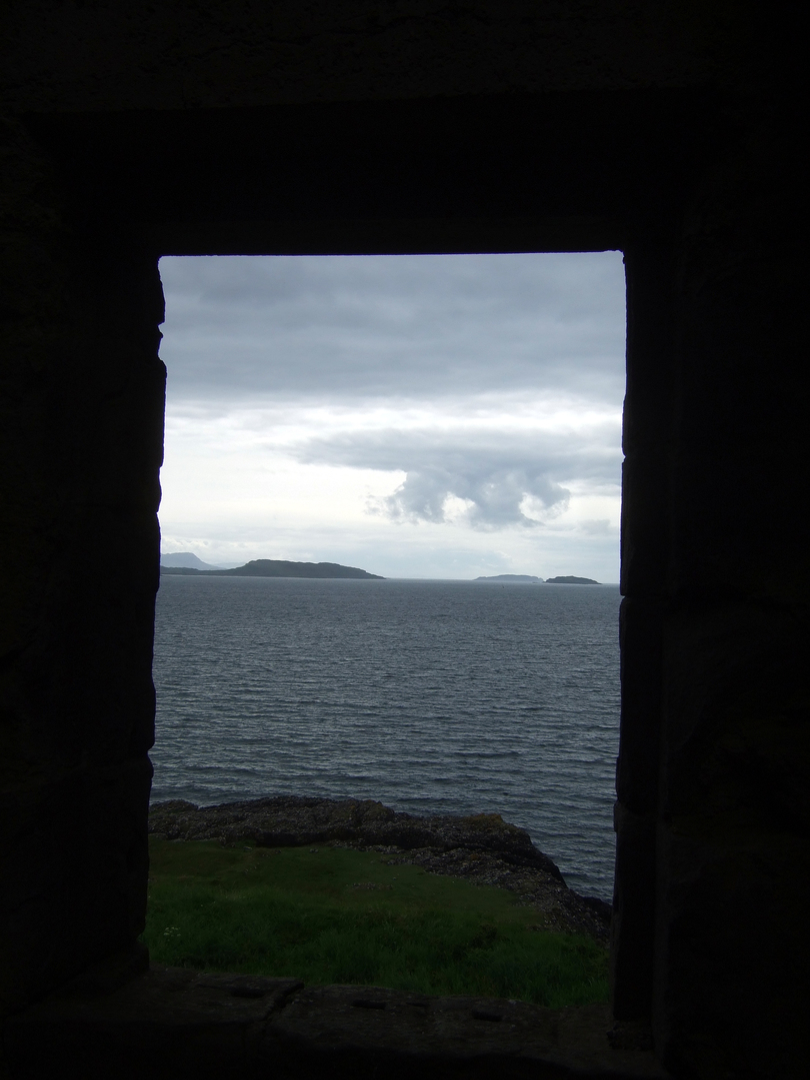 The place is marked as ‘Doun Donacky’ on Blaeu’s map of Lorn and is depicted as a tower. 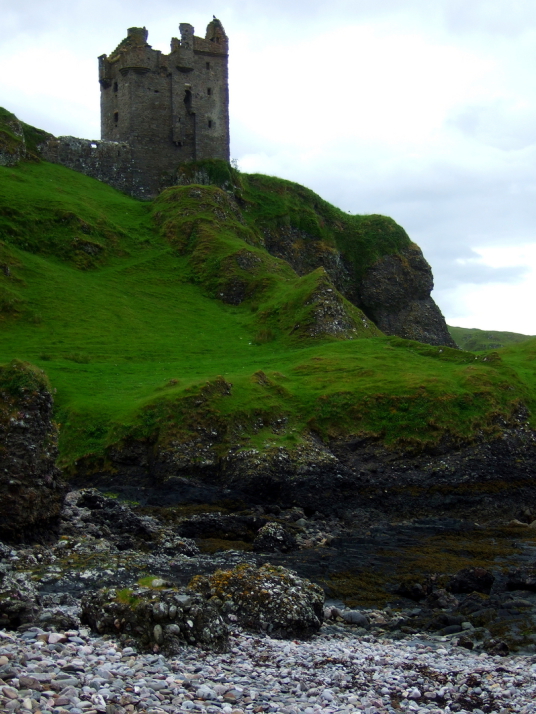 Gylen was a property of the MacDougalls, who also held Dunollie Castle. An earlier castle here may have been where Alexander II died during an expedition to recover the Western Isles in the mid 13th century, although Dalrigh near Horse Shoe Bay is given as an alternative site. 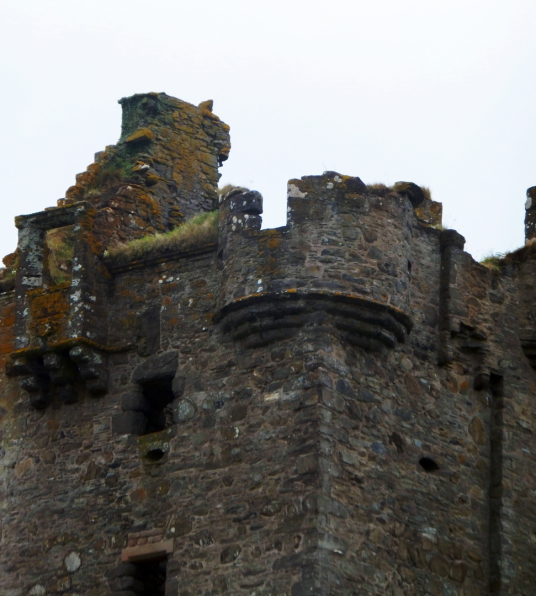 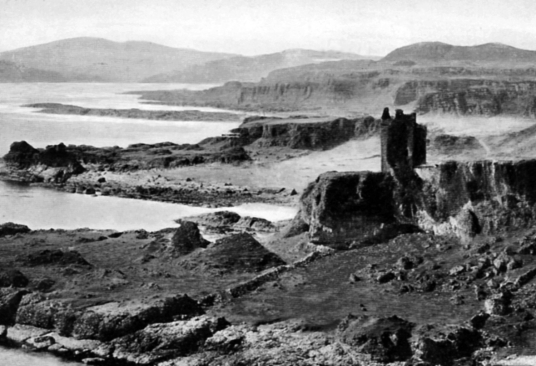 The existing castle, built by Duncan MacDougall, was completed in 1582, but was captured and burnt by a Covenanter army, led by General David Leslie, in 1647. The Brooch of Lorn, a brooch torn from Robert the Bruce’s cloak, was also stolen, and not returned by the Campbells of Inverawe until the 19th century. 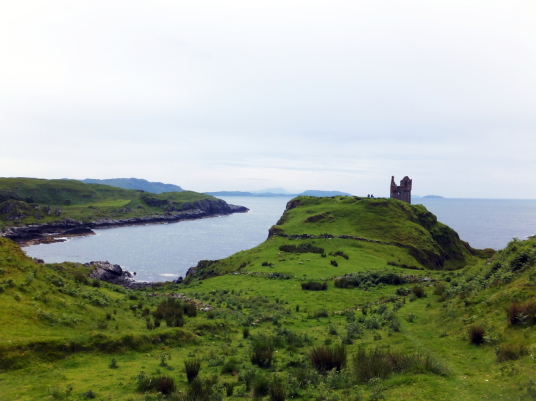 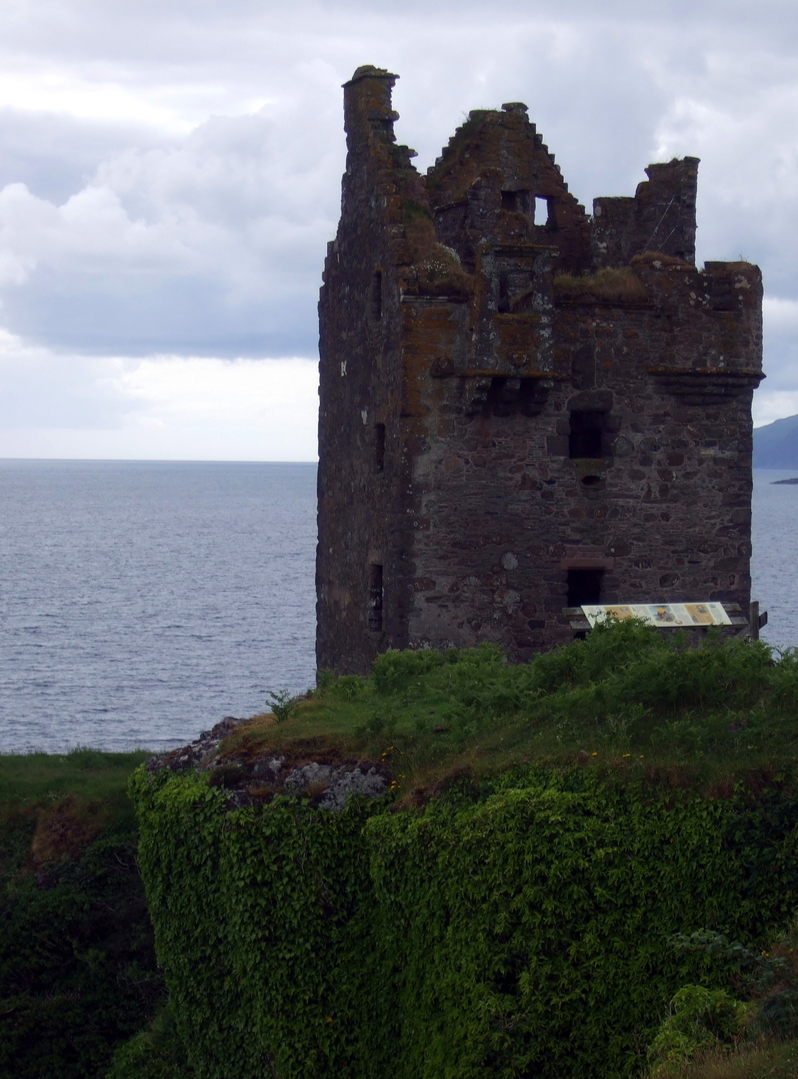 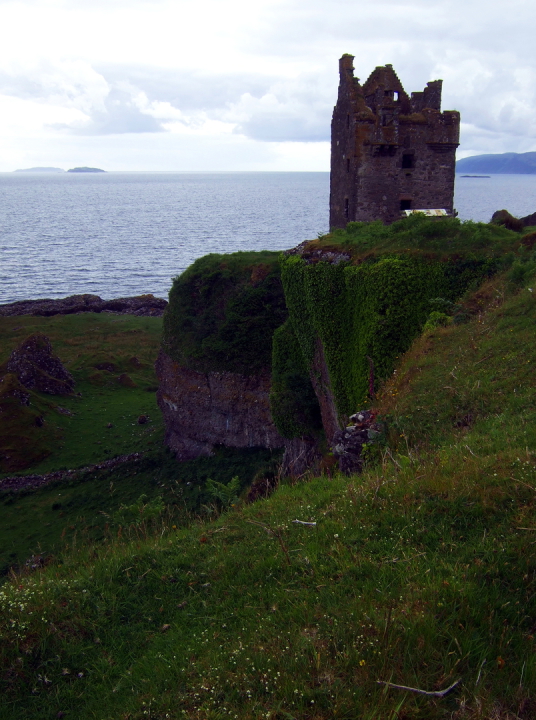 The castle was never restored, although it has been consolidated and the interior is accessible. Beware walking parties who drink too much tea with resultant large pink bottoms visible from all sides of the castle (there really is no escape).