Galloway: About 4 miles south of Dalbeattie, on minor roads south of A711, about 1 mile south of Palnackie, west of Orchardton Burn, at Orchardton Tower. 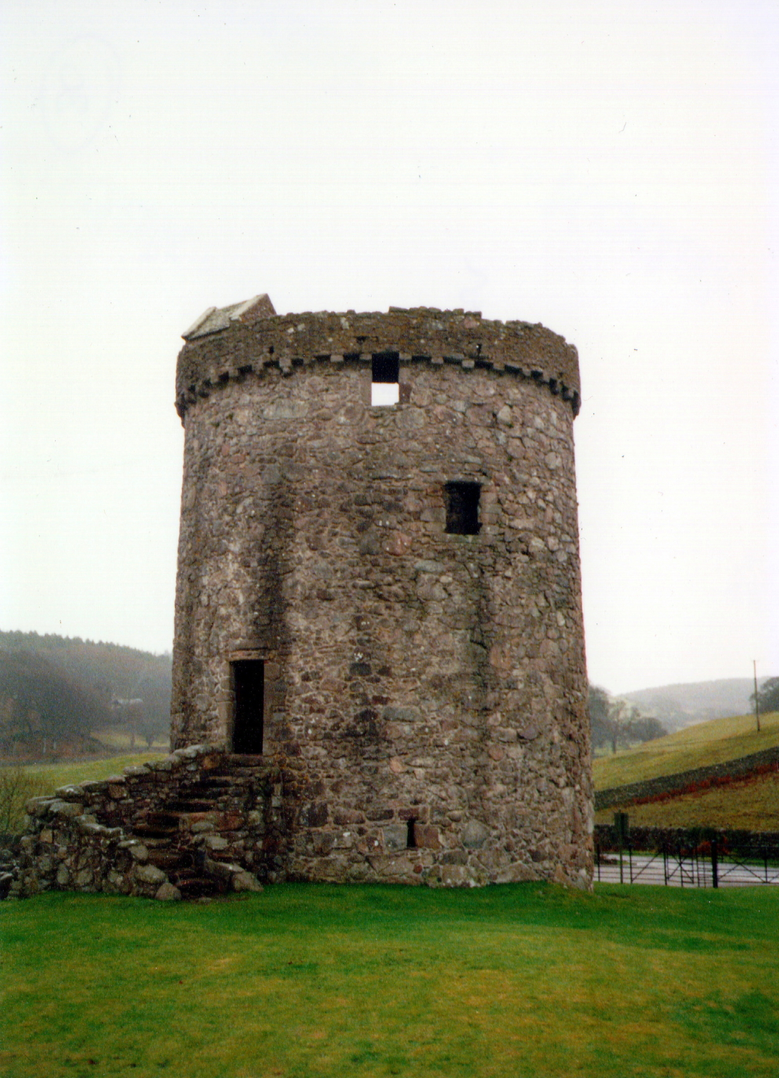 The only free-standing circular tower house in Scotland, Orchardton Tower is a round tower house of four storeys, built in the 15th and 16th centuries. The tower has a corbelled-out parapet, and a gabled caphouse crowning the turnpike stair. Remains of courtyard buildings survive.
The entrance, at first-floor level, is reached by an external stone stair, while the basement is entered through a separate arched doorway. The hall, on the first floor, like the chambers above, was circular. The upper storeys have no floors.
‘Orchartoun’ is marked on Blaeu’s map of east Kirkcudbright, and is shown in a large enclosed and wooded park. 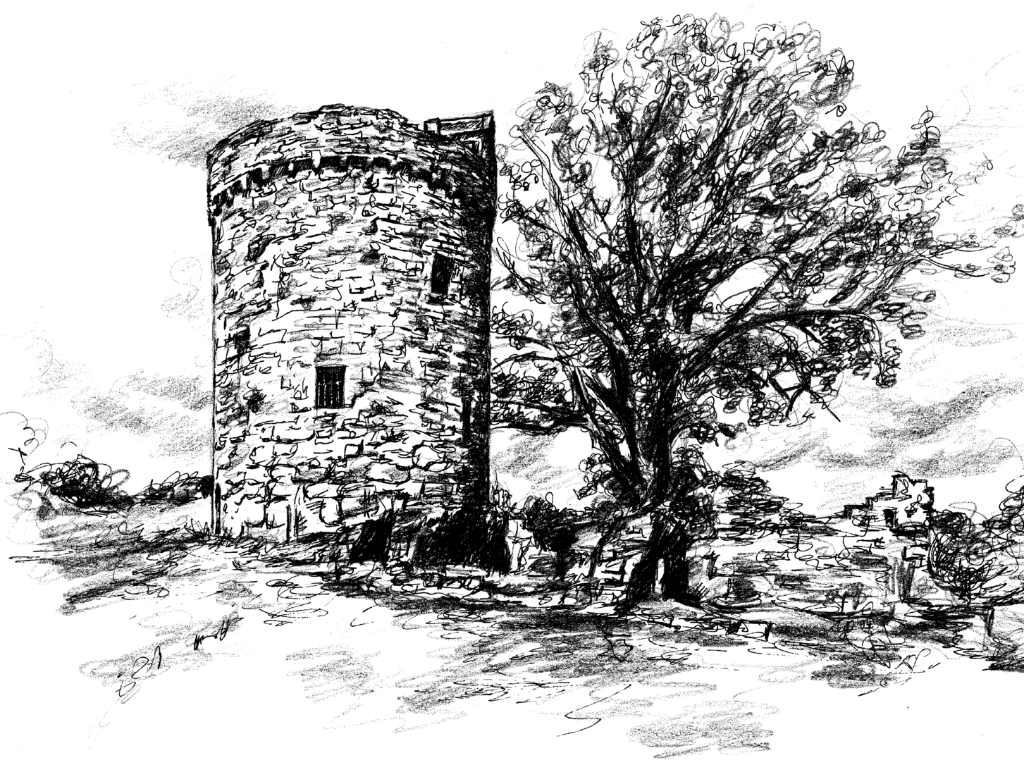 ‘Orchartoun’ is marked on Blaeu’s map of east Kirkcudbright, and is shown in a large enclosed and wooded park.
The lands of Orchardton passed to the Cairns early in the 15th century, and they built the tower. One of the family was present at the murder of MacLellan of Bombie, along with Gordon of Lochinvar, in the High Street of Edinburgh in 1527. 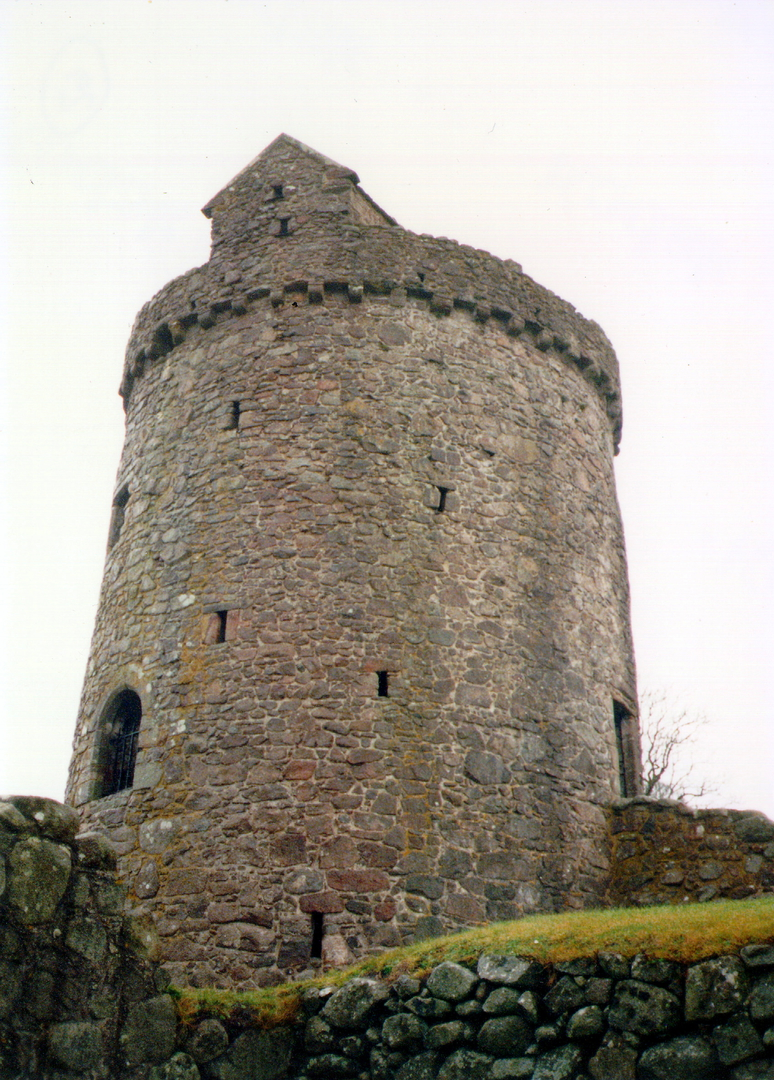 The tower passed by marriage to the Maxwells in the middle of the 16th century, and Robert Maxwell of Orchardton is on record in 1645. During the Jacobite Rising of 1745, one of the family, Sir Robert Maxwell, was wounded and captured at Culloden in 1746 and taken to Carlisle for trial and probable execution. He tried to destroy his personal papers, but was prevented and his commission as an officer in the French army was found. He was thereafter treated as a prisoner of war, and was exiled to France rather than being executed. He later returned to Orchardton. Sir Walter Scott made use of this story in his novel Guy Mannering. 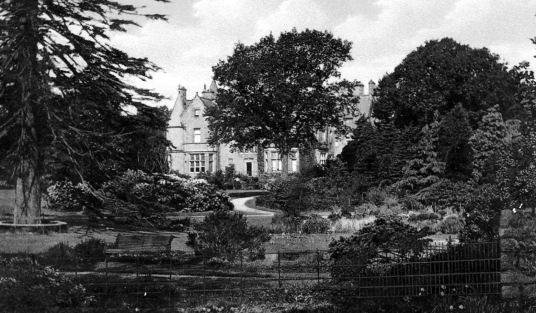 The castle was replaced by Orchardton House [NX 811532], also known as Orchardton Castle, the site previously known as Glenshinnoch in the middle of the 18th century, and this house was encased in a large baronial mansion of four storeys in 1881. In 1785 the lands passed to the Douglases and were held by them into the 20th century. One of the family, Sir William Douglas, founded the village of Castle Douglas. The house was on the market for £1.4 million in 2015, although then failed to sell.

Orchardton Castle, the newer building not the tower, was then in the news as the owner began a raffle online for the castle with tickets costing £5. When this failed to raise enough interest, only grossing £107,000, cash prizes were given, but this led to a complaint to the Advertising Standards Authority, who upheld the complaint.