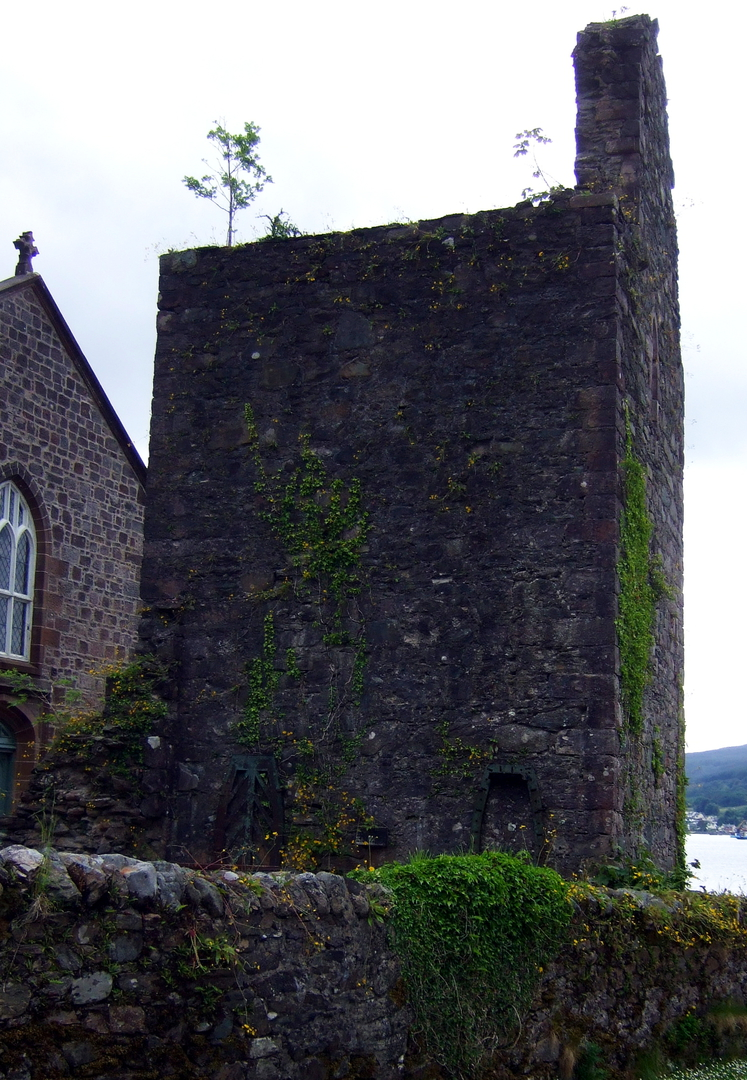 Still surviving is the strong tower of the 15th-century collegiate church, endowed by Duncan Campbell of Lochow in 1442. It may have been used as a residence by the Campbells, and may incorporate work from the 12th century (although also see Old Kilmun House).
‘K. of Kill-mund’ is marked on Pont’s map of Cowal, and is depicted as having a tower within an enclosure. 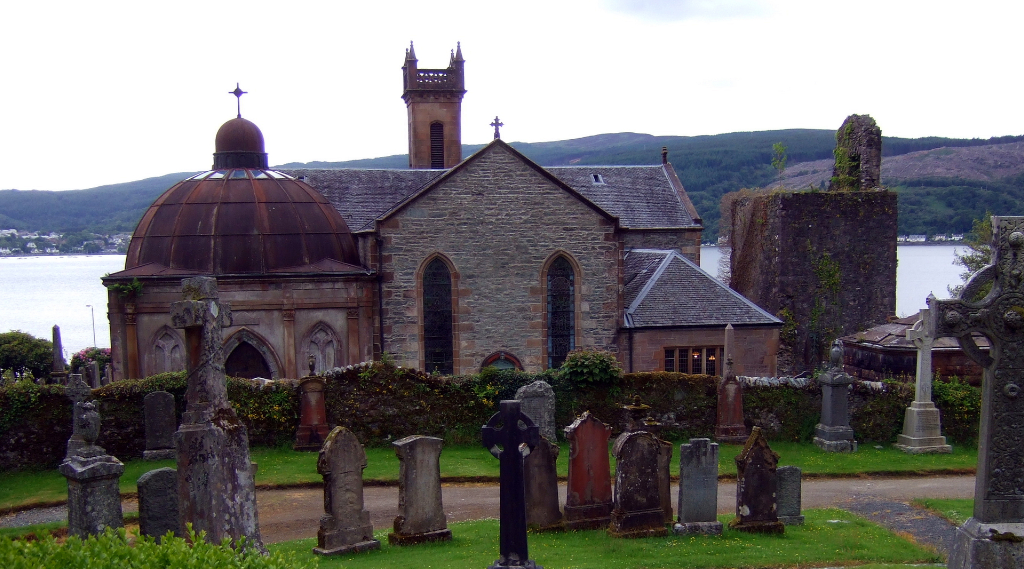 The church stands on the site of a 7th-century Celtic monastery, and was dedicated to St Mundas or Munn, a disciple of St Columba. By the church is the mausoleum of the Campbells of Argyll, with their seat at Inveraray, who were buried here from the 15th century until 1949. Sir Duncan Campbell and Marjorie, his wife, who died in the 15th century, have stone effigies. In 1646 the church and buildings were sacked by the Lamonts, apparently with the deaths of many Campbells, who were sheltering here. The Campbells retaliated by sacking Toward Castle and slaughtering Lamonts in their turn, including hanging many at Dunoon. 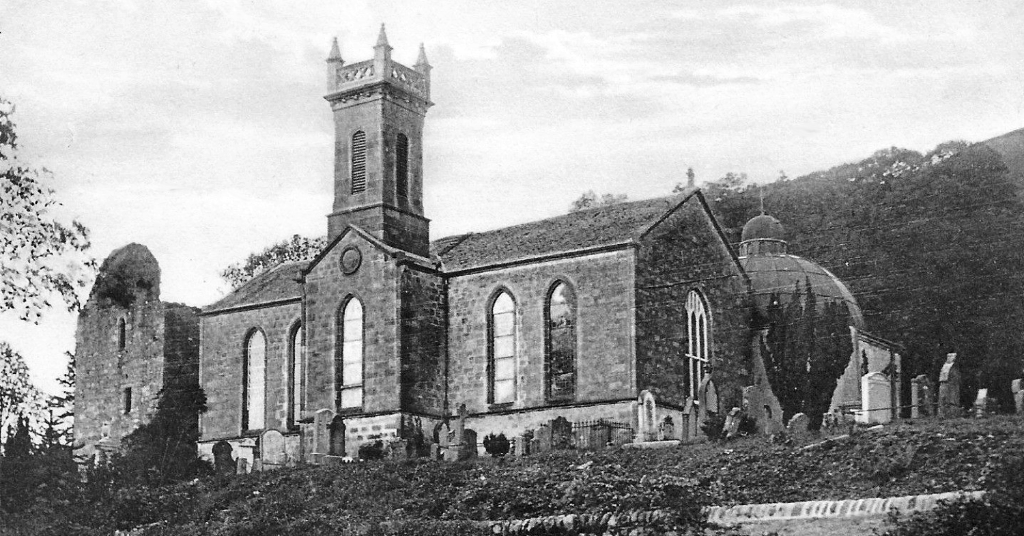 Also in the graveyard is the memorial of Elizabeth Blackwell (the first lady doctor), and many other interesting markers.
The present church dates from 1841 with alterations in 1899 (by McGregor Chalmers), and contains fine stained glass windows by Stephen Adams, as well as a working water-driven pump for the pipe organ.