Duart Castle, an impressive and picturesque old stronghold perched on a rock by the sea, long home to the Macleans and near Craignure on the island of Mull in western Scotland. 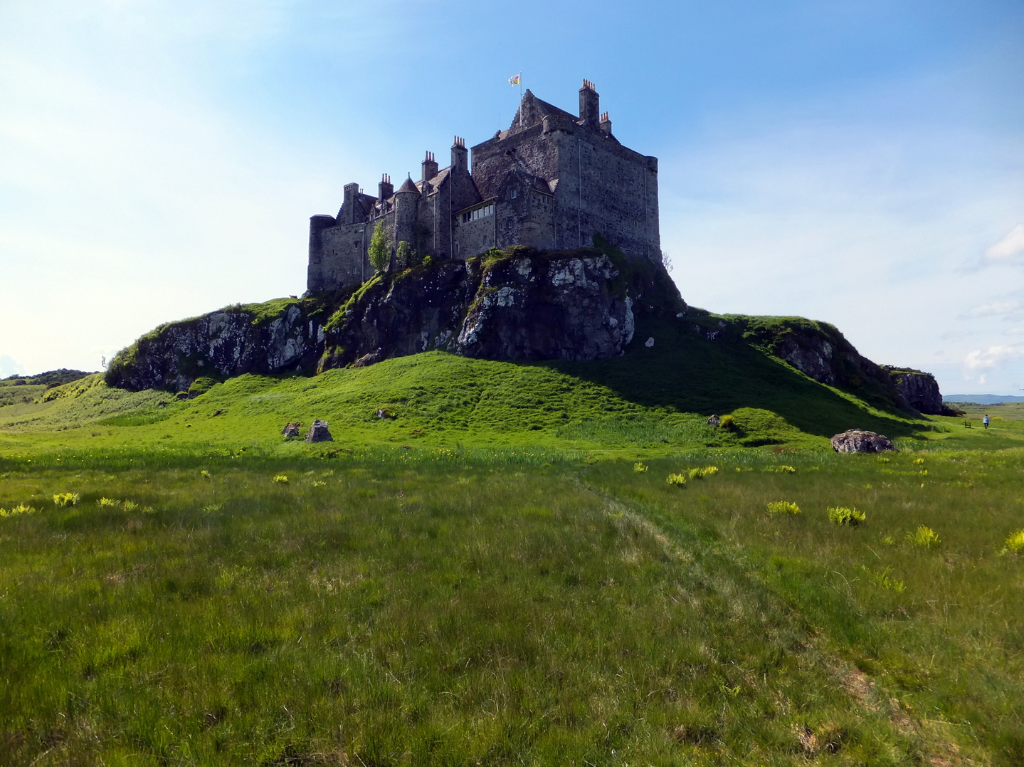 Argyll & Dunbartonshire: On east side of isle of Mull (ferry or trips from Oban), about 2.5 miles east and south of Craignure, on minor road east of A849, on Duart Point, at Duart Castle.

Coach trips are available from Oban, including ferry trip to Craignure by CalMac and then bus to Duart. 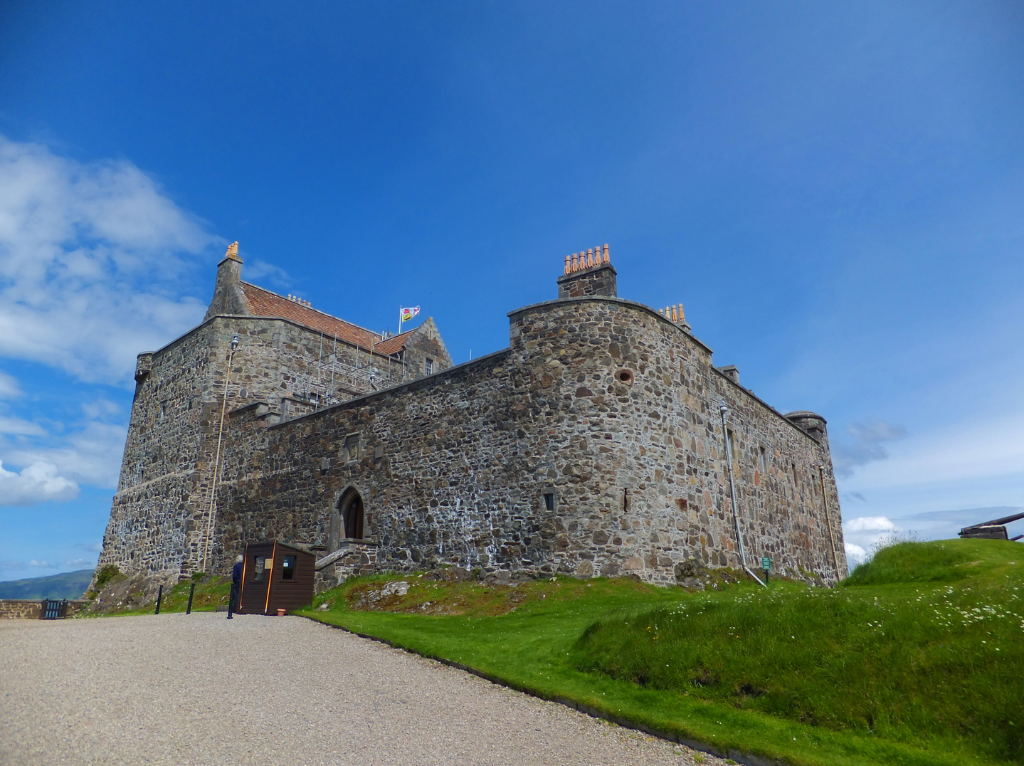 An extremely impressive and daunting fortress, Duart Castle consists of a large 13th-century curtain wall, enclosing a courtyard on a rocky knoll. In 1390 Lachlan Lubanach, 5th Chief, built a substantial tower on the outside of the curtain wall, enclosing the existing well. There are later ranges of buildings within the walls. The entrance was through a gatehouse with a portcullis. 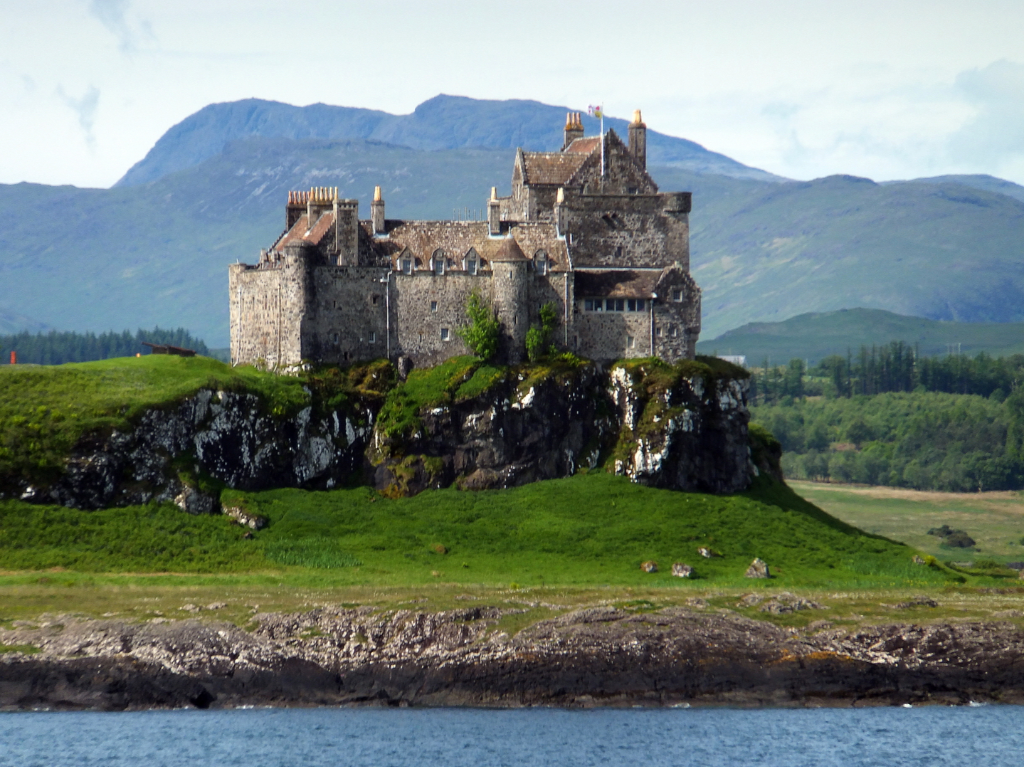 The tower has very thick walls, and the ground floor was vaulted with the main hall, on the first floor, which has a great fireplace, and round headed windows with stone seats, although a new window has been cut in one wall. The upper floors are reached by a narrow turnpike stair in the thickness of the wall.
A 16th-century range of three storeys and a garret has four vaulted cellars, and another three-storey block was added in the 17th century. 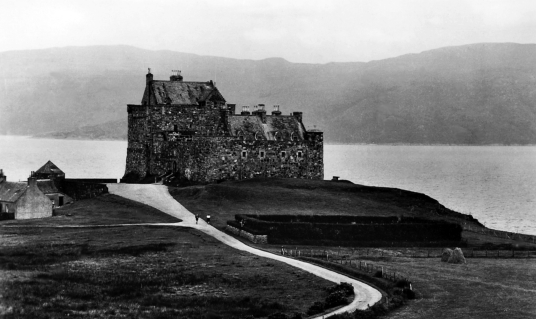 ‘Castel of Dou-ard’ is marked on Blaeu’s map of Lorn, and is depicted as a tower on a hill. 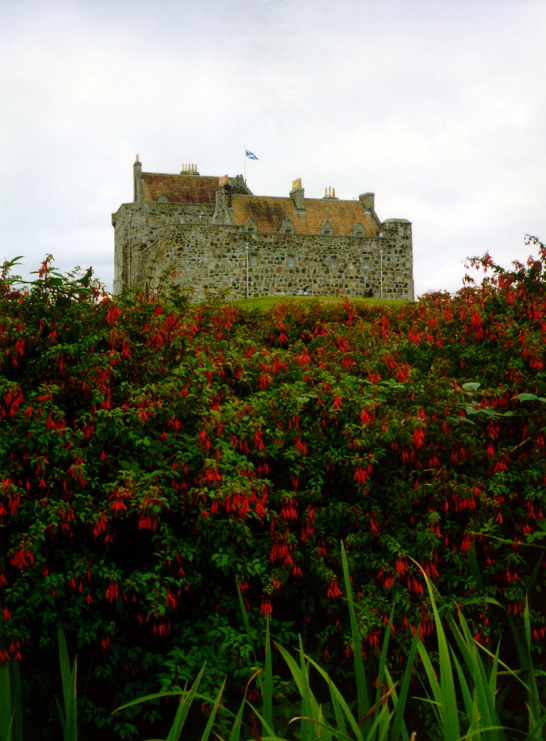 This was a property of the MacLeans. The MacLeans of Duart claim descent from Gillean of the Battle Axe. Lachlan Lubanach married Lady Elizabeth, daughter of the Lord of the Isles, granddaughter of Robert II King of Scots, and was granted the first known charter for Duart dated 1390 as her dowry. While fighting with the MacDonalds, the 6th chief, Red Hector, was killed at the Battle of Harlaw in 1411, slaying and being slain by Sir Alexander Irvine of Drum.
During a battle in the clan in 1538, Ewen MacLaine of Lochbuie was slain and beheaded in battle – and his ghost, the headless horseman, rides in Glen Mor (see Moy Castle). 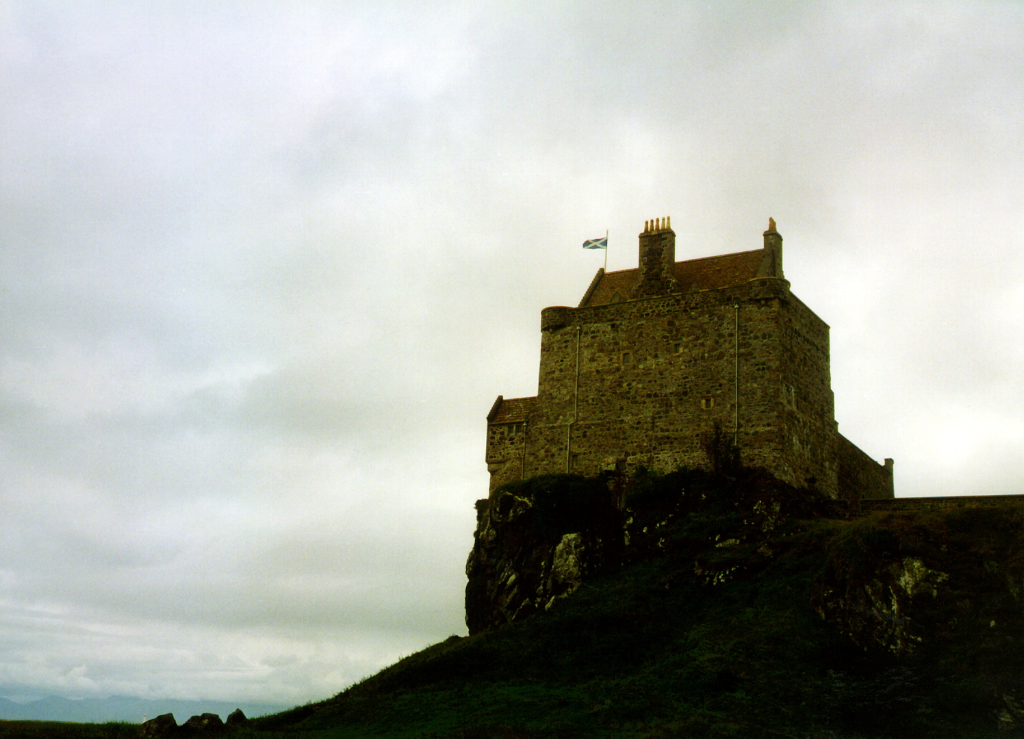 Lachlan Cattanach, 11th Chief, became so unhappy with Catherine Campbell, his wife, that he had the poor woman chained to a rock in the Firth of Lorn to be drowned at high tide. One version is that they had had no son, another that she had already tried to poison him. The lady was rescued and taken back to her father at Inveraray, no less a person than Archibald Campbell, Earl of Argyll. As a result, MacLean was murdered in his bed in Edinburgh in 1523 by Sir John Campbell of Cawdor, the lady’s brother. 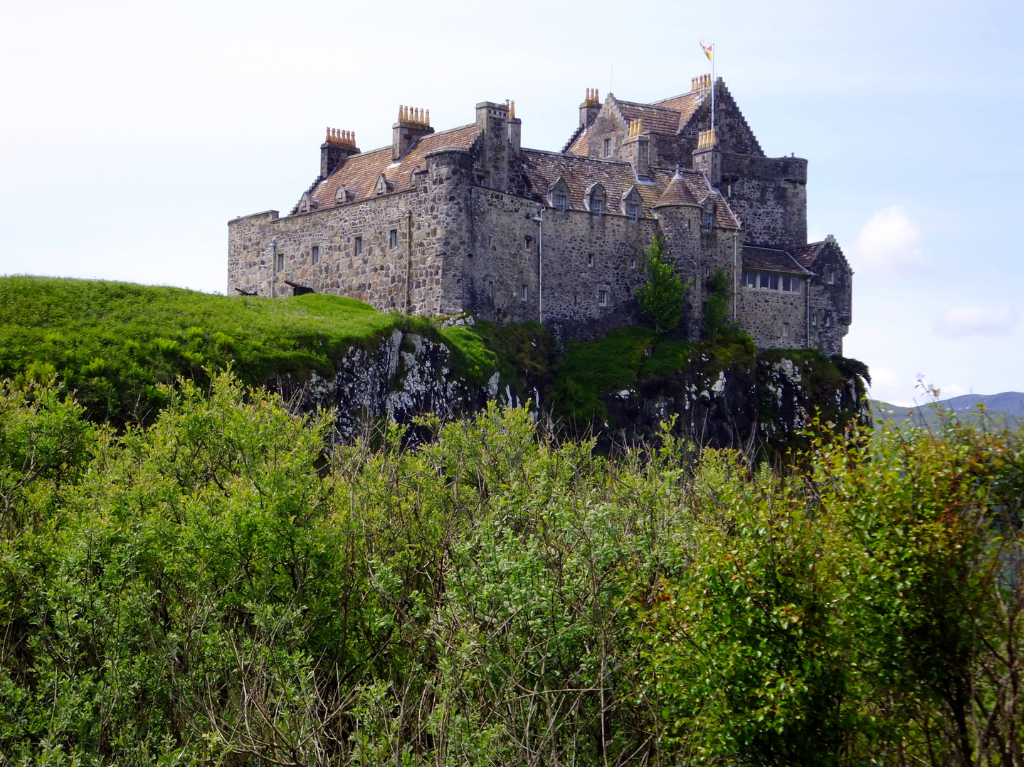 In 1598 Lachlan Mor MacLean tried to press his claim to lands on Islay, and in 1598 invaded the island, but he was slain with many of his men by the MacDonalds at the Battle of Traigh Gruinart. 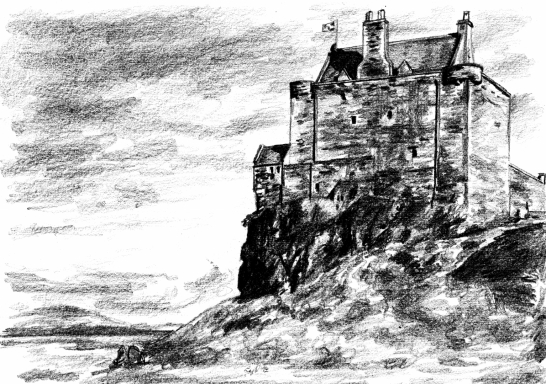 In 1604 Hector Og MacLean of Duart, along with many other chieftains, was kidnapped and imprisoned while being entertained aboard ship off Aros Castle. Sir Lachlan MacLean was made a baronet of Nova Scotia in 1631, and his son, Sir Hector, was killed at the Battle of Inverkeithing in 1651. 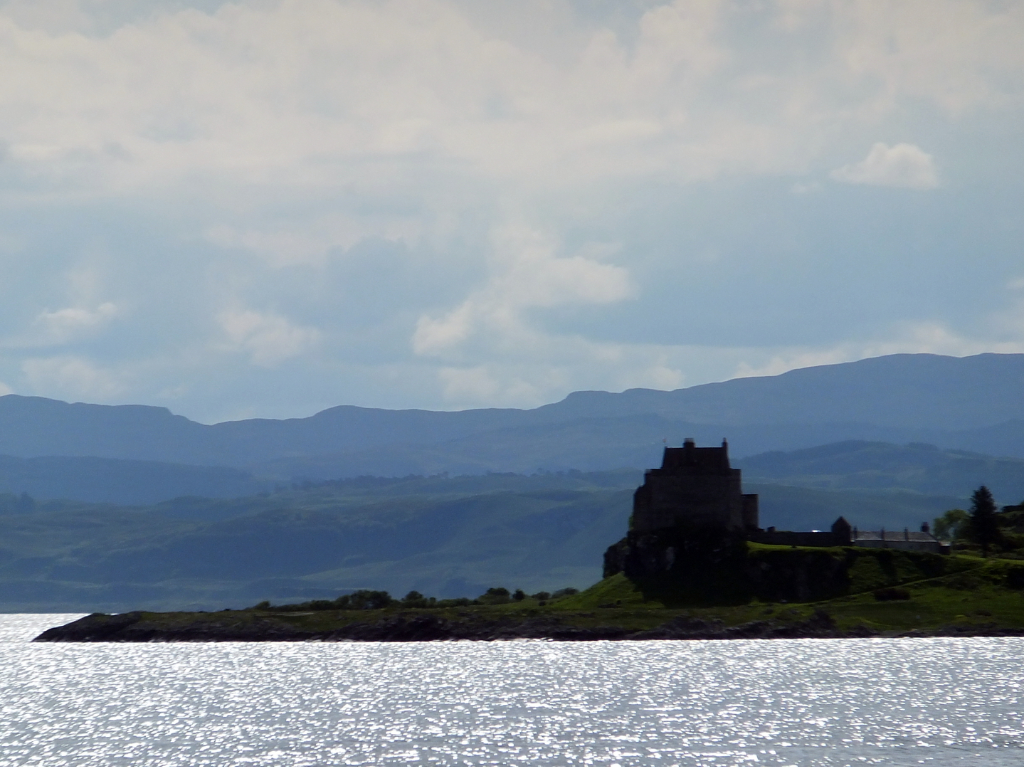 In 1674 the castle was acquired by the Campbell Earl of Argyll, who also acquired most of the lands, although not without much bloodshed in the next few years. In 1681 Archibald Campbell, Earl of Argyll, had a ratification which mentions the lands of Duart, with the castle, tower, fortalice and mill thereof. 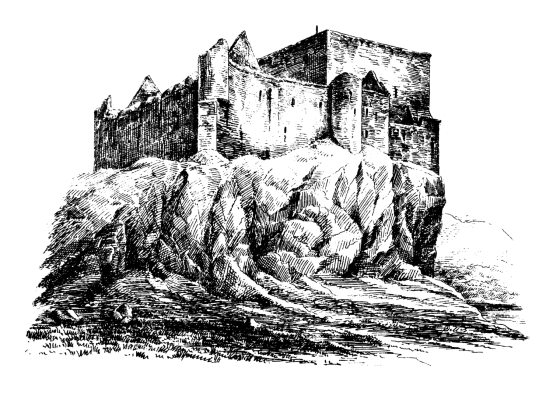 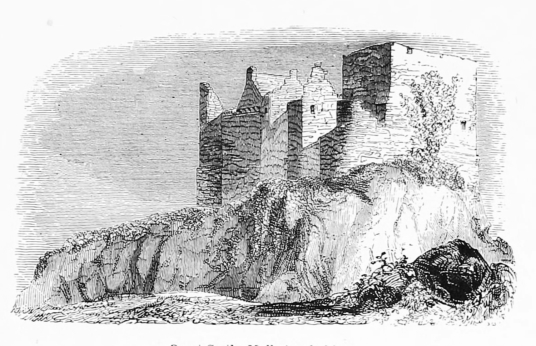 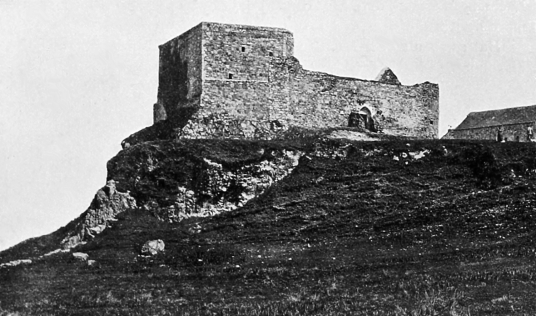 The MacLeans remained staunch supporters of the Stewarts throughout the Jacobite Risings, and Sir John MacLean, the then chief, fought at Killiecrankie in 1689, and the clan in the later rebellions, although the lands on Mull went to the Campbells. Although garrisoned, the castle was not used as a residence, and was abandoned after the Jacobite Rising of 1745 to become derelict and roofless. 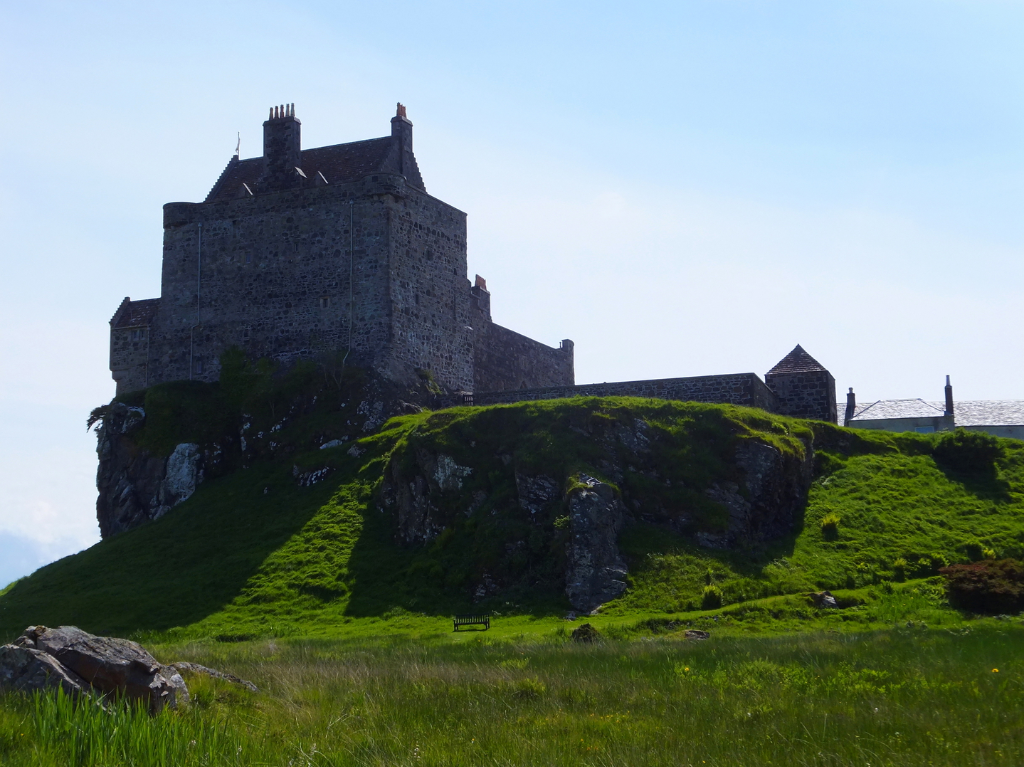 The property was acquired in 1911 by Fitzroy MacLean, who restored the castle, and the castle is still owned by the MacLeans of Duart and Morvern. The castle is currently being restored, which has already cost £1.5 million. What is thought to be a Sheila na Gig was found on one wall, a suggestive although weathered carving of a woman in sexually provocative pose… 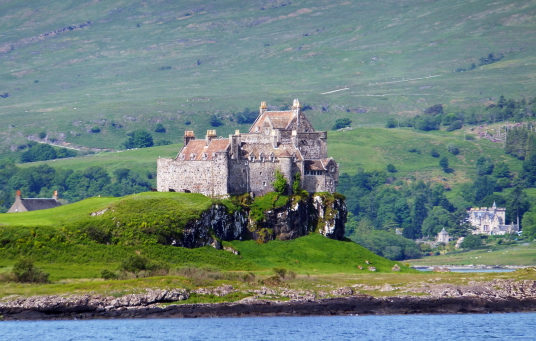 Duart was used as a location in the 1996 Sean Connery movie Entrapment, the Anthony Hopkins 1971 film When Eight Bells Toll, and the 1945 Powell and Pressburger romance I Know Where I am Going.