Fife: About 3 miles north and west of Cupar, west of minor road between A913 and A92, at Lordscairnie Castle. 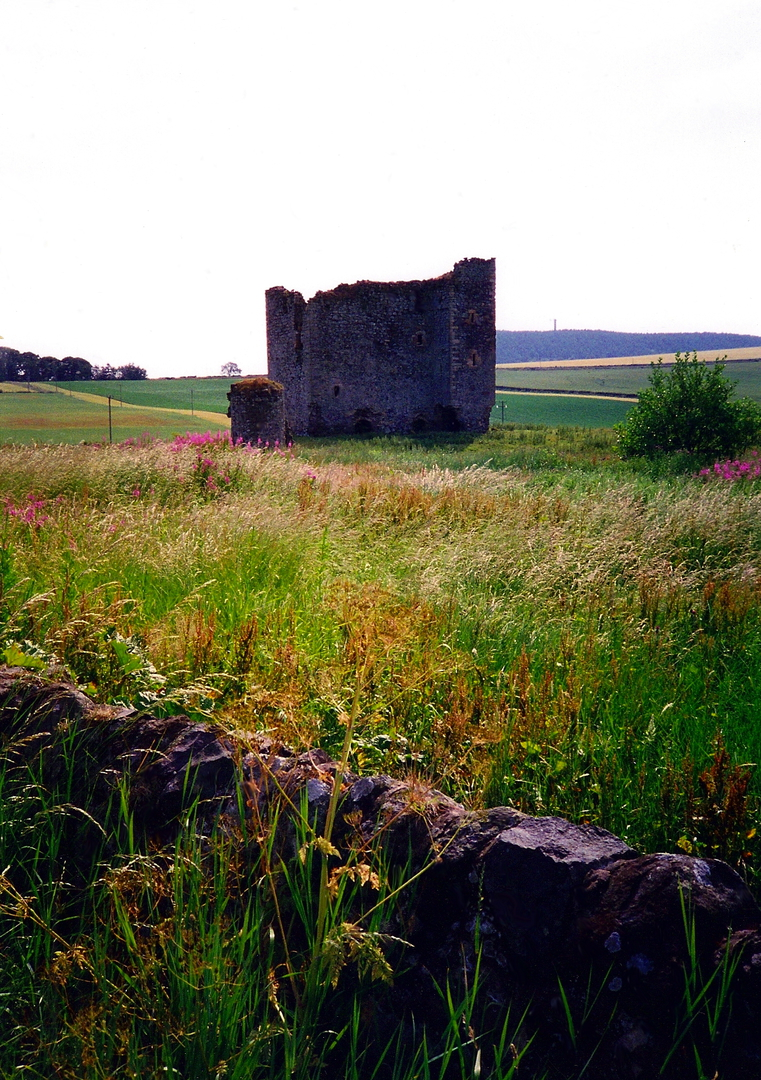 Once standing on an islet in a loch, Lordscairnie Castle is a 15th-century tower of four storeys and an attic, to which a stair-wing was added in the 16th century, making the castle L-plan. Above the entrance, in the stair-tower, is a machicolation, and the tower once had bartizans, and walls are between 5 and 6 foot thick. A single round tower of a 16th-century gatehouse is all that remains of a courtyard. 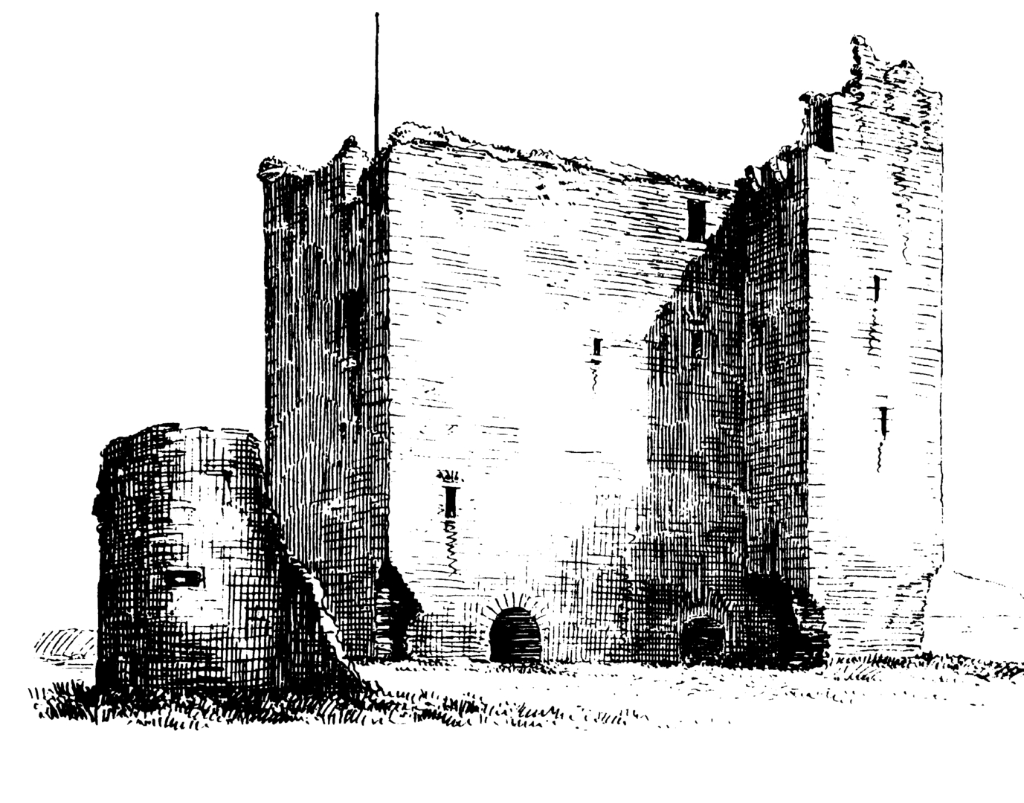 The basement is vaulted, which has fallen in, the hall was on the first floor, and the floors above, which were divided, contained private chambers.
Lordscairnie does not appear on Blaeu’s map of Fife, but this site seems to be marked as ‘Countess Cairny’. 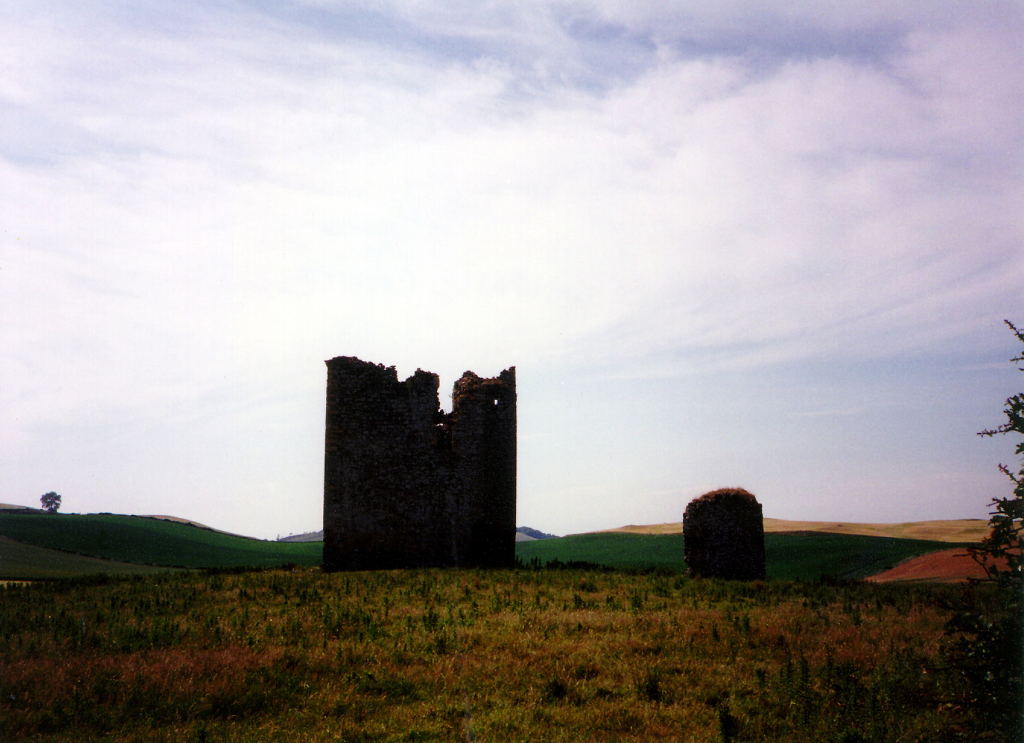 Lordscairnie appears to have been a property of the Dunbars, and passed by marriage to the Lindsay Earls of Crawford from around 1350. It was probably Alexander Lindsay, the 4th Earl, ‘Earl Beardie’ or the ‘Tiger Earl’, who built the castle. The building was abandoned in the 18th century, and the loch was drained about 1803. The castle, in about 29 acres of land, was put up for sale in 2012 for £220,000.
There is reputedly treasure buried nearby.
The castle is said to be haunted by the ghost of Alexander Lindsay, 4th Earl of Crawford, which can be seen playing cards with the devil on the stroke of midnight of New Year’s Eve. Or not? He is also accused of haunting Glamis Castle, although there is a possible culprit in the Lyon family.