Borders: About 1 mile west of Kelso, just south of A699, on a spit of land between the Tweed and Teviot Rivers.

Not much remains of a 14th-century courtyard castle except mounds and some stretches of walling. The site is marked very prominently on Blaeu’s map of Lauderdale. 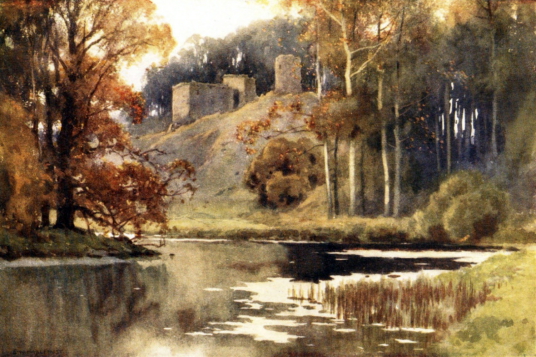 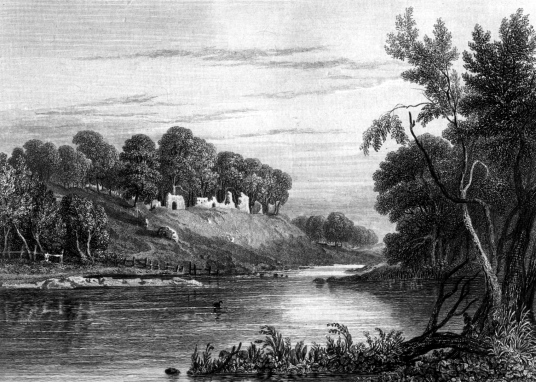 Roxburgh Castle was one of the main strongholds of Scotland in 1174 when, along with Berwick, Edinburgh and Stirling, it was surrendered to the English after the capture of King William the Lyon at Alnwick. It was occupied by the English, and in 1306 Mary, sister of Robert the Bruce, was held in a cage suspended from the walls. It was retaken by the Scots under James Douglas in 1314, but was later held by the English for many years, and the burgh was torched by the Scots in 1377 and 1398. 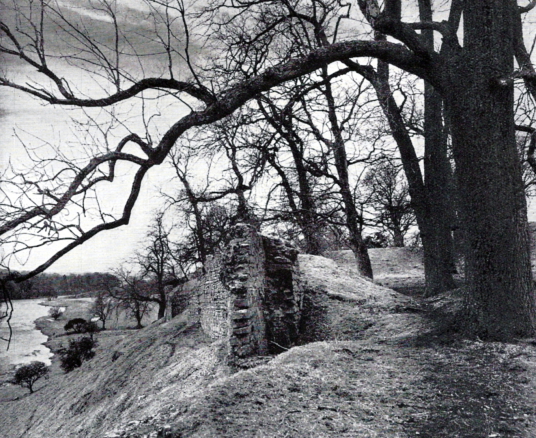 Henry V of England made repairs after a siege by the Scots in 1417. In 1460 James II was killed when one of the cannons, with which he was bombarding the castle, blew up beside him, but Roxburgh Castle was then stormed and demolished. A holly tree between Floors and the River Tweed is said to mark where James was killed. The ruins are in the grounds of Floors Castle. 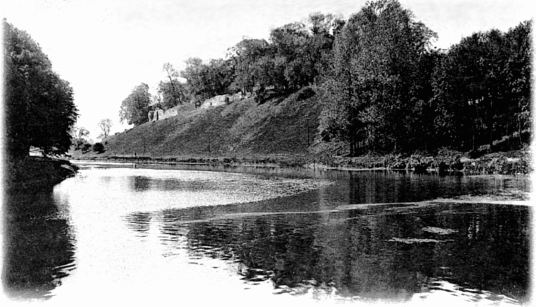 In 1545 the English built a rectangular fort on the site, but it was dismantled in 1550 under the terms of the Treaty of Boulogne. By then the castle and the royal burgh were probably abandoned as unusually the Earl of Hertford did not mention burning the place in his widespread harrying of the Scottish borders in the 1540s during the Rough Wooing. 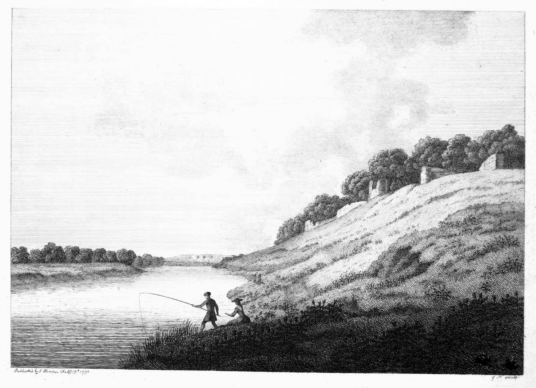 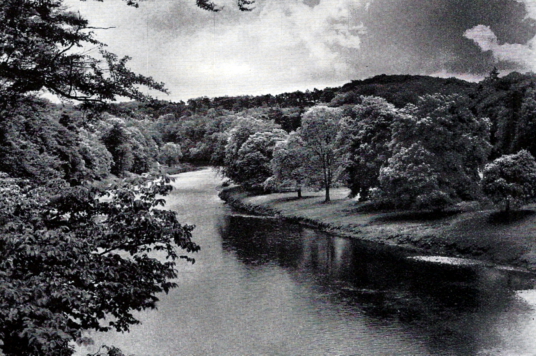 A ghostly horsemen is reputedly sometimes seen riding towards the castle.
Roxburgh was an important royal burgh [NT 718340], granted in 1120 by David I, and stood near the castle, and was later defended by a wall. There was a substantial church dedicated to St James, a friary, another church, and many stone tenements, but all of these have gone except for foundations.