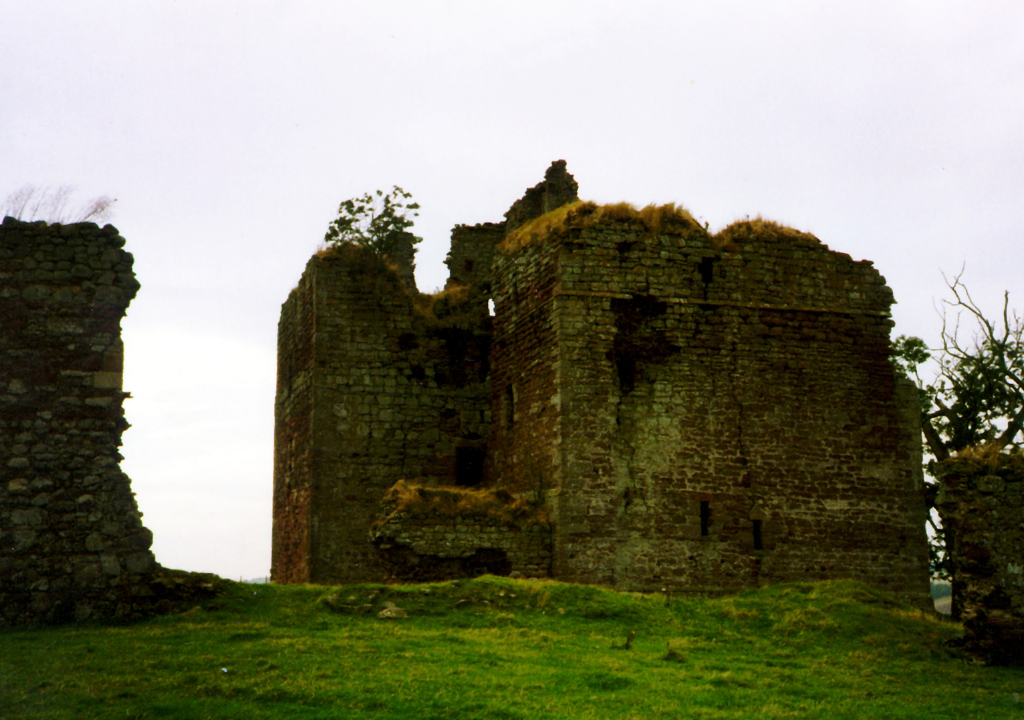 Cessford Castle is an exceptionally massive, ruinous L-plan castle, rising to three storeys in the main block and four in the wing. It incorporates work from the 15th century and probably earlier, and there are some remains of a large courtyard wall, as well as apparently another wall and ditch beyond this. The walls are as much as 12 foot thick in places. The castle is marked on Blaeu’s map of Teviotdale as ‘Sesfort Castle’. 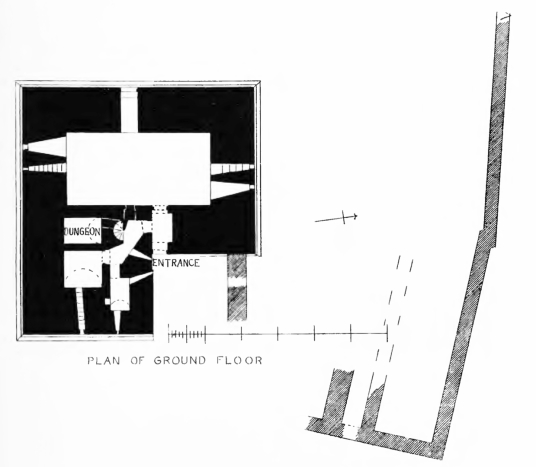 The entrance is in the re-entrant angle. The basement and hall were both vaulted, and the hall was a fine apartment with a fireplace and window seats. The wing contained the kitchen. There is a ‘dismal’ dungeon.
The lands were held by the Mowbrays, but they were forfeited by Robert the Bruce in 1316. Cessford went to the Sinclairs in the 14th century, but passed to the Kerrs in the following century. 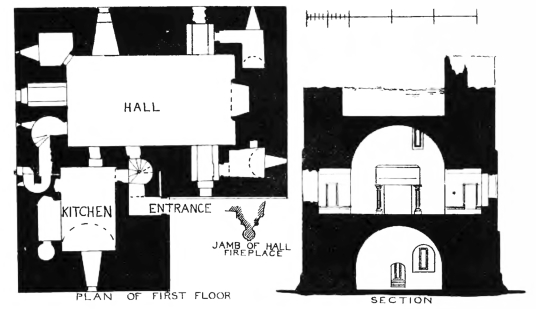 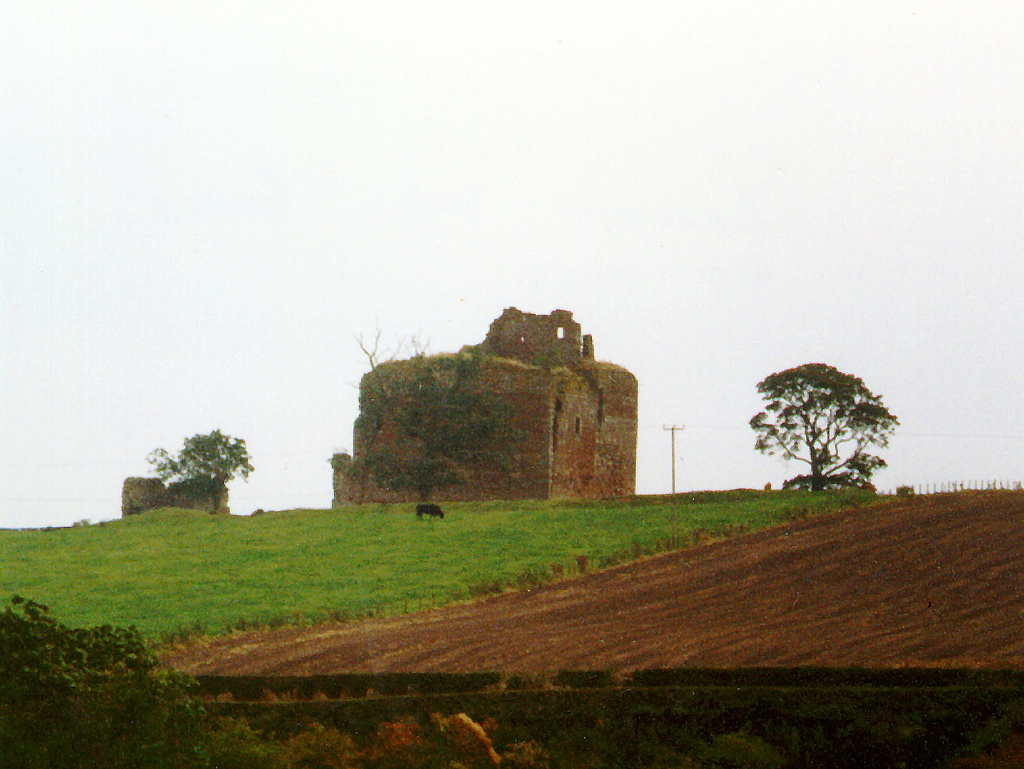 They apparently built the castle and soon rivalled the Ferniehirst branch of their family. In 1482 the castle was ordered in legislation to be garrisoned with 60 men of war. Sir Andrew Kerr of Cessford fought and survived the Battle of Flodden in 1513, and became a Warden of the Marches, although Cessford was damaged by the English in 1519. When the Earl of Surrey besieged the castle in 1523, he reckoned Cessford the third strongest castle in Scotland. The castle was slighted after it had been surrendered without a serious fight, although the English commander was not sure they could have taken the castle. 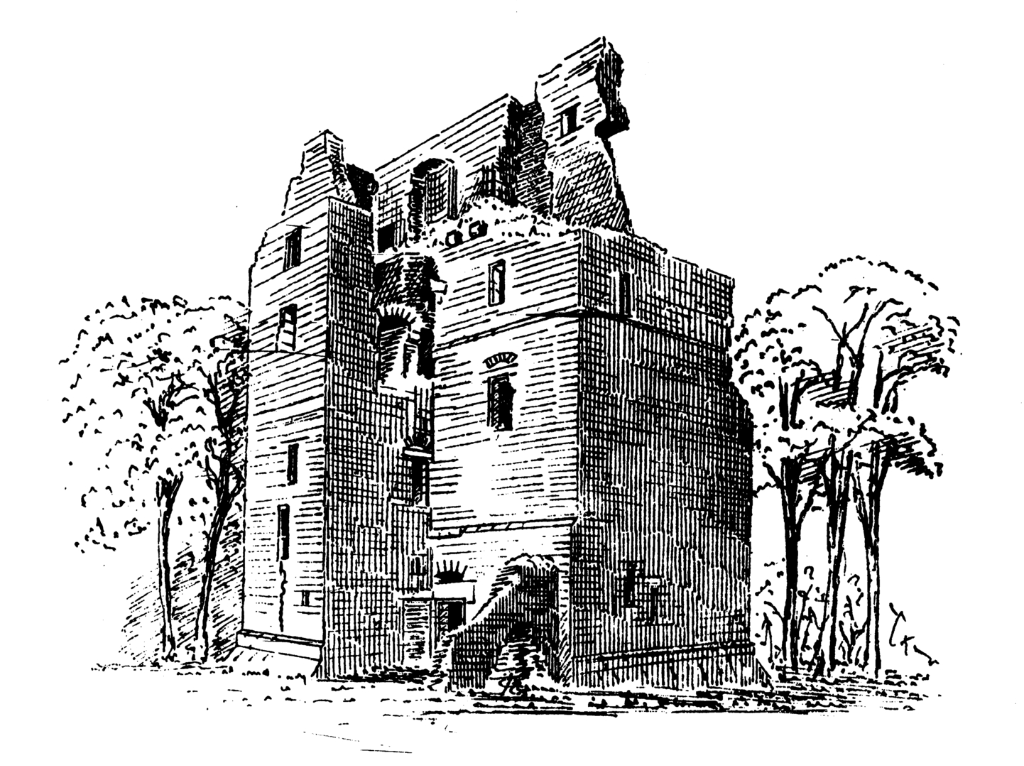 The Scotts of Branxholme killed several of the Kerrs of Cessford in 1526 during a long-running and bloody feud, and Walter Scott of Buccleuch was murdered by the Kerrs in the High Street of Edinburgh in 1552. 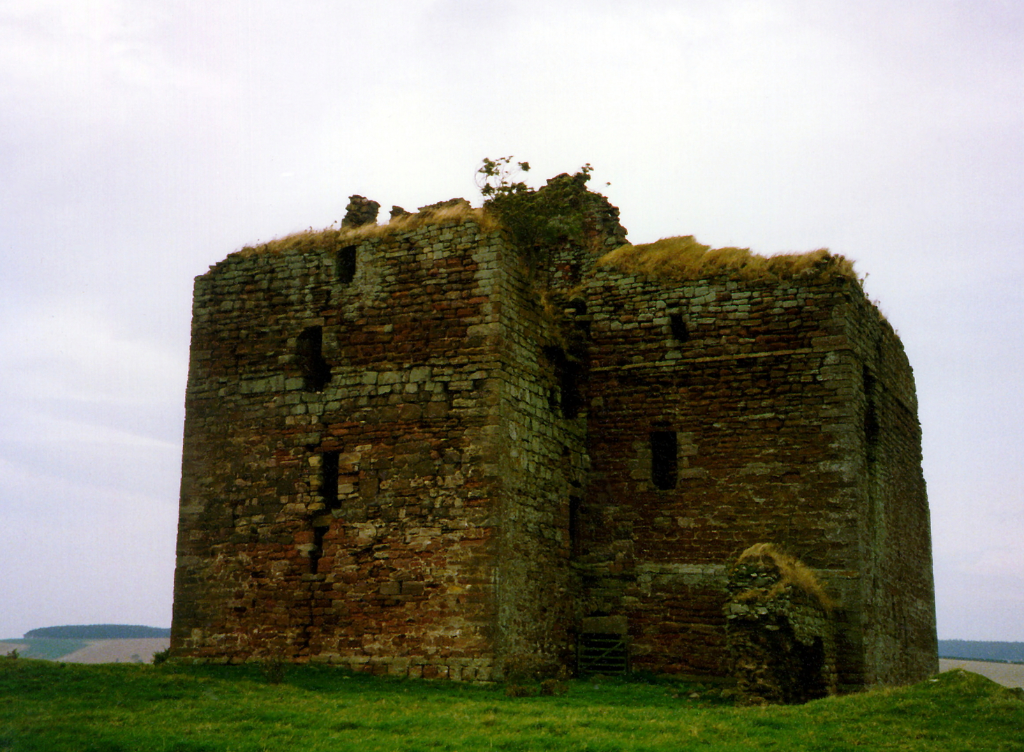 It was restored, but burnt in 1543, and damaged again by the English in 1544, when the barmkin was burnt, although the besiegers again considered the castle difficult to capture. Sir Walter Kerr, also a Warden, was banished to France for his part in the murder of Walter Scott of Buccleuch in 1552 during a bloody feud with that family, and was active against Mary, Queen of Scots. The Kerrs were made Earls, then Dukes, of Roxburghe. The castle was abandoned about 1650, and materials were used for the building of Floors Castle in the 1720s.