Galloway: About 5 miles north and east of Dalbeattie, on minor roads north of A711, about 0.25 miles north of Kirkgunzeon Lane, among farm buildings, at Drumcoltran Tower. 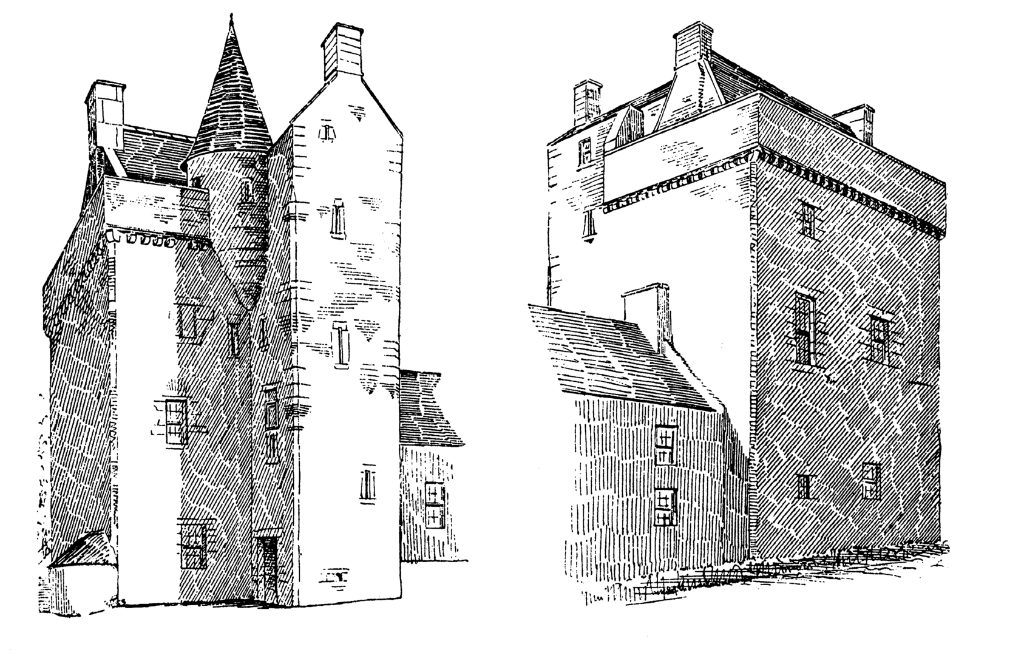 Drumcoltran Castle is a 16th-century L-plan tower house, which is in the midst of farm buildings. It consists of a main block of three storeys and a garret, within a corbelled-out parapet and rounded corners, and a slightly later stair-tower with no parapet, rising a storey higher to be crowned by a watch-chamber. The tower is roofed but does not have internal flooring.
The inscription above the front entrance is translated as: ‘Keep hidden what is secret; speak little; be truthful; avoid wine; remember death; be merciful.’
The basement is vaulted and housed the kitchen, the hall was on the first floor, and there were private chambers above.
‘Drumcauran’ is marked prominently on Blaeu’s map of Kirkcudbright. The farmhouse, which dates from the 18th century, formerly had a passage to the tower.
This was a property of the Herries of Terregles family, but passed by marriage to the Maxwells of Caerlaverock in 1548 when Edward Maxwell of Drumcoltran is mentioned, when he married Agnes Herries, heiress to the property. John Maxwell of Drumcoltran is on record in 1644.
The property was sold to the Irvings in 1669 and John Irving of Drumcoltran is mentioned in 1704, then to the Hynds in 1799, then to the Herons, and then back to the Maxwells in 1875. The tower was occupied until the 1890s, although by then it was being used to house farm labourers, and then as a store.