South Highland: About 7 miles east and north of Inverness, on minor road north of B9006 or south of A96, 1.5 miles south-west of Croy, at Dalcross Castle.

OPEN: Weddings and events. Self-catering accommodation available in the castle and on the estate. 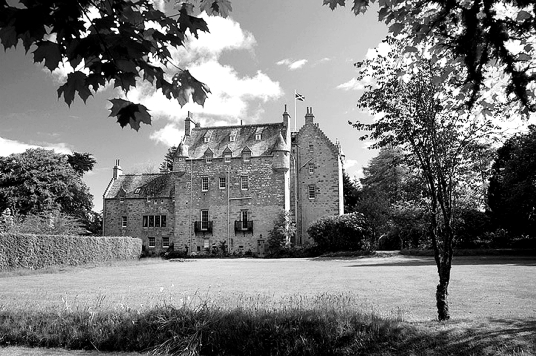 Set in an estate of some 850 acres, Dalcross Castle is a restored late 16th-century L-plan tower house, with work from 1620. It consists of two offset wings, one rising to five storeys and an attic, the other three, joined only at one corner to form two re-entrant angles, with corbiestepped gables and dormer windows. A projecting square stair-tower, in one re-entrant angle, is crowned by a gabled watch-chamber and has a bartizan. Many of the windows still have their iron yetts, and the walls are pierced by many gunloops and shot-holes. A lower extension was added in the early 18th century, and there are also later additions. There are extensive gardens. 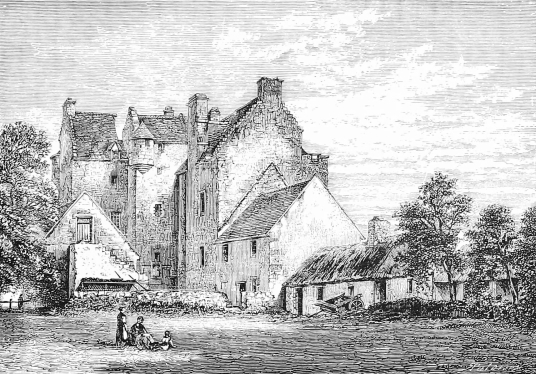 The entrance, from the courtyard, is in the foot of the square stair-tower, and leads to the vaulted basement. The basement contains a wine-cellar, with a small stair to the hall above, a kitchen, with a very large arched fireplace, and other cellars. The main turnpike stair is wide, and leads up beyond the fine first-floor hall, which has a large fireplace and a beamed ceiling. 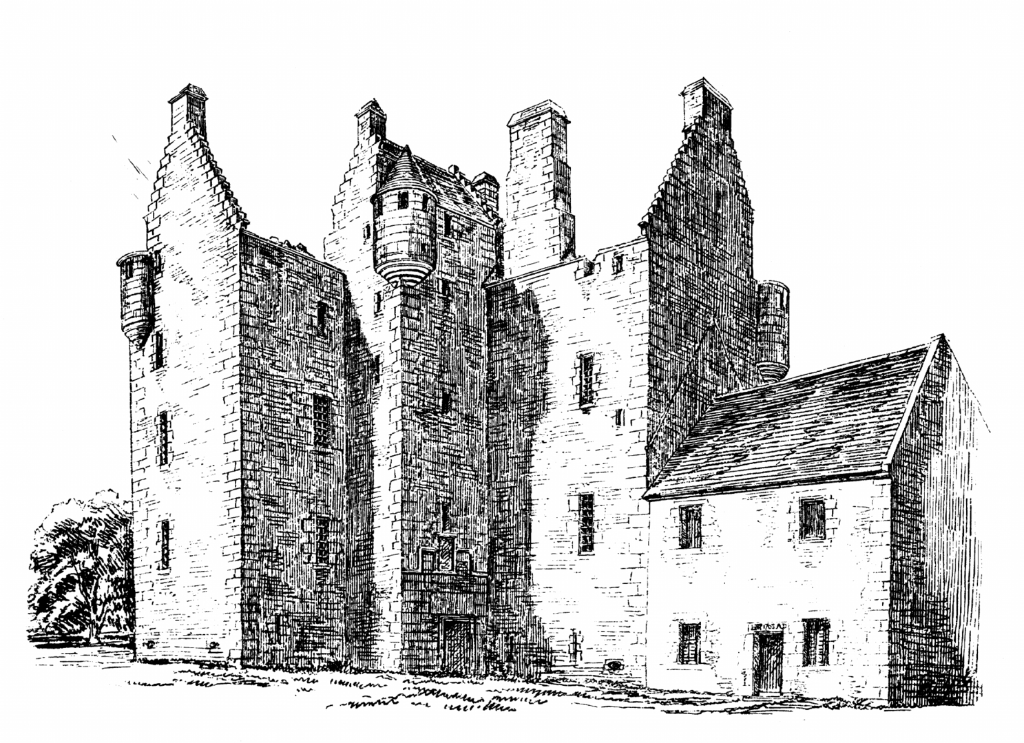 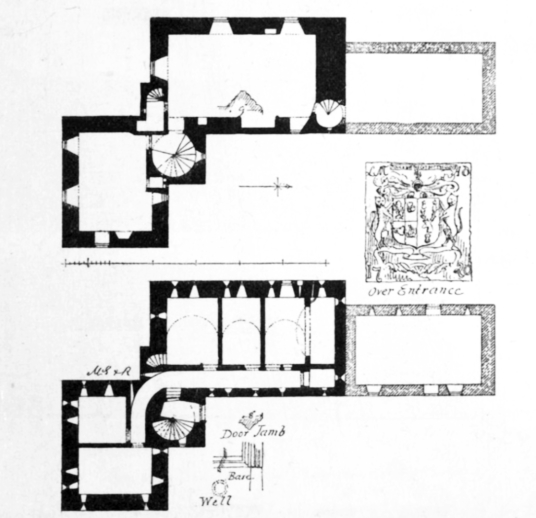 ‘Dacus Cast.’ is marked on Pont’s map of Moray and Nairn, and is depicted as a substantial tower in a walled courtyard, possibly with towers at the corners. 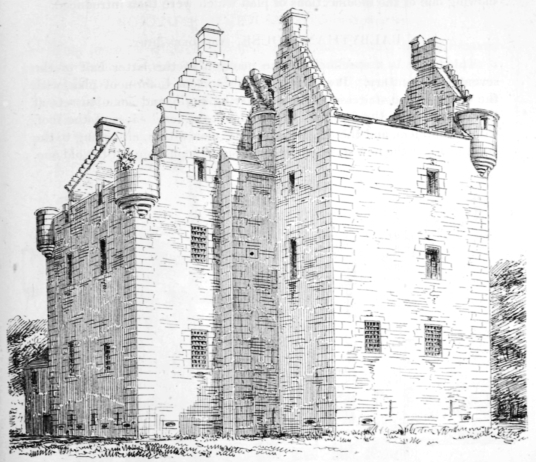 Dalcross was originally held by the Frasers of Lovat, and they rebuilt the castle in 1620. It was sold to the Mackintoshes early in the 18th century, and Sir Lachlan Mackintosh of Mackintosh, clan chief, died here in 1704. In 1731 the next chief, also Lachlan, died and his body was kept for two months at Dalcross so that all his people could pay their respects, his son was also abroad. When he was finally buried in his family vault at Petty some 4,000 people attended , and the cortege stretched some four miles from Dalcross to Petty.

Hanoverian troops were marshalled here prior to the Battle of Culloden in 1746 and then then laird entertained the Duke of Cumberland at the castle, while the lady of the house had raised her men for the Jacobites.
The building was abandoned and became a ruin, but was restored and reoccupied in the 20th century after going to the MacKinnons.

The present church at Petty dates from 1836, but on an older site, though it is no longer in use. The burial vault of the Mackintoshes dates from around 1686, and there are many interesting memorials in the graveyard.