Fife: To west of Newburgh, on minor roads north of A913, on south shore of the Tay, at Mugdrum House. 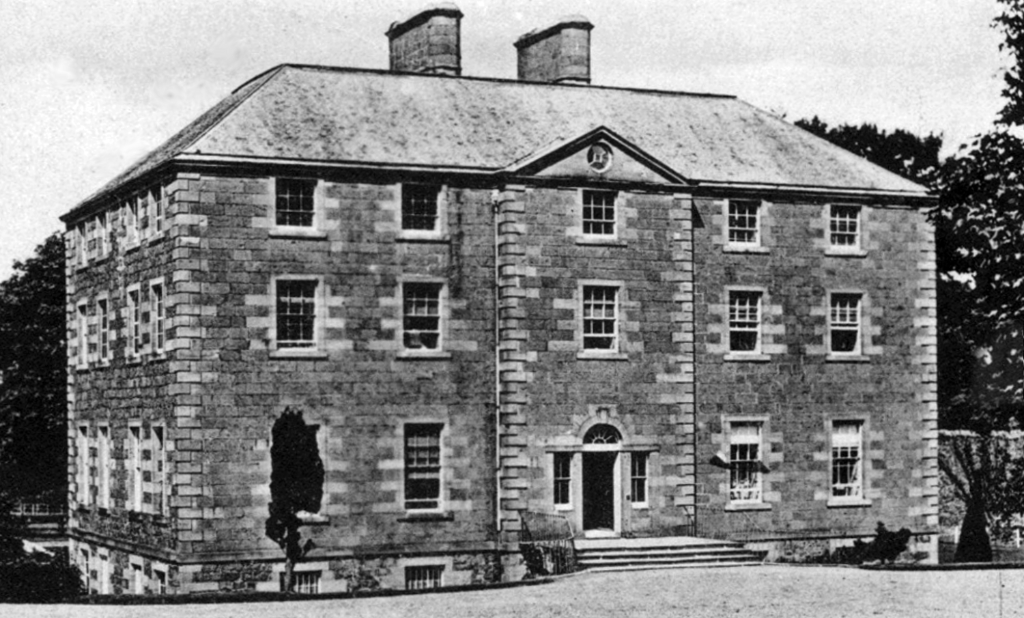 Site of tower. Set in wooded grounds, Mugdrum House mostly dates from the 18th century, although it may incorporate earlier work. The house was replaced by a mansion in 1786, but the new house burned down and the old house reoccupied.
The lands were apparently a property of John of Covintre (Coventry) at one time, but were held by the Ormes. David Orme of Mugdrum is on record in 1592, when he was summoned for treason, having apparently been involved with Francis Stewart, Earl of Bothwell, and he was then forfeited. A tower, fortalice etc is mentioned in those documents, and in an act in favour of Master John Moncrieff, advocate, is mentioned the lands of Mugdrum with tower, fortalice, houses, buildings, orchards, etc.
The property went to the Arnotts, and then to the Leslies around the 17th century, and then was sold to the Cheapes in 1678. Mugdrum was used by Lord George Murray, the Jacobite general, before the Rising of 1745, and the lands were later held by the Hays.
Mugdrum Cross [NO 225183] is an 11 foot high (possibly Pictish) cross-slab, dating from the 10th century or earlier, with carvings of men on horseback hunting wild boar. It is badly weathered, reduced in size and defaced. The cross is said to be associated with St Magridin, from which the name Mugdrum is derived.