Ruthven Castle or Ruthven Barracks, the large ruin of a government barracks built on the earthworks of a much older castle, near Kingussie in the Highlands of Scotland. 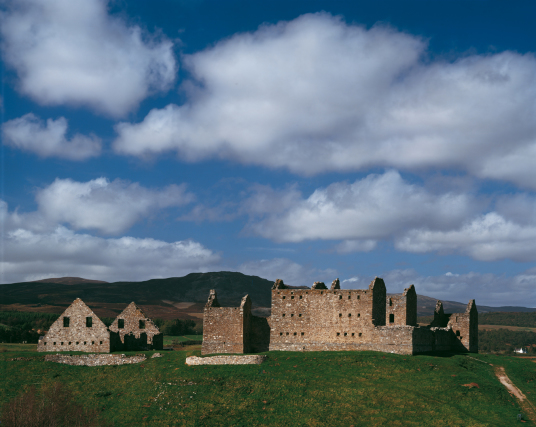 Ruthven Castle or Barracks (Many thanks and © Tom Wolf www.tom-wolf.com)

South Highland: About 1 mile south-east of Kingussie, on minor roads just north of B970, south of A86, south of River Spey, west of Burn of Ruthven, at Ruthven. 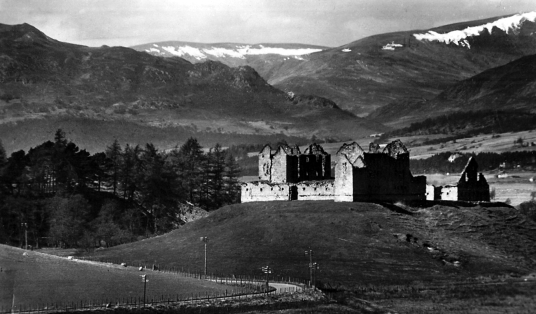 Substantial earthworks of a 13th- or 14th-century castle survive, along the large ruin of an 18th-century barracks and stable, built after the Jacobite Rising of 1715-16.
Ruthven was a property of the Comyns, and was later held by Alexander Stewart, the Wolf of Badenoch, as the chief stronghold of his lordship. In 1451 it passed to the Gordon, Earl of Huntly, but in that year was sacked by John MacDonald, Earl of Ross. It was rebuilt by 1459 when James II visited. Mary, Queen of Scots stayed at the castle. It was twice damaged by fire, and in 1689 attacked by Jacobites. 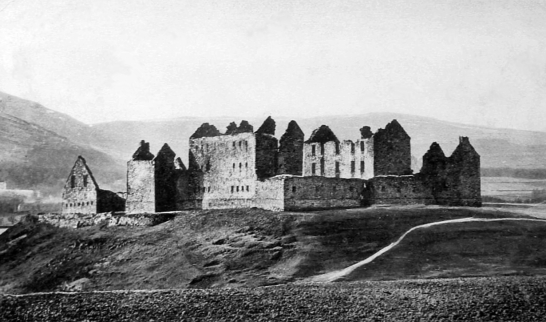 In 1718 the castle was demolished and replaced by a barracks, for Hanoverian troops, on the earthworks of the old castle and only the well remains from the old stronghold. Ruthven was held by government forces in 1745-46, but although fighting off a besieging force in 1745 was eventually taken and burnt by Jacobite forces in February of 1746, led by Brigadier-General John Gordon of Glenbuchat. The Jacobites rallied here after defeat at Culloden, but were then ordered to disband. The shell of the barracks survives, and there are fine views from here. 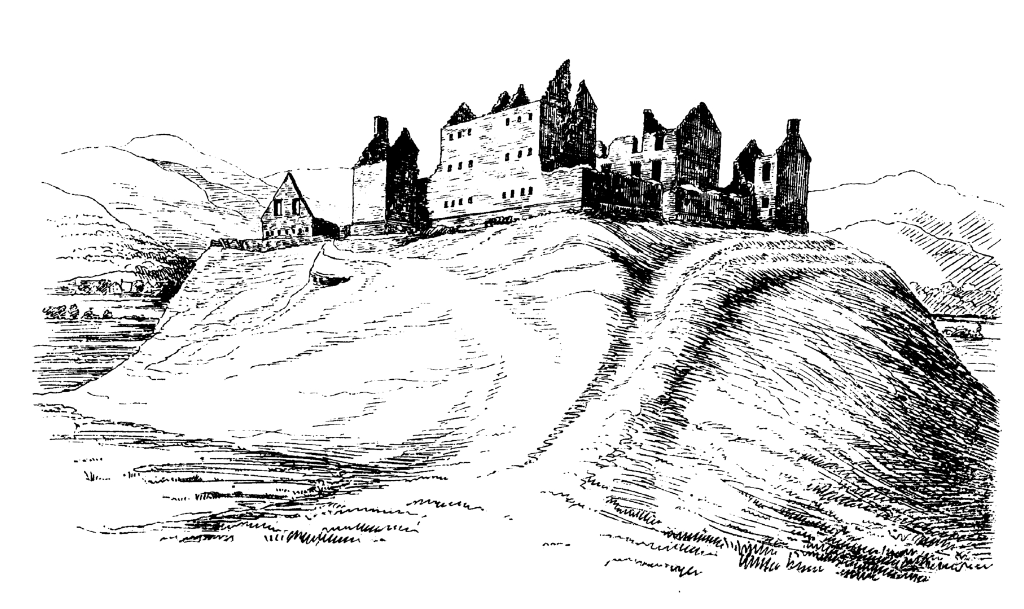 Alexander Stewart, the Wolf of Badenoch, was responsible for the burning of Elgin Cathedral and town, and the town of Forres. He reputedly dabbled in witchcraft, but in 1394 a visitor to the castle, dressed all in black, challenged Stewart to a game of chess. In the morning there was nobody left alive in the castle, for Stewart had reputedly played with the devil. 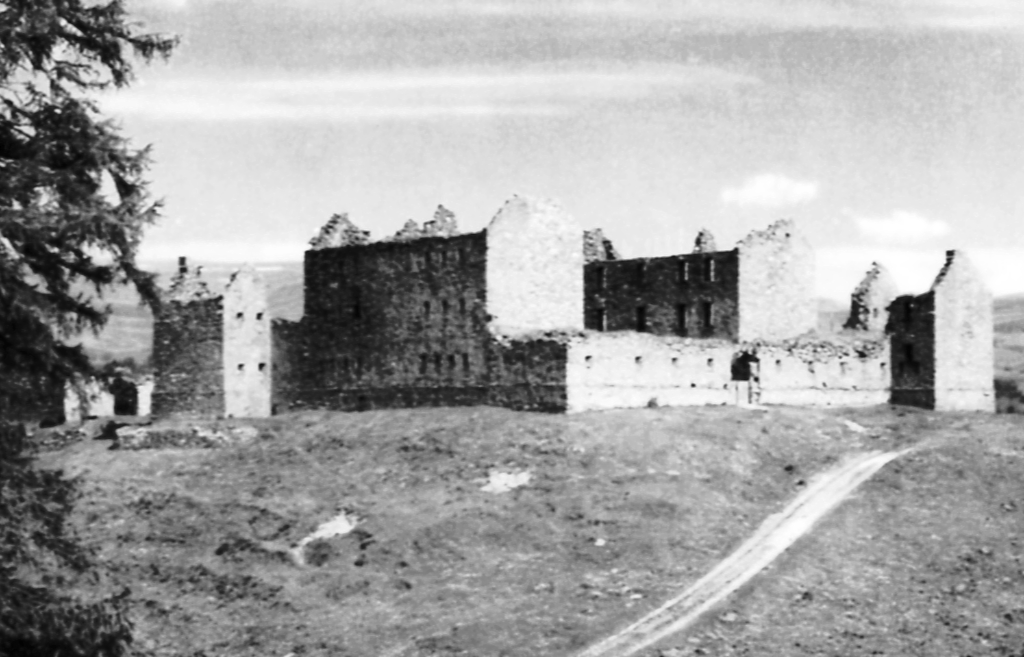 The shades of Stewart and his followers, still playing chess with the devil, reputedly haunt the place. So the story goes. Stewart, however, was buried in Dunkeld Cathedral.

His son, also Alexander, was perhaps a man of questionable morals like his father, although he was the leader of the force that fought off the Lord of the Isles at the bloody Battle of Red Harlaw in 1411 (also see Kindrochit Castle).