Perthshire: About 5 miles east and north of Crieff, on minor roads north of A85, 0.5 miles east of Fowlis Wester, at or near Castleton.

More on the castle from (and many thanks to) Colin Mayall at perthshirecrieffstrathearnlocalhistor.blogspot.co.uk.

Church and sculpted stones: open during daylight hours. Replica on display in village. 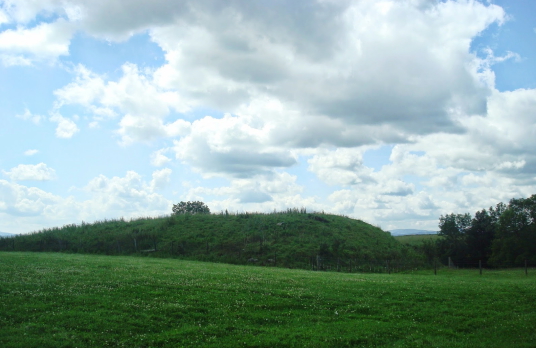 Fowlis: site of the castle on mound (© Colin Mayall)

Site of castle, nothing of which remains except a mound protected by a ditch. ‘Fowlis’ is marked on Pont’s map of Strathearn and a large building is depicted, probably the church at Fowlis Wester. 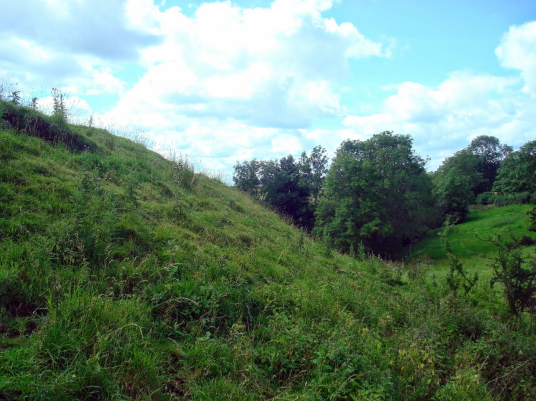 Fowlis: site of the castle on mound (© Colin Mayall)

‘Fouls’ is marked on Adair's map of Strathearn as a church, and a settlement at ‘Castletoun’ is also marked,
The castle was a property of the Earls of Strathearn in the 12th century and earlier. Grim, Thane of Strathearn, was slain at the Battle of Mortlach in 1010, but the family became powerful. Malise, Earl of Strathearn, was at the crowning of Alexander II in 1249 and was made regent for the young king. He married four times and acquired much land, and died in 1271. 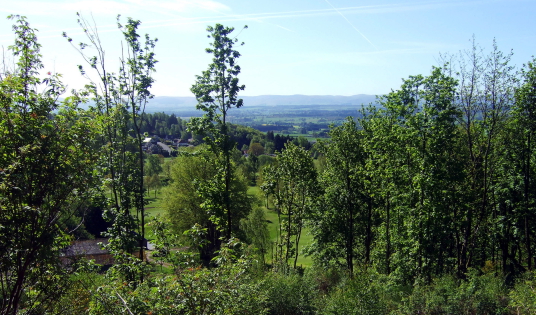 Malise, a later Earl, did homage to Edward I of England and only reluctantly acknowledged Robert the Bruce after he arrived with an army. The title was lost in 1344, and was given to the Murrays, then went by marriage to the Grahams. The castle was most likely abandoned at this time. A stretch of walling was still visible in the middle of the 19th century. 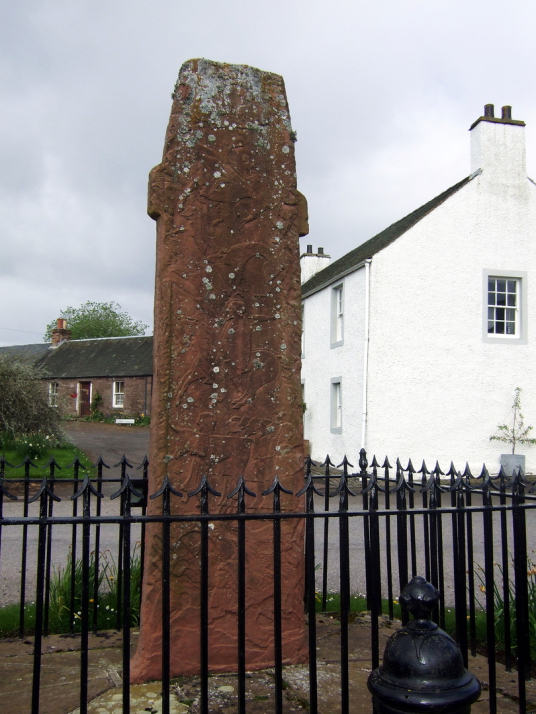 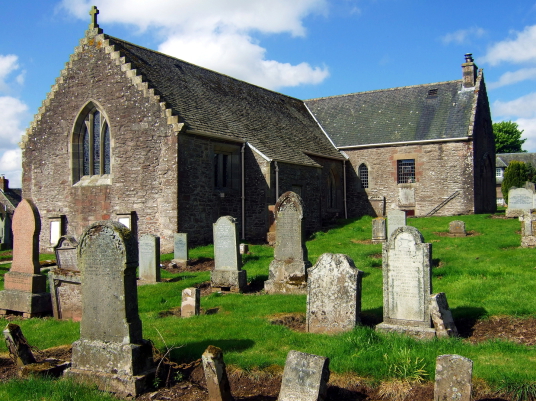 The church at Fowlis Wester [NN 928241], which dates from the 13th century and stands in a very pretty spot, was dedicated to St Bean. It has been rebuilt several times down the centuries.

The church now houses the Cross of Fowlis. a Class 2 Pictish cross-slab, over ten feet tall, with a replica on the original site in the village. The front of the stone has a tall cross, with carved decoration inside the arms, while on the reverse are Pictish symbols and other carving, including a double-disc and Z-rod, horseman, beast, two horsemen riding abreast, and (very unusually) a cow with a bell around its neck, being led by one man and followed by a procession of six other men, as well as a man being devoured by a beast. The iron chain attached to the stone is probably the remains of jougs, an iron collar to which petty criminals would be attached for public ridicule. 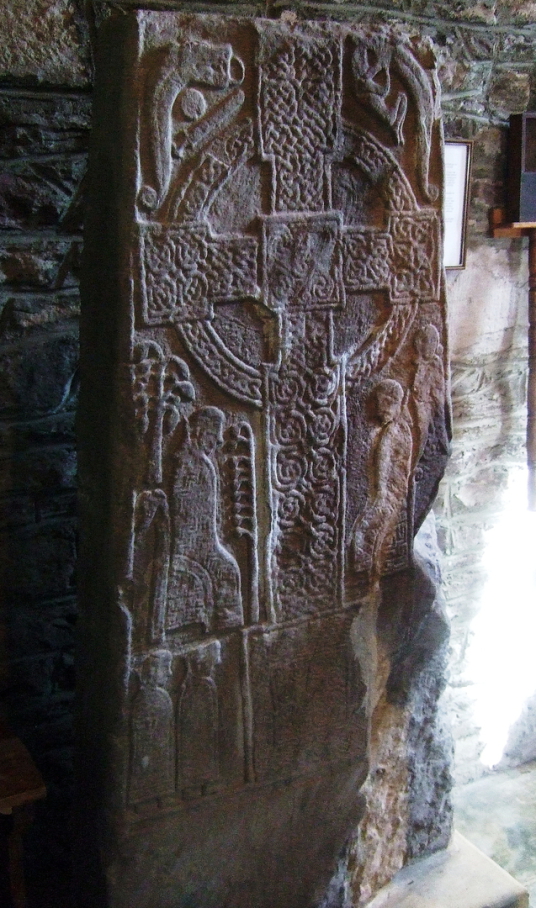 The church also holds a second Pictish carved stone with a large ringed cross, filled with interlaced decoration, sitting on a square base, as well as biblical scenes.