Lothians: About 3.5 miles east and south of Dalkeith,  1 mile north-west of Patthead, on minor road east of the A68 at junction with B6372, west of the Tyne Water, at Oxenfoord Castle. 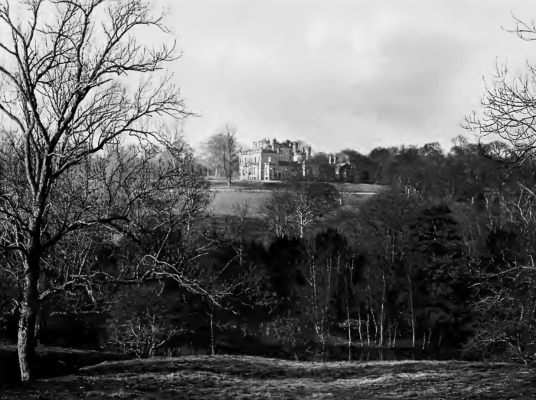 Set in 68 acres of fine grounds and parkland, Oxenfoord Castle, also recorded as Oxfurd, is a large baronial mansion with turrets and a crenellated parapet, built in 1780-85 by the architect Robert Adam. 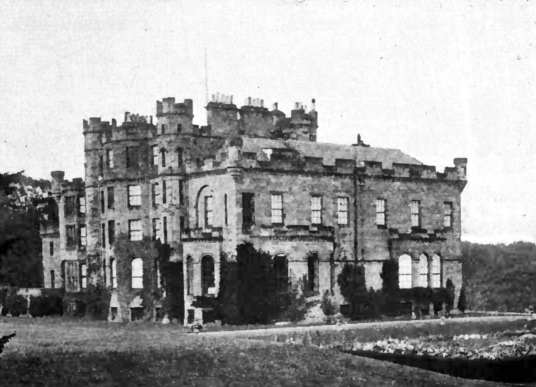 The building was enlarged by William Burn in 1842, but incorporates a 16th-century L-plan tower house of four storeys (which is completely obscured by later work). There was a stair-tower in the re-entrant angle of the tower, and bartizans crowned the corners. 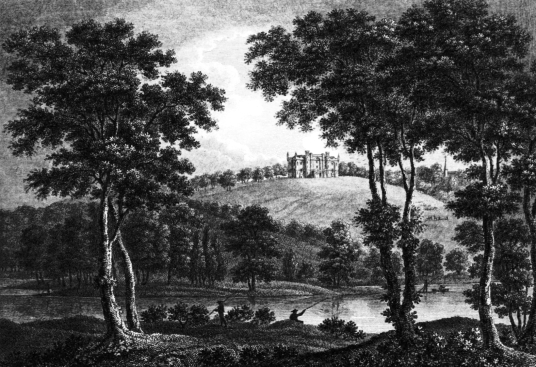 ‘Nether Cranston’ (now Oxenfoord) and ‘Over Cranston’ (known as Cranston – also see that entry) are both marked on Blaeu’s map of The Lothians. ‘Cranston’ is marked twice on Adair’s map of East Lothian, both in enclosed wooded policies on either side of the Tyne Water. 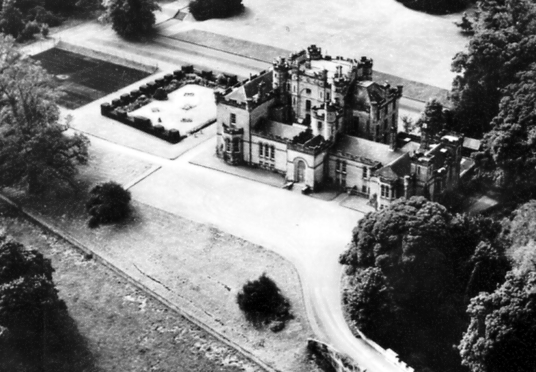 This was a property of the Riddells, but passed to the MacGills (or Mackgills) in the 12th century, one of whom was David MacGill of Oxenfoord, King’s Advocate in 1582. The family were made Viscounts Oxfurd in 1661. The property passed by marriage to the Dalrymples of Stair in 1760, and was the seat of the Earls of Stair. James Boswell stayed here in 1786. It was used as a girls’ private boarding school from 1931, although this closed in 1984. It is still held by the Dalrymples and is now a private residence again.