Lothians: About 2 miles north-east of Dalkeith or 2.5 miles south-east of Musselburgh, on minor roads east of A6124, west of Queen Mary’s Mount, at Carberry Tower. 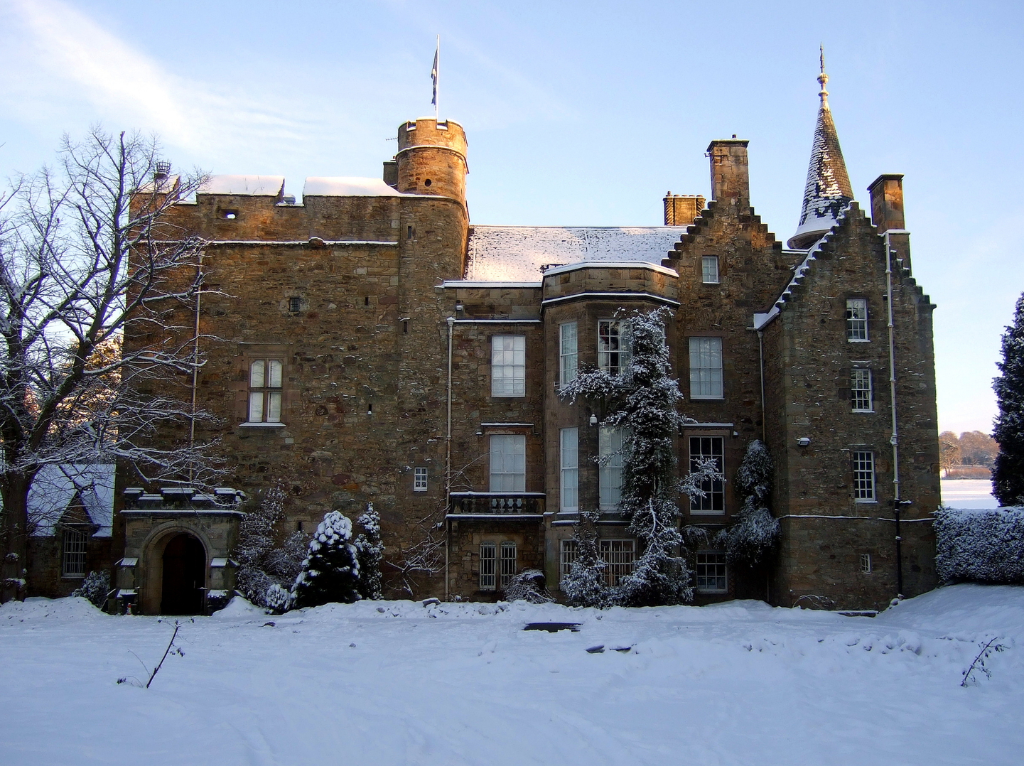 Set in 35 acres of wooded grounds with a pond, avenue and garden, Carberry Tower is a small square 16th-century tower house of four storeys with a corbelled-out parapet and very thick walls. The building may incorporate earlier work. 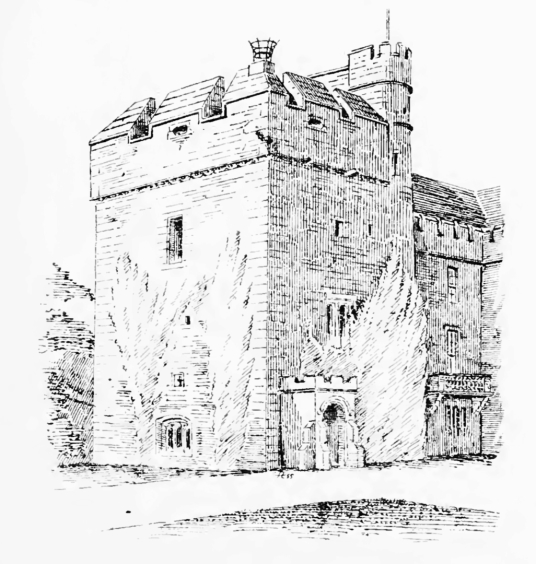 A caphouse crowns the stair at the one corner, and the walls are pierced by gunloops. There is an adjacent block and tower, probably also dating from the 16th century, with a corbelled-out stair-turret, although the old part has been much altered. 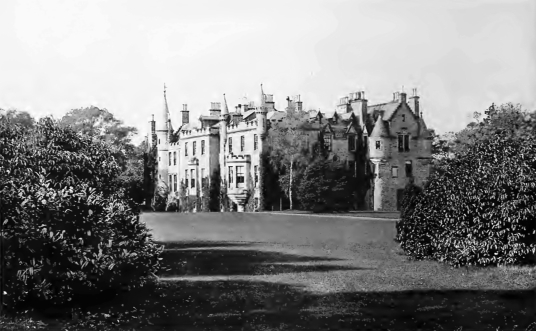 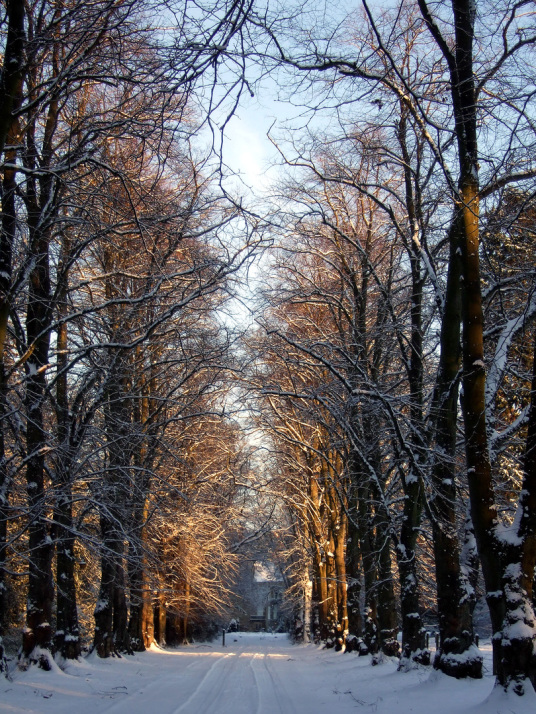 Carberry Tower: avenue of trees up to the mansion (© Martin Coventry)

The tower was extended by a large mansion in 1819, which was remodelled by the architect David Bryce (and by Thomas Ross of MacGibbon and Ross fame) and rises to three storeys and an attic and has corbiestepped gables and corbelled-out turrets. The building stands in 35 acres of scenic grounds, and there is a sundial in the rose garden, probably dating from the 17th century, and an impressive avenue of trees. 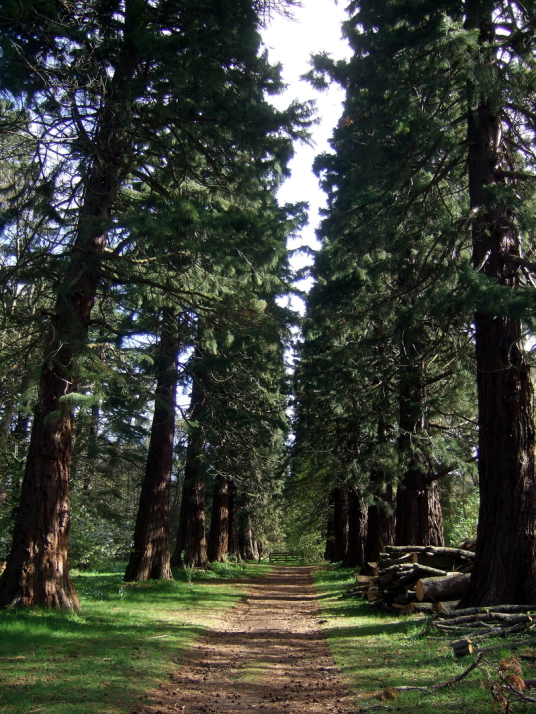 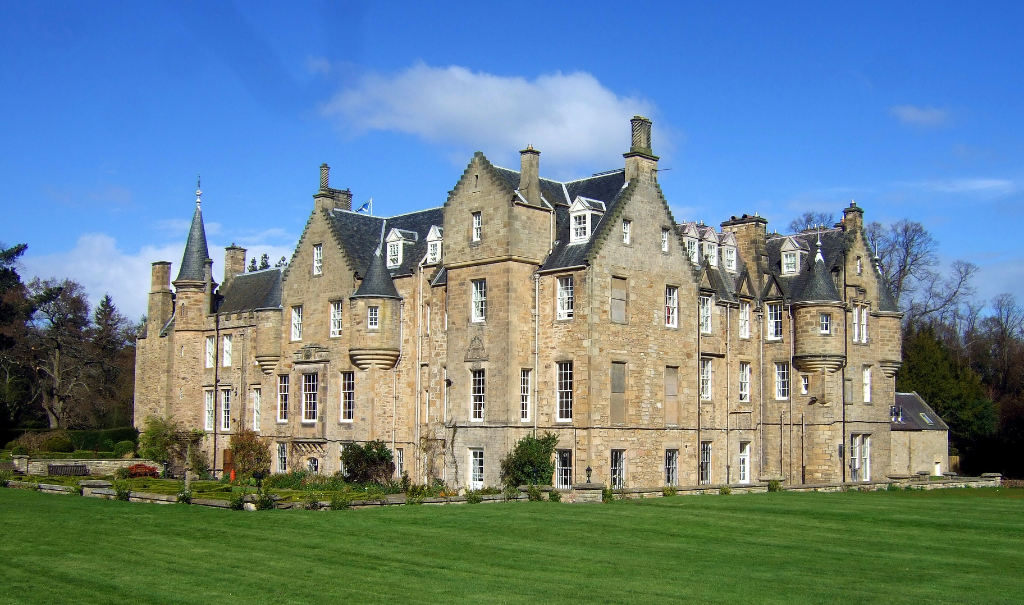 ‘Kaertery’ is marked on Blaeu’s map of The Lothians, then ‘Carbery’ on Adair’s map of Midlothian when the place is depicted in wooded policies. 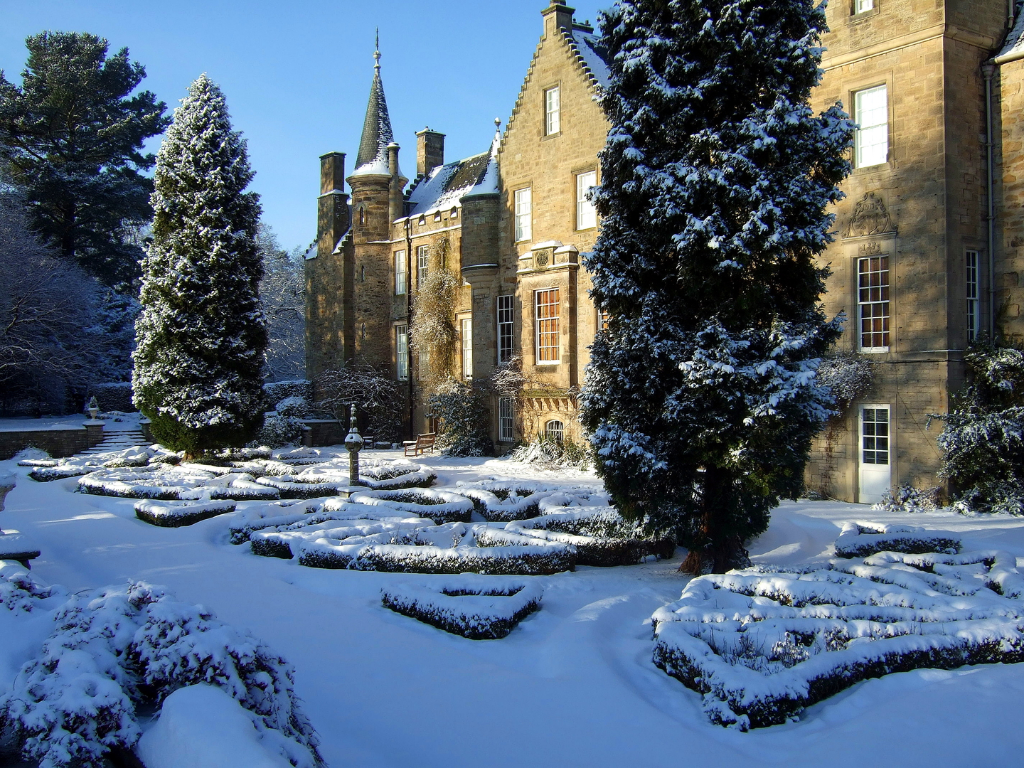 The lands were held by the Abbey of Dunfermline, but the tower was built (or rebuilt) by Hugh Rigg about 1543, not far from the site of the Battle of Carberry Hill, where, in 1567, Mary, Queen of Scots was captured and later forced to abdicate. James Rigg of Carberry is on record in 1643, while William Rigg of Carberry was on a commission to judge an accusation of witchcraft against Bessie Fowler, widow in Fiserrow, and others,  in 1661. 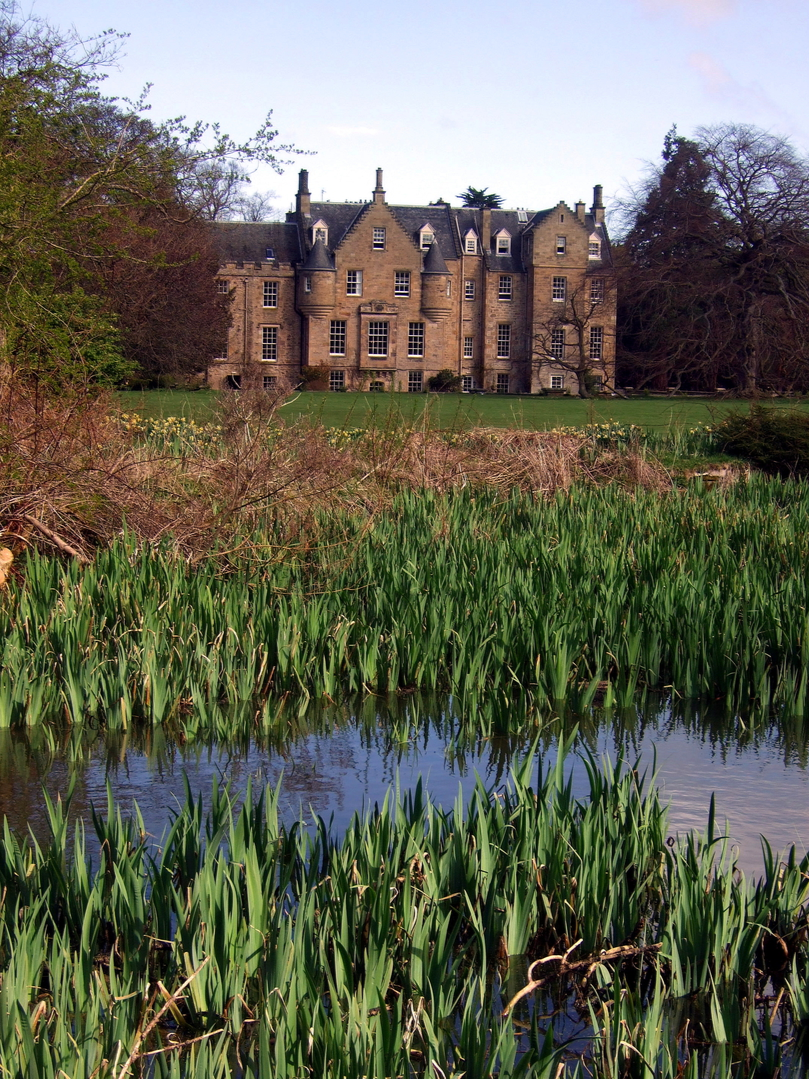 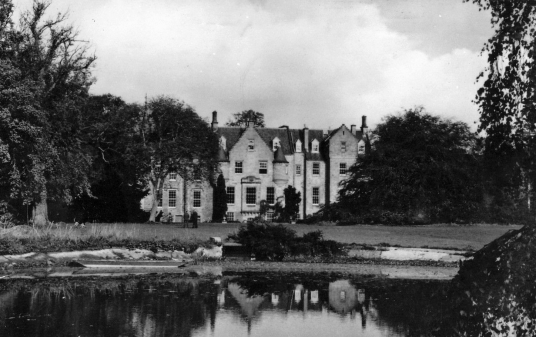 The property later passed to the Blairs of Lochwood in 1659, and in 1669 Sir Adam Rigg of Carberry had a ratification in his favour for properties in Ayrshire, although proceedings of forfeiture against him were taken in 1695 . 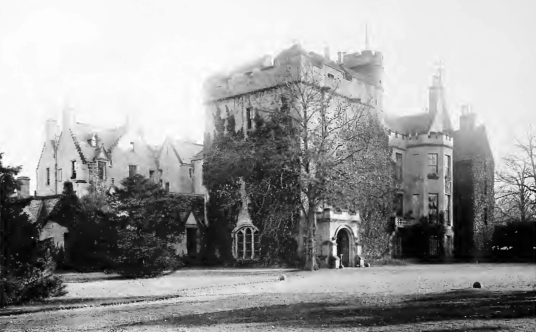 The property went to the Dicksons of Inveresk in 1689, and Sir Robert Dickson of Carberry is on record in 1707,  then went to the Fullertons, then by marriage to the Elphinstone familyin 1801 – whose original tower, Elphinstone Tower, was nearby. 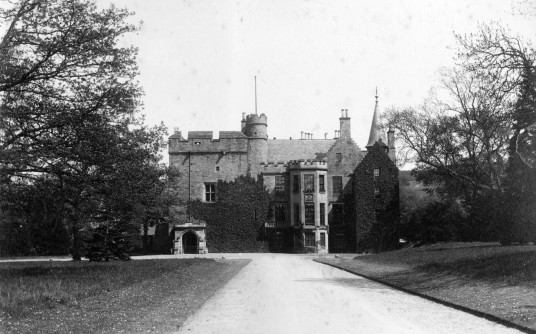 Carberry Tower (1885?, Photo many thanks and © Michael Streuli)l

The property was gifted to the Church of Scotland in 1961 and was used as a Christian youth and conference centre before being refurbished as a hotel, although it has changed hands since. 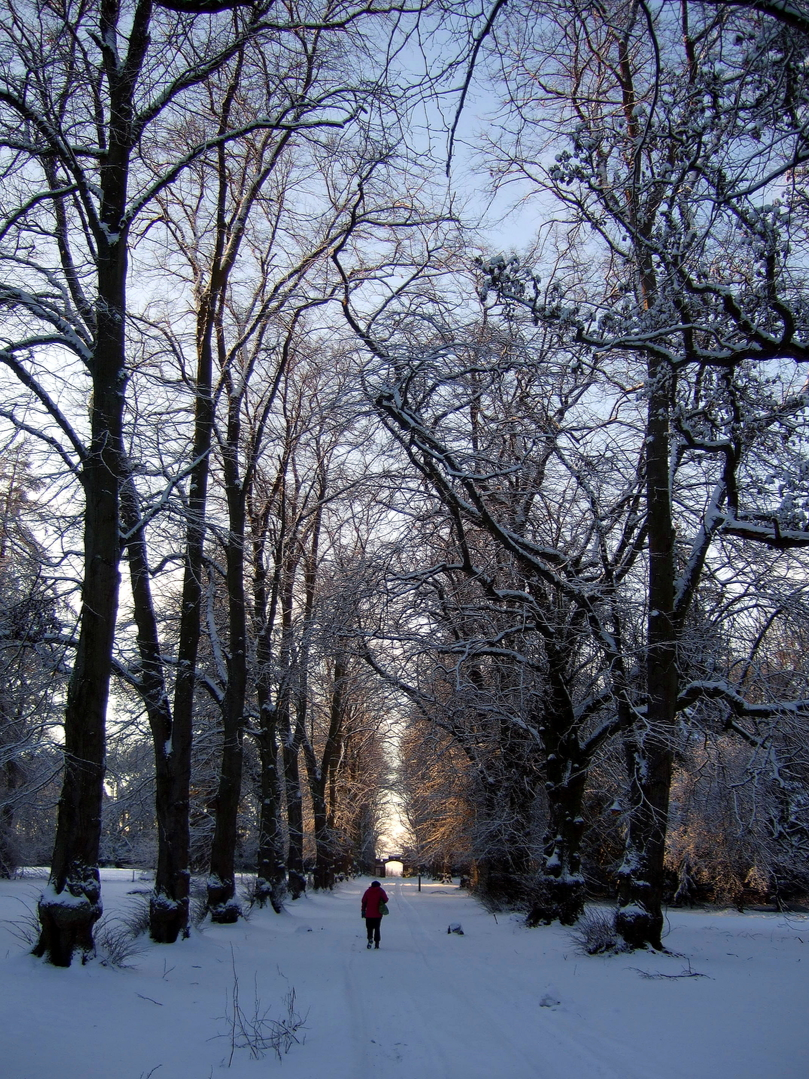 The corbiestepped gable of the original castle were apparently over-decorated with cherubim:
‘Auld Hugh Rigg was very very big,
But a bigger man than he,
When his cherubs chirped,
Upon his new house of Carberee!’

There are stories that the building is haunted, and one account reports an apparition of a women dressed in white in the courtyard, claimed to be that of Mary, Queen of Scots, although it is far from certain that Mary ever visited the place. Another story is that the place is haunted by the ghost of a child drowned in the pond.