Ayrshire: About 3.5 miles north-east of Troon, on minor road west of B730 0.5 miles south of junction with A759, just south-west of Dundonald, at Dundonald Castle. 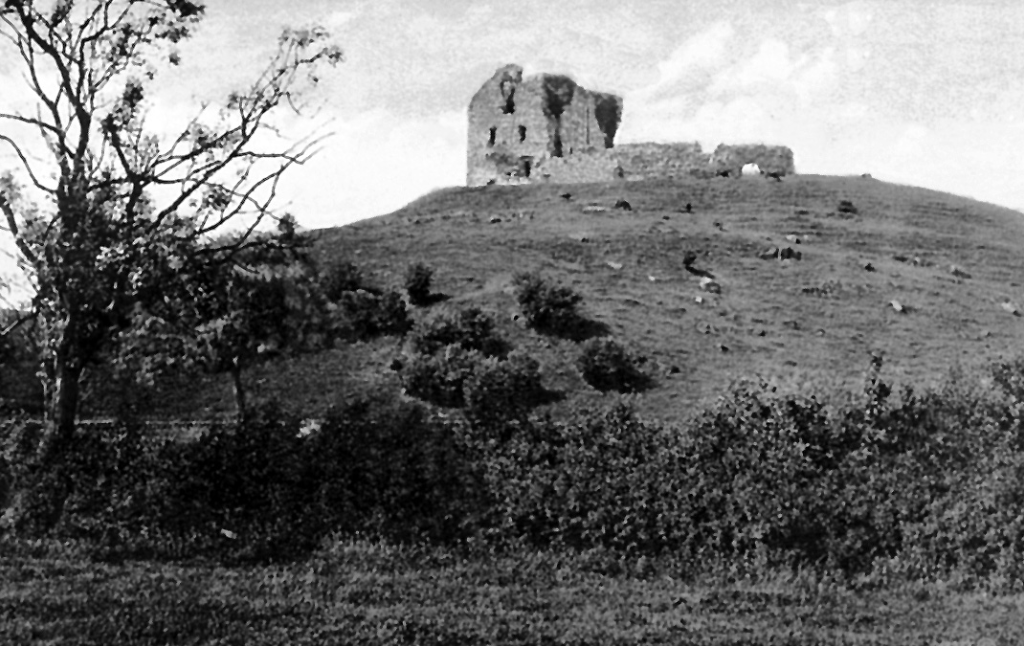 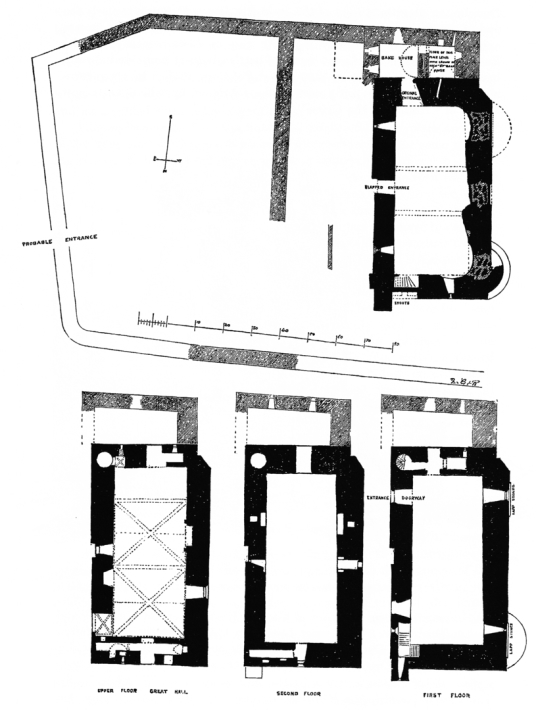 In a prominent location and an imposing ruin, Dundonald Castle consists of a remodelled 13th-century tower, formerly the gatehouse of an earlier castle. The entrance was blocked and the basement and hall on the first floor were given vaults, the hall vault being particularly fine. Most of the wall of the adjoining courtyard survives. The castle appears to have had a moat.
‘Dun Donald Cast.’ is marked on Blaeu’s map, shown on a hill with a wooded and enclosed park. 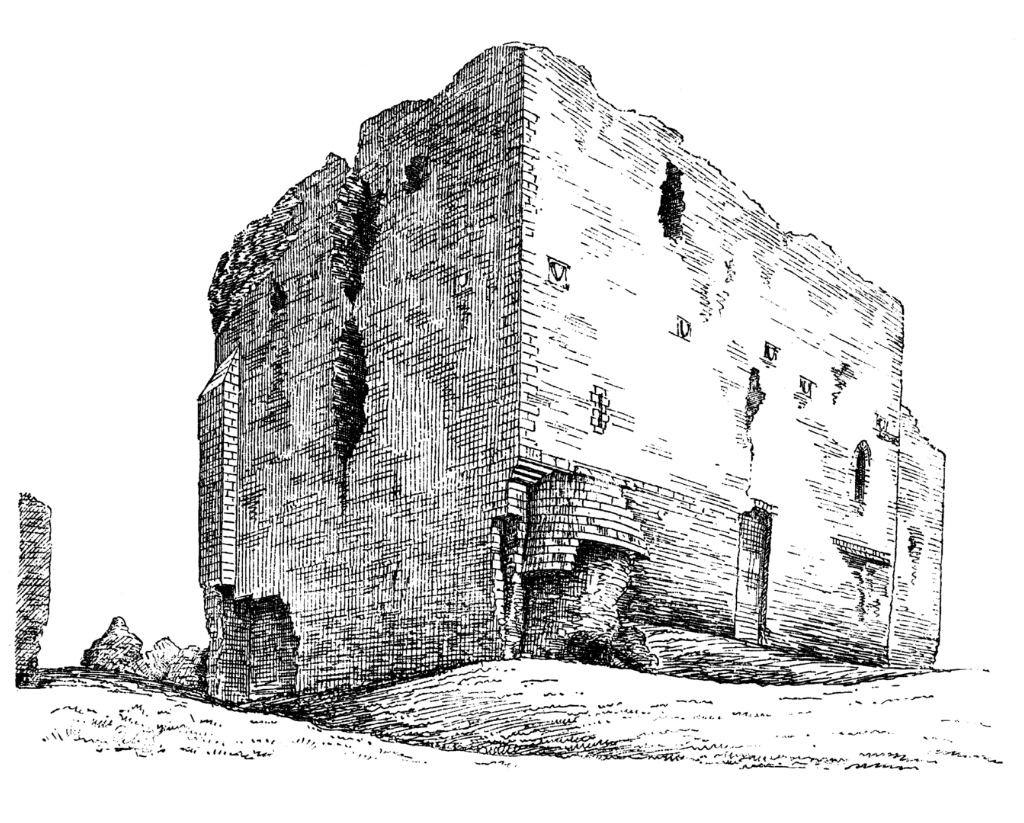 Dundonald was built by the Stewarts in the 13th century, and is said to have been slighted in the Wars of Independence. It was extended and remodelled around 1350 by Robert II, who died at Dundonald in 1390. Robert III also used the castle, and he may have died here in 1406. 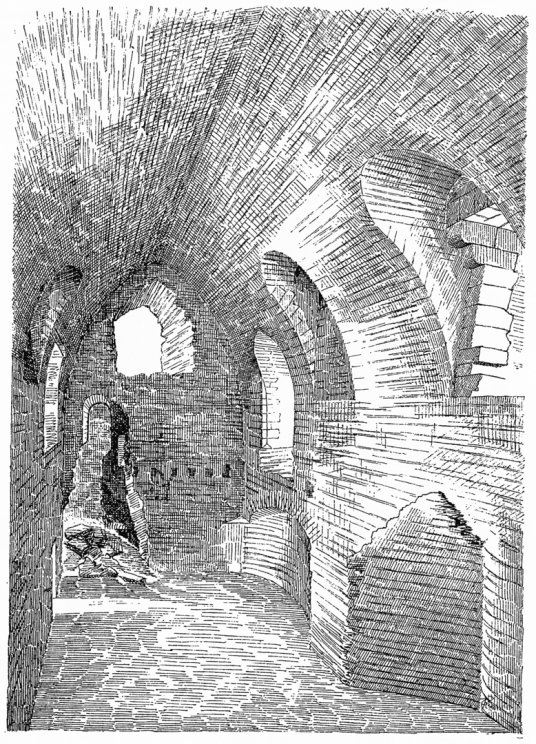 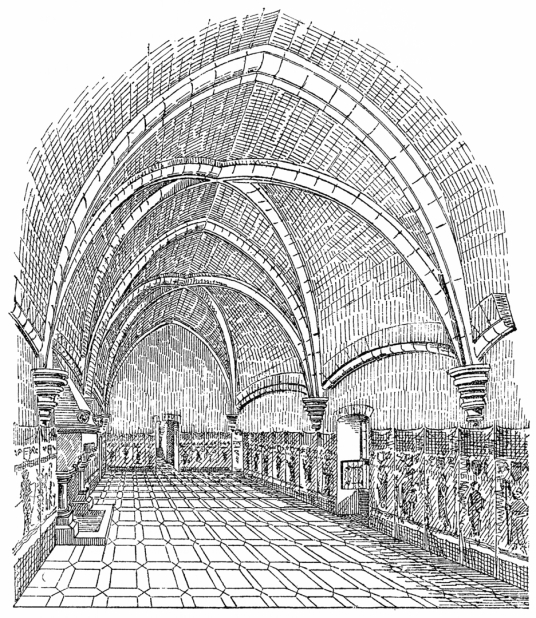 The property was bought by Sir William Cochrane in 1636, and in 1644 he used the old castle as a quarry from which to build the staircase tower of the mansion of Auchans, itself now a ruin. William Cochrane, Earl of Dundonald, had a ratification of 1669 which mentions Dundonald, with the castle, tower, fortalice, etc. Dr Johnson and Boswell visited in 1773.
There is said to be a tunnel linking the castle to Stane Castle, while another went to Auchans, and a third to Seagate Castle in Irvine.