Argyll & Dunbartonshire: About 8 miles south-east of Tobermory, on isle  of Mull, on minor road east of A848, west side of Sound of Mull, just south-east of Aros Mains, at Aros Castle. 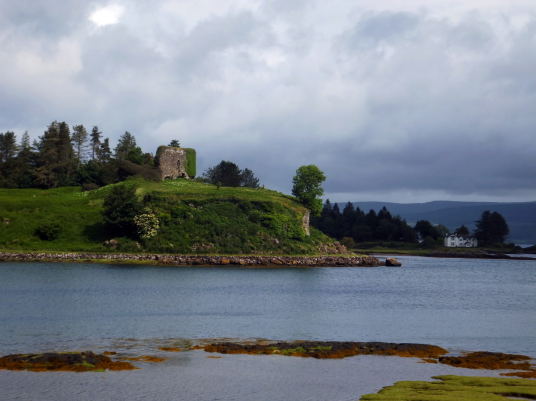 Once one of the most important sites on Mull, Aros Castle consists of a ruined 13th-century hall house, the ground floor of which is choked with fallen masonry, and an overgrown courtyard, which contained several buildings. The castle was protected by a steep drop to the beach, and a ditch and wall on the landward side, with a drawbridge.
‘Arrois Cast.’ is marked on Blaeu’s map of Mull. 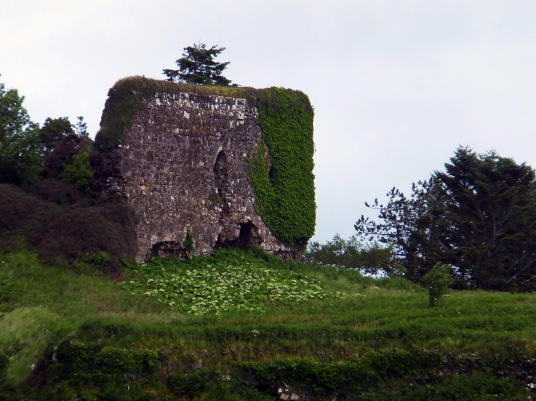 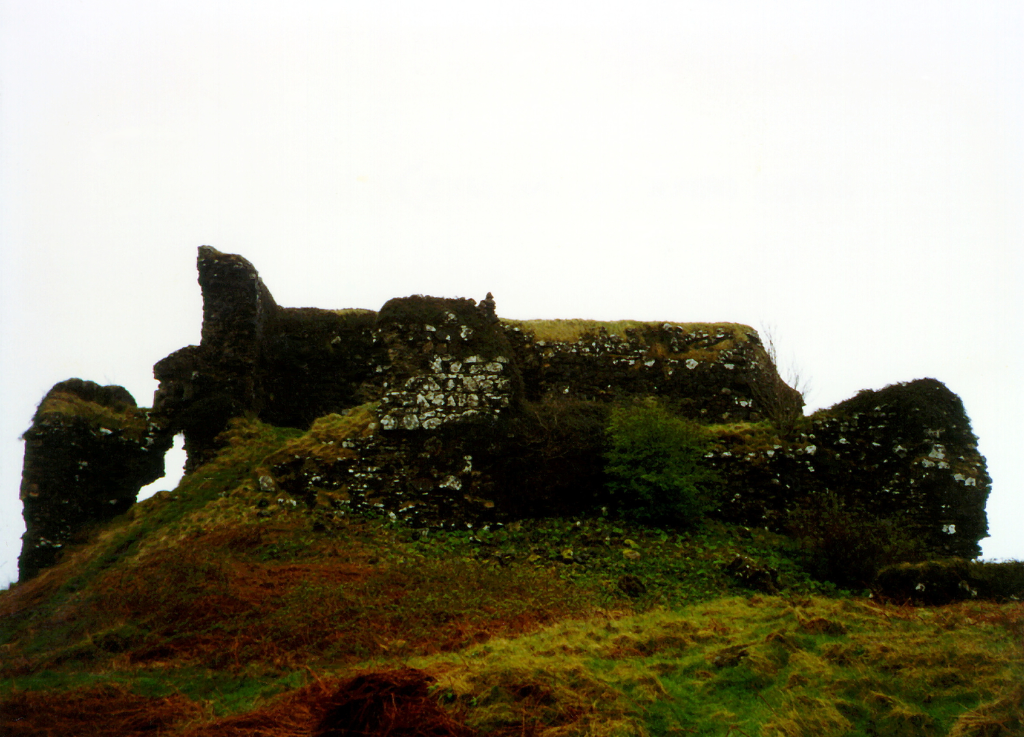 Aros was built by the MacDougalls, but at the beginning of the 14th century passed to the MacDonald Lords of the Isles. Three charters were issued from the castle by the Lords in 1410, 1469 and 1492. After the forfeiture of the Lords in 1493, it was acquired by the MacLeans of Duart. 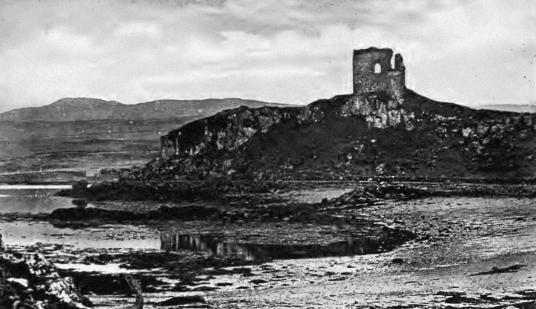 On the orders of James VI in 1608, Lord Ochiltree lured many unruly island chiefs onto his ship, where they were imprisoned in Blackness Castle. In 1674 the Campbell Earl of Argyll occupied Aros (and Duart) with 2,000 men to punish the MacLeans of Duart, and there was much bloodshed. 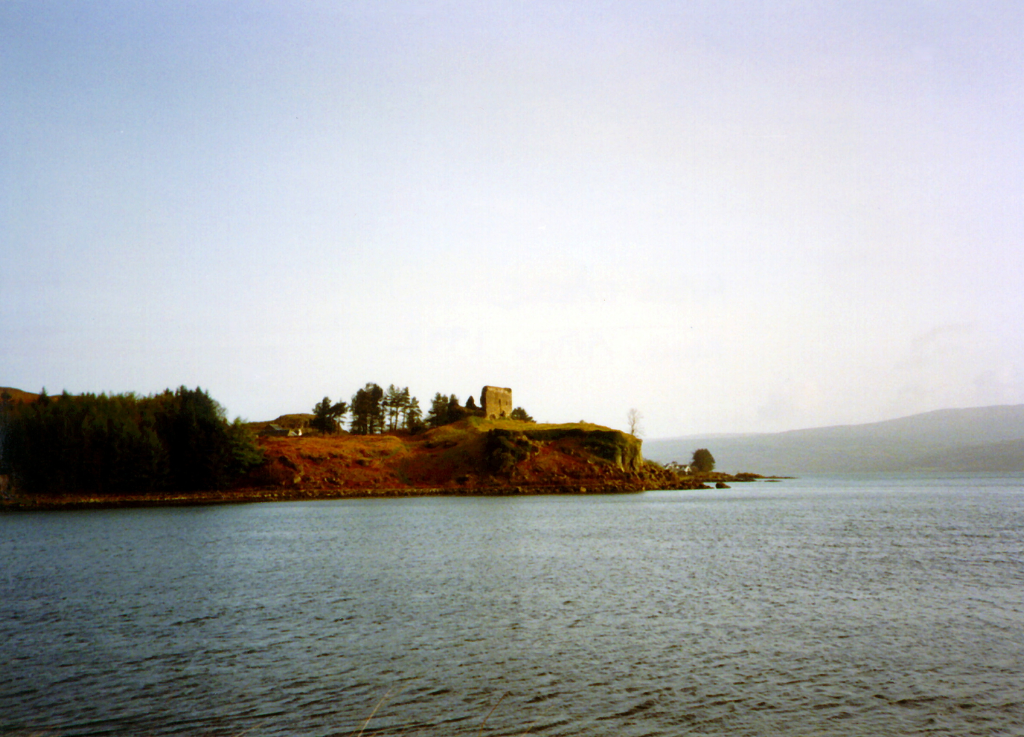 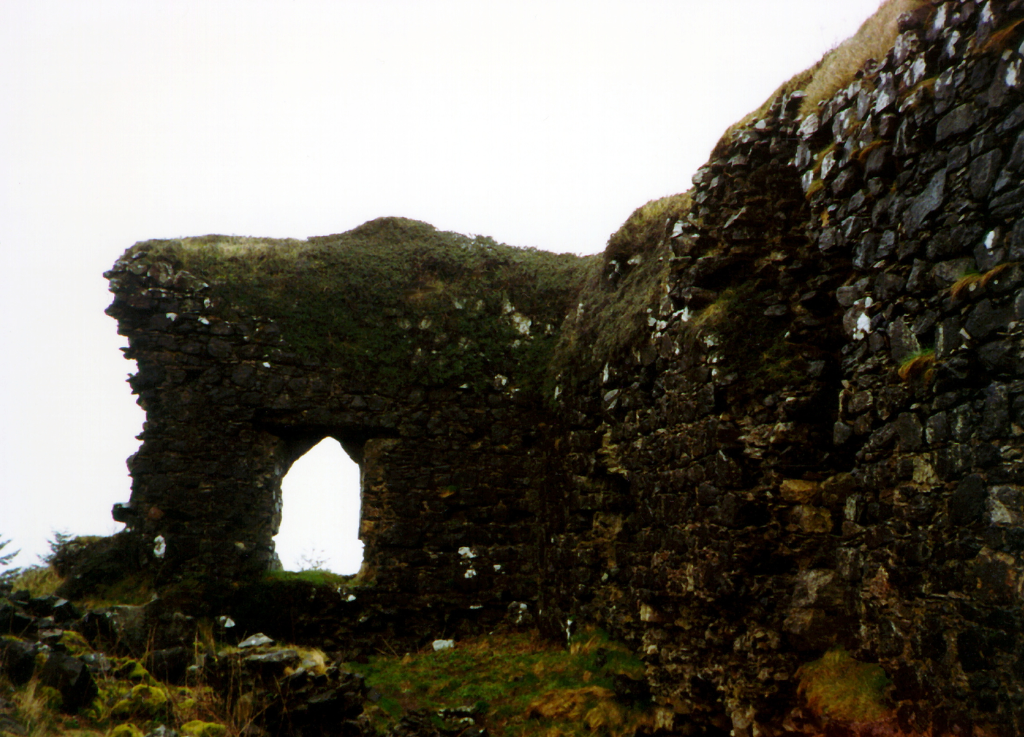 The lands later passed to the Campbells, but Aros lost importance to Tobermory in the 18th century as Tobermory had a more sheltered harbour.
The lands around Aros and castle were put up for sale in 1996. Aros Mains [NS 562451] dates from the 1770s or 1780s, and was built by the Duke of Argyll for his Chamberlain, James Maxwell.