Moray: About 4 miles south-west of Forres, on minor roads south of A96, 1 mile west of River Findhorn, at Darnaway Castle. 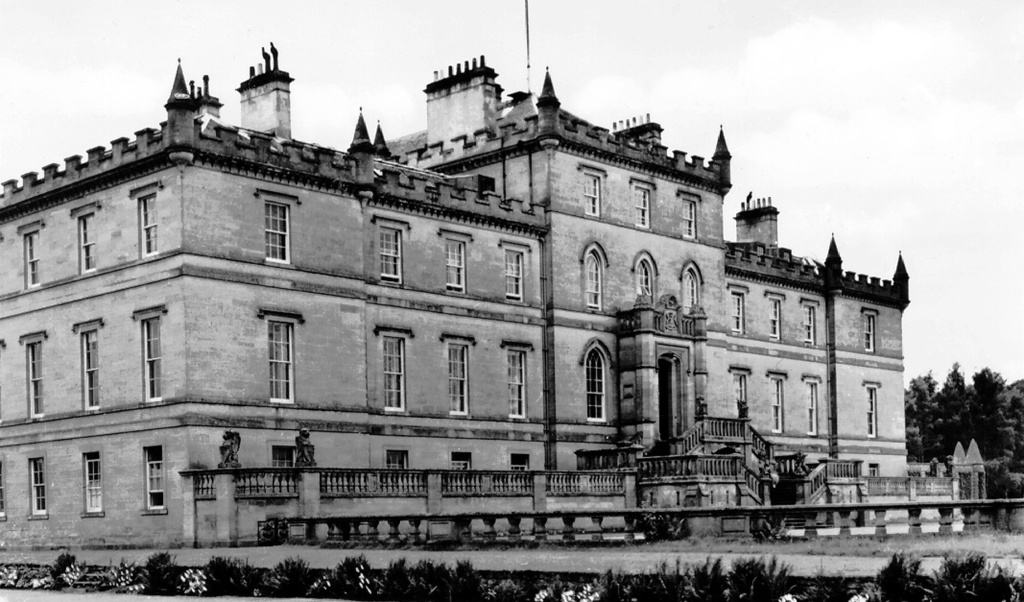 Darnaway Castle, a large and imposing symmetrical mansion of 1810 with battlements and turrets, includes a 14th-century hall-block from the old castle. The mansion rises to three and four storeys. The oak roof of the hall is particularly fine, rivalling that of Parliament Hall, an ‘extraordinary early survival’. Little else of the old castle survives, and the house has a fine interior. 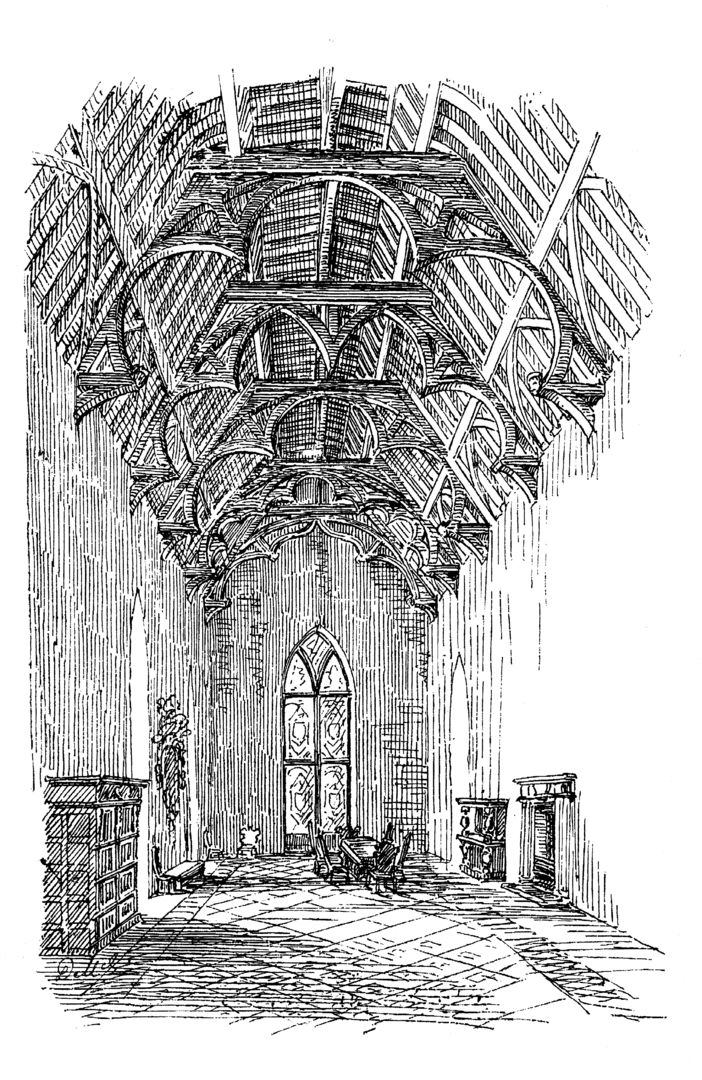 ‘Tarnawa Castell’ is marked on Pont’s map of Nairn and Moray, and is shown as massive L-plan tower of four storeys with bartizans. It stands in a courtyard with a large rectangular garden by wooded policies.
The original castle was built by Sir Thomas Randolph, Earl of Moray, and Regent for the young David II. It passed to the Douglas Earls of Moray, then after 1455 to the Murray family.

The property was granted to James Stewart, Earl of Moray and illegitimate half-brother of Mary, Queen of Scots, by the queen in 1563. Mary, Queen of Scots, visited in 1562 and held court here in 1564, but Moray turned against her after she married the Earl of Bothwell. In 1567 Stewart had a ratification which mentions the castle and fortalice of Darnaway. Moray was later Regent of Scotland for the infant James VI, but was murdered at Linlithgow in 1570. The family also owned Doune Castle and Inch Colm, as well as Castle Stuart.

The next Earl, another James who had married Moray’s daughter, was murdered at Donibristle by the Gordon, Marquis of Huntly, in 1592. Charles, 6th Earl, was made a baronet in 1681. The castle is the seat of the Stuart Earls of Moray.