Loch an Eilein or Loch an Eilean Castle is a picturesque ruinous old castle of the Wolf of Badenoch on an island in a loch on the Rothiemurchus estate near Aviemore in the Highlands. 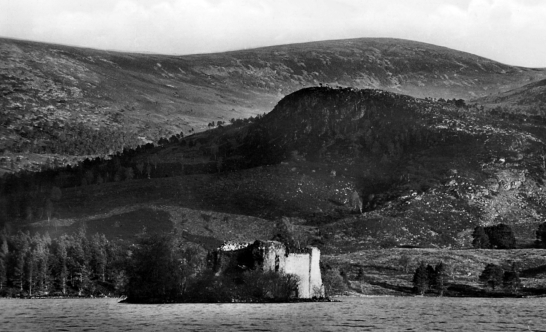 South Highland: About 3.5 miles south of Aviemore, on minor roads and boat east of B970, 1 mile east of Spey River, Rothiemurchus estate, in Loch an Eilean. 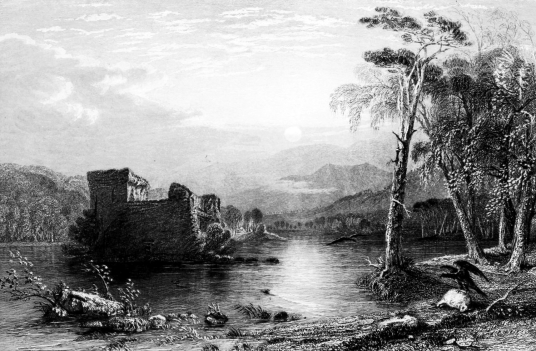 Located in a lovely spot, Loch an Eilein (or Eilean) Castle consists of a ruined 14th-century tower, hall block, and other buildings enclosed by a small courtyard. It was modified in later centuries. The castle was strengthened in 1600, and there was a causeway out to the island, now submerged as the level of the water in the loch has risen. The island is also smaller for the same reason. 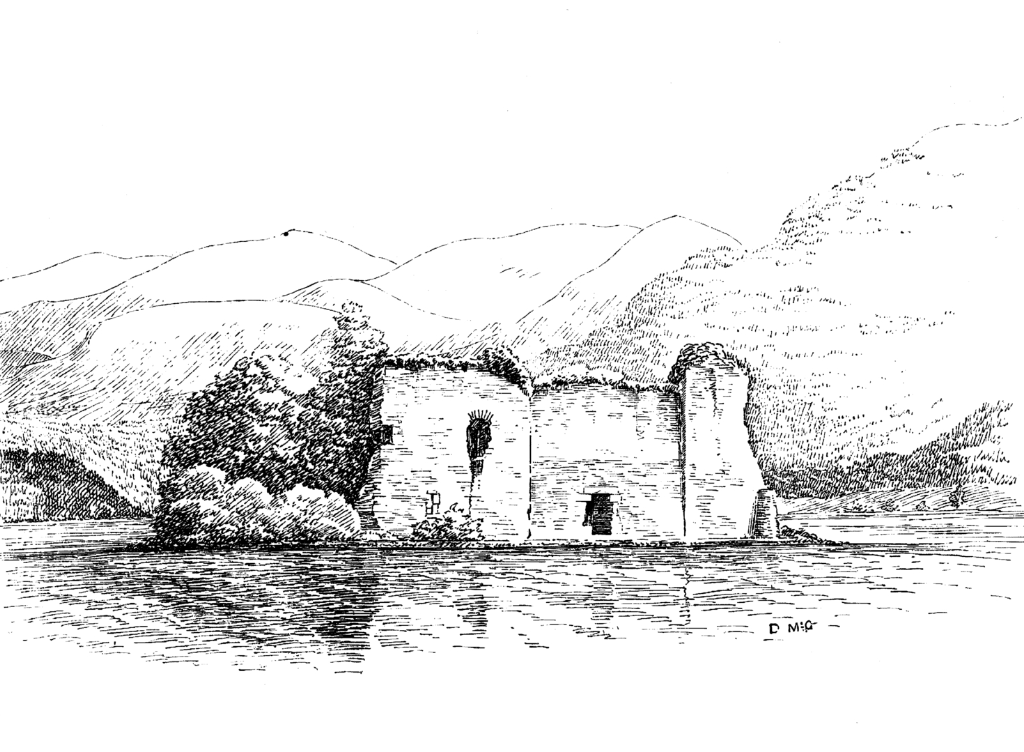 The basement of the tower was vaulted and has walls as much as 5 foot thick.
The castle may have been built by the Bishops of Moray in the 13th century, but was probably rebuilt by Alexander Stewart, the Wolf of Badenoch, who obtained the Earldom of Ross by forcing the widowed heiress, Euphemia, to marry him. They lived apart, and when the Bishop of Moray criticised Alexander and then excommunicated him, Stewart retaliated in 1390 by burning Forres, and the city and cathedral of Elgin. 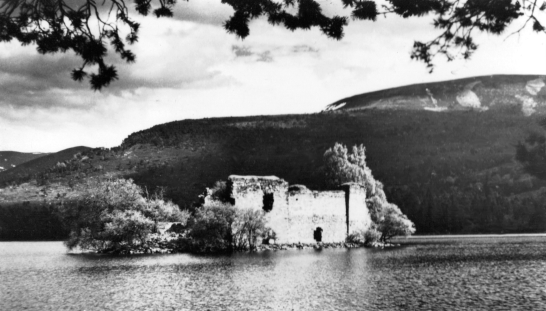 The castle was later held by the Mackintoshes, then by the Gordons, and was apparently a property of the Grants in 1567. It was attacked by the Jacobites after their defeat in Cromdale in 1690, but was successfully defended. It was used in 1715 when Mackintosh of Balnespick was confined here to prevent him opposing the Jacobites, and after the Battle of Culloden in 1746 Jacobite fugitives were sheltered in the castle by Jean Gordon or Grizel Mhor, widow of the 5th laird of Grant and herself a Jacobite. 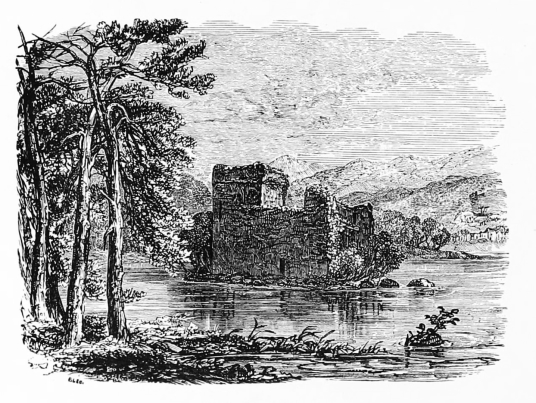