Once a magnificent, sumptuous and ornate building, Huntly Castle is a large and ruinous old stronghold and palace in a pretty wooded location, long the seat of the powerful Gordon Earls and Marquises of Huntly and with a long and violent history, just north of the Aberdeenshire town of Huntly. 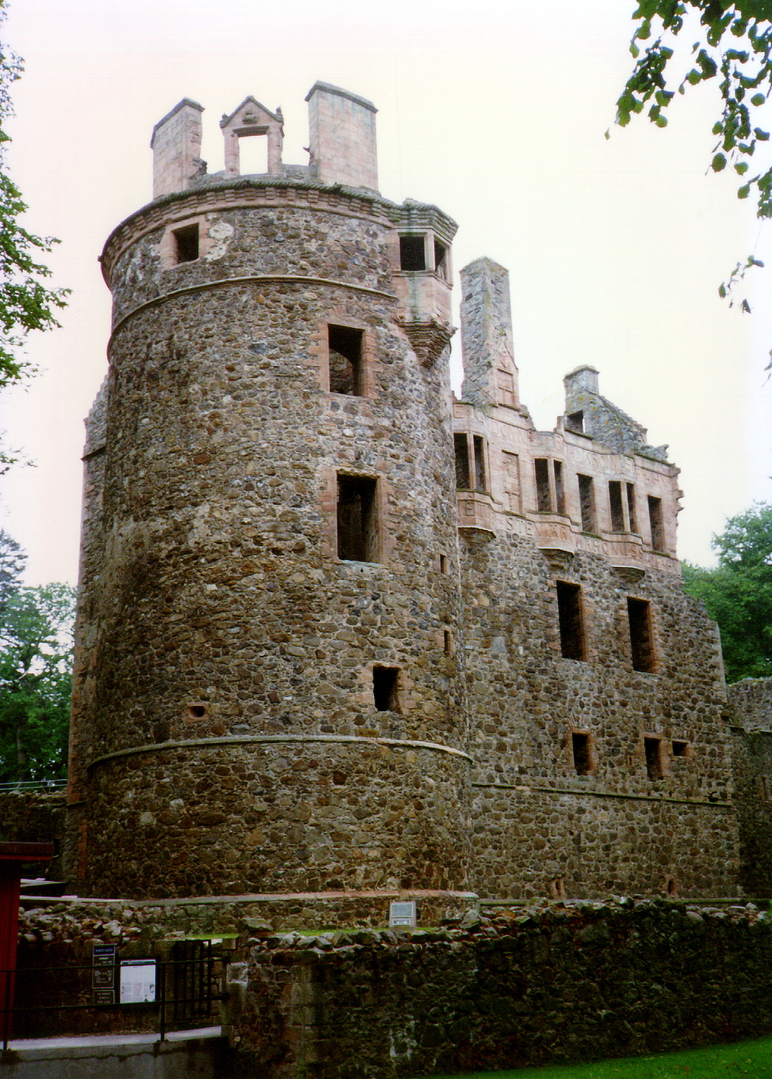 Aberdeen & Gordon: To north-east of Huntly, on minor road north of A920 in Huntly, just south of River Deveron, south of Huntly Lodge, at Huntly Castle. 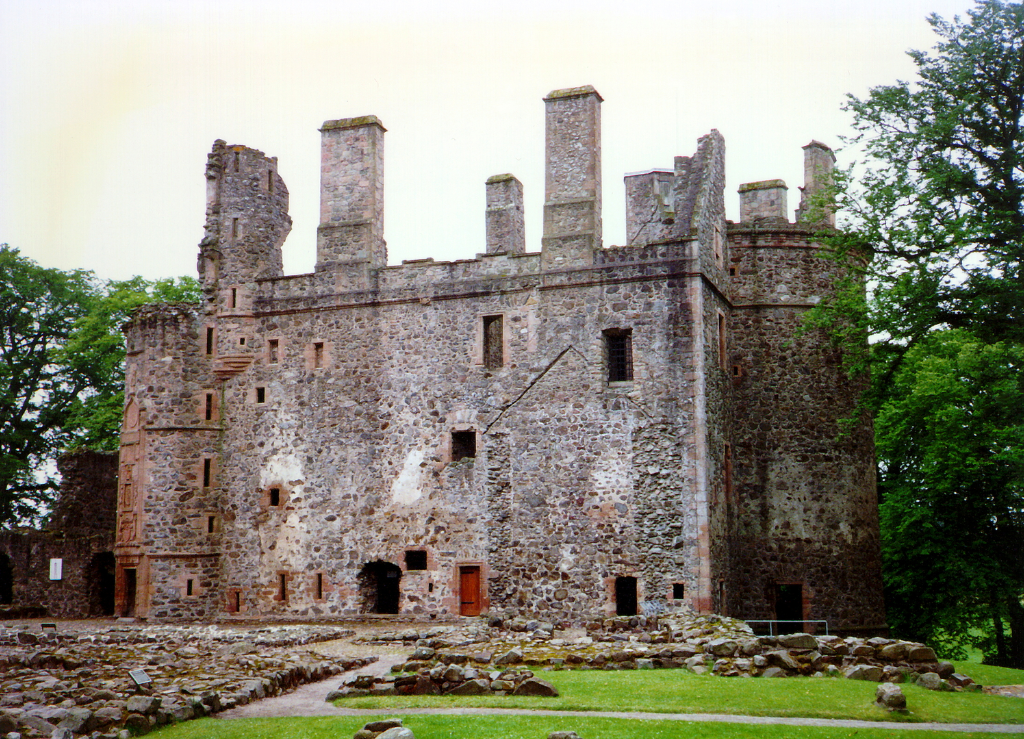 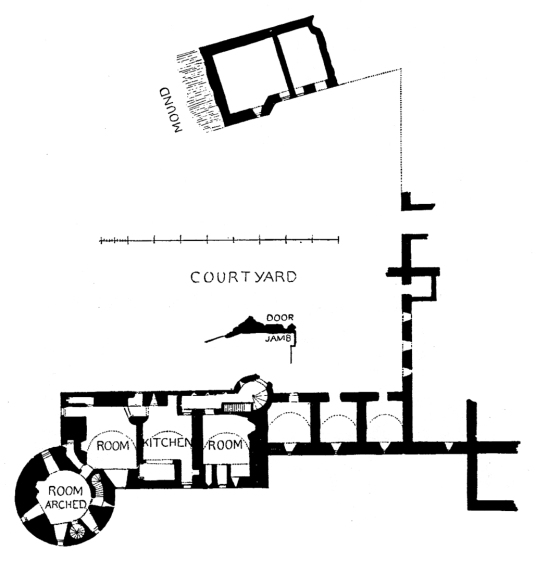 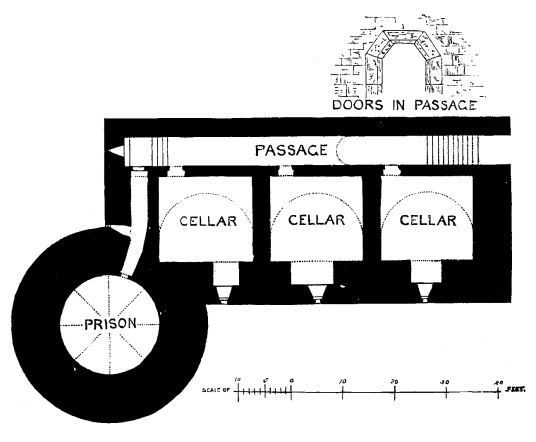 A fine building with a long and violent history, Huntly Castle consists of a strong 15th-century tower, rectangular in plan, with a large round tower at one end and a smaller circular tower at the opposite corner. The upper storey of the tower was remodelled in the late 16th century with decorative stonework, inscribed friezes and new windows, including three prominent oriels. An adjoining large courtyard had ranges of buildings on two sides, and nothing remains of an older tower except foundations. 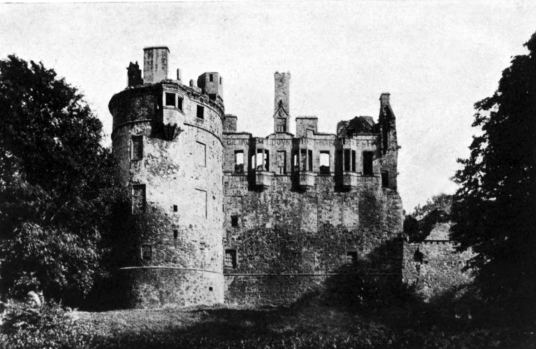 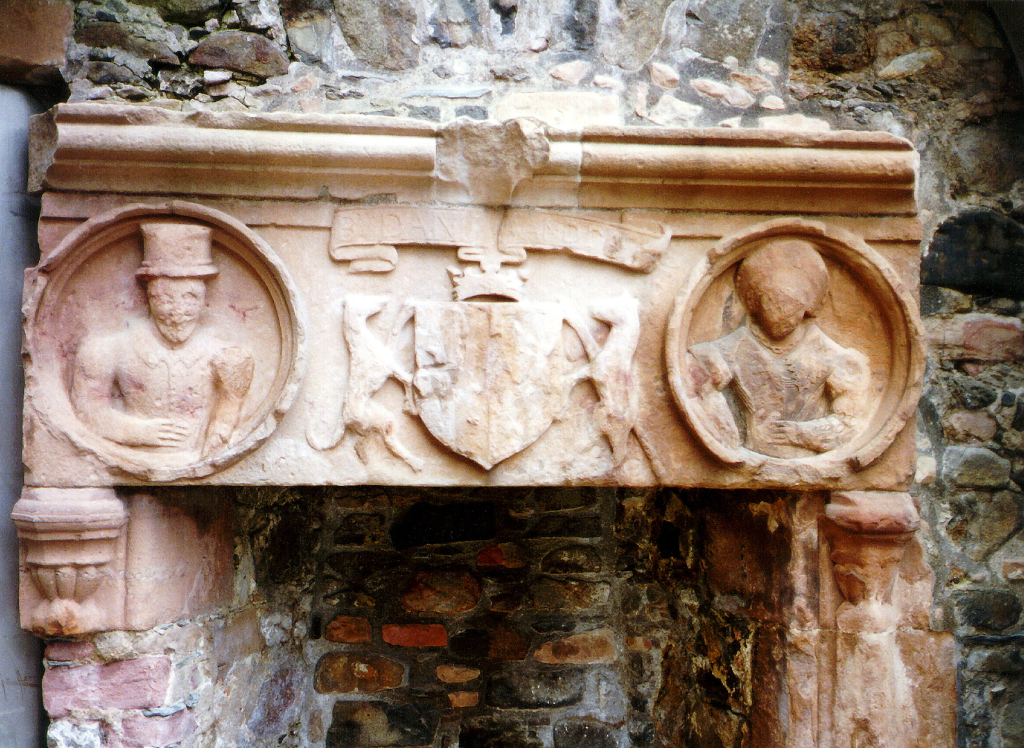 From the entrance to the castle, a straight stair leads down to the vaulted basement, which contains three cellars and a prison in the large round tower. The floor above, at ground level, is also vaulted and contains two cellars and a kitchen, with a private chamber in the round tower. Two turnpike stairs lead up from this chamber, one to the first floor, one up to the roof. The hall, on the main first floor, was a fine chamber, but was later subdivided, and there are magnificent carved decorative fireplaces. 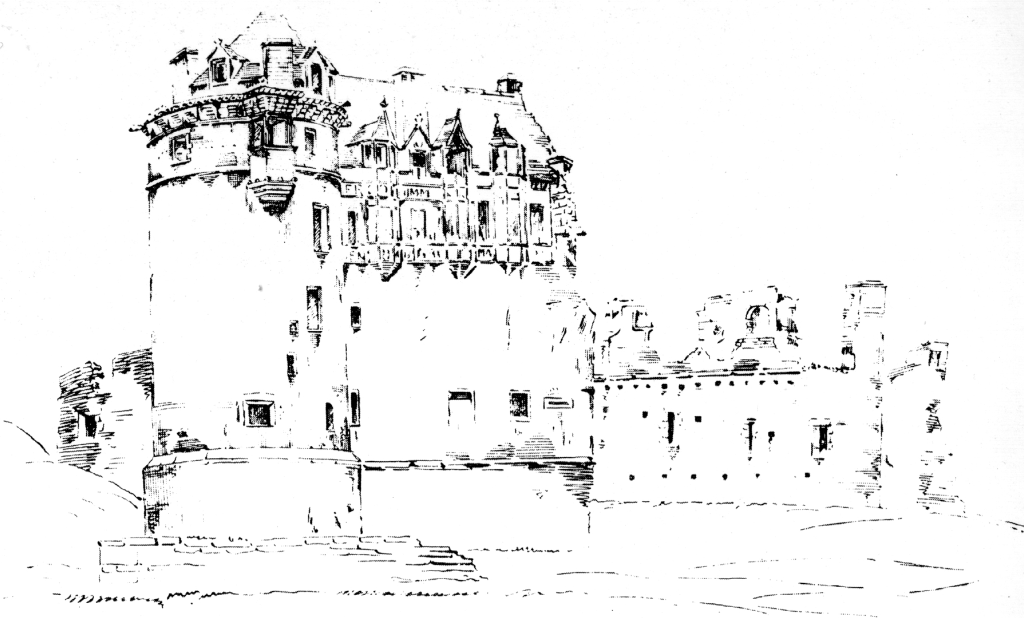 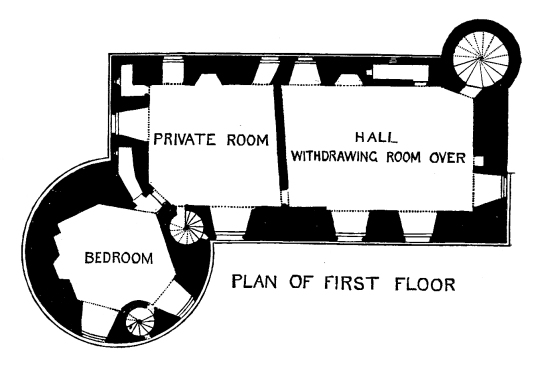 An older castle here, then called Strathbogie, was built by the MacDuff Earls of Fife on a nearby mound, and passed to the Setons, and then to the Gordons early in the 14th century. 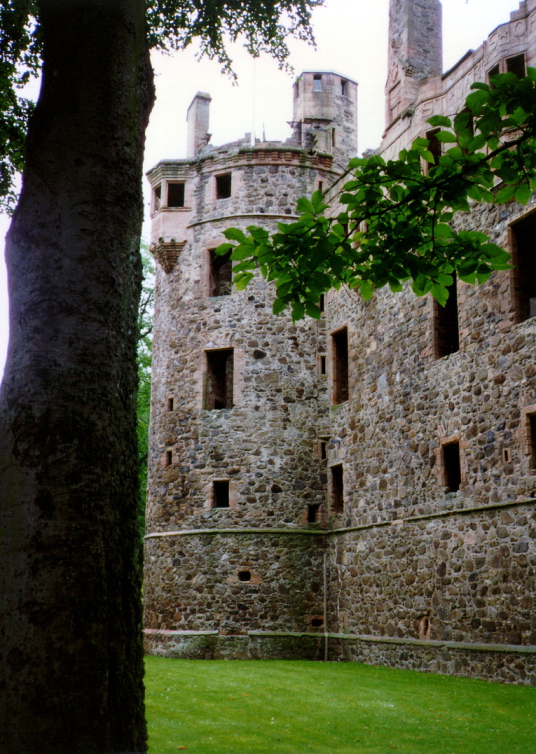 The motte, just to the west, can still be seen. Robert the Bruce stayed here before defeating the Comyn Earl of Buchan at a battle nearby in 1307. This old castle was burned down in 1452 by the Douglas Earl of Moray, and a new castle was built close by. Alexander Gordon was made Earl of Huntly in 1455, and he was Chancellor of Scotland and was buried in St Mary’s Aisle of Elgin Cathedral [NJ 222630], his stone effigy surviving, although headless and defaced. 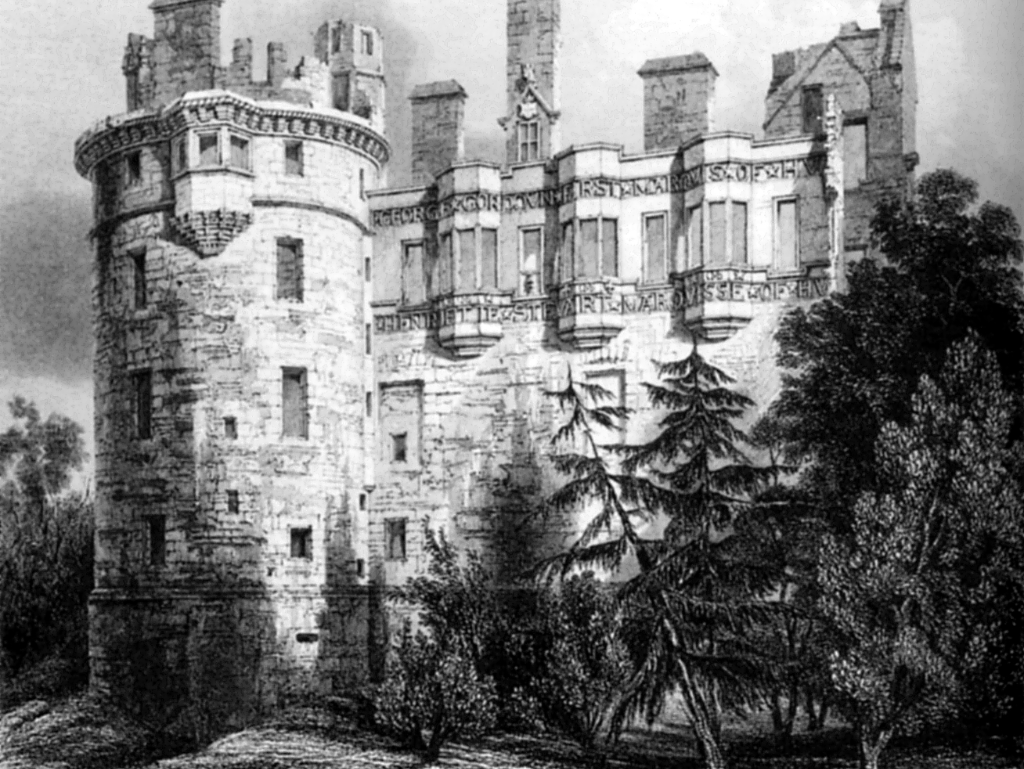 In 1496 Perkin Warbreck, a pretender to the English throne, married Catherine Gordon here in the presence of James IV. In 1506 the name was changed from Strathbogie to Huntly from a property of that name [NT 618429 ] near Gordon in the Borders. Alexander Gordon, 3rd Earl, led the left flank of the Scottish forces at the Battle of Flodden in 1513, but managed to escape the slaughter alive. Mary of Guise visited Huntly in 1556. 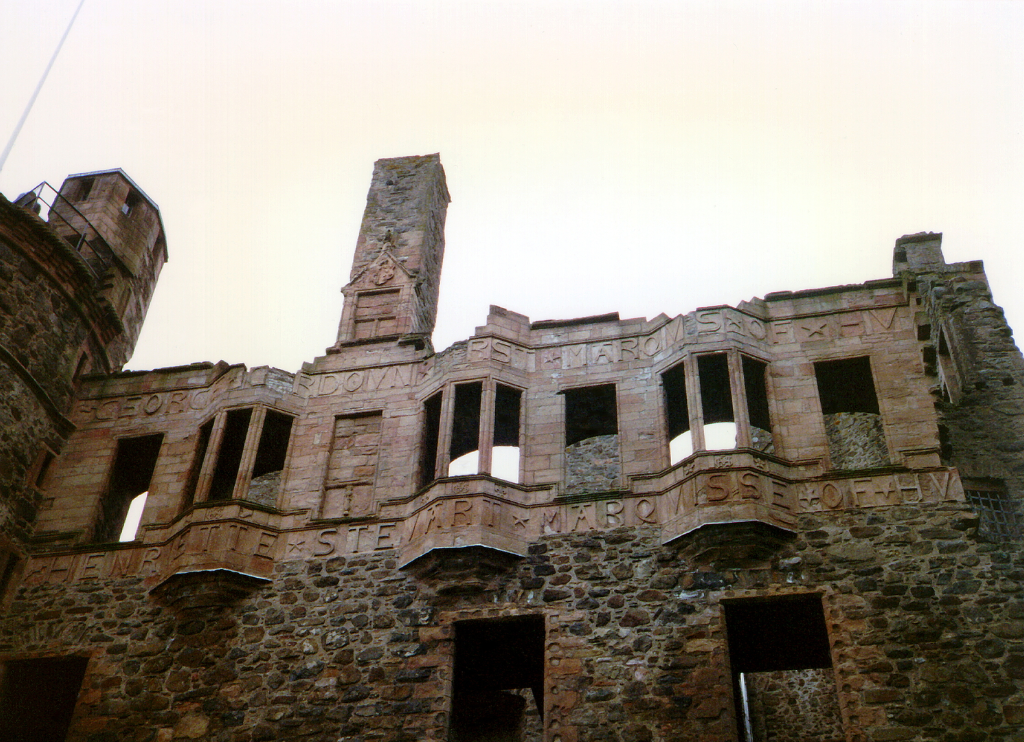 George, 4th Earl, was defeated (and died, reportedly from apoplexy) by the forces of Mary, Queen of Scots, at the Battle of Corrichie in 1562, and his son, Sir John, was executed. The castle was slighted and pillaged at this time, the treasure from St Machar’s Cathedral in Aberdeen being seized. George, 5th Earl, was accused of treason and forfeited in 1563, but this was reversed two years later, and he was Chancellor from 1566-7. 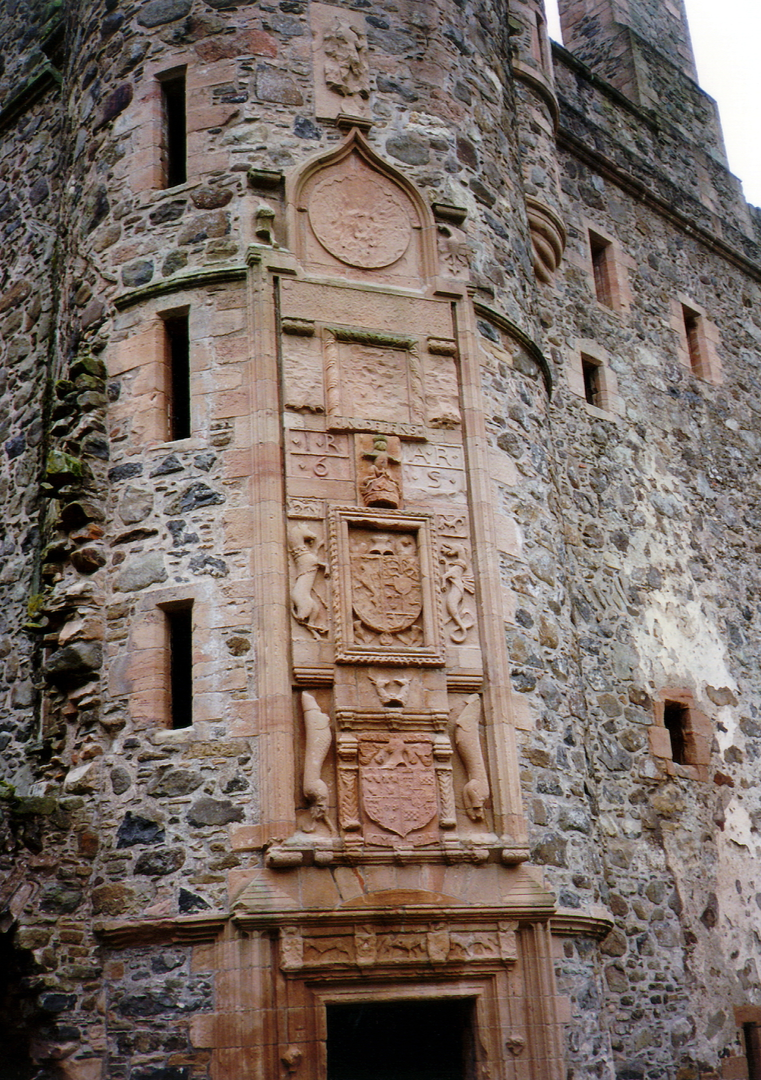 The 6th Earl, another George, led a rising against James VI and defeated forces under the Earl of Argyll at the Battle of Glenlivet in 1594. Despite this victory Huntly Castle was attacked by James VI and damaged again, to be restored once again in 1602. The Earl had been pardoned and then made Marquis of Huntly in 1599, and he remodelled the castle around 1602 with the oriel windows and other decoration, and added the impressive heraldic panels. 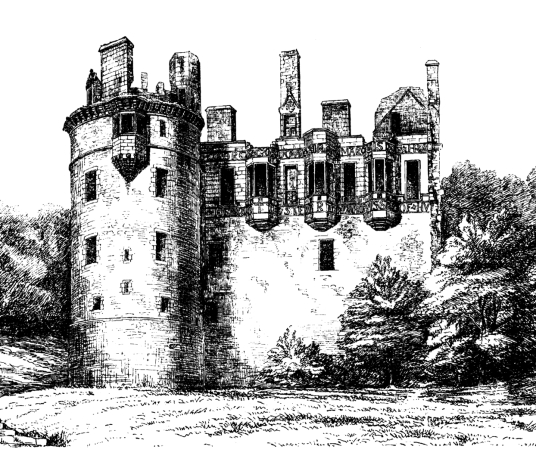 In 1640 the castle was occupied by a Covenanting army, who destroyed much of the interior. In 1644 it was taken by forces of the Marquis of Montrose, but it was captured by General David Leslie three years later after starving out and slaughtering the garrison. George, 2nd Marquis of Huntly, was hanged for his support of Charles I in 1649. George, 4th Marquis, was made Duke of Gordon in 1684, although this became extinct in 1836 (also see Gordon Castle). 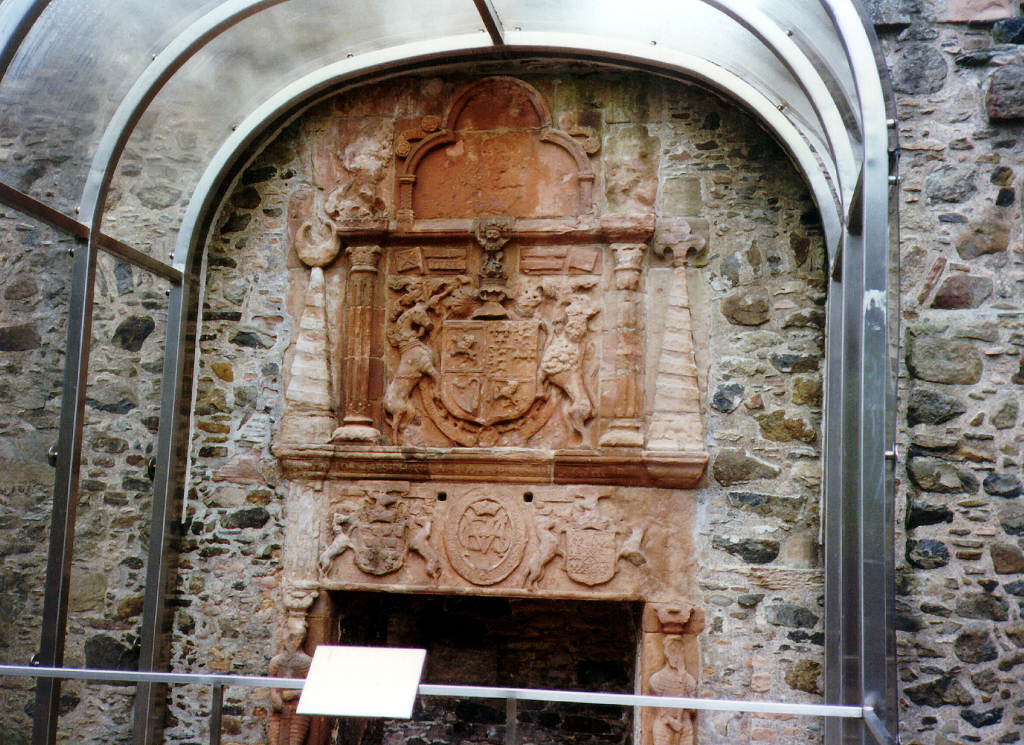 The castle was garrisoned by Hanoverian soldiers during the Jacobite rising of 1745-6, but by then had been abandoned as a residence, although it was still roofed in 1799. It was then used as a quarry and dump until cleared in 1923. The Gordon, Marquises of Huntly and Earls of Aboyne and Enzie, list their seat as Aboyne Castle. 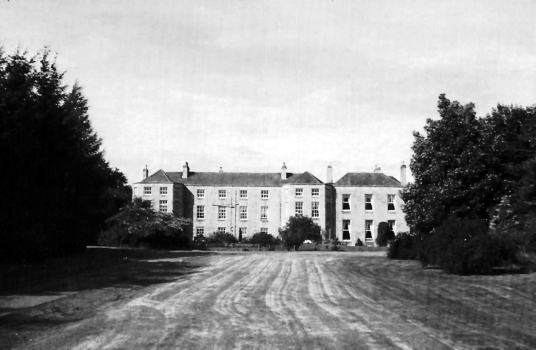 Some of the materials from the castle were used to build what is now the Castle Hotel, formerly known as Sandiestone and Huntly Lodge. The building has a three-storey main block dating from the mid 18th century (or perhaps earlier), and this was extended in 1832. This became the seat of the Duke of Gordon’s eldest son, but the property was sold in 1924 and the house was used as a hospital during World War II. After the war, the building was converted into a hotel.

The building is said to have a ‘Green Lady’, the ghost of a girl who found herself with a child but no husband and committed suicide. 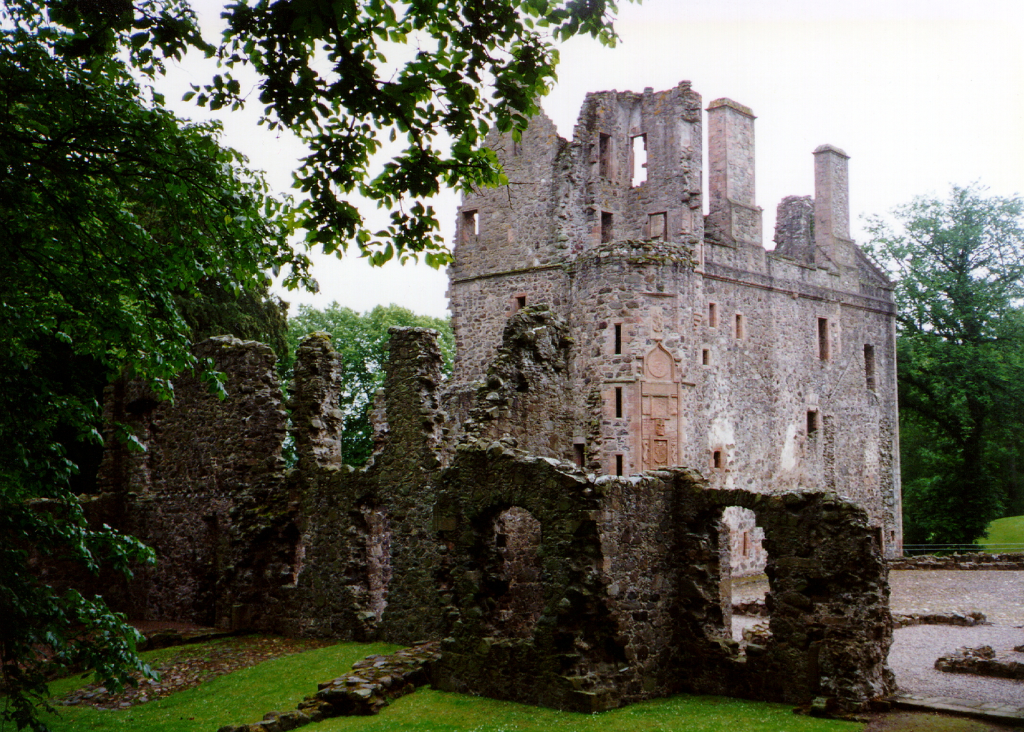 Good advice comes in the form of ‘Ne’er misca a Gordon in the raws of Strathbogie’, meaning don’t hassle someone in their own domain.