South Highland: At Armadale on the island of Skye, on the south-east coast of Sleat, on A851, at Armadale Castle. 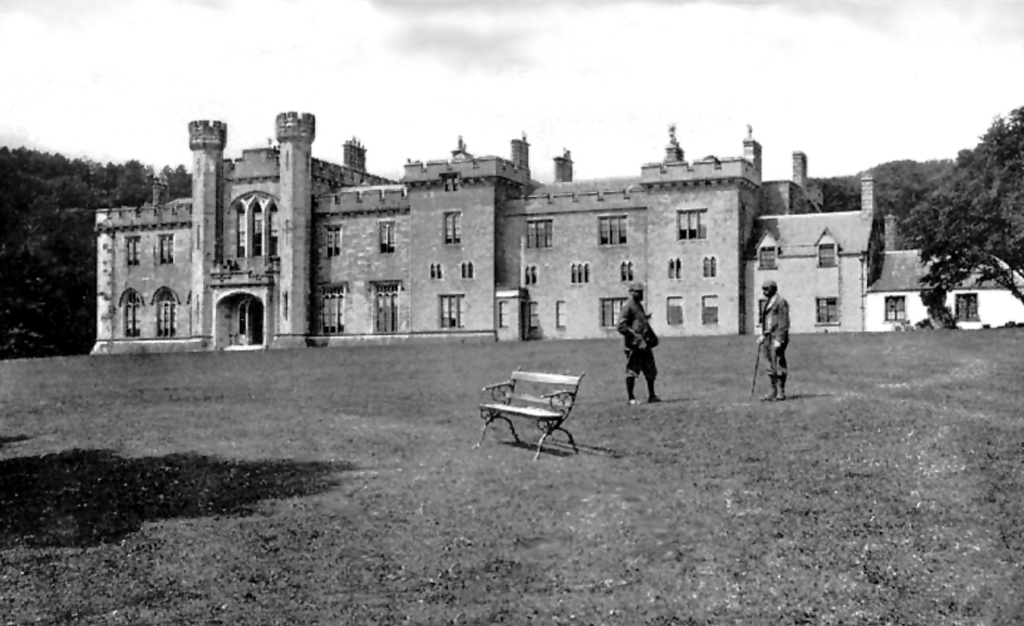 Set in the wooded lands of Sleat and a mansion rather than a fortress, Armadale Castle was built in 1815 by the architect James Gillespie Graham for Lord MacDonald of Sleat. It is an imposing but now ruinous castellated edifice of two storeys, and had been extended with a block designed by David Bryce in 1855. It replaced an earlier house, nearer the shore. The estate covers some 20,000 acres.
‘Armadall Mor’ and ‘Armadall Beg’ are marked on Blaeu’s map of Skye. 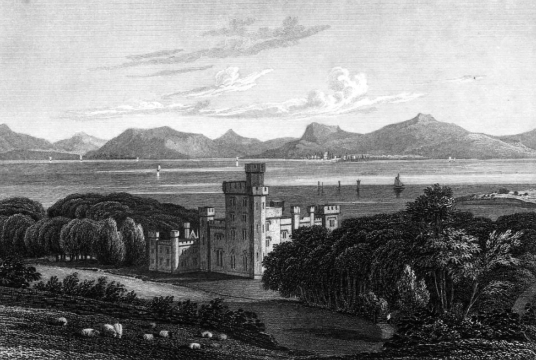 This was a property of the MacDonalds of Sleat, and the clan moved here after leaving their residences of Duntulm Castle [NG 410743] and Monkstadt House [NG 380675]. Flora MacDonald’s mother was married to Hugh MacDonald of Sleat. Flora, herself, came to Armadale after helping the Bonnie Prince and was arrested near here, although she was later married to Allan Stewart of Kingsburgh, an officer in the British army, at Armadale. Dr Johnson visited in 1773. 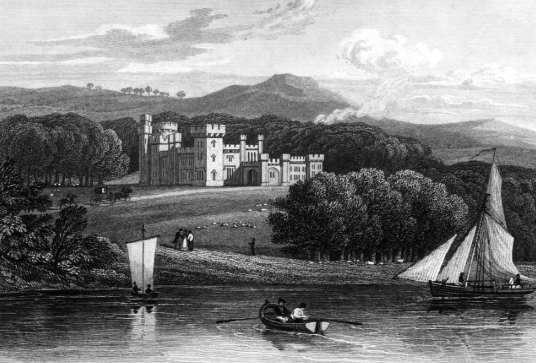 In 1925 the MacDonalds of Sleat, baronets, moved to Ostaig, and Armadale, burnt out and ruined, is now home the Museum of the Isles in some of the outbuildings. There are woodland gardens and nature trails, as well as a walled garden.