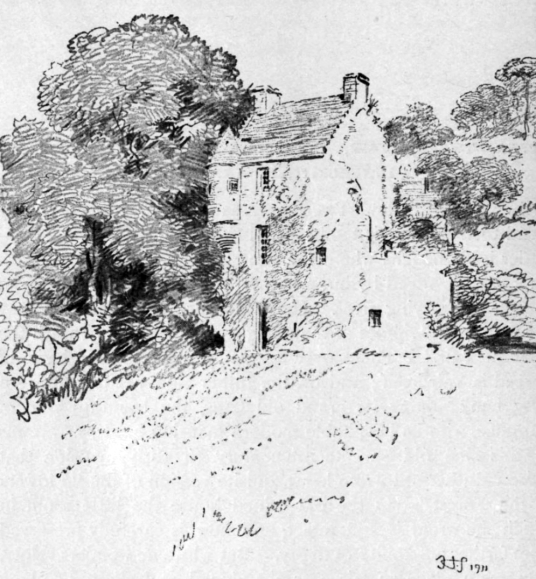 Fairnilee (now known as Old Fairnilee) consists of a 16th-century tower house of three storeys with corbiestepped gables. It was part of a larger rectangular mansion, most of which was demolished before 1911, while one end was restored. Shot-holes survive beneath many of the windows.
The basement is not vaulted. A turnpike stair climbed to the upper floors, but only the stair-well remains. The inside has been greatly altered. 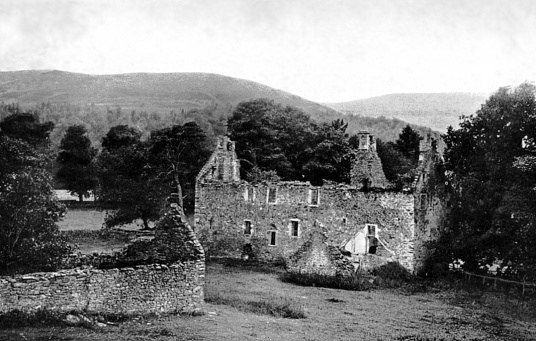 The site is marked on Blaeu’s map of Teviotdale as ‘Fernyly’.
Fairnilee was held by the Kerrs of Linton at the end of the 16th century, and Sir Thomas Kerr of Fairnilee is on record in the 1660s, but was sold to the Rutherfords around 1700 and Robert Rutherford of Fairnilee is mentioned in 1704. 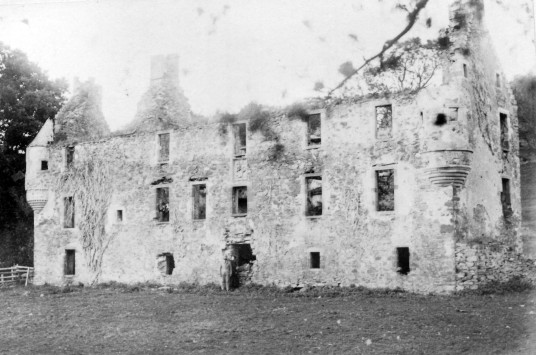 Fairnilee (1885?), before demolition. Photo many thanks and © Michael Streuli)

Alison (or Alicia) Rutherford, daughter of Robert Rutherford of Fairnilee and married to Patrick Cockburn of Ormiston in 1731 and (sadly) better known as Mrs Cockburn, wrote ‘The Flowers of the Forest’ at Fairnilee, which commemorates the disastrous Battle of Flodden in 1513. She died in 1794 and was a society hostess and correspondent, and entertained many notables of the day at her house in Edinburgh including David Hume and the young Walter Scott. She supported the government during the 1745 Jacobite Rising and wrote a verse lampooning Bonnie Prince Charlie. When the Jacobites took Edinburgh that year, this proved awkward when her coach was stopped by Jacobites at the gates, though she was eventually released without incident. 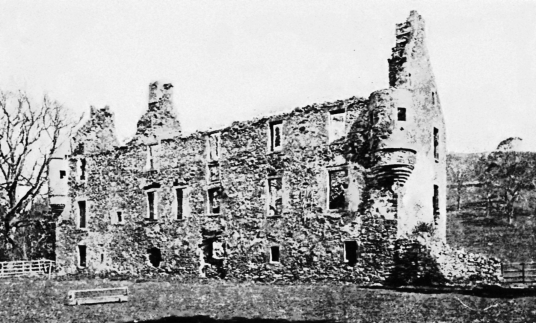 Fairnilee: before demolition, by the time of publication much of the building had been demolished (Pringle, 1914)

Fairnilee House [NT 456332] dates from 1904 and was designed by Sir             John James Burnet and is a large baronial mansion of three storeys with whitewashed walls, dormer window and turrets. There is a fine walled garden, dating from the same period, and the house stands in wooded policies.

The roof of the house was damaged by fire after a refurbishment in 2005, but this since been restored.