Lothians: About 3.5 miles west and south of Dunbar, on minor roads south of A1, just north of the Biel Water, at Biel. 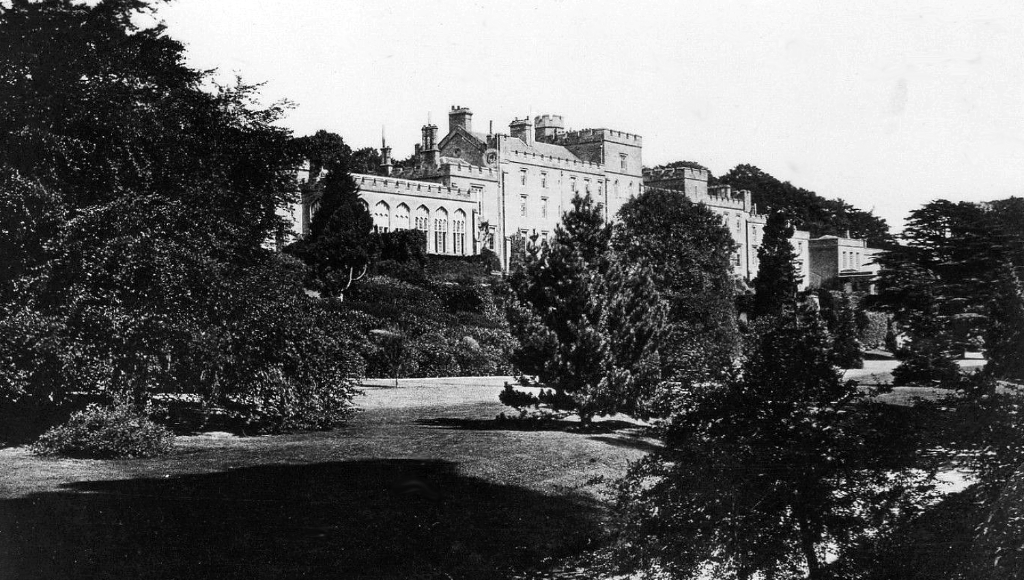 Biel incorporates a tower house with vaulted cellars, which are said to date from as early as the 13th century. This was built into a castellated mansion, reputedly the longest house in Europe, in the first half of the 19th century. This was much reduced to its present form in 1950-1. There is a double lectern-style ruinous doocot [NT 638758].
‘Beel’ is marked on Blaeu’s map of The Lothians, then on Adair’s map of East Lothian where it is depicted with formal gardens and wooded policies.
The property was held by the Earls of Dunbar, then by the Lauders of the Bass and Tyninghame until sold to John Hamilton, 1st Lord Belhaven, in 1647 (or 1641), and remained with the family until 1958 when it was sold.

The 2nd Lord Belhaven, another John, made a famous speech in the old Scottish parliament in 1706 against the Union of Parliaments. There is a stone plaque on the house bearing the inscription in Latin: ‘The first year of the betrayal of Scotland’. The line of the Hamilton Lords of Belhaven and Stenton continues, although they now live in London.
There is a tradition that the well-being of the property is dependent on the good repair of the ‘Cardinal's Hat’ [NT 624744] on top of the rood well at Stenton.
‘The White Lady of Biel’, reputedly an apparition of Anne Bruce of Earlshall, is said to have been seen in the grounds. She was wife of John Hamilton, 3rd Lord Belhaven, who himself died in 1721. She was said to have been a great beauty and had very pale skin, and had become disenchanted with her husband after he had been unfaithful to her.