Kincardine & Deeside: About 0.5 miles north of Aboyne, on minor road east of B9094 or north of A93 in Aboyne, 1 mile north of River Dee, west of Loch of Aboyne. 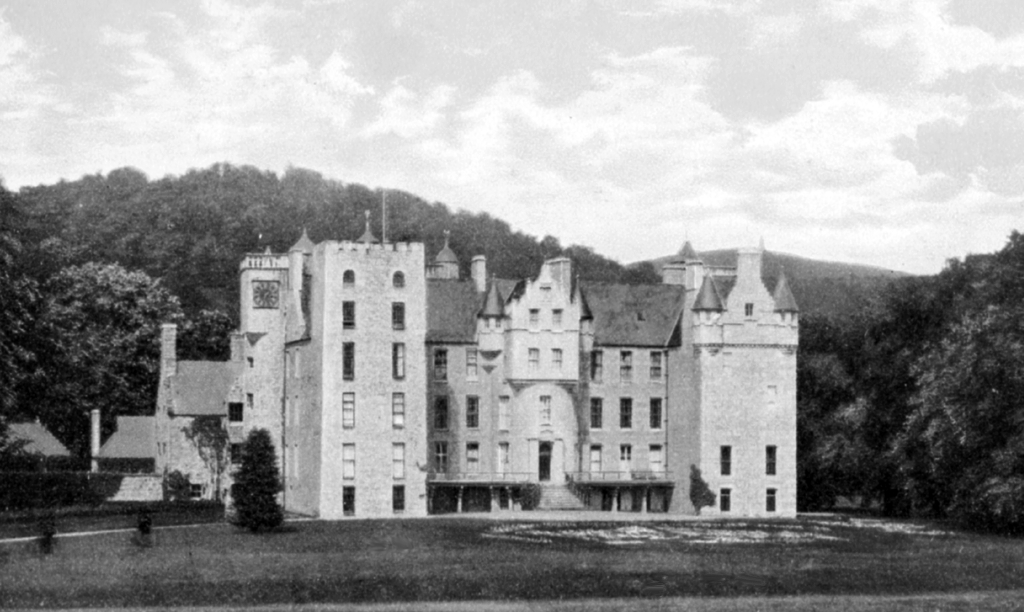 Once a strong fortress and set in wooded policies, Aboyne Castle is a tall 17th-century tower house, rectangular in plan, of five storeys and a garret. It has a six-storey round stair-tower, which is corbelled out to square and was crowned by a watch-chamber. The walls are harled. 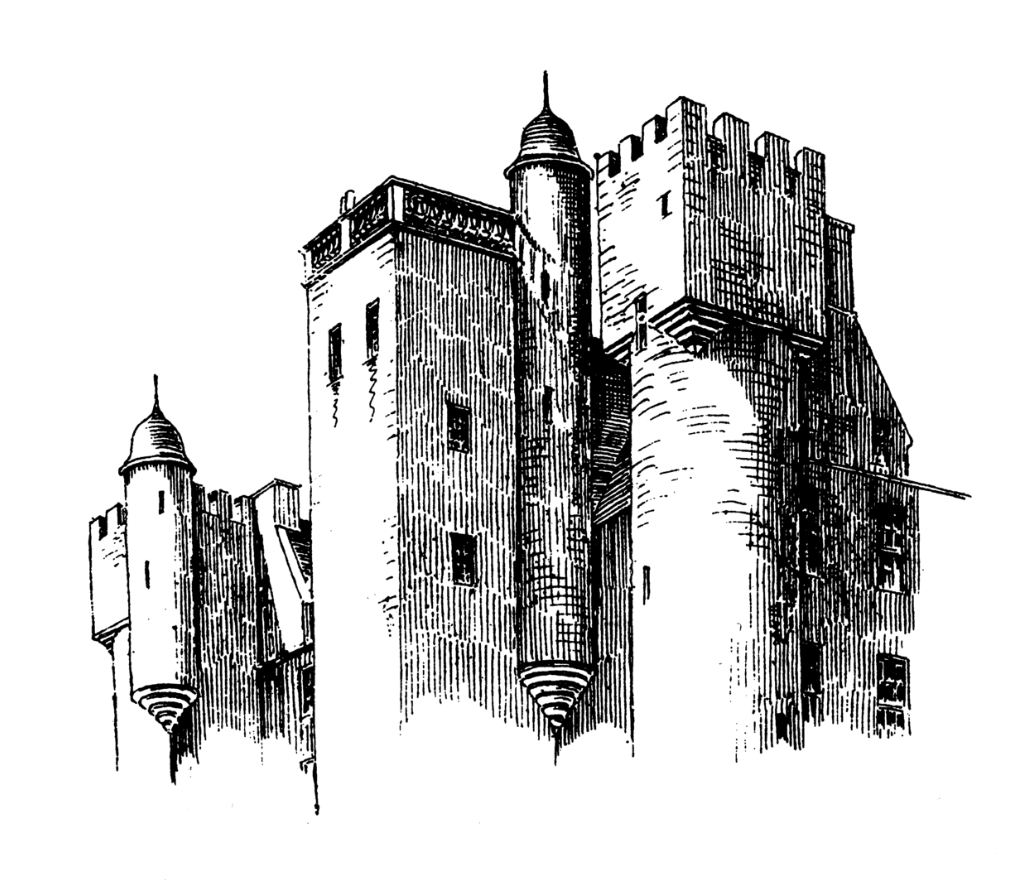 This was originally a property of the Bissets. A preceptory of the Knights Templar was established at Maryculter by Walter Bisset of Aboyne in 1225. Walter Bisset of Aboyne was defeated by the Earl of Atholl in an tournament in 1242 at Dalkeith. As a result and in a fit of anger, Bisset murdered the Earl and set fire to his lodging. This started a feud, and many of the Bissets fled to Ireland. 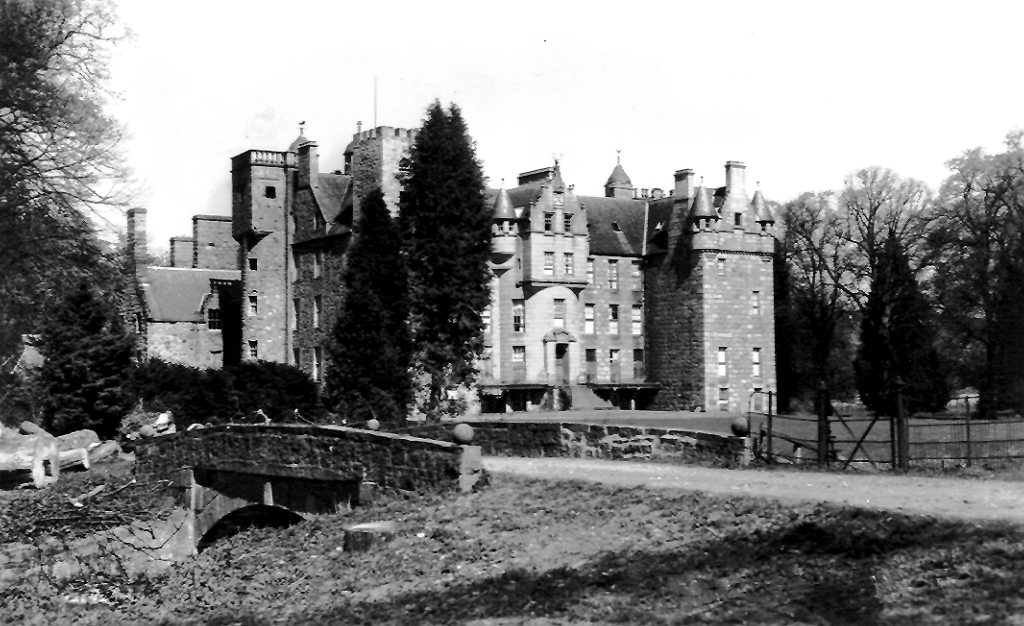 The castle passed in 1242 to the Knights Templars, then to the Frasers, then in 1355 to the Keiths. In 1307 Edward I of England had ordered that the castle was to be reinforced.
By the early 15th century, Aboyne had gone by marriage to the Gordons of Huntly. John Gordon, Lord Aboyne, was burned to death in 1630 with others of his family, including William Gordon of Rothiemay, in an infamous incident at Frendraught Castle, although the Crichton laird of the stronghold escaped with his folk. George Gordon was made Viscount Aboyne in 1632, and Charles Gordon, son of George Gordon, 2nd Marquis of Huntly, was made Earl of Aboyne in 1660.
Archibald Campbell, Earl of Argyll, had captured the castle for the Covenanters, and used it as his headquarters in 1640. It was altered in 1801, 1869, and extensively rebuilt in the 1970s or 80s, when it was much reduced in size after becoming derelict. It is still occupied and is listed as the seat of the Gordon Marquises of Huntly and Earls of Aboyne.
Highland games are held in September on the village green.