Mount Stuart is probably the most sumptuous mansion in Scotland with a spectacular series of rooms, including the magnificent Marble Hall and Chapel, built by John Crichton-Stuart Marquess of Bute, and in lovely landscaped gardens and grounds by the sea, some miles from Rothesay on the scenic island of Bute. 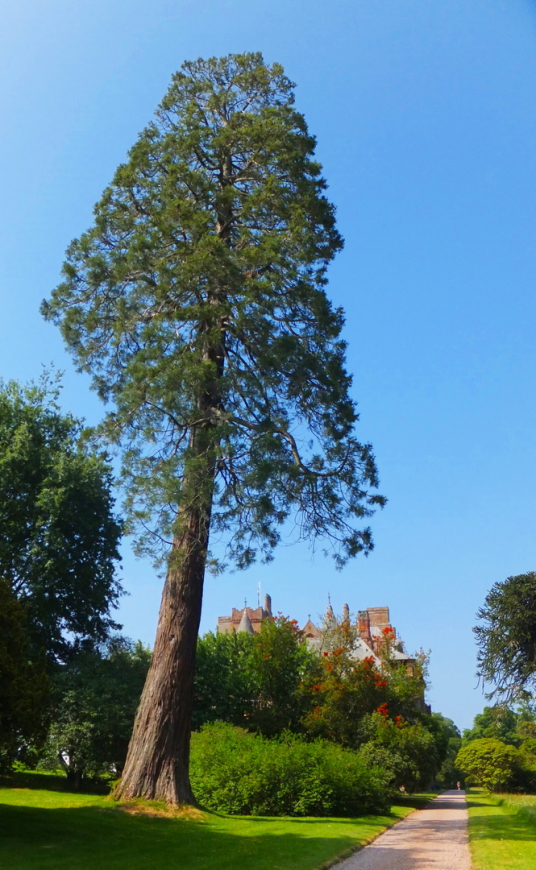 Argyll & Dunbarton: About 4 miles south of Rothesay, on minor road east of A844, east side of Island of Bute, at Mount Stuart House.

Bute can be reached by CalMac ferries, either from Wemyss Bay on the mainland to Rothesay or from Colintraive on Cowal to the north of Bute. 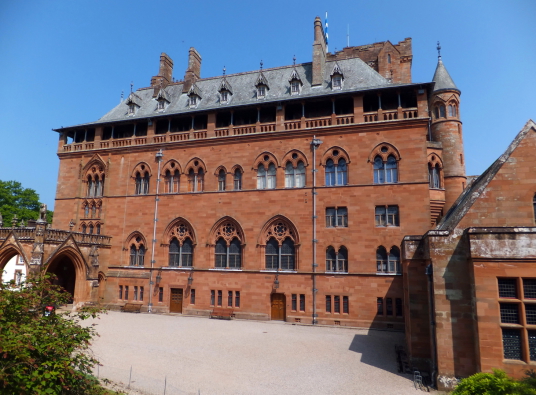 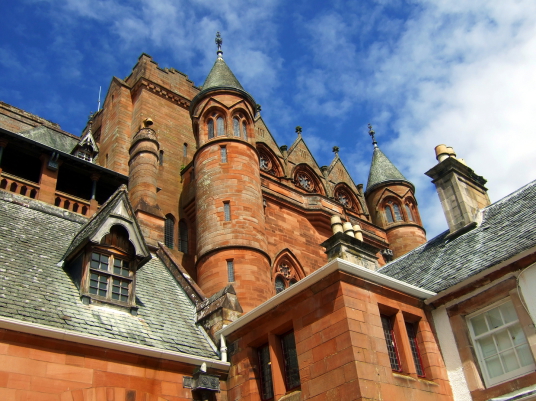 Scotland’s finest Victorian Gothic stately home with splendid interior decoration, Mount Stuart was built for John Crichton-Stuart, 3rd Marquess of Bute, who was one of the wealthiest men of his day, and had wide interests in history, astrology, archaeology, as well as being an industrial magnate and philanthropist – and Keeper of Rothesay Castle. 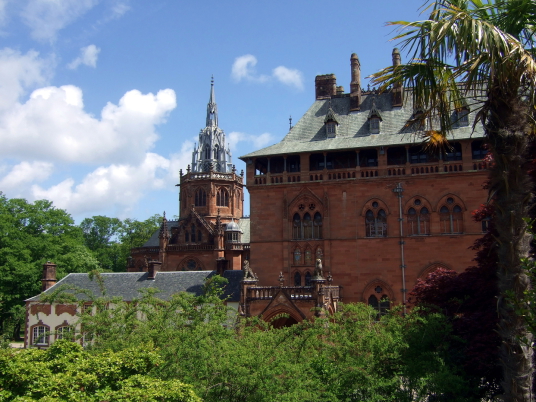 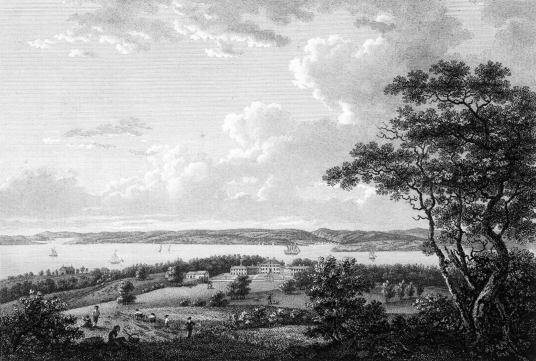 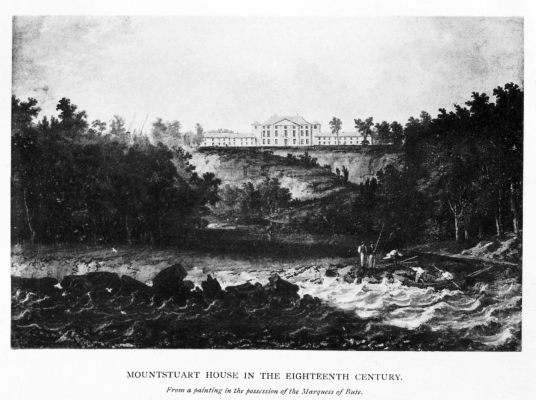 Mount Stuart House: the house before the fire (Hewison, 1895)

The present Mount Stuart was built on the site of an earlier house of 1719, designed by Alexander McGill, which was burnt down in a disastrous fire of 1877, although wings survive. The present mansion was designed by the architect Robert Rowand Anderson, while the interiors were designed by the 3rd Marquess of Bute at great expense. 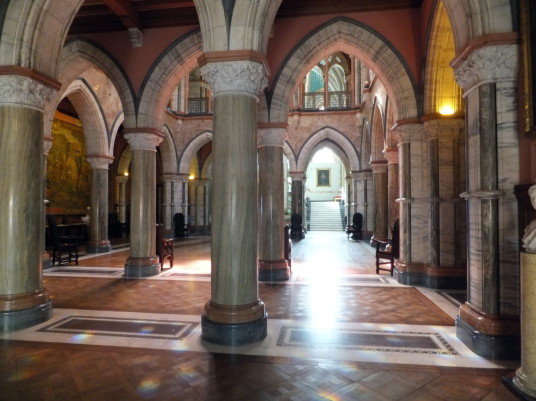 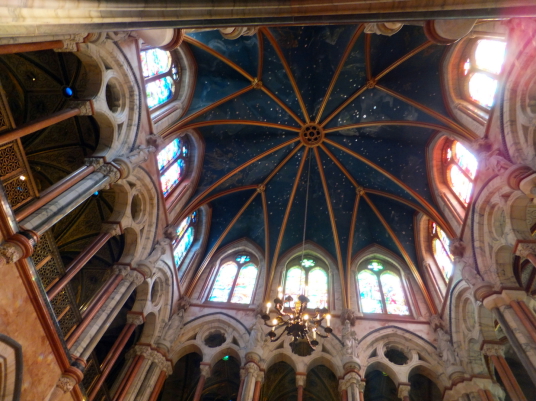 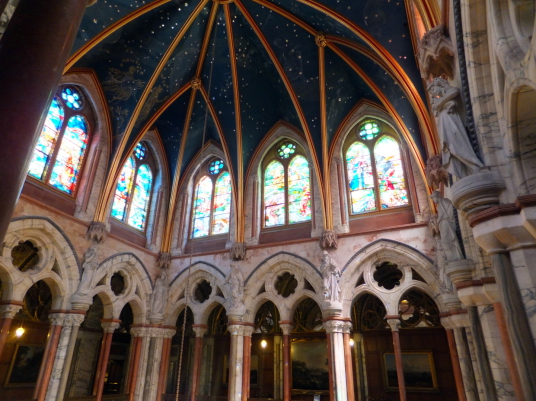 The house is still the seat of the Crichton-Stuart Marquesses of Bute, who also formerly owned Dumfries House. 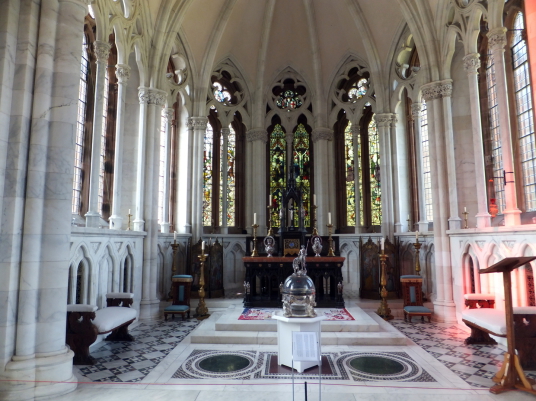 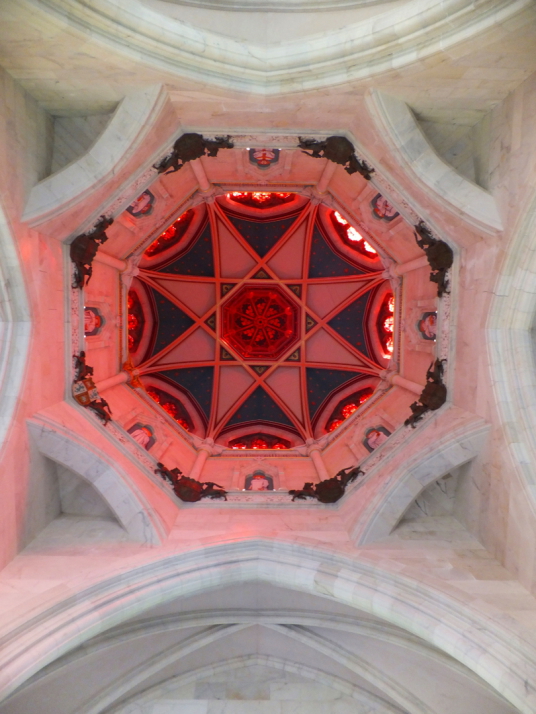 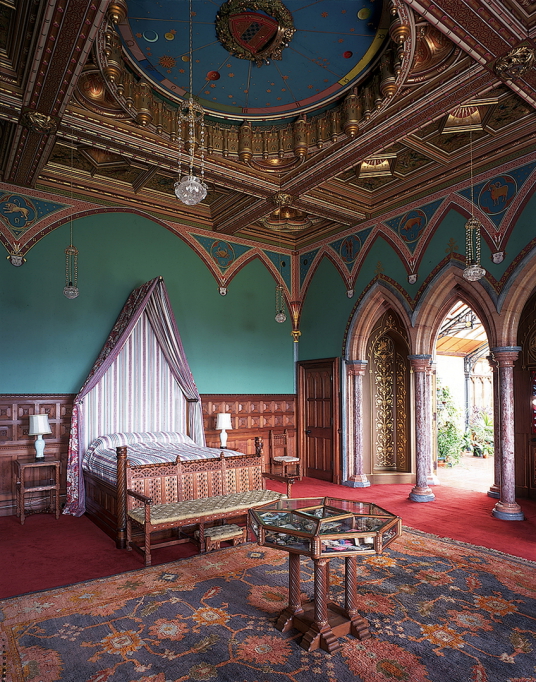 The house has a sumptuous interior throughout, not least the stunning marble hall, 80 foot high with tiers of Gothic arches and richly coloured stained glass, symbolising the signs of the zodiac, the marble chapel in dazzling white marble and the fabulous zodiac room and swimming bath. 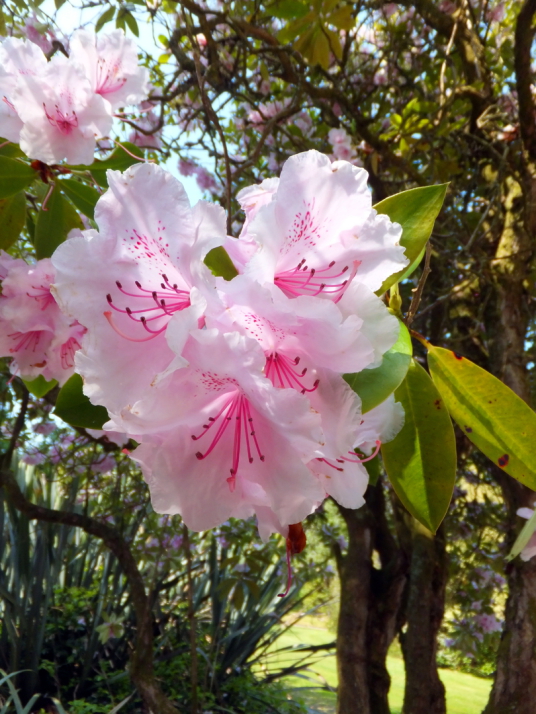 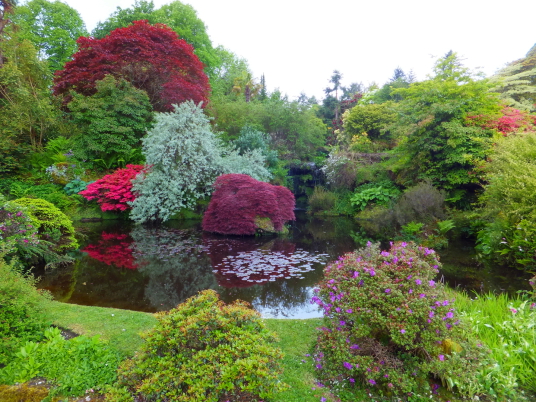 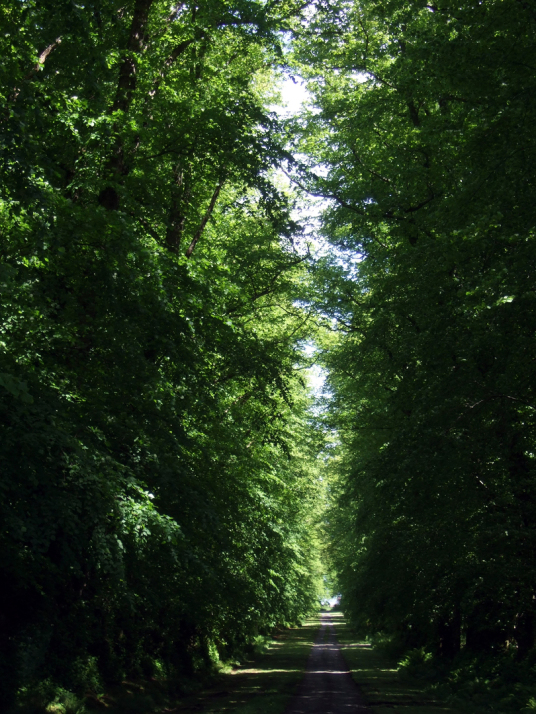 The house is surrounded by 300 acres of fine landscaped grounds, gardens and woodlands with an octagonal glass pavilion with tropical plants.