Perthshire: In centre of Perth, corner of South Street and Speygate, site of Gowrie House. 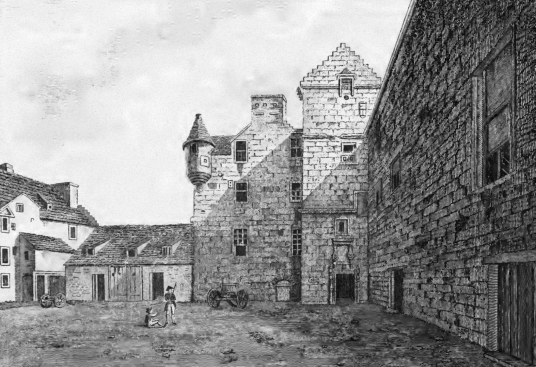 Gowrie House was a magnificent fortified L-plan town house with a large formal garden, which incorporated some of the town wall and Monk’s Tower and Spey Tower. The house rose to three storeys and an attic, and the main turnpike stair was in the re-entrant angle. Bartizans crowned the building, and there was a courtyard. 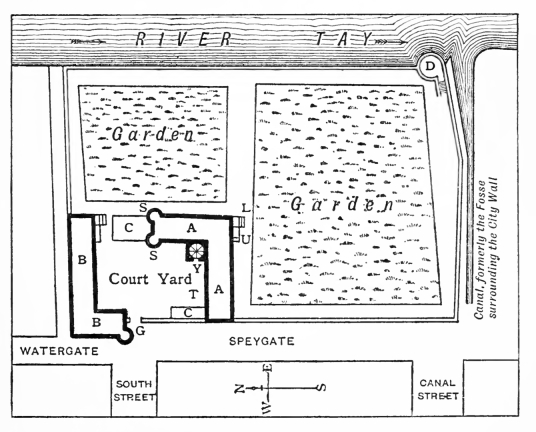 The house was built by the Countess of Huntly in 1520. It was sold to the Ruthven Earl of Gowrie. 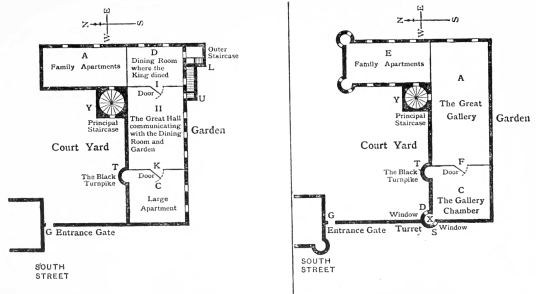 It was at Gowrie House that in 1600 the Gowrie Conspiracy took place. This may have been a plot to kidnap or murder James VI, but the result was the death of John, 3rd Earl of Gowrie, and his brother Alexander, Master of Ruthven. The Ruthven family were forfeited and their name proscribed (see Huntingtower). 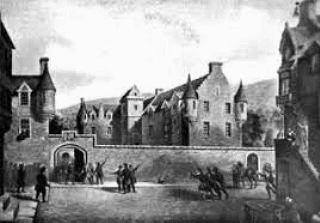 The property was held by the Hay Earl of Kinnoull, who entertained Charles II here in 1663. It was acquired by the city of Perth, who gave it to the Duke of Cumberland, butcher of Culloden, in 1746, who in turn sold it to the government. It was used as a cavalry barracks until demolished in 1805. The site is occupied by the County Buildings.