Ayrshire: About 2 miles west of Cumnock, on minor road north of A70, south of Lugar Water, at Dumfries House. 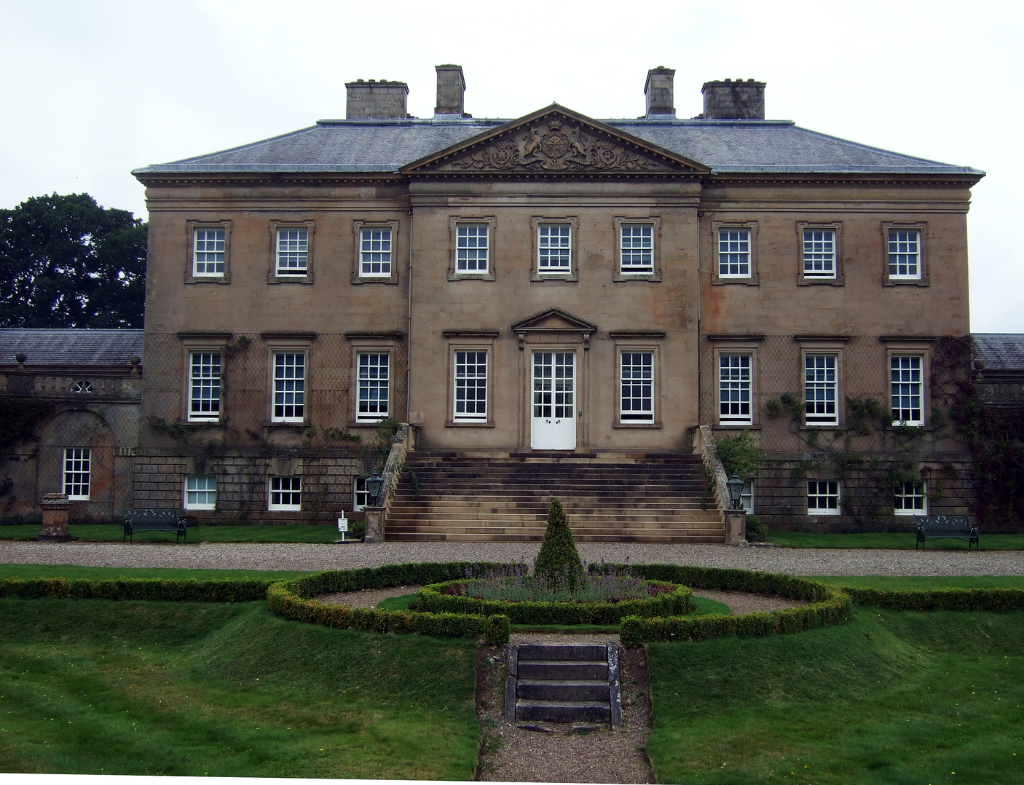 Dumfries House is an elegant and beautifully proportioned classical mansion, rising to three storeys in the main block and with two lower flanking pavilions. This was one of the first mansions designed by the architect Robert Adam, who was only 26 when it was commissioned in 1754. It was built for William Crichton-Dalrymple, the 5th Earl of Dumfries, and work was supervised by John Adam, Robert’s brother.
The house has a sumptuous interior with ornate plasterwork, marble fireplaces and lavish furnishings, including many pieces by Thomas Chippendale.

The property was originally known as Lochnorris or Leifnorris, and there was an old tower [NS 539205], a property of the Crawfords in 1440. The tower has gone, although it stood to the west and north of the house, near the stables. Furniture from the old house is on display in Dumfries House. In 1635 William Crichton, 1st Earl of Dumfries, purchased the estate (also see Sanquhar Castle), and the property passed through marriage to the Dalrymples, who added Crichton to their name. The tower was demolished in 1771, although the 17th century doocot survives. 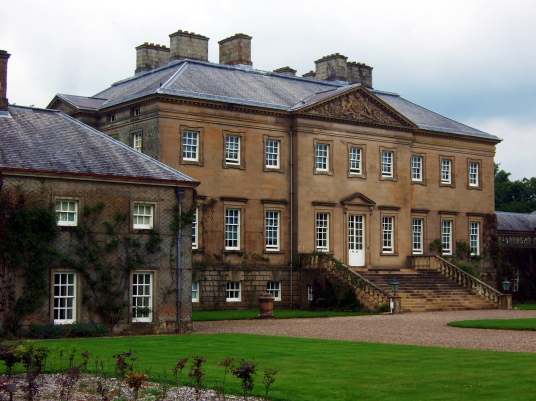 By marriage to the heiress Elizabeth Penelope Crichton, the property then went to John Stuart, Viscount Mountstuart, although both he and his wife died young. They had a son, John, later 2nd Marquess of Bute, who went on to inherit both Mount Stuart and Dumfries House. The 3rd Marquess of Bute, his son and also called John, was one of the richest men of his day, and was a keen historian and archaeologist. He extended Dumfries House, roughly doubling the size, but done so that the additions are not apparent from the front of the house. He spent, however, more attention on other properties, including Mount Stuart on Bute and Cardiff Castle. The house was used by the army during World War II. 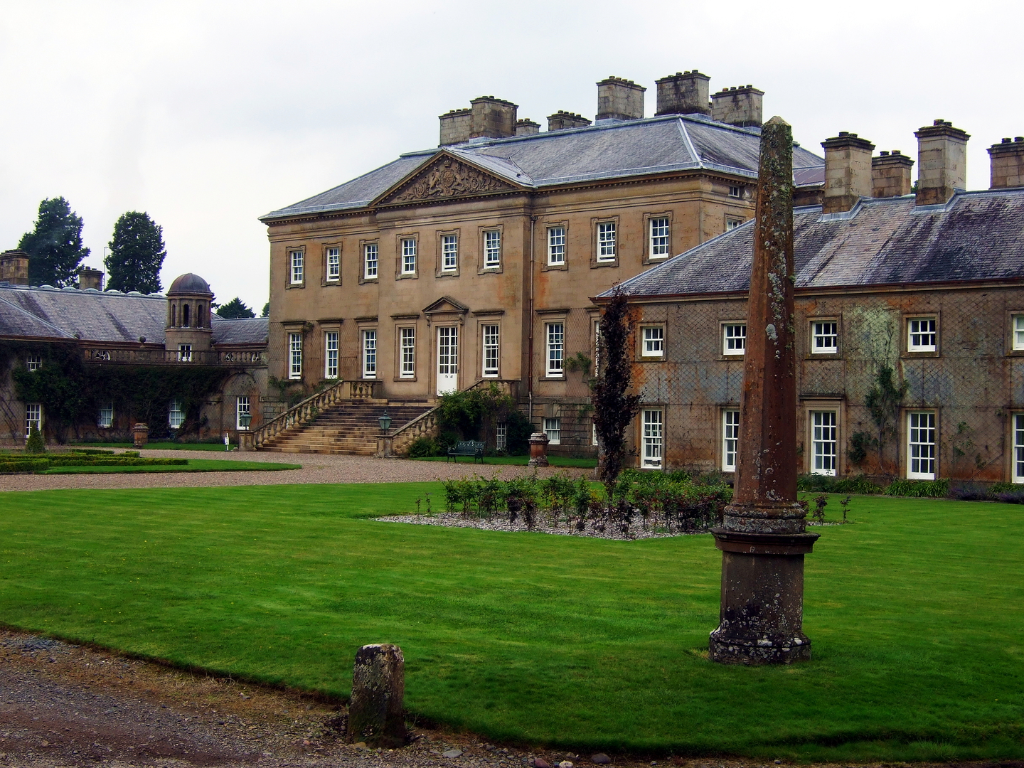 Dumfries House remained with his descendants until Johnny Dumfries, the 7th Earl and a racing driver, decided to sell Dumfries House and concentrate on Mount Stuart. In 2007 Dumfries House was bought and is now managed by the Great Steward of Scotland’s Dumfries House Trust.
The house is said to be haunted by a smelly ghost, which makes its presence felt by exuding an unholy stench. Another tale is that of a phantom coach, linked to a death in the Hastings family.
Beware of HRHs visiting at short notice…