Argyll & Dunbartonshire: On isle of Islay, about 3 miles west and south of Port Askaig, on minor road and foot north of A846, on island near north end of Loch Finlaggan, at Finlaggan. 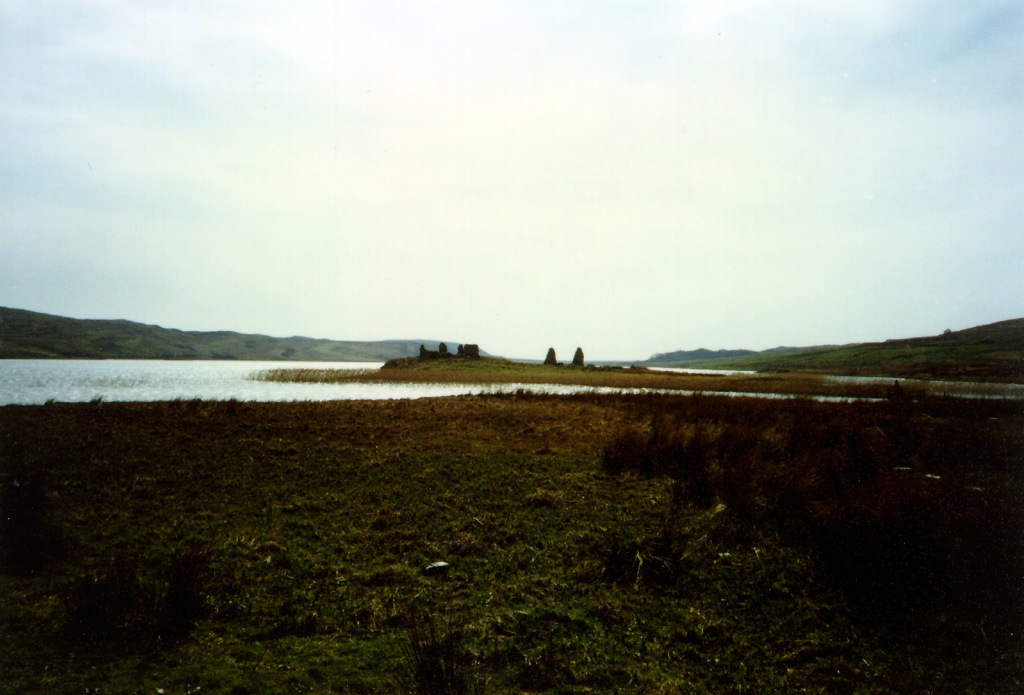 Little remains of Finlaggan except foundations on two islands. Remains have recently been found of a 15th-century tower on the smaller or council island. The ruins of a chapel, dedicated to St Finlaggan a contemporary of St Columba, and many other buildings stand on the larger island, Eilean Mor.
‘Castel of Falinghan or Falinghan’ is marked on Blaeu’s map of Islay, although it is apparently shown in Loch Gorm on the Rhinns of Islay, not at Finlaggan. 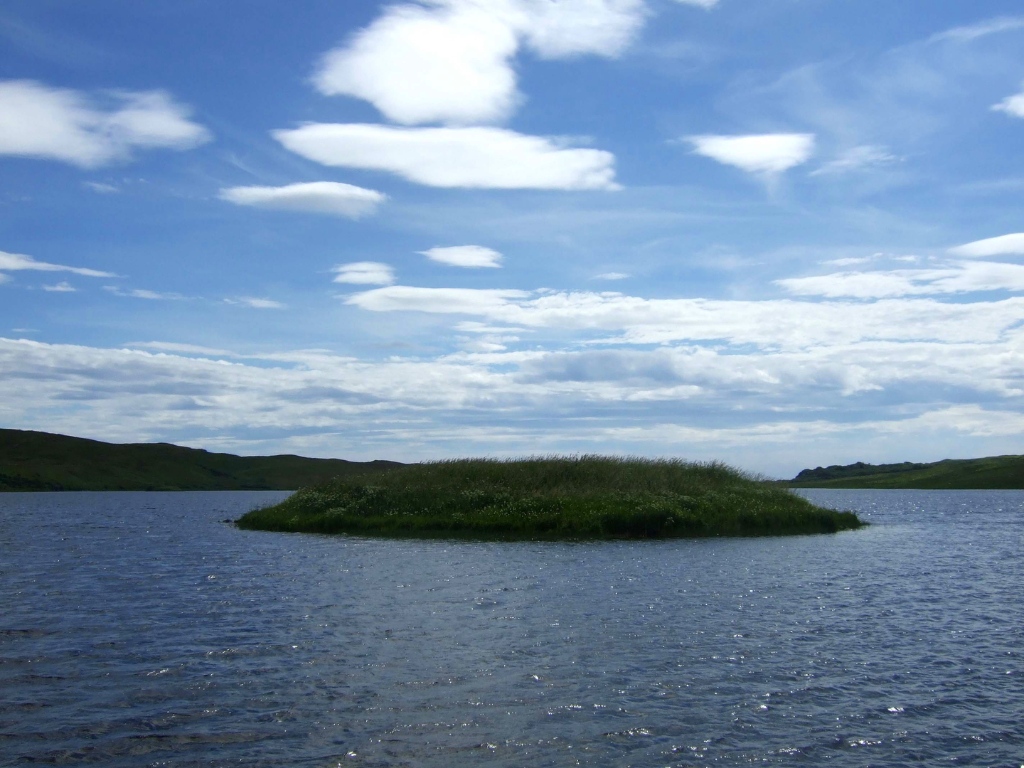 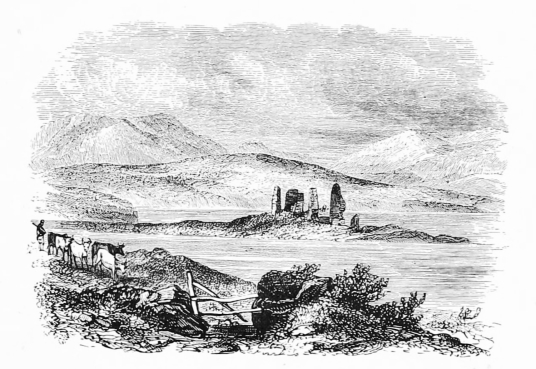 There was a kingdom of the Isles, subject to Norway, from about 900. In the 12th century, Somerled, of mixed Norse and Celtic blood, pushed the Norsemen out of much of Scotland and took control of their territories. He was assassinated at Renfrew in 1164 when at war with Malcolm IV, King of Scots. He was succeeded by his sons Reginald in Kintyre and Islay, Dugald in Lorn, Mull and Jura, and Angus in Bute, Arran and North Argyll. 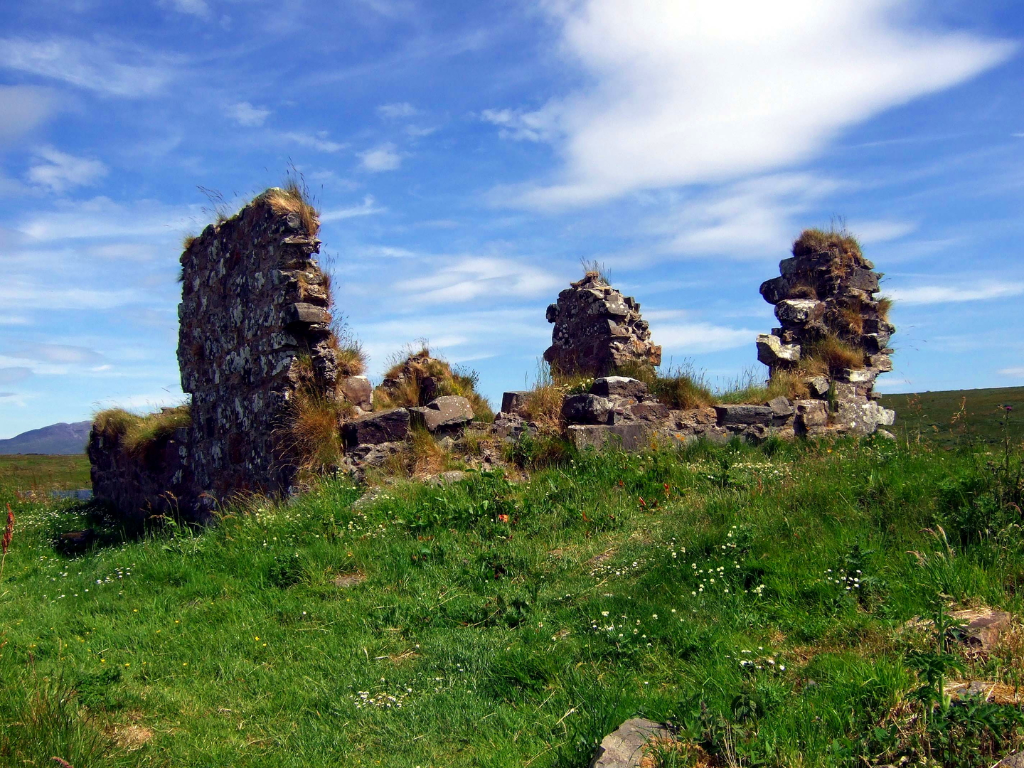 The whole area became part of the kingdom of Scots in 1266 after the Battle of Largs in 1263. Angus Og MacDonald – grandson of Donald, a son of Reginald, and hence MacDonald – a friend and supporter of Robert the Bruce who fought at Bannockburn, died at Finlaggan in 1328. His son, John of Islay, was the first to use the title Lord of the Isles. 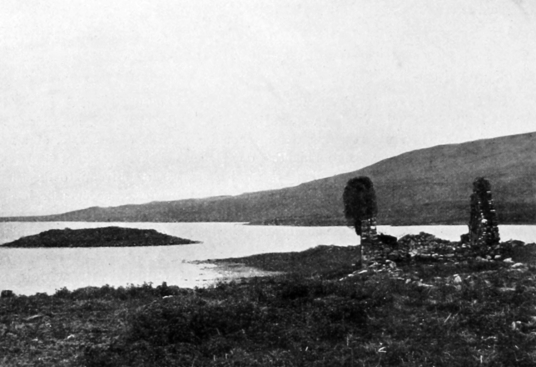 The independence of the Lords, however, and their power and influence, caused constant trouble for the kings of Scots. A campaign by Donald, 2nd Lord, led to the bloody Battle of Harlaw in 1411, and Alexander, 3rd Lord, was twice imprisoned by James I. James IV eventually destroyed the power of the Lords in a campaign in 1493, and had John, the then Lord of the Isles, imprisoned until his death in 1503. Attempts were made to restore the Lordship, but these were ultimately unsuccessful. 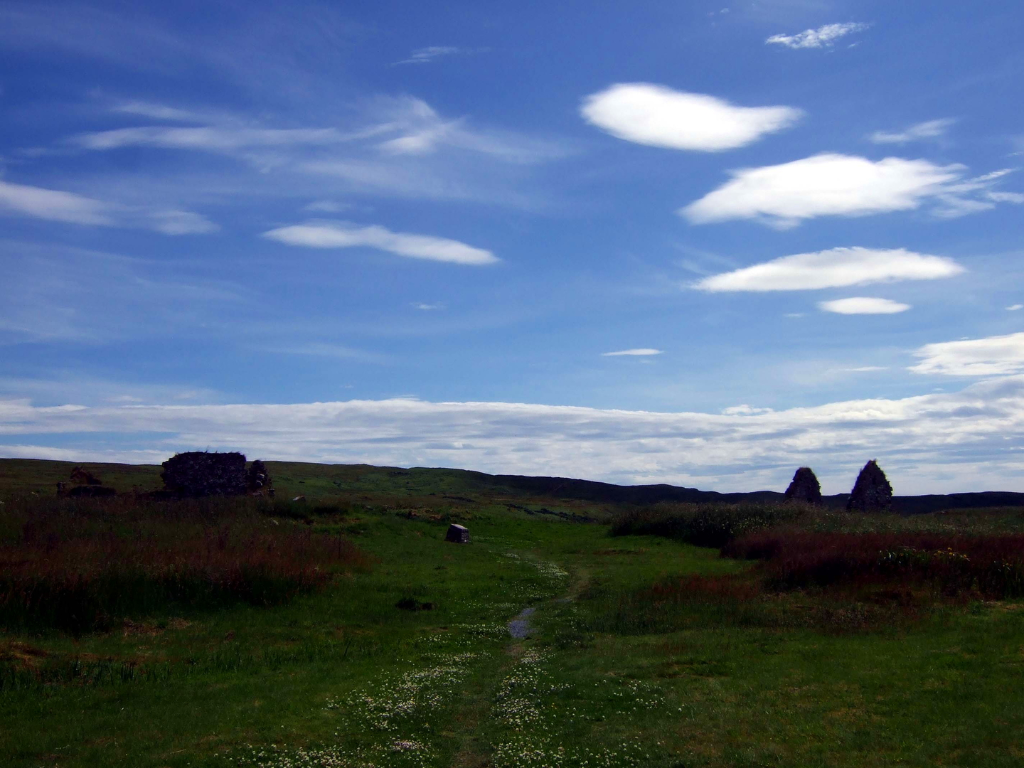 Finlaggan itself was held by the MacGillespie family after the Lordship collapsed, and they may have had a house on the island. Islay was to become a property of the Campbells.