Borders: About 4 miles west and south of Selkirk, just south of B7009, east of the Ettrick Water, at Aikwood Tower (Oakwood Tower). 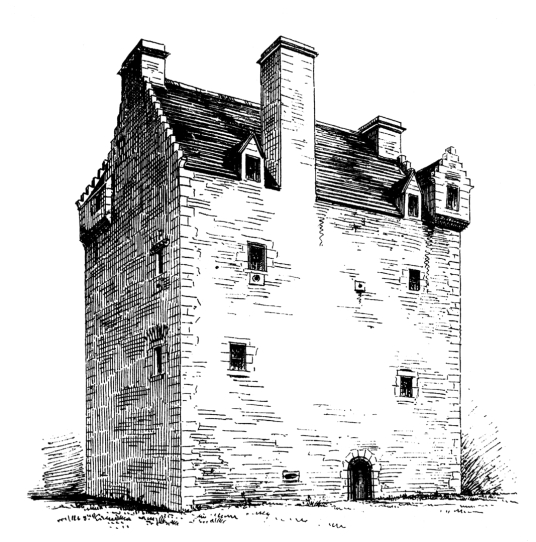 Aikwood Tower (also known as Oakwood Tower) is a rectangular 16th-century tower house of four storeys and an attic without a parapet. Two corbelled-out bartizans crown the tower, and the steeply pitched roof has corbiestepped gables. 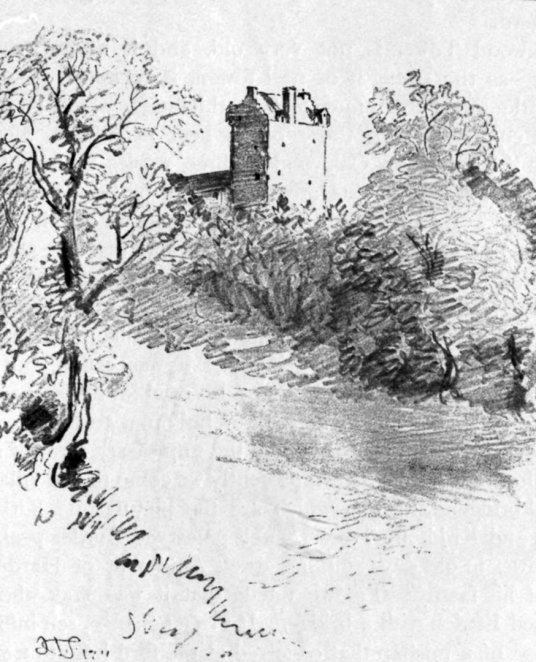 The old entrance, at ground level but no longer in use, has an iron-studded door. It opened into a lobby, which led into the vaulted basement, and to a wide turnpike stair. The hall, on the first floor, has an elaborate fireplace, and there is also a small ‘laird’s room’. The upper floors are occupied by private chambers.
‘N. Aikewood’ is marked on Blaeu’s map of Tweeddale. 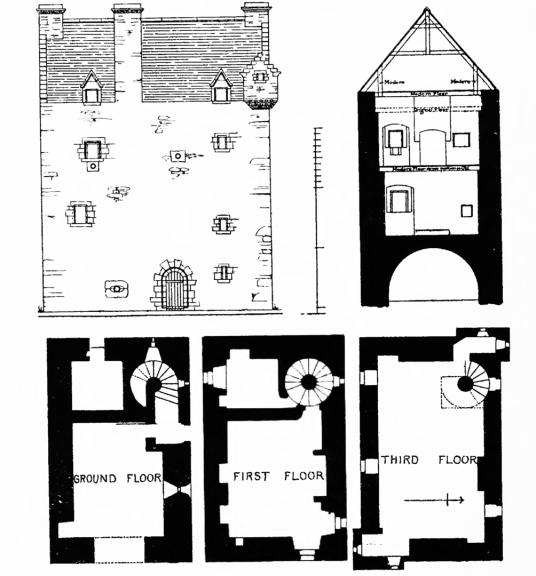 Aikwood was a property of the Rutherfords in the 15th century, but went to the Scotts in 1517 (the Scotts of Harden from early in the 17th century) until the 1940s when the property was finally sold. In 1672 Sir William Scott of Harden had a ratification which mentions the lands of Aikwood, with the tower, fortalice, manor place etc. 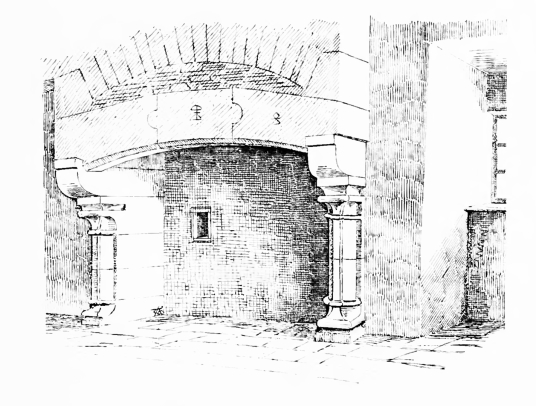 The tower was abandond as a residence in the middle of the 18th century, then being used as a farm store, but was restored and renovated by Sir David Steel (Lord Steel of Aikwood), former Presiding Officer of the Scottish Parliament. 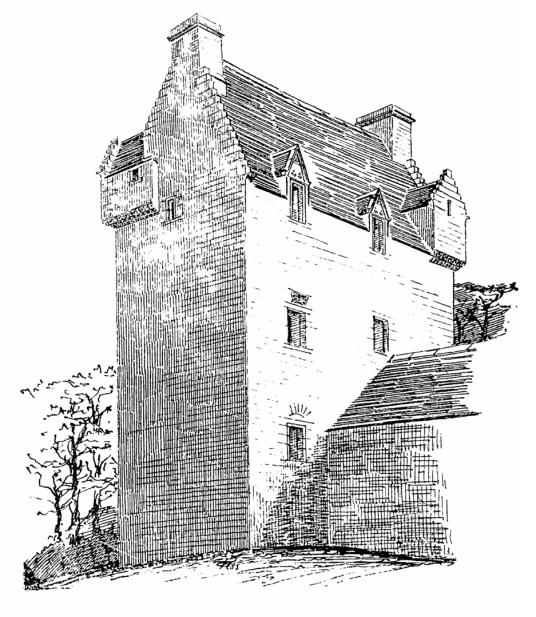 This is said to be the residence of the 13th-century wizard, Master Michael Scott. Little is known of his life, but he is said to have studied at Oxford, Paris and Padua, and in Toledo in 1217. He translated works of Aristotle, and was tutor to Emperor Frederick – as well as reputedly being a wizard.