Winton Castle is a fine old Renaissance mansion incorporating a castle, long held by the Seton Earls of Winton and now by the Ogilvys,  standing in gardens and wooded policies near Pencaitland and Tranent in East Lothian in central Scotland. 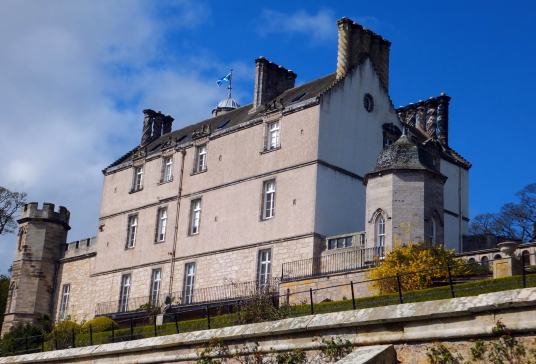 Lothians: About 3 miles south-east of Tranent, east of B6355, 0.75 miles north of Pencaitland, north of Tyne Water, at Winton Castle. 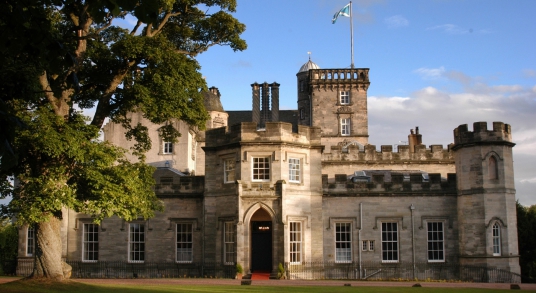 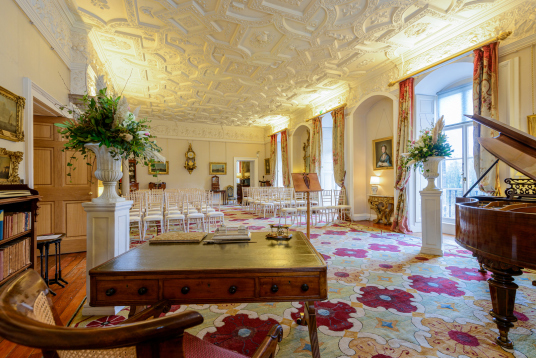 Winton Castle, a Renaissance mansion dating from 1620 with later additions, incorporates a 15th-century castle. There are some fine 17th-century plaster ceilings, decorated in honour of Charles I, as well as unique stone twisted chimneys, both added by William Wallace, the king’s Master Mason. Later 19th-century additions were destroyed by a fire in 1881. There are fine terraced gardens and grounds. 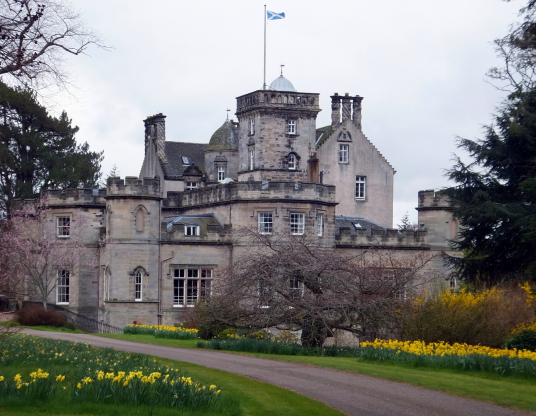 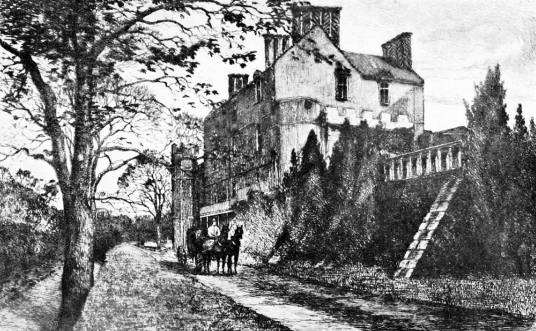 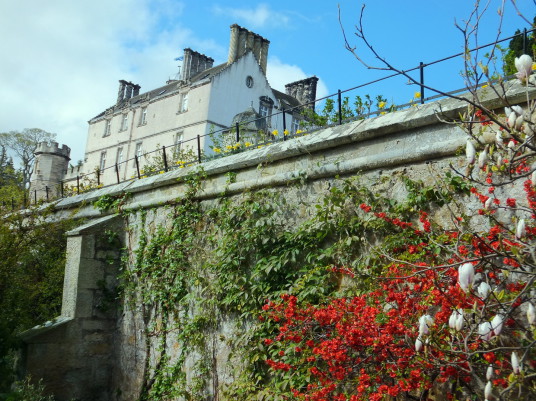 The lands were originally held by the Winton family in the 12th century, but passed to the de Quincy family. Winton was granted to the Setons after the de Quincys were forfeited by Robert the Bruce around 1320. The Setons also held Seton Palace, Niddry Castle and many other properties. 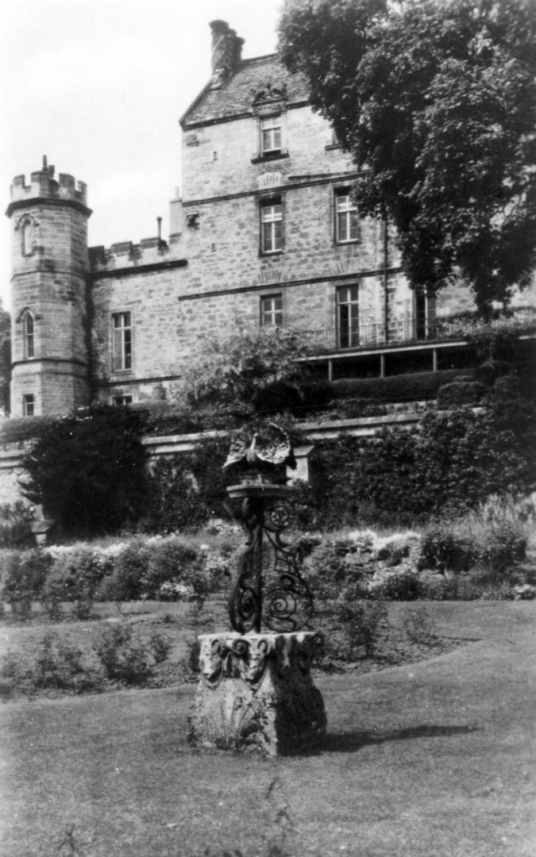 Christopher Seton was Robert the Bruce’s brother-in-law and supporter. He is believed to have saved Bruce’s life at the Battle of Methven in 1306, but was captured after the battle and then brutally executed by the English.

Sir Alexander Seton, perhaps his brother, was one of the Scottish nobles to add their seals to the Declaration of Arbroath in 1320. He was Governor of Berwick when the burgh surrendered in 1333 and his son was hanged by the English. 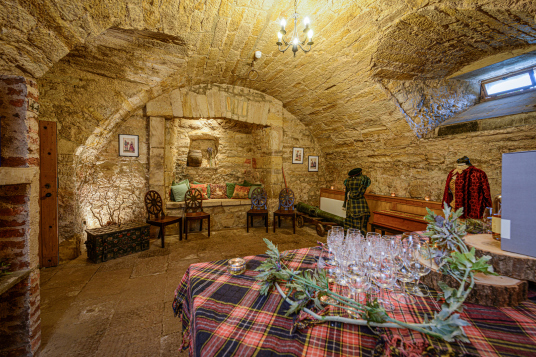 William Seton was made Lord Seton in 1371, and the Setons married into the Gordons and their descendants were the Earls of Huntly, although they retained the Gordon name. William Seton, Master of Seton, was slain at the bloody Battle of Verneuil in France in 1424 fighting the English during the 100 Years War. George, 2nd Lord Seton, (also see Seton Castle ) built a castle at Winton in about 1480, and George, 3rd Lord Seton, was killed at the Battle of Flodden in 1513. 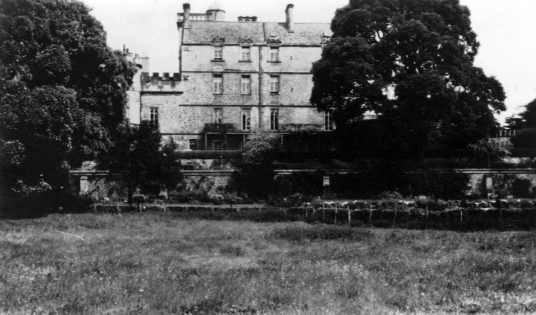 Winton Castle was sacked and burned by the English in 1544 during the Rough Wooing. George, 5th Lord Seton, was a friend and supporter of Mary, Queen of Scots, and she fled to Seton Palace after the murder of David Rizzio at the Palace of Holyroodhouse in 1566. The Setons helped to rescue Mary from imprisonment in Loch Leven Castle, after which she stayed at another of their properties, Niddry Castle. They fought for her at Langside, but were defeated and the 5th Lord escaped to Flanders, although he later returned and was one of the judges at the trial of James Douglas, Earl of Morton, for the murder of Darnley. Morton was beheaded. 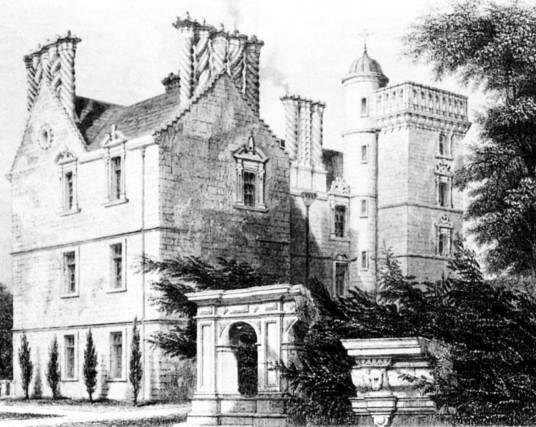 Robert Seton, 8th Lord Seton, was made Earl of Winton in 1600, and much of the present house dates from 1620. Charles I visited Winton Castle in 1633. The family were Royalists, and George, 4th Earl, was one of the leaders of the government forces against the Covenanters at Rullion Green in 1666 and then Bothwell Brig in 1679, and against the Earl of Argyll in 1685. 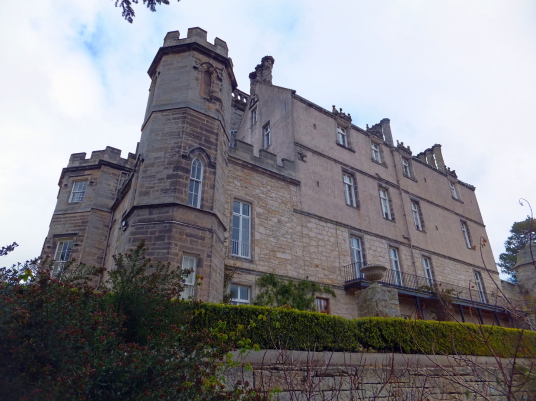 George, 5th Earl, was forfeited for his part in the Jacobite Rising of 1715 and imprisoned in the Tower of London after being captured at the Battle of Preston and facing execution, although he managed to escape and went to Rome.

The property was sold to the York Building Company along with Seton Palace, then to the Hamilton Lords Pencaitland in 1779, then passed to the Nisbet Hamiltons in 1885, then to the Ogilvys in 1920. The castle is still occupied.

According to An old family : or, the Setons of Scotland and America by Robert Seton (1899) ‘There is, of course, a Ghost-room in the upper part of the house; but I saw nothing uncanny about it, twice that I was there.’ 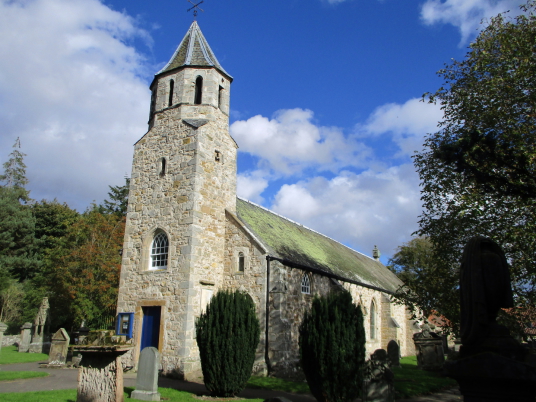 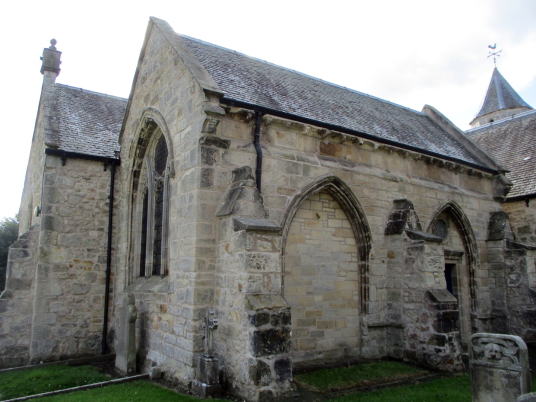 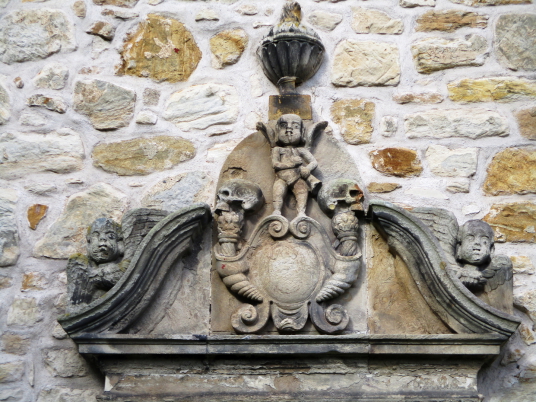 Pencaitland Parish Church [NT 443690] is a fine old building, with work from as early as the 12th century, rebuilt in the 16th century and later with the Winton Aisle and the Saltoun Aisle. There are some interesting old memorials in the burial ground.