Perthshire: About 1.5 miles east and south of Kinross, on minor roads and ferry east of B996, on Castle Island in Loch Leven, at Lochleven Castle. 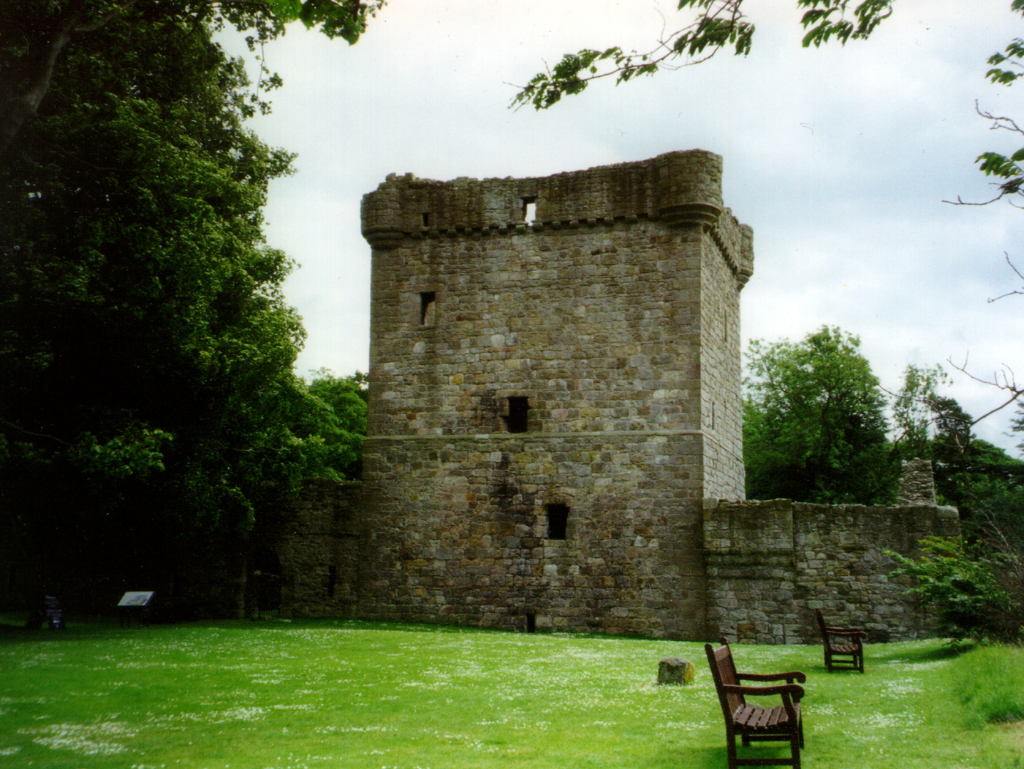 On a sylvan and romantic island in the loch (a National Nature Reserve), Lochleven Castle consists of a small 15th-century tower, rectangular in plan, of five storeys, standing at one corner of a 14th-century courtyard. A corbelled-out parapet, with three open rounds, crowns the tower. The courtyard has a small round tower, with gunloops, at one corner, and the entrance is through an arched gateway. 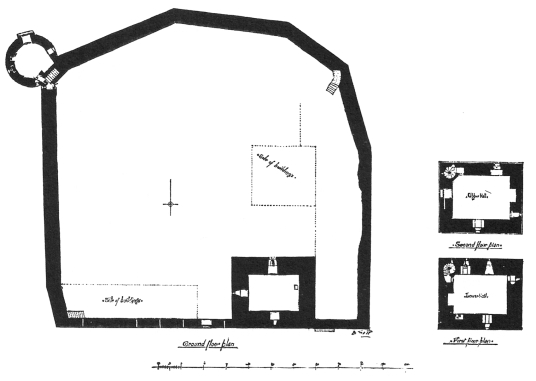 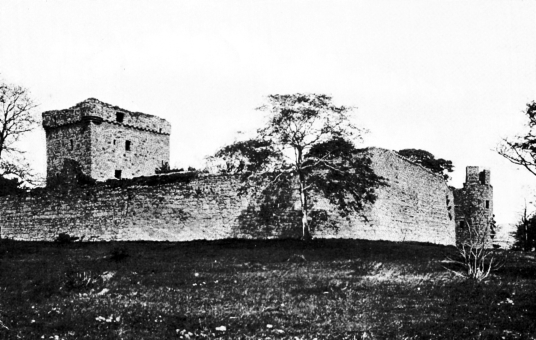 The courtyard enclosed ranges of buildings, including a hall and kitchen, but these are very ruinous. The castle used to occupy most of the island, but the level of the loch has been lowered after the loch was partly drained in 1836. 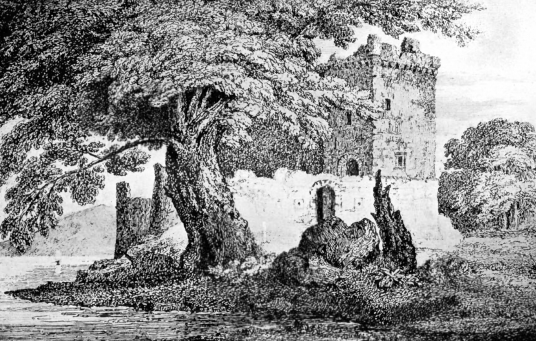 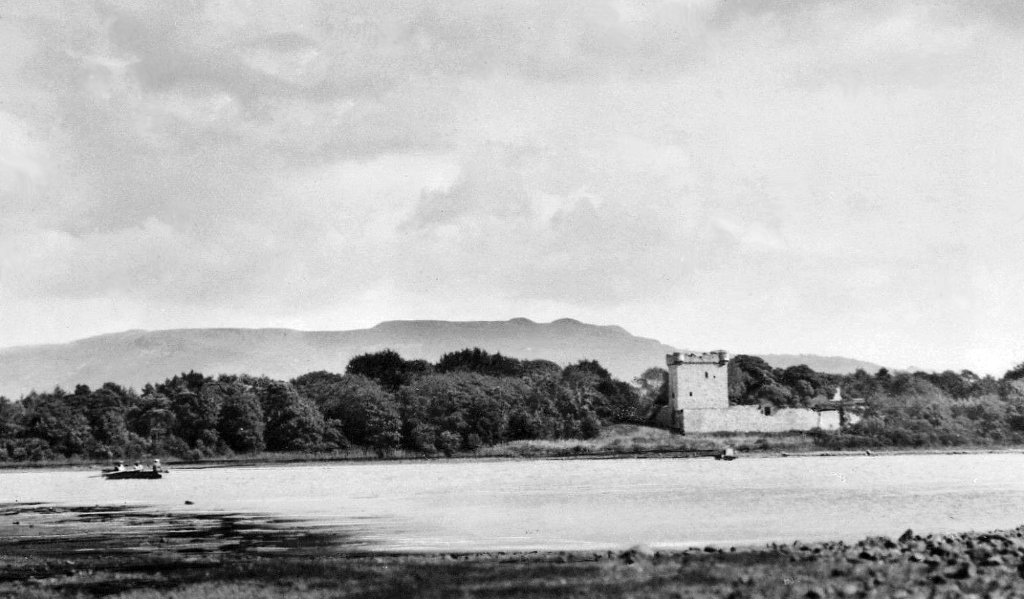 The original entrance to the main tower was at second-floor level, from an external stair, and leads to the hall through a hooded arch. A turnpike stair leads down to the vaulted kitchen on the first floor. The basement is also vaulted, but has a modern entrance. The chamber above the hall has an oratory, with altar-shelf and piscina. 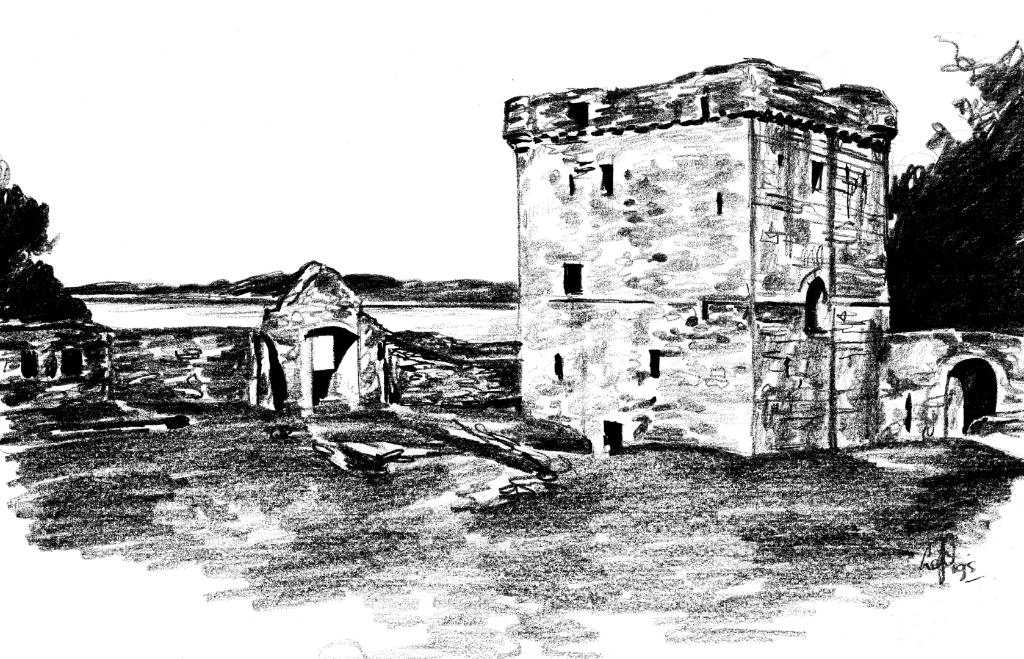 ‘Castel of Loch Levin’ is marked on Blaeu’s map of Fife.
Loch Leven was a royal castle from 1257, and was stormed by William Wallace after being captured by the English. The English besieged the castle in 1301, but it was relieved by Sir John Comyn before it could be captured. It was visited by Robert the Bruce in 1313 and 1323. The castle was held again against Edward Balliol and the English in 1335. Robert II, before he was crowned, was imprisoned here in 1369. By the end of the 14th century, it had passed to the Douglases of Lochleven. 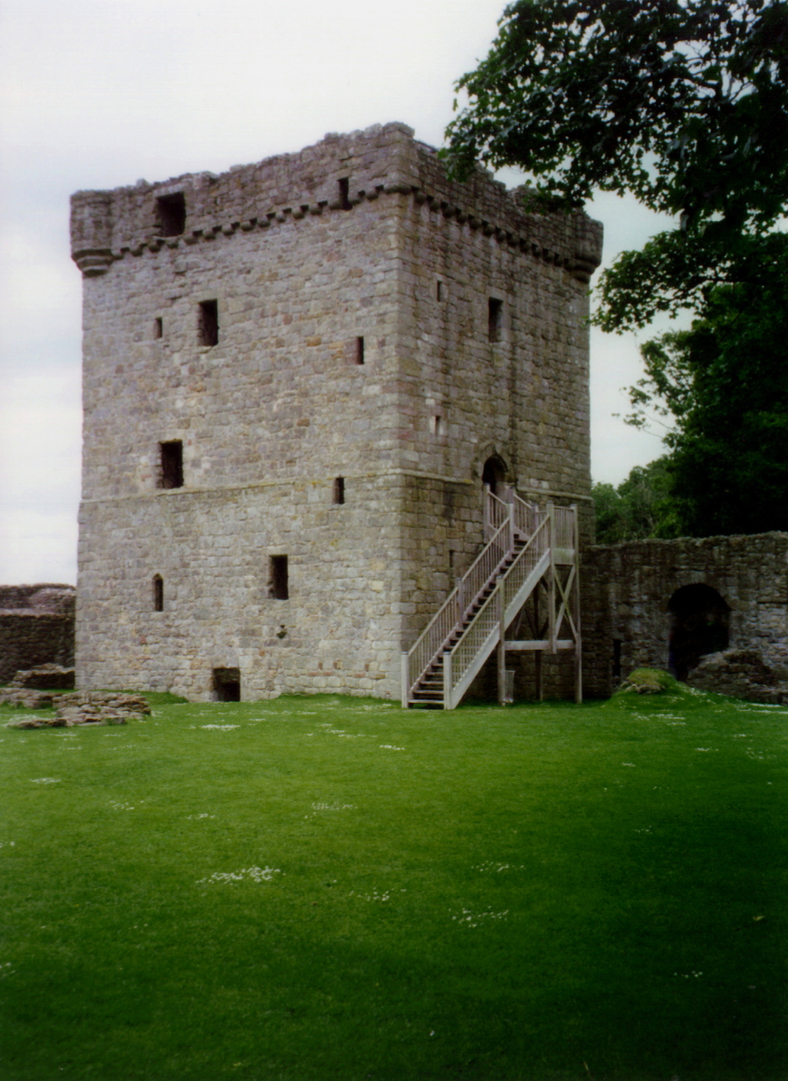 Mary, Queen of Scots, was held here from June 1567 until she escaped in 1568, during which time she signed her abdication and is believed to have had a miscarriage, perhaps of twins – her ghost is said to haunt the castle. Mary disguised herself in a chamber, used by her physician, on the top floor of the tower befofe escaping, and was taken to Niddry Castle and then defeat at the Battle of Langside, after which she fled to England and eventual execution. 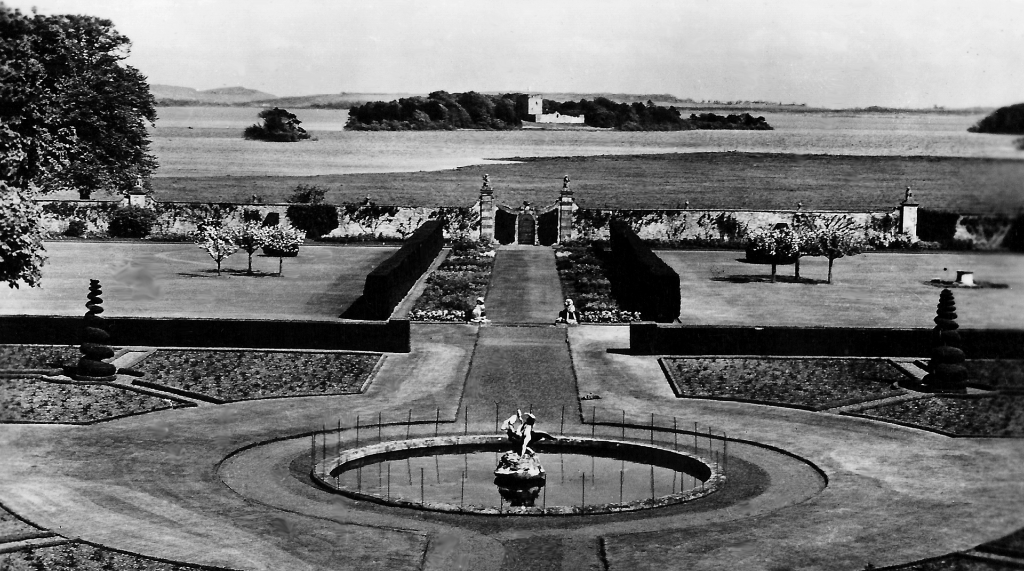 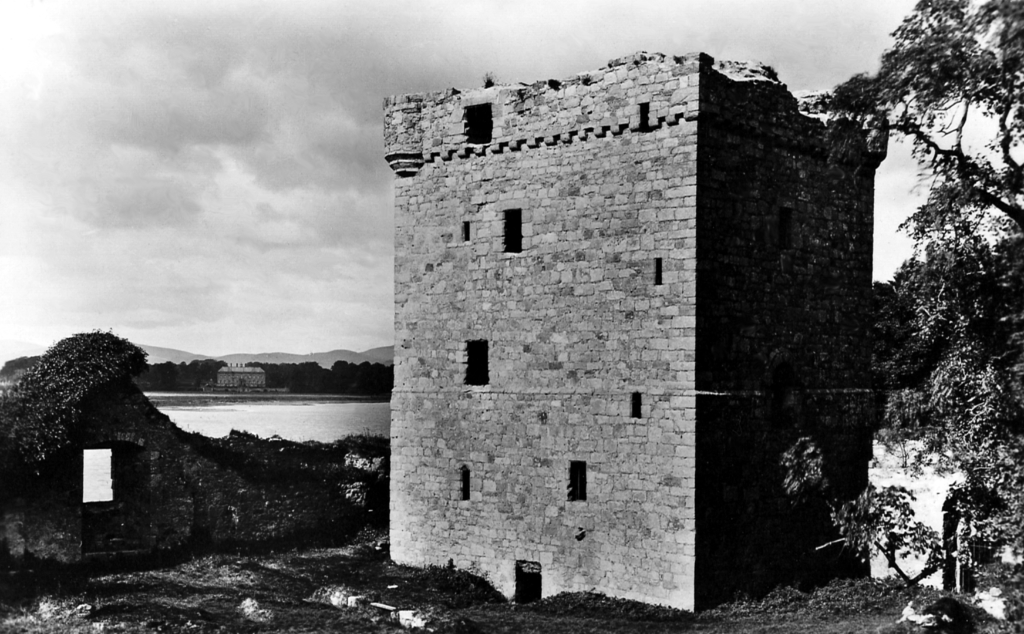 Lochleven Castle: view of the castle with Kinross House in distance (old postcard)

The property passed to the Bruces of Kinross, then to the Grahams, and then to the Montgomerys, and was taken into State care in 1939. The castle became a feature in the landscaped grounds of Kinross House.