Kincardine & Deeside: About 5 miles north-west of Laurencekirk, on minor roads north of B974, 2 miles north of Fettercairn, just east of Crichie Burn, at Fasque House. 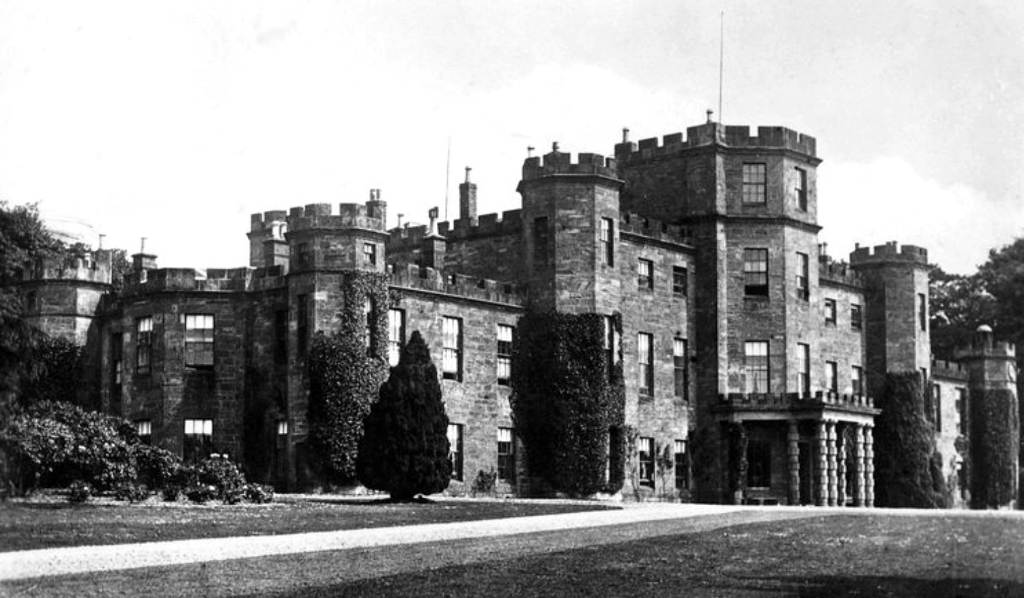 Site of castle. In fine wooded policies, Fasque is a symmetrical castellated mansion, which was built in 1809, probably by the architect John Paterson. It consists of a three-storey main block with a taller central tower and lower wings. 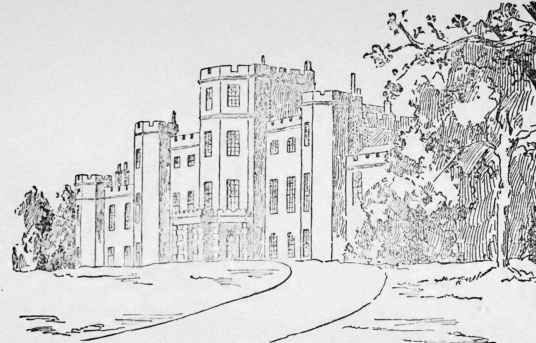 This was a property of the Ramsays of Balmain, and they supported James III at Sauchieburn in 1488 and their lands and titles were forfeited. They recovered Balmain, and David Ramsay of Balmain was a baronet of Nova Scotia in 1625, while Sir David Ramsay of Balmain is on record in 1707. The mansion was built for Sir Alexander Ramsay, but the property was acquired by John Gladstones in 1829, a merchant from Liverpool but whose family came from Scotland. The Glendye estate was added in the 1840s. One of the family, William Ewart Gladstone, was Prime Minister four times between 1830 and 1851. He had been made baronet in 1846.
Fasque is still held by the Gladstone family, although the Ramsays of Balmain, baronets, still flourish and are recorded as living in Australia.
The house is said to be haunted by the ghost of Helen Gladstone, youngest sister of the Prime Minister, as well as the spirit of a butler called MacBean.
The Fasque and Glendye estate covers some 38,000 acres.