Lothians: About 2.5 miles south-west of Tranent, on minor road between east of A6094 at Crookston and A199 at Tranent, just south-west of Falside Hill, at Falside Castle.

OPEN: Can be viewed from road. Holiday accommodation.
Web: www.faside-estate.com 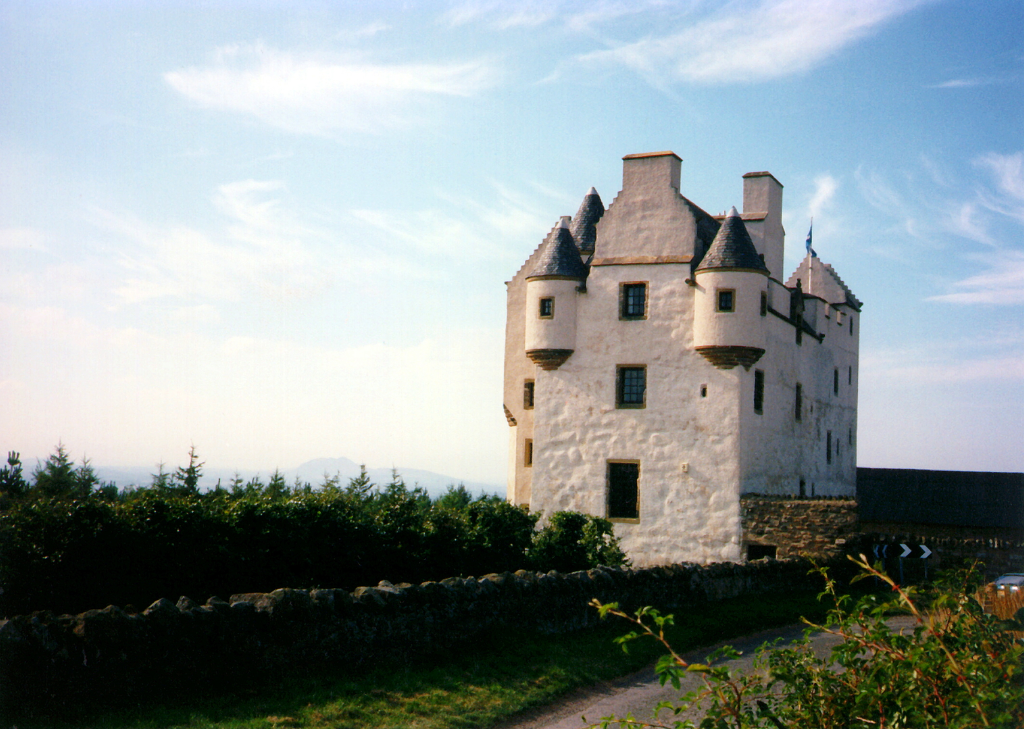 Standing dramatically on a high ridge and visible for miles around, Falside (or Fa'side or Fawside, as well as Falsyde and Fawsyde and many others) Castle consists of an L-plan tower house, and incorporates a plain 14th- or 15th-century tower of four storeys with very thick walls. The walls of the old tower are as much as eight-foot thick. It was later extended by a six-storey block with turrets, dormer windows and decorated mouldings in the 15th and 16th centuries. Bartizans crown the building, and there are corbiestepped gables, and the walls are harled and whitewashed. 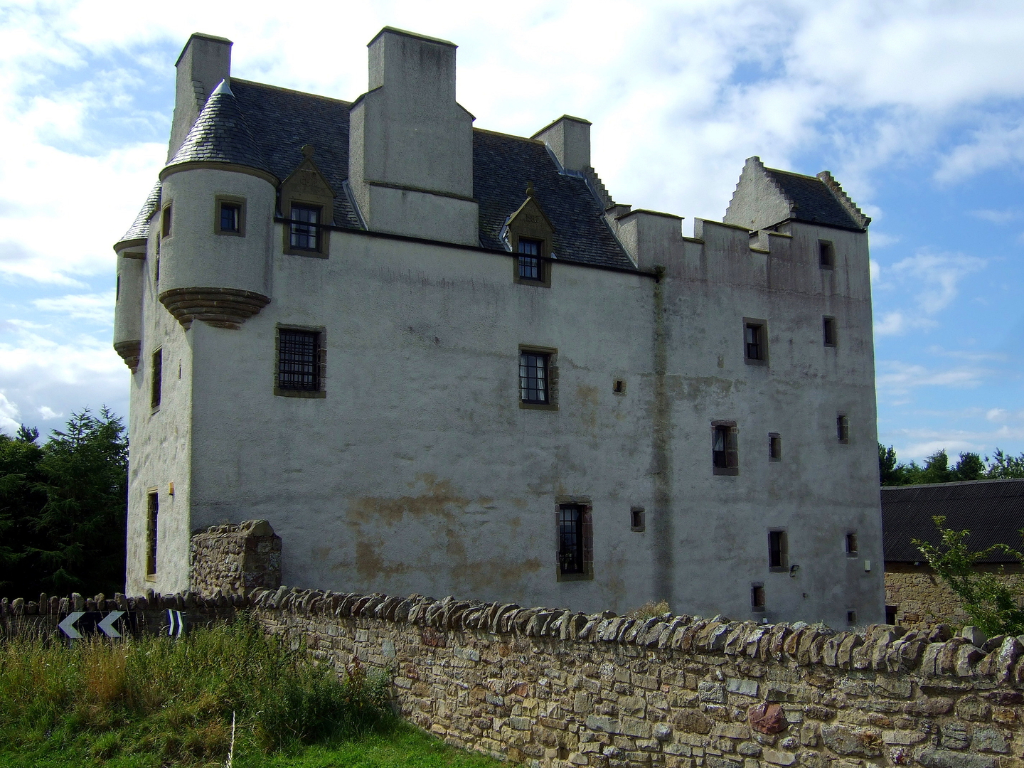 The entrance to the older part leads into the vaulted basement and to a steep straight stair, in the thickness of the wall, leading to the first floor, with a prison. A turnpike stair, in another corner, climbs to the upper floors. A fireplace, dating from the 17th century, survives, and there is a laird’s lug. The laigh hall occupies the first floor, while the main hall is on the second. 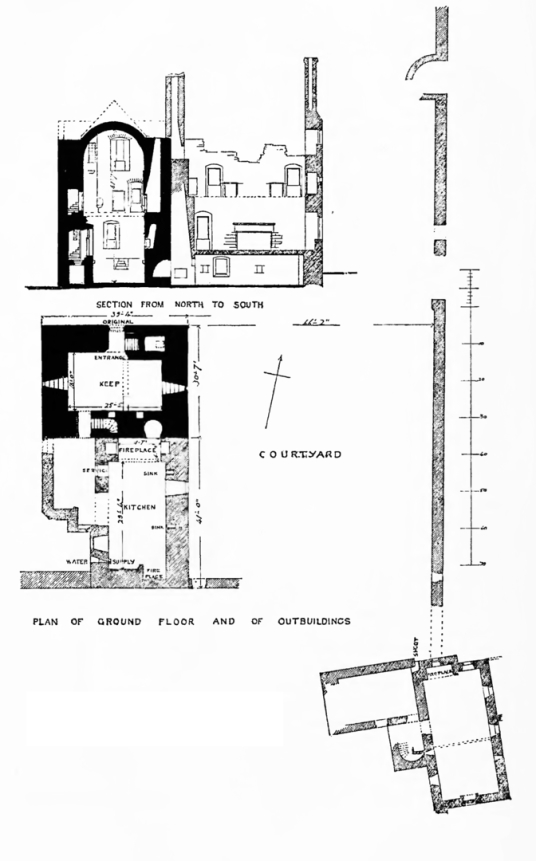 The basement of the newer part is vaulted and contains the kitchen with a large fireplace and oven. A wide stair climbs to the first floor, and there is a hiding place on the upper floor.
A house, dating from the 17th century, stood to the south east, but this has gone, the last remains being demolished in the 1960s. 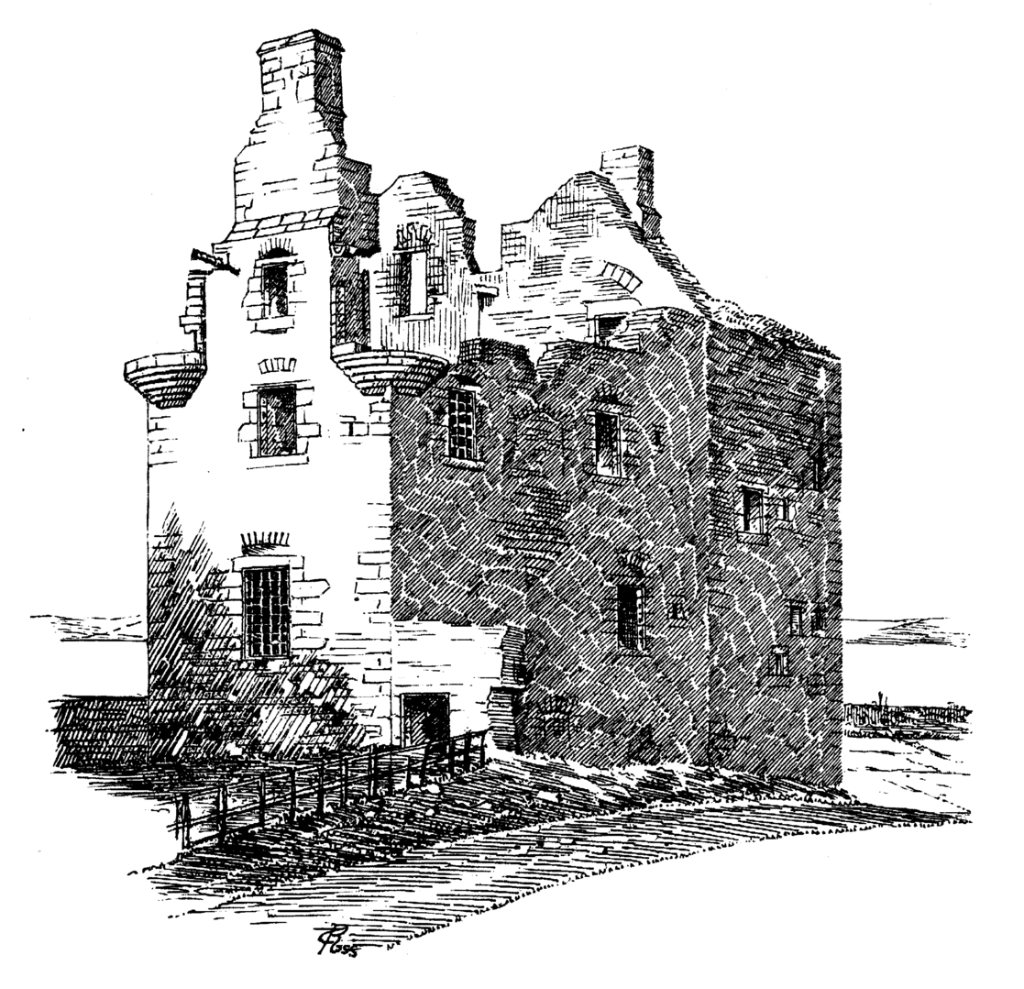 ‘Fasy’ is marked on Blaeu’s map of The Lothians, then ‘Falside’ on Adair’s map of East Lothian. The spelling of the name has varied down the years, with Falside, Fawside and now Fa'side, as well as many other variations. The name means the ‘dark or shady side’ (the castle is built on the north side of a ridge), and there are several properties in Scotland with this name under diverse spellings. 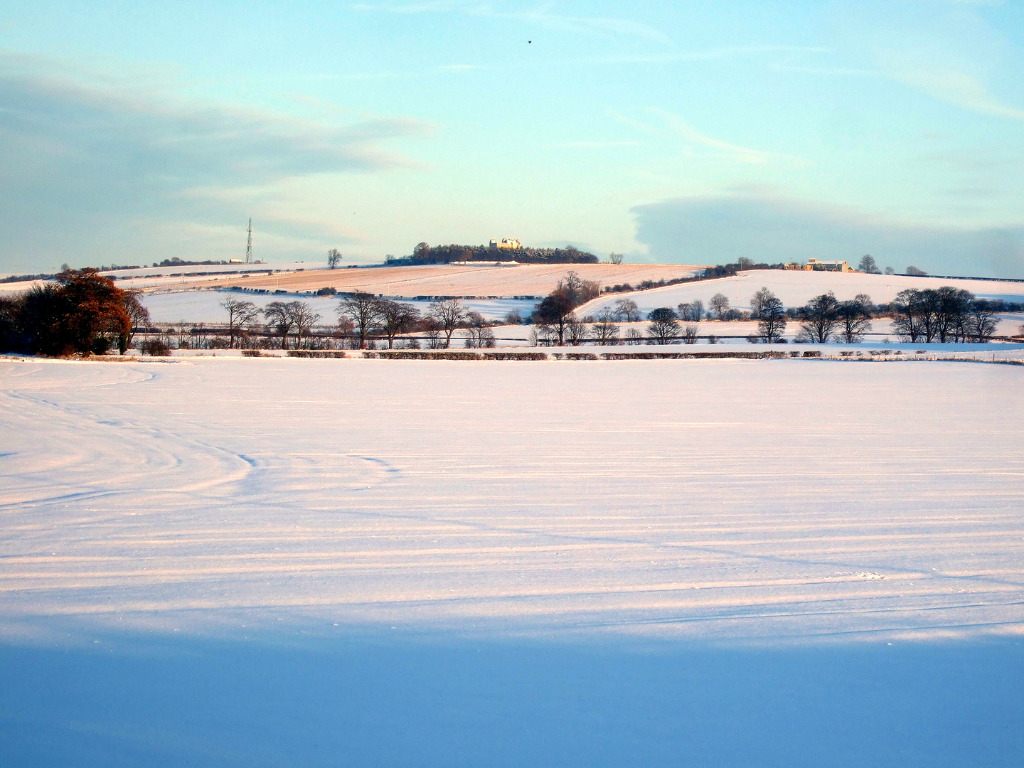 Falside Castle (on top of the hill) (© Martin Coventry)

There is believed to have been a stronghold here from the 11th century. The property was held by an Alexander de Such, but he was forfeited by Robert the Bruce. The Fawside family were in possession in the 13th and 14th centuries, and Thomas de Fawside, knight, is on record in 1376,while William of Fawside and Gavin of Fawside are mentioned in 1476. The superiority was held the Setons. 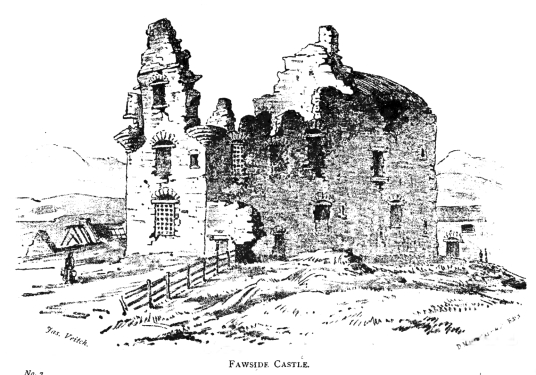 The tower was burnt by the English before the Battle of Pinkie in 1547, reputedly suffocating and killing all those inside. The garrison has been attacking the English forces, and the English went on to rout the Scottish forces at the battle. 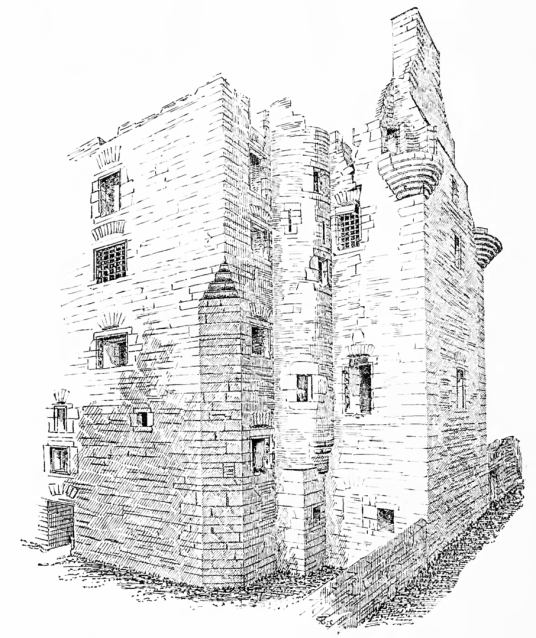 In 1616 Robert Fawside, the then heir of the family and about 20 years old, was murdered by Robert Robertson, a servant, in the barn, using a knife or dagger. Robertson was beheaded on Castlehill in Edinburgh for the crime. There is a memorial in the burial ground at Tranent. 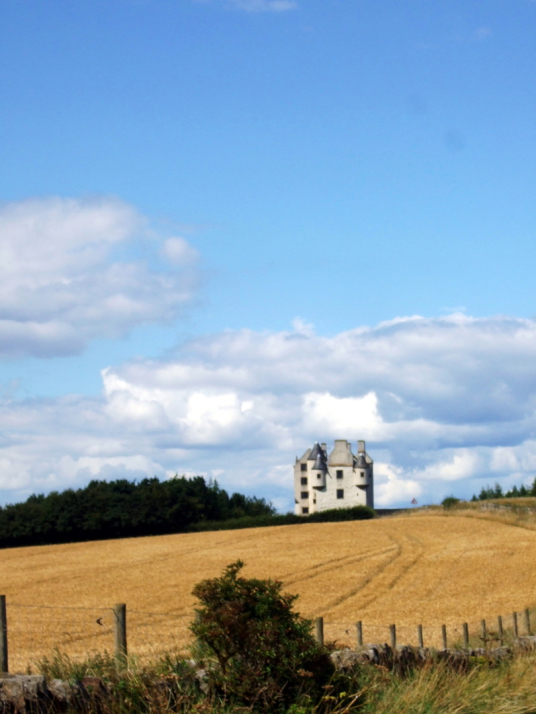 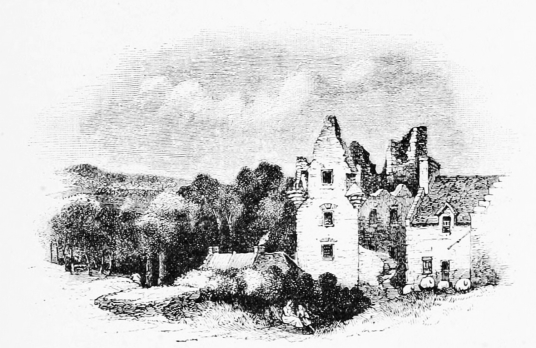 Falside Castle: part of the later house can be seen to the right of the castle ruins (Seton, 1899)

A new house was built in 1618, just to the south-east, and in 1631 Falside was sold to an Edinburgh merchant burgess, named Hamilton. One of the dormers was dated 1618 with the initials IFIL, but this has gone.  John Hamilton of Easter Falside is on record in an act of 1649, but the property later went to the Dundases of Arniston. The house was latterly used by farm workers, although it was ruinous by the late 19th century and it was finally clared away in the 1960s. 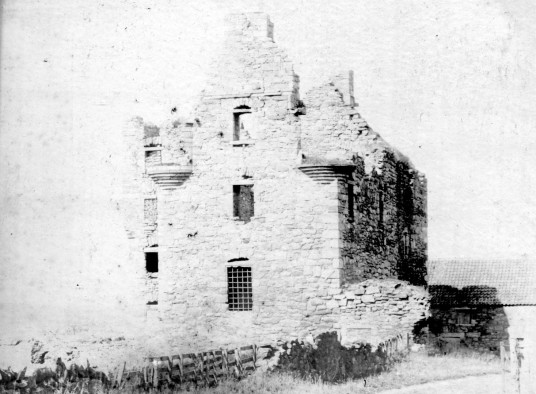 Falside Castle (1885?, Many thanks and © Michael Streuli)

There was a doocot with a ‘curious hiding place’, and a village a Falside, once with some 145 inhabitants, mostly employed as coal miners, but little remains except the old castle.
There were plans to demolish the castle, then in a dangerous conditions, but it was restored from ruin in the 1970s and is occupied. 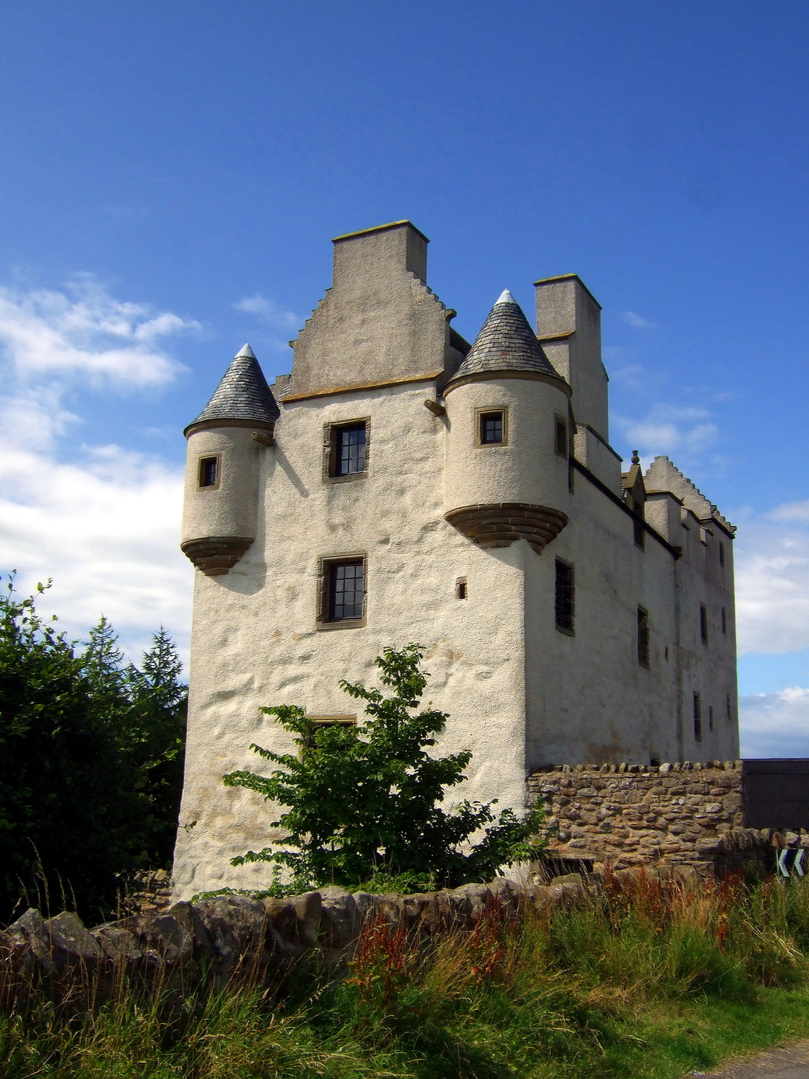 There are stories of a ‘Green Lady’ haunting the castle, possibly the lady of the house who was killed in the burning of 1547, activity most reported in the great hall on the stairs. One story is that her apparition appears at one of the windows on the anniversary (9 September) of the battle. There are also tales of underground passages connecting the building to both Pinkie House and to Elphinstone Tower, and also to Tranent Tower, perhaps using old mine workings..