Kenmure Castle is a ruinous old castle and mansion, long held by the Gordon family, near New Galloway in Dumfriesshire in southwest Scotland. 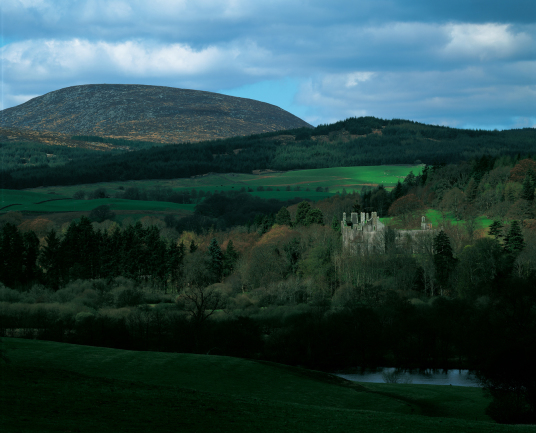 Kenmure Castle (© and many thanks to Tom Wolf www.tom-wolf.com)

Dumfriesshire: About 1 mile south of New Galloway, just east of A762, on hillock west of Water of Ken, at Kenmure Castle.

Colour photos (© and many thanks) Tom Wolf www.tom-wolf.com 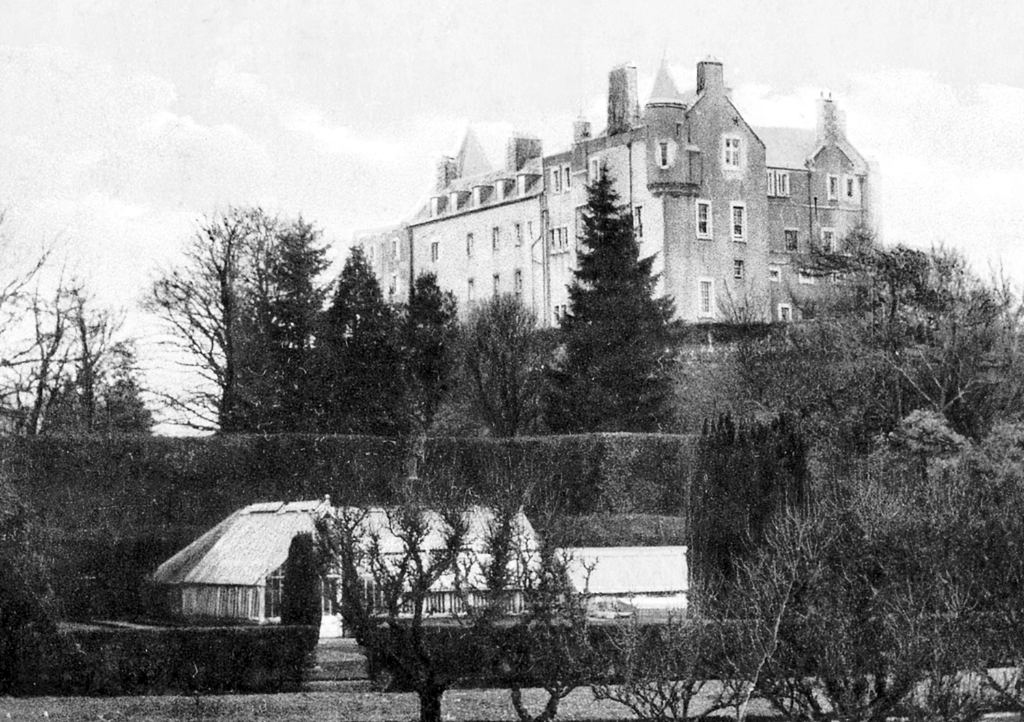 Standing on a rock and formerly also defended by marshy ground, Kenmure Castle consists of a ruinous 16th-century tower house of three storeys and an attic, a later wing, and further work added in the 18th and 19th centuries. 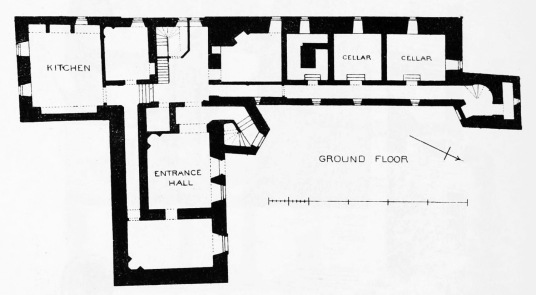 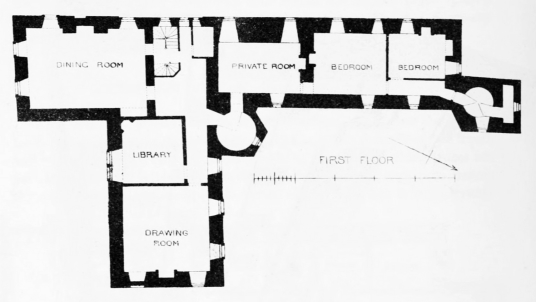 A square stair-tower rises at one corner of the tower, the top storey of which is corbelled out. A later semi-hexagonal stair-tower stands in the re-entrant angle, and contains the entrance. There is much fine decorative stonework. The walls are pierced by shot-holes. 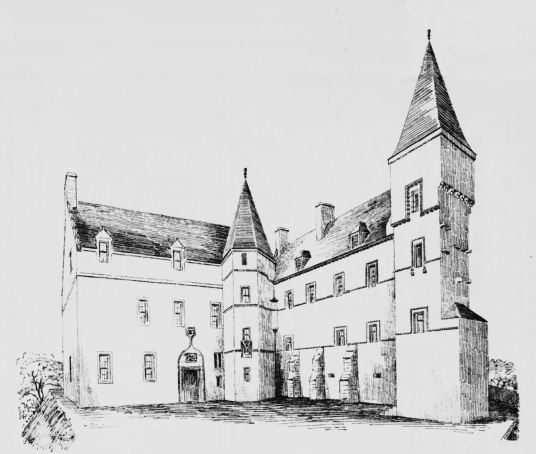 The place is prominently marked on Blaeu’s map of the middle part of Galloway as ‘Cast Kenmoir’. 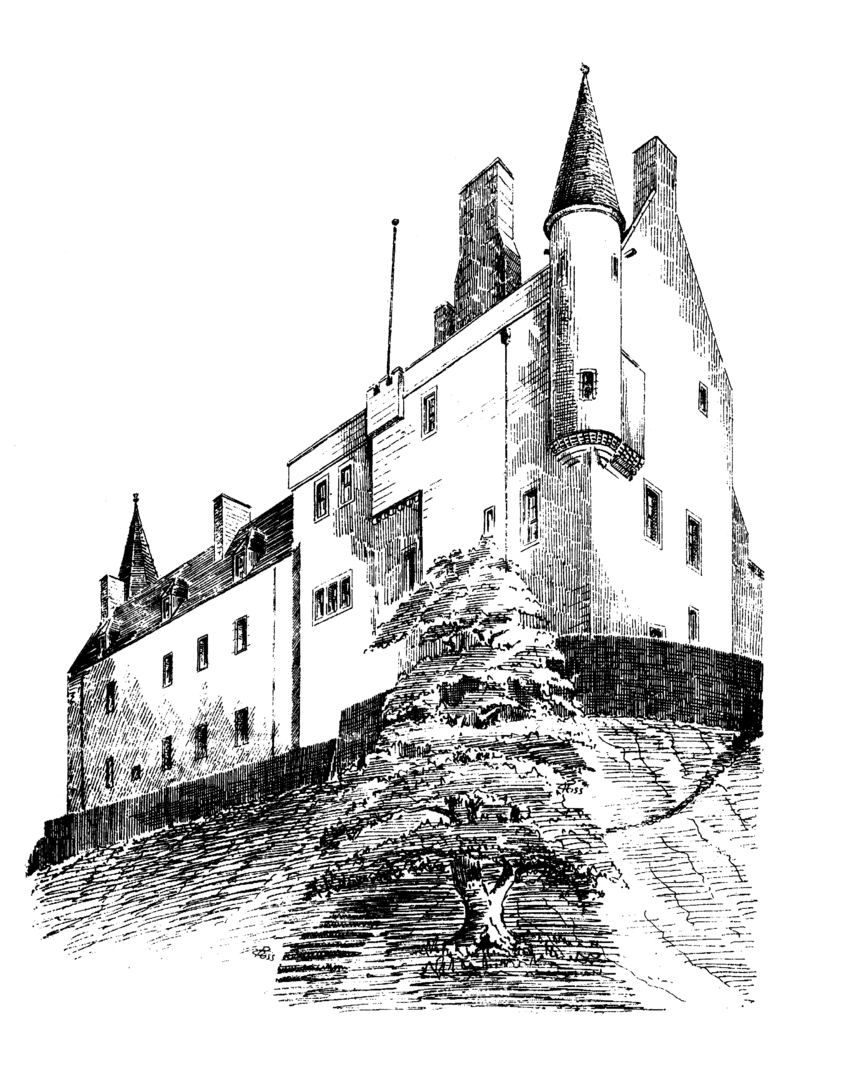 There may have been a stronghold here of the Lords of Galloway, and John Balliol might have been born at Kenmure, rather than at Buittle Castle, and he used an early castle here. On his forced abdication as King of Scots, the property probably went to the Maxwells, but then passed to the Gordons of Lochinvar about 1297. 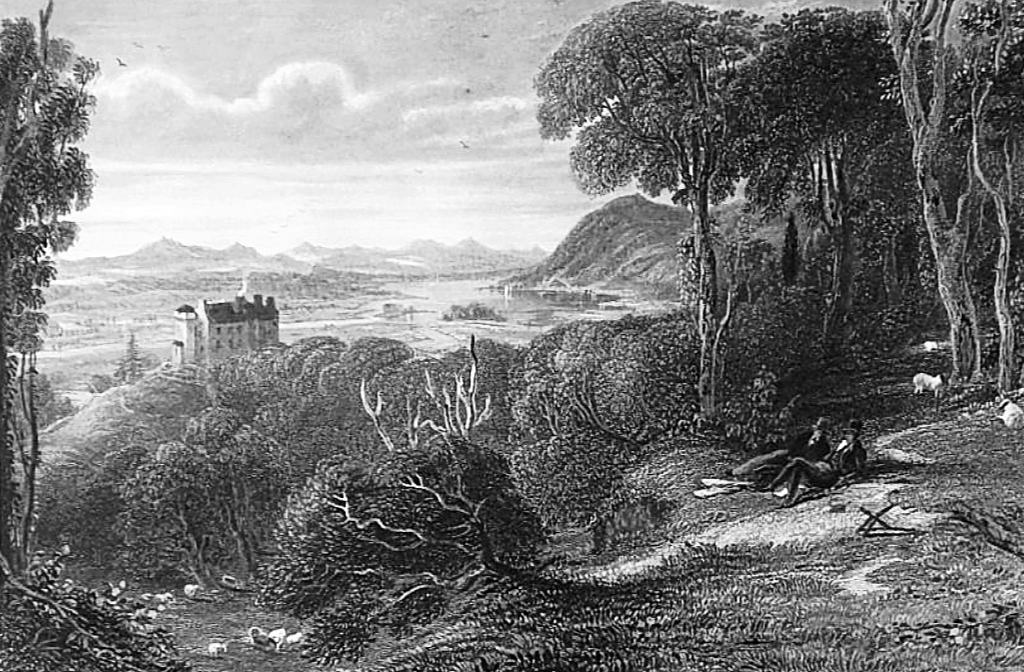 The castle was torched after the Gordons had entertained Mary, Queen of Scots, here in 1568. In 1633 Sir Robert Gordon of Kenmure was made Viscount Kenmure, and the castle was burned by Cromwell in 1650 after the family supported Charles I. 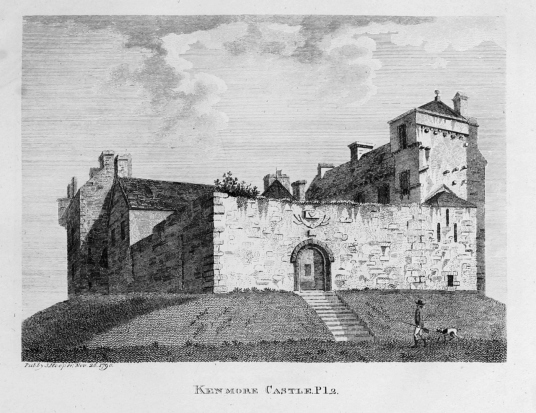 William, 6th Viscount, was beheaded in the Tower of London for supporting the Jacobite Rising of 1715 after being captured at the Battle of Preston, and the family were forfeited. 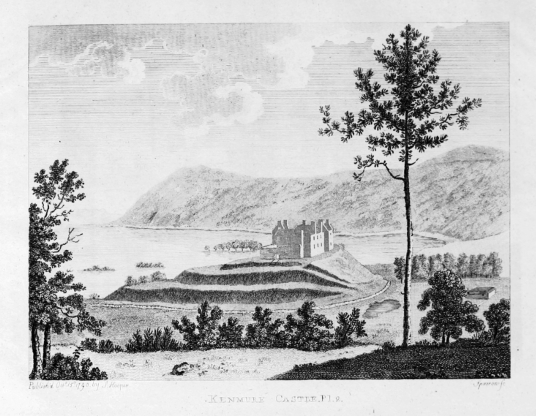 The property was recovered, and the castle was restored from ruin in the 18th century. It was visited by Robert Burns. 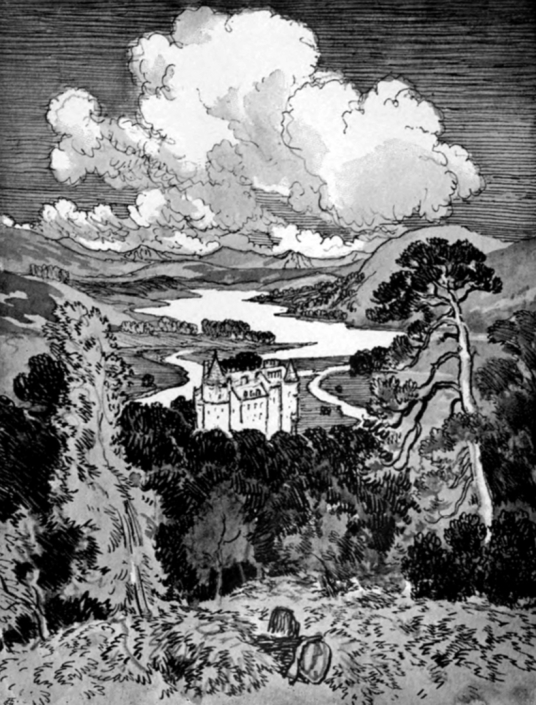 Adam Gordon, Viscount Kenmure, died in 1872 without issue and the title became extinct on his death. Kenmure passed to his sister, but the family sold the estate in 1935. After being used as a hotel, it was stripped in the 1950s. It is now a ruined but impressive shell. 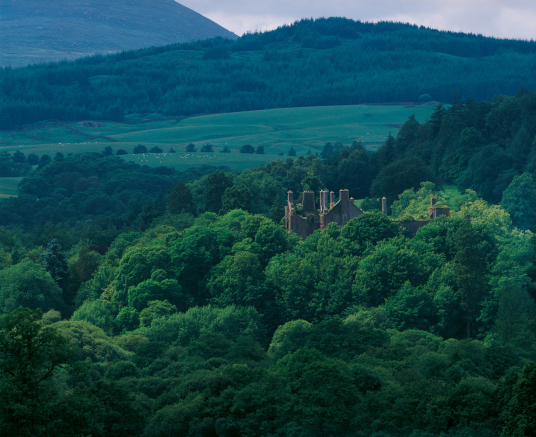 Kenmure Castle (© and many thanks Tom Wolf www.tom-wolf.com)

There are stories of a tunnel leading from the castle, and the building is said to be haunted by the ghost of a headless piper.