Ardvreck Castle, a ruinous old stronghold of the MacLeods of Assynt, in a beautiful spot on the banks of Loch Assynt, with the ruin of Calda House, a later house of the Mackenzies, nearby, near Inchnadamph, in Sutherland in the north of Scotland. 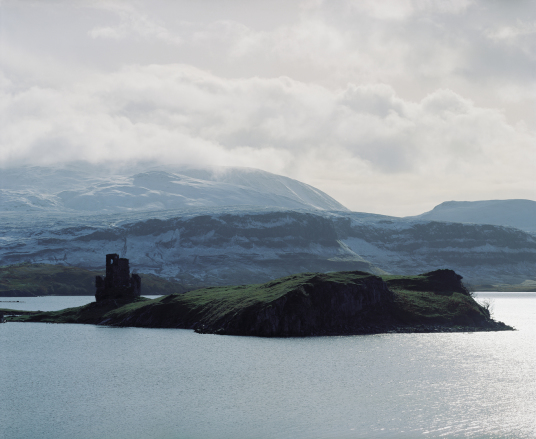 Sutherland & Caithness: About 1.25 miles north and west of Inchnadamph, on foot west of A837, on promontory on north side of Loch Assynt, at Ardvreck Castle.

OPEN: Access at all reasonable times – view from exterior. 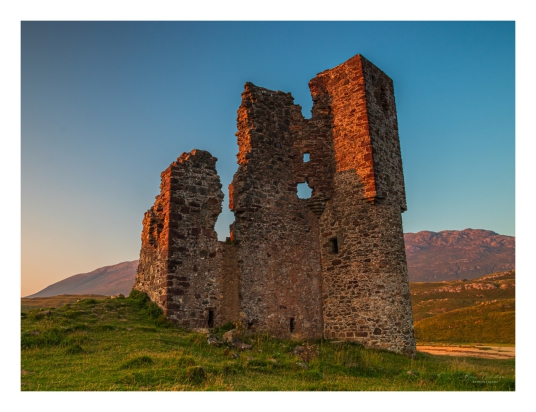 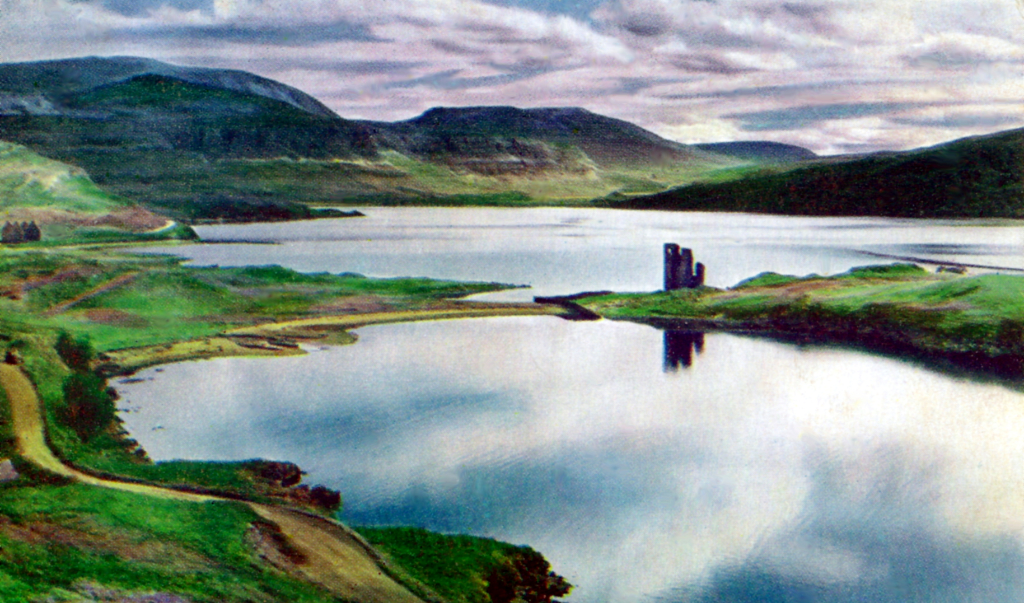 Ardvreck Castle: Calda House is to the left (old postcard) 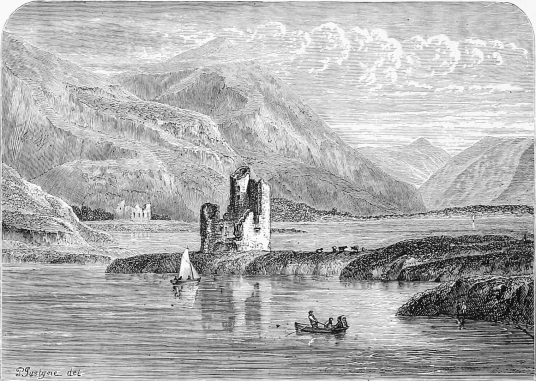 Ardvreck Castle: Calda House is to the left (Groome, 1885)

Standing on a peninsula in the remote and picturesque Loch Assynt, Ardvreck Castle consists of a ruined square tower of three storeys, with a round stair-turret corbelled out to square. The castle was much altered in the 16th century, and there was a walled garden. A rampart cut off the peninsula.
The basement was vaulted, and the walls are pierced by shot-holes. 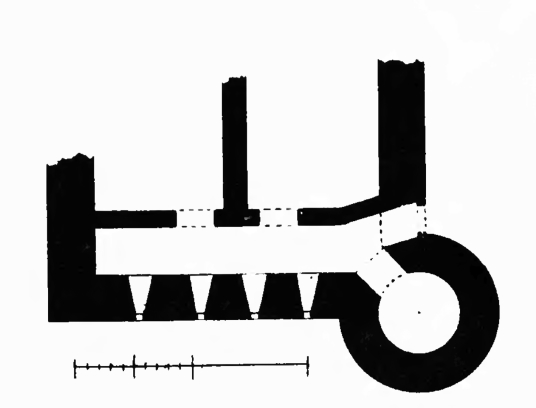 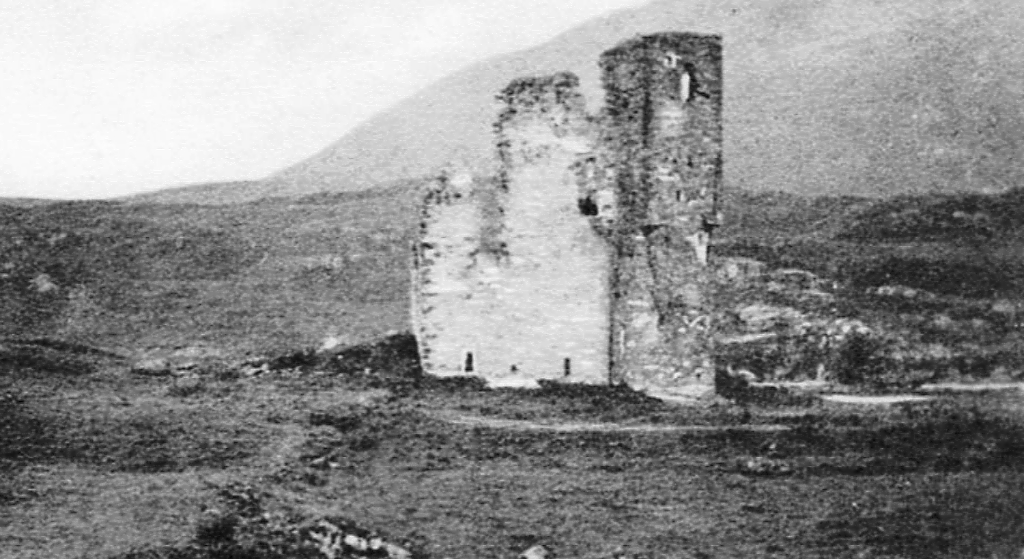 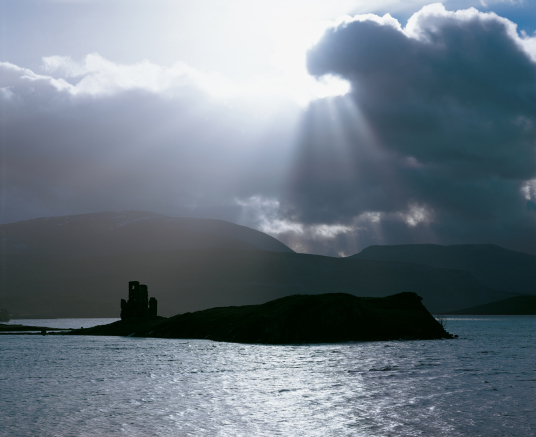 This was a property of the MacLeods of Assynt, who built the castle, and Donald Macleod of Assynt is on record in the 1640s. It was where James Graham, Marquis of Montrose, took refuge in 1650 after losing the Battle of Carbisdale. Montrose was betrayed to the Covenanters, and subsequently executed in Edinburgh, his body dismembered and displayed in public. 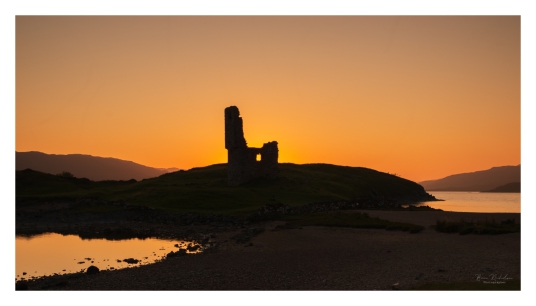 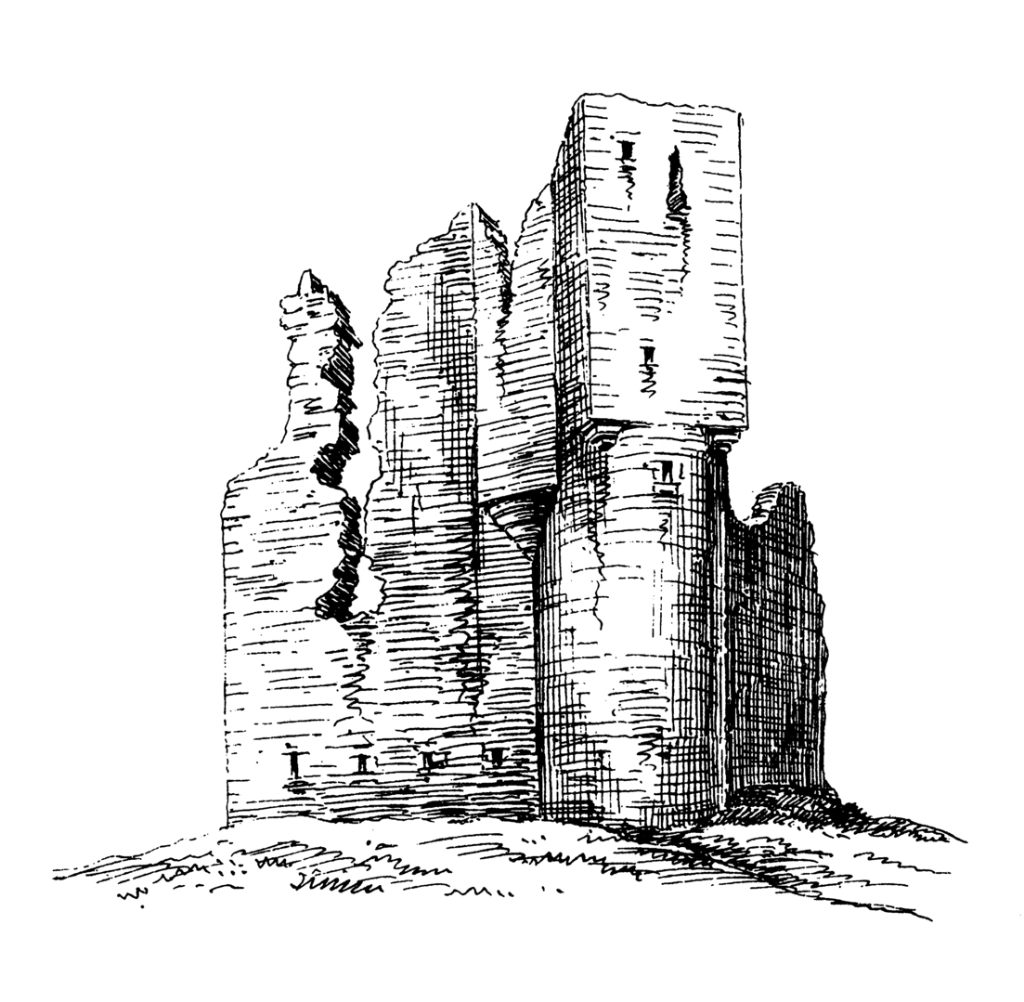 The castle was sacked in 1672 by the Mackenzies, and was replaced by Calda House [NC 254234], south-east of Ardvreck by the main road and also on the shore of Loch Assynt, itself burnt out by the MacRaes in 1760 and never restored. The property had passed to the Mackenzies, but they were forfeited after the Jacobite Rising, and it was sold to the Earl of Sutherland in 1758. 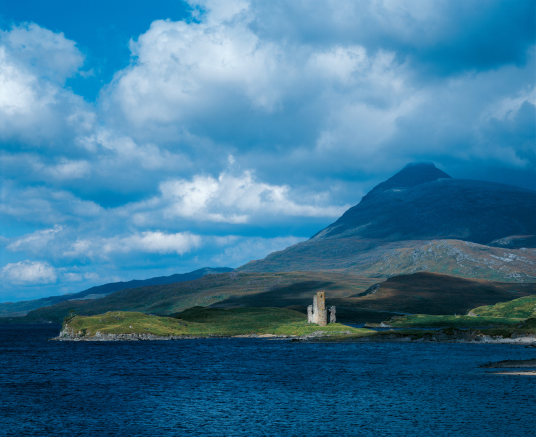 The castle is said to be haunted by the weeping ghost of one of the daughters of a MacLeod chief, who threw herself out of one of the windows after being promised to the Devil, as well as the ghost of a tall man, clad in grey.
The MacLeods has a burial vault at Inchnadamph [NC 249220]. The church dates from the middle of the 18th century but replaced a much older building from the 15th century, in which the burial vault was constructed. There are old memorials in the burial ground. 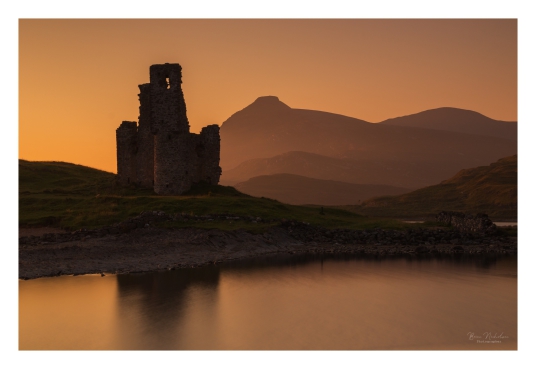 Sutherland & Caithness: About 1.0 miles north and west of Inchnadamph, just west of A837, on north side of Loch Assynt, at Calda House. 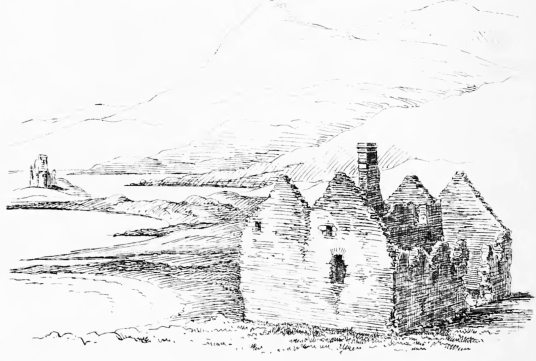 Calda House consists of a large and substantial ruinous mansion of two stories with double gables, and replaced Ardvreck Castle [NC 240236]. ‘Caldarr’ is marked on Pont’s map of Assynt, although it does not appear to be associated with any building. The name is also given as Edderchalder in MacGibbon and Ross. 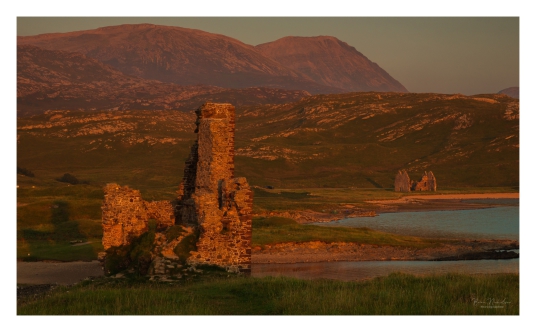 The lands were a property of the MacLeods of Assynt, but passed to the Mackenzies, and they built the house about 1660. The family were said to have held riotous parties, and soon became short of money. The house was plundered and torched in 1737, perhaps deliberately by the Mackenzies as they were in debt. The Mackenzies were forfeited after the Jacobite Rising, and the house was sold to the Earl of Sutherland in 1758. The house is said to have been burnt out again, this time by the MacRaes in 1760, and it was never restored. 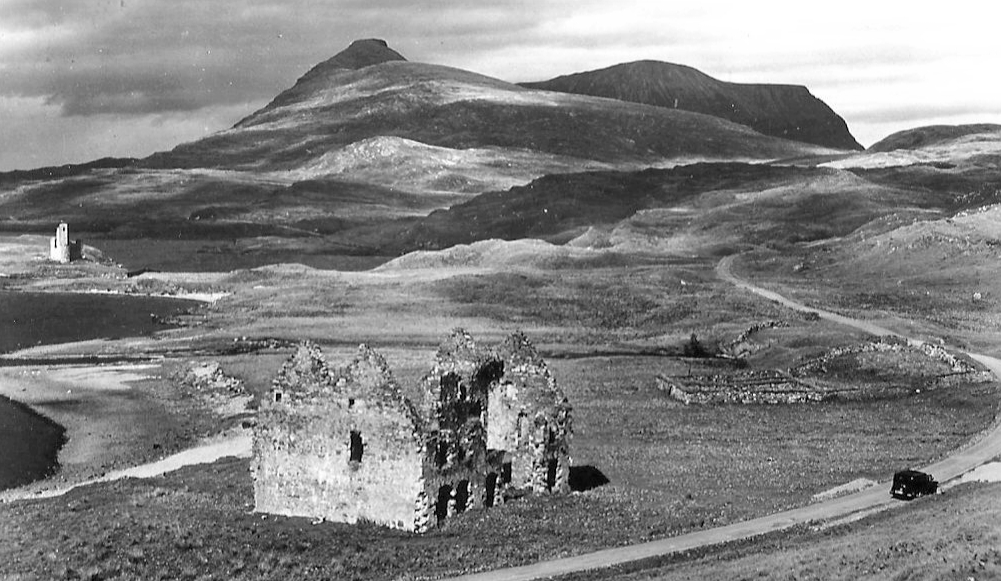 The ruins are said to be haunted, after one of the Mackenzies’ wild parties continued from the Saturday well into the morning of the Sabbath. The building is said to have been engulfed in flames, perhaps after being struck by lightning, roasting nearly all those inside, divine punishment, it was said, for desecrating the Sabbath. Only one man was saved, a piper who refused to play into Sunday morning.
The ruins are said to be haunted by the apparition of a woman. There are also reports of eerie lights seen around Calda, in the middle of the night, making motorists think that cars are approaching, although they then do not encounter any other vehicles.