Borders: About 3 miles east of Chirnside, on minor roads south of A6105, north of Whiteadder Water, west of Foulden hamlet, at Foulden Bastle.

Site of bastle or tower house, the last vestige of which was apparently removed around 1835. A doocot survived the bastle, only to be demolished in the 1960s. Standing at Foulden village near the parish church, Foulden House [NT 933557] was a large classical mansion of three storeys with lower flanking wings, but this building has also been demolished. 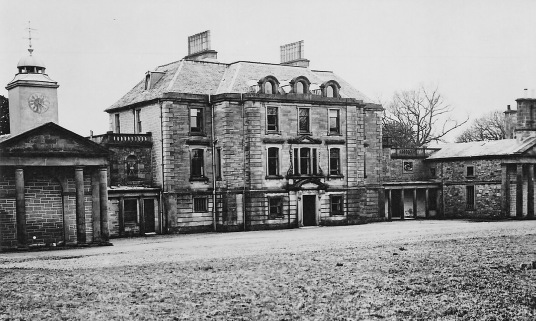 ‘Fouldountoun’ is marked on Blaeu’s map of The Merse.
The property was held by the Ramsays from the end of the 13th century or earlier. In the graveyard of Foulden Church is a stone for Ramsay of Dalhousie with the inscription: ‘Hier lyeth ane honorabil man Georg Ramsay in Fulden Bastle who departit 4 Jan 1592 and of his age 74’. Ramsay was apparently a notorious Border reiver. 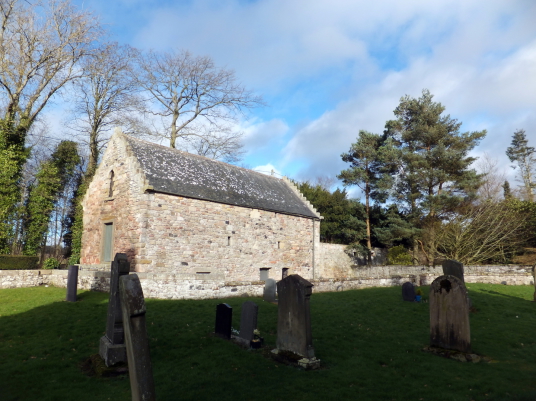 The property went to the Home Earls of Dunbar in 1606, when the lands, town and barony of Foulden, with tower, fortalice and manor place is mentioned in a ratification in favour of George Home, although it is not clear if this refers to the bastle or some other tower in the village. 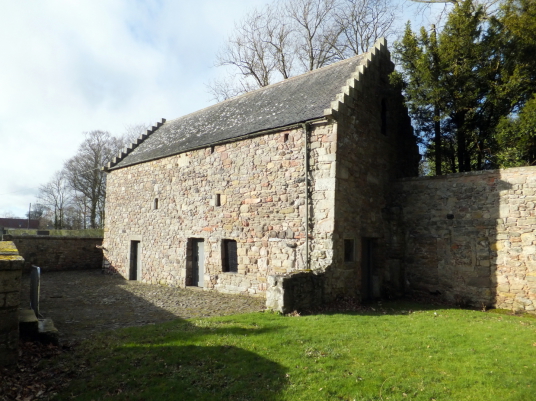 By the parish church [NT 931558] is a two-storey building with corbiestepped gables, which has been identified as a tithe barn. These were used to store grain and other produce as payment of tithes, a tenth of produce, to the church, in this case Coldingham Priory. Why Foulden would need such a dedicated barn is not entirely clear. The building has been much altered, although at one time had a large chimney stack.

It is possible, however, that this is actually a bastle or some other either domestic or defensible building. 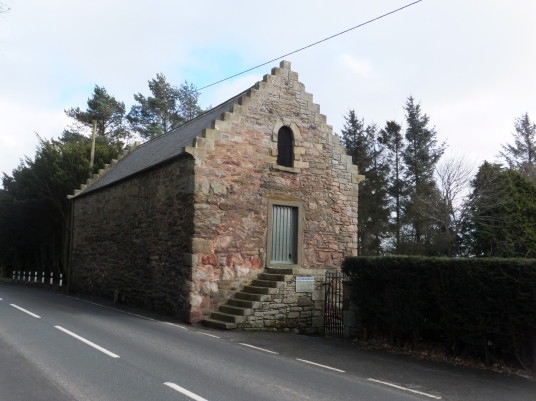 The only other possible tithe barn in Scotland has been identified at at Whitekirk, behind the fine church there; however it is likely that this was never a tithe barn and was possibly the pilgrim's hostel later remodelled as a tower house by Oliver Sinclair, then later used as a barn or store, which actually makes it far more interesting… 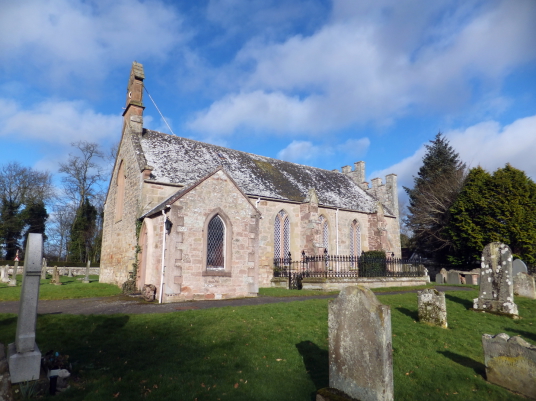 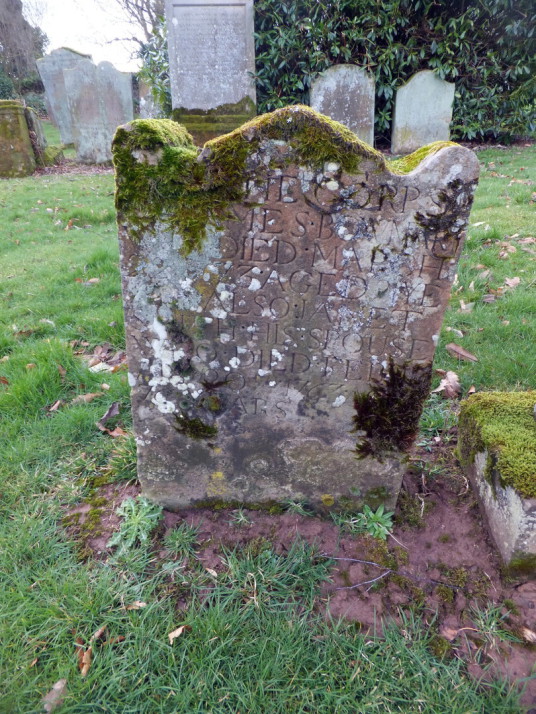 In a scenic wooded spot with fine views, the parish church is an attractive building dating from the end of the 18th century but on a much older site associated with Coldingham Priory. The bell dates from the beginning of the 18th century. In the burial ground are many old carved burial markers, several dating from the 17th century, and a medieval octagonal font is now kept in the church. Foulden was the scene of meetings between commissioners for Scotland and England following the exeuction of Mary, Queen of Scots.