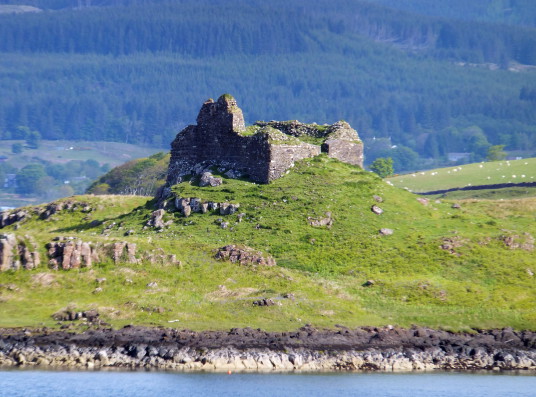 Not much remains of Ardtornish Castle, a simple 13th- or 14th-century hall-house, built on a rocky crag. There are foundations of other buildings. 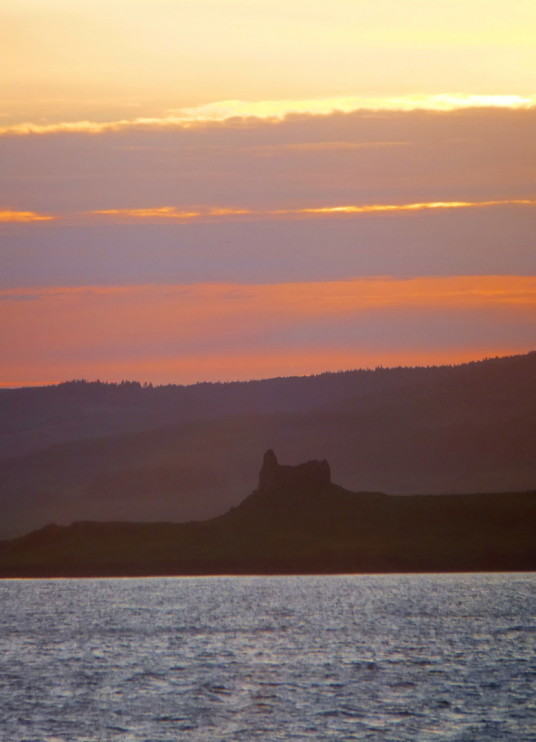 This was a property of the MacDonalds. The laird of MacInnes and five of his sons were murdered here about 1319. John, Lord of the Isles, died at Ardtornish in the 1380s and was buried with other members of his family on Iona. It was here that John MacDonald, Lord of the Isles and Earl of Ross, signed the treaty of Westminster-Ardtornish in 1461 – by which he, the Earl of Douglas, and Edward IV of England agreed to divide Scotland between them. The plan came to nothing, and James IV had destroyed the Lordship of the Isles by 1493. The castle then passed to the MacLeans of Duart, but was abandoned towards the end of the 17th century. The lands went to the Campbells. The castle was consolidated at the beginning of the 20th century. 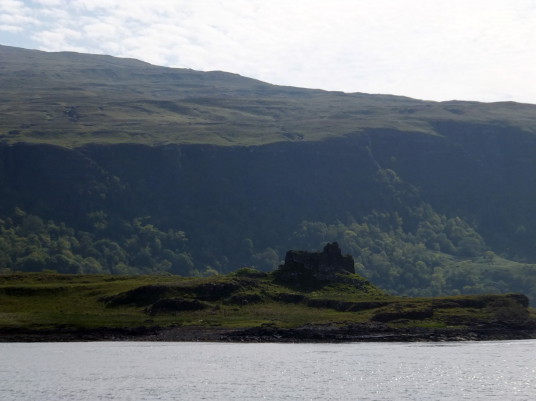 Built some miles further inland to the north, Ardtornish House or Tower [NM 703475] is a substantial long mansion of two storeys and an attic with a taller and imposing tower, dating from 1856-66. This replaced an earlier house nearer the old castle, dating from the mid 18th century [NM 693433] and which was demolished in 1907. Ardtornish was a property of the Smiths, distillers from London, from the middle of the 19th century, but is now owned by the Raven family, and the house has been divided and has five holiday apartments.

Ardtornish is a 35,000-acre estate with 25 acres of established gardens around the house, with as many as 200 species of rhododendrons, exotic shrubs and water features.