Aberdeen & Gordon: About 6 miles east of Huntly, on minor roads west of B9001, 1.5 miles west and north of Largue, at Frendraught House. 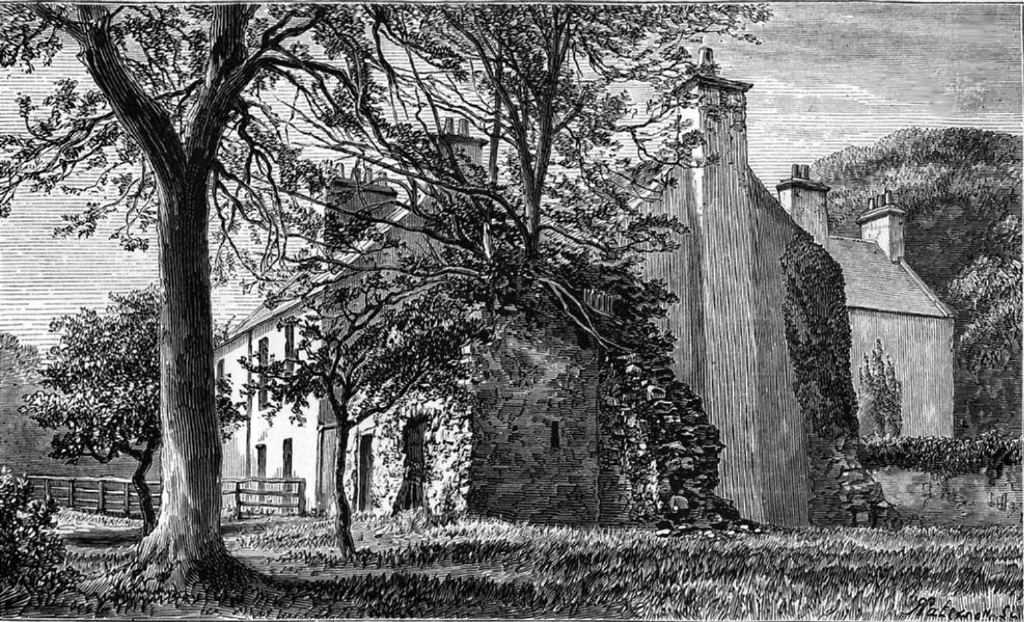 Site of 13th-century castle, which was burnt in 1630. The present house dates from 1656, was remodelled in 1753, extended in 1790, and incorporates a small part of the old castle. The present house is a symmetrical two-storey block with a tower of three storeys at one end. The tower had a battlement and open rounds crowning the corners. The walls are harled and whitewashed.
This was a property of the Crichtons, and James V visited in 1535. James Crichton of Frendraught is mentioned in 1625, and the castle was torched in 1630 during a feud over land with the Gordons. Six Gordons, including William Gordon, Lord Rothiemay, and John Gordon, Lord Aboyne, were burned and killed in the castle, although Crichton escaped with his folk. James Crichton of Frendraught was tried and acquitted of their murders, although one of his servants was executed. Lady Rothiemay certainly believed in Crichton’s involvement: she employed Highlanders to attack and plunder his lands and family. Lady Rothiemay was eventually imprisoned in 1635, although she was later released.
Crichton’s son, James, was made Viscount Frendraught in 1642, and although a Covenanter, fought for the Marquis of Montrose in 1650. He was captured after being wounded, and died soon afterwards.
The property passed to the Morrisons about 1690. The house was restored in 1974 and is still occupied.
The castle is said to be haunted by the ghost of Crichton’s wife, Lady Elizabeth Gordon, daughter of the Earl of Sutherland, who may have been involved in the torching of the castle. Her apparition has been described as a dark woman wearing a white dress edged with gold.