Fife: In Dunfermline, a short distance from the abbey church, south of A994, in Pittencrieff Park. 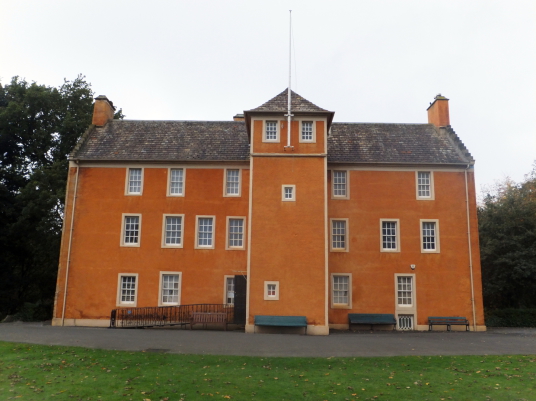 Built with stone from the nearby royal palace at Dunfermline, Pittencrieff House is a 17th-century T-plan house of three storeys and a garret. It consists of a main block and stair-tower, which rises a storey higher to be crowned by a watch-chamber. The walls are harled and yellow-washed. It was extended in 1740.
The entrance is in the foot of the stair-tower.
‘Pittincreiff’ is marked on Blaeu’s map of Fife. 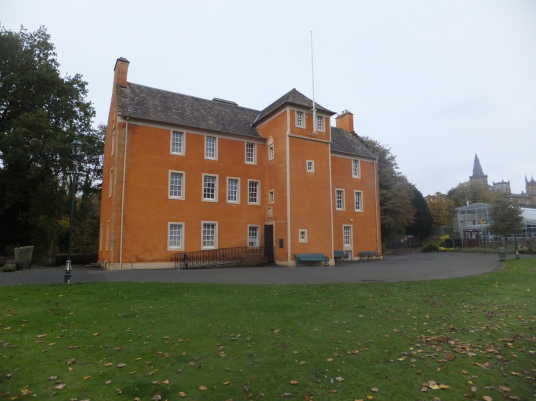 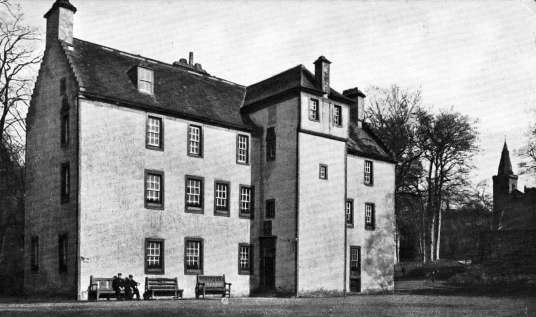 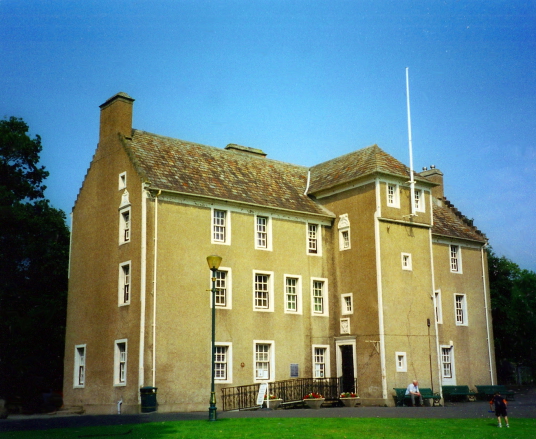 The property went to the Clerks in the 17th century, and Sir Alexander Clerk of Pittencrieff built the house. The estate was sold in 1762, then in 1763 was held by a Colonel Forbes, who in that year sold it to the Grants, then it passed to the Phins, then to the Chalmers family. Pittencrieff was held by the Hunts from 1800, and the house was remodelled by Sir Robert Lorimer in 1908 when it was bought by Andrew Carnegie. The family of Hunt of Pittencrieff and Logie continues, and the family apparently still live in Dunfermline. 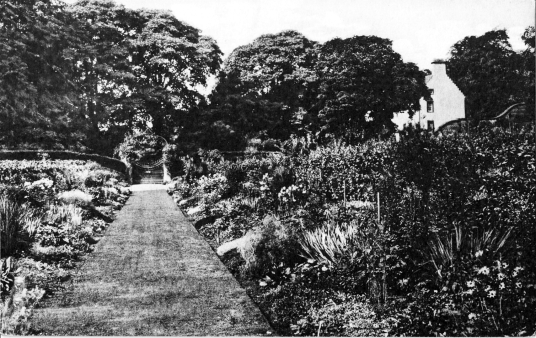 The house and park were given to the town by Andrew Carnegie in 1903, and the property is administered by the local council. The house is now a museum, and has a permenant exhibition about the park and Dunfermline. The park, which has about 750,000 visitors a year, is laid out over 76 acres and there are many other attractions, including glasshouses, The Glen Pavilion (an Art Deco pavilion with a cafe), and the scant remains of Malcolm’s Tower. The park is home to much wildlife and many birds, including peacocks. 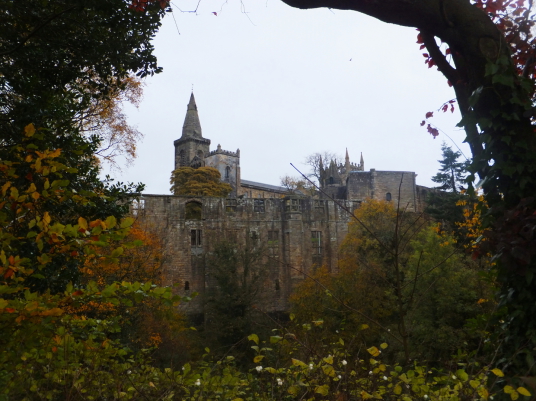 The partially ruined Dunfermline Palace and Abbey is nearby and is an impressive sight from Pittencrieff Glen, and Abbot House is near the Abbey Church in the Heritage Quarter of Dunfermline.