Fife: About 0.5 miles east of Auchtermuchty, just west of B936, about 0.3 miles north of Dunshalt, at Myres Castle. 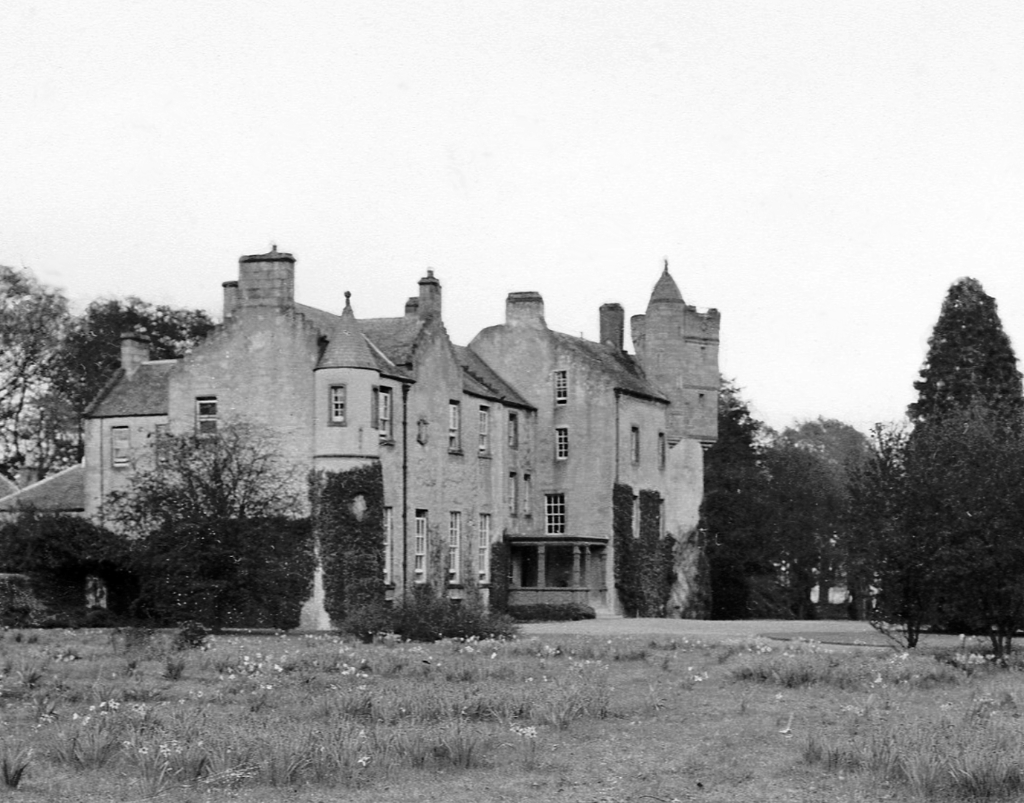 Originally surrounded by a marsh (and hence the name), Myres Castle is a 16th-century Z-plan tower house, consisting of a main block and two round towers, projecting from opposite corners. To this 17th-century work has been added, making the building E-plan. One round tower was heightened, with a corbelled-out square chamber. The walls are pierced by gunloops, and most of the castle is harled and cream washed.

There is a walled garden, laid out in the same style as one at the Vatican with many varieties of roses, as well as a kitchen garden and maze, and about 45 acres of wooded policies. There is a Spanich chestnut at the front of the house that is said to have been planted by Mary, Queen of Scots.
‘Myres’ is marked on Blaeu’s map of Fife. 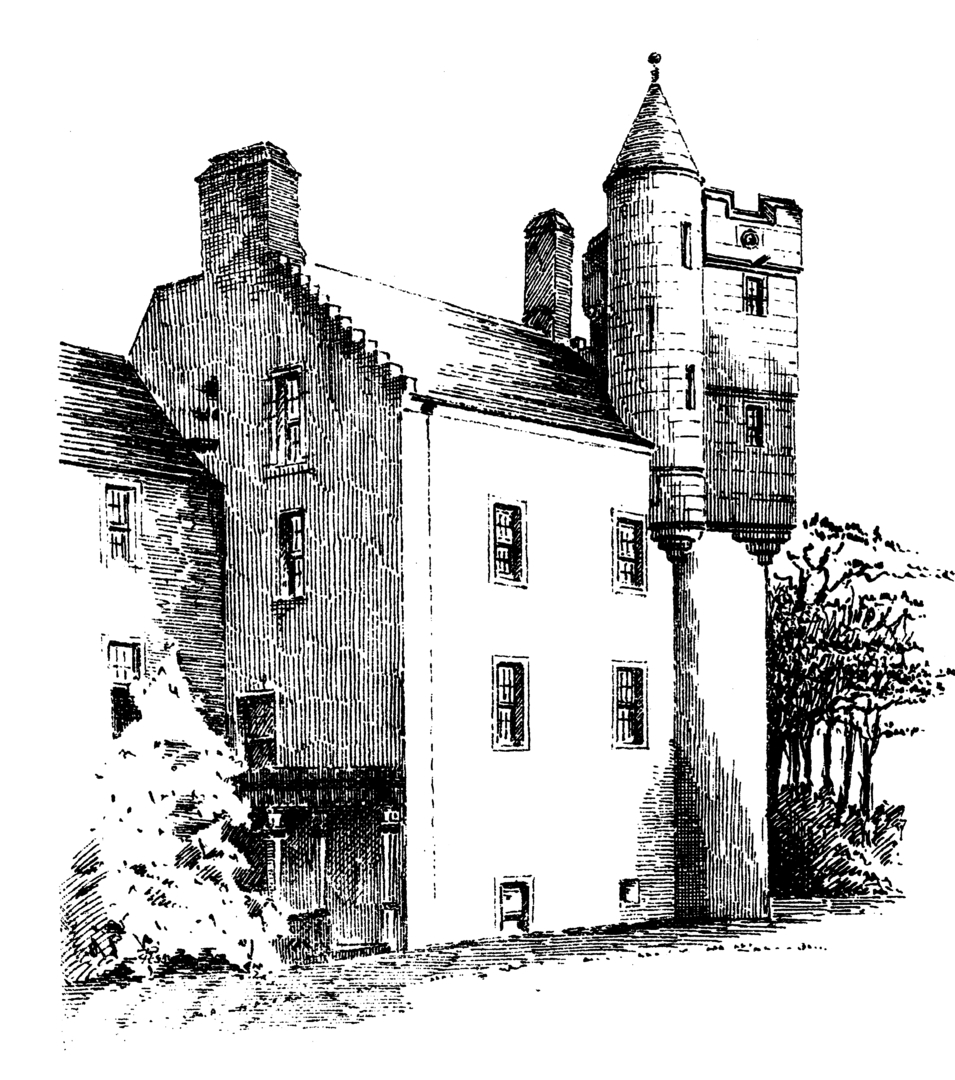 The lands were held by the Earls of Fife, and the Dukes of Albany before Murdoch, 2nd Duke, was executed in 1425. There was an earlier castle here, held by Robert Coxwell from 1424, a favourite of James I and page to him when he was imprisoned in England. It passed by marriage to the Scrymgeours, constables of Dundee and macebearers (Clavigers) to the king. The castle was built in 1530 by John Scrymgeour, Master of Works to James V. Mary, Queen of Scots, visited during hunting trips. In 1611 the castle was sold to the Pattersons, then went to the Covenanter general John Leslie, who had a ratification of 1641 which mentions the manor place, tower, fortalice etc, before passing by marriage to the Moncreiffes of Reidie about 1670. The tower, fortalice and manor place of Myres is mentioned in a ratification of 1693 in favour of George Moncreiffe of Reidie. The castle was extended and modified in 1828 by the Bruces, and was sold to the Fairlies in 1887, who held it until 1999. 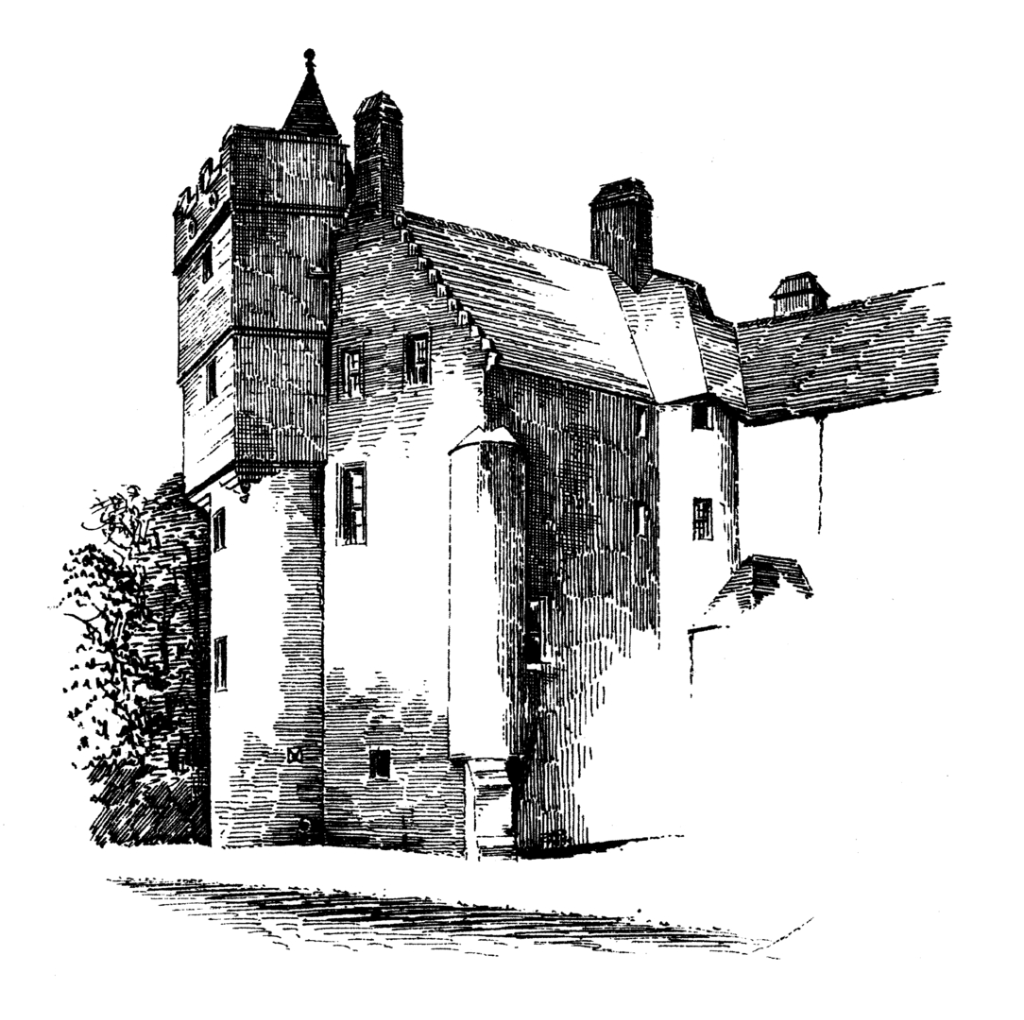 The castle was used by the army during World War II, when it housed Polish troops. The castle was put up for sale in 1997 with an asking price of over £550,000, and then in 2012 for offers over £2,500,000. The castle is now a venue for weddings and offers luxury B&B accommodation.
The castle is said to be haunted.