Borders: About 1 mile south of Cockburnspath, on minor road north of A1, just east of the Heriot Water, at Cockburnspath Castle. 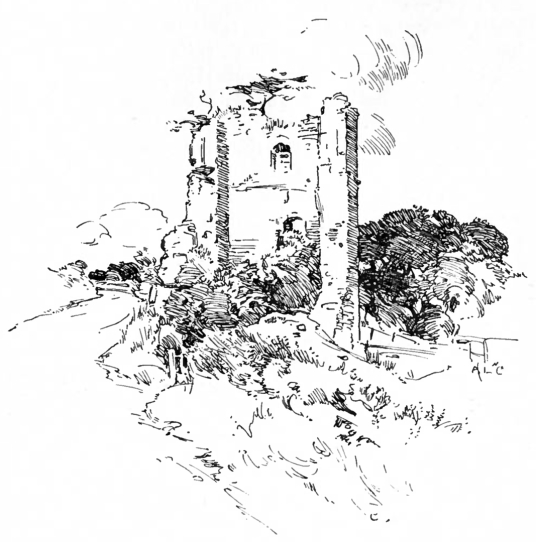 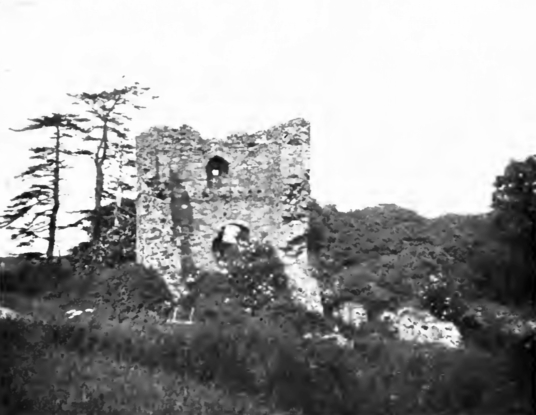 The tower was probably abandoned sometime in the 17th century, and replaced by Cockburnspath House (see below) in Cockburnspath village.

The lands with the tower, fortalice, etc are mentioned in a ratification of 1695 in favour of Sir John Hall of Dunglass. 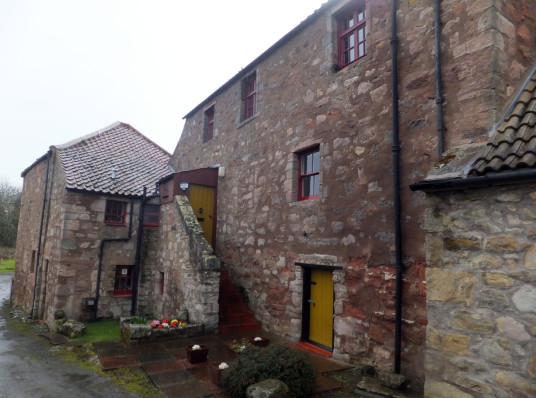 Cockburnspath: Cockburnspath House, Sparrow Castle / Old Manor House (© Martin Coventry)
Cockburnspath House, or Sparrow Castle and also recorded as the Old Manor House, built in the 16th century, consists of two offset blocks joined only at the corner, with a round tower in the re-entrant angle. The roof level has been altered and the gables remodelled. The stair-tower has had the stair removed from the lower section, the first floor now being reached by an external stair.
The original entrance was in the foot of the stair-tower, and the basement of one of the blocks is vaulted. One of the first-floor rooms has an old painted ceiling, partly revealed in 1987.
This building replaced Cockburnspath Castle (see above). The Arnots were in possession in around 1625, when it passed to the Nicolsons, and they built a burial aisle at the nearby parish church. The lands with the tower, fortalice, etc are mentioned in a ratification of 1695 in favour of Sir John Hall of Dunglass.
Although abandoned at one time, the building has been restored and reoccupied. 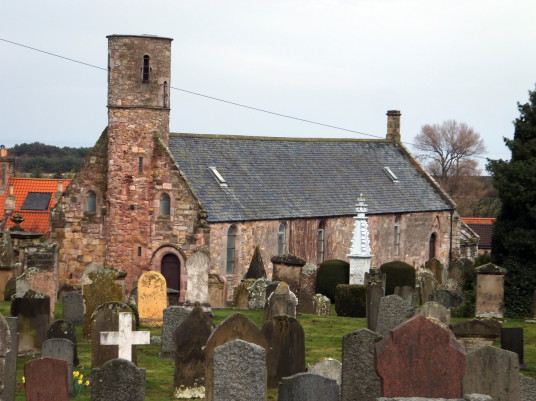 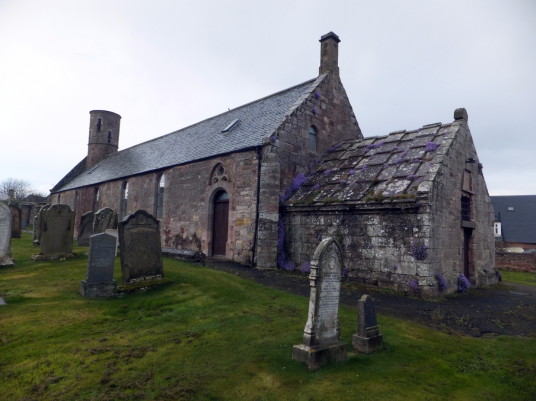 Cockburnspath is an attractive village in a scenic area. Cockburnspath Church [NT 774711], at the centre of the village, is a rectangular building, probably dating from the 16th century, although on an older site. The church has an unusual round tower at one end, dating from about 1650, and a small burial vault at the east end of the church, dating from the 17th century and built by William Arnot in 1614, then used Sir William Nicolson.

The market cross {NT 774711], probably dates to the 16th century, and stands on a stepped plinth, about ten foot tall and is decorated with thistles and roses.

In the 19th century, Scottish painters, including the Glasgow Boys Sir James Guthrie and Edward Arthur Walton, lived here and painted in the surrounding countryside.